A Revolution in the Science of Psychedelics is Happening in Boulder

No longer is the psychedelic revolution represented by tie dye shirts and free loving spirits. Psychedelic activism has been on the minds of many people since its boom in the 1960s; however, now more than ever, people are stepping up and really studying the possibilities that these drugs may actually be used as medicines. This can most notably be seen with the growing acceptance of medical marijuana in our culture. That being said, it is going to be a lot more difficult for the public to understand psychedelics medicinal role.

The Multidisciplinary Association for Psychedelic Studies (MAPS) is a non-profit research and group that both advocate and do research on psychedelic substances and their potential to be used in psychotherapy. The work being done by MAPS has inspired groups all over the country to join in on the fight for psychedelics and they have worked very closely with some of the groups in the Denver and Boulder Area. Founded in 1986, the organization has come a substantially long way in its research and they are now working with several different human studies to look at the effective combination of psychedelic drugs and psychotherapy. Now MAPS has psychotherapy assisted studies with medical marijuana, LSD, Ibogaine, Ayuascha and MDMA.The major medical applications for these substances include helping treat illnesses like PTSD, cluster headaches, severe anxiety and depression.

PBS recently released a news piece entitled, “Why psychedelic drugs are having a medical renaissance.” The piece examines the recent work being done between psychedelics and psychotherapy to help treat extreme anxiety and PTSD. One study examined in the article found people with sever anxiety or depression were 60 to 80 percent felt better immediately after the experience and for as long as six months after.

So with all of this new research being done, who are the psychedelic activist in our community? Organizations like Medicinal Mindfulness and Psychedelic Club both take on similar missions as MAPS and work tirelessly for the avocation and possible regulation of psychedelic medicines. The goal is to break the stigma that has been placed around these substances and open engaging conversations about their safe use. Medicinal Mindfulness is very active within the Boulder community and holds many different workshops and events. 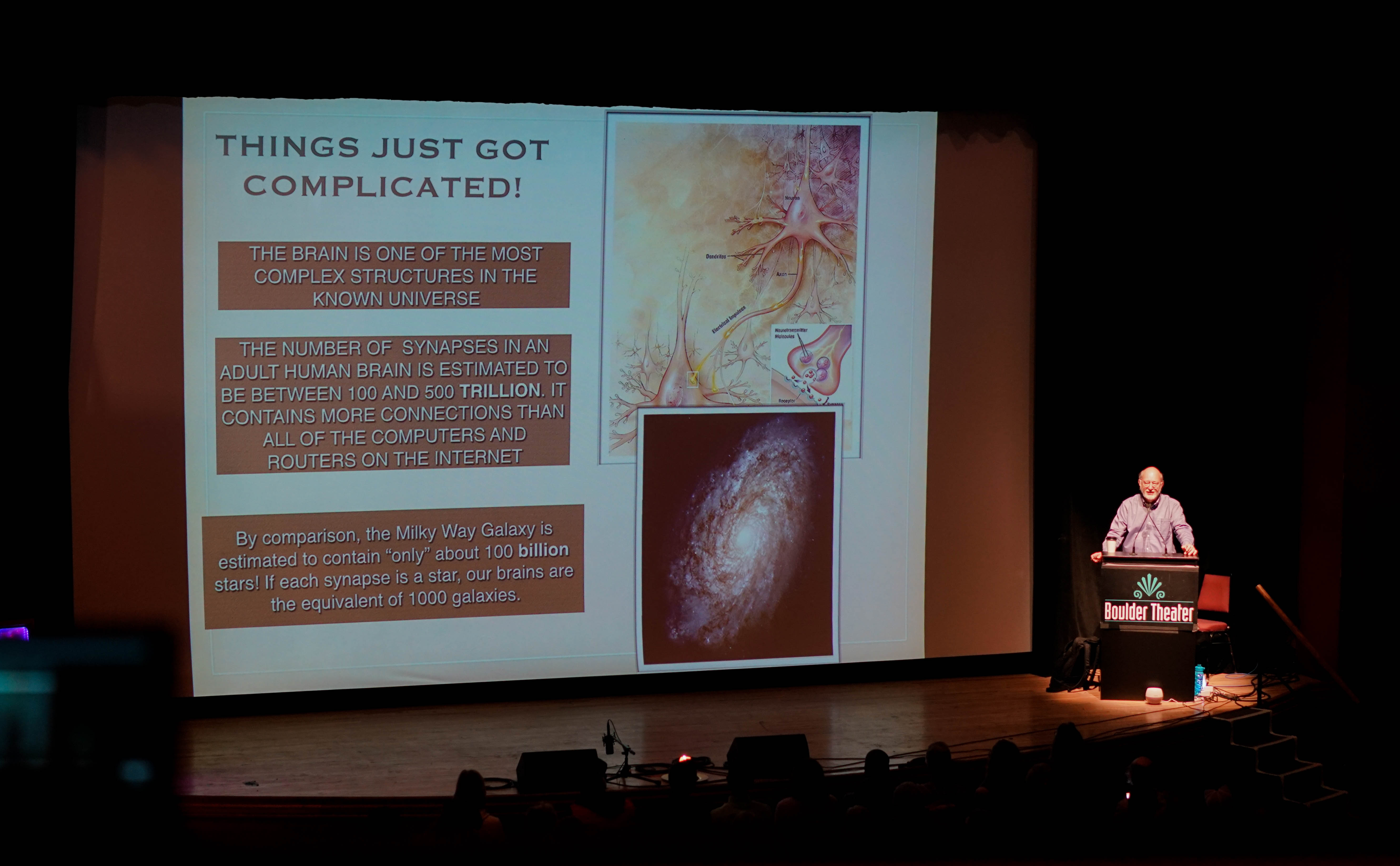 Dennis McKenna speaking at the Psychedelic Shine event in Boulder on Feb, 2017.

One of the most interesting of these workshops is a community breath work event called Conscious Cannabis Circles. Not only are they helping spread accurate information to the community, but they are also working within the community to facilitate actual psychedelic experiences. Using a combination of cannabis satvia,  some skillful breath work, the correct set and setting, and the help of their cannabis facilitators, Medicinal Mindfulness cites that it can create a “Dmt-like” experience for participants who sign up for their Conscious Cannabis events. Everything is completely legal under Colorado’s state laws and this not only can be done at their community events, but also at your own personal home at request.

Not only do they facilitate these actual psychedelic experiences, but Medicinal Mindfulness also hosts a huge informational conference on psychedelics. Co-hosted by Psychedelic Club, the extremely informational event was called Psychedelic Shine, a live speaker event that took place on February 12, 2017. The all-day event included live music, art vendors, psychedelic book vendors, and a lecture by legendary psychedelic activist Dennis Mckenna. The night ended with a powerful live community breathwork session. The conference as a whole was an awesome display of great information being spread to an interested and engaged crowd of nearly 500 people. 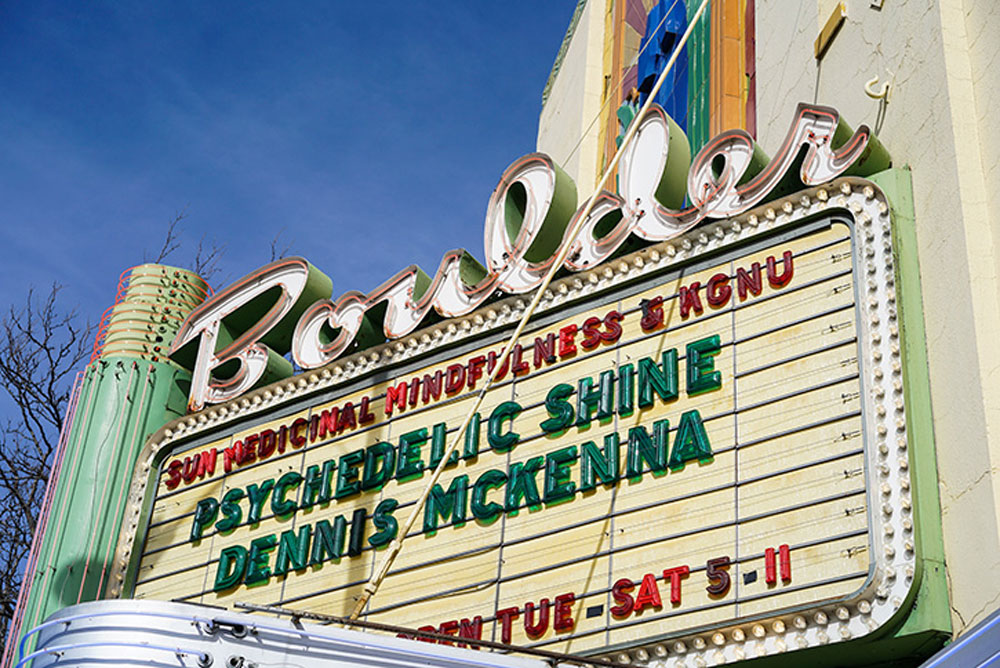 Prior to the event, 303 had the opportunity to speak with Daniel McQueen, the Executive Director of Medicinal Mindfulness and a psychedelic cannabis facilitator in Boulder. Speaking on why he chose Boulder as a home base for his organization, McQueen said, “I got my degree from Naropa University so that’s why I moved here. But Colorado in general is awesome, it’s legal with retail cannabis, so Colorado [is] a great place for us to do our work.”

Speaking bit more on the subject of Cannabis, McQueen was quick to acknowledge the subtle gap between cannabis culture and psychedelic culture. Bridging that gap from the recreational cannabis user, to the person who uses cannabis for psychedelic purposes is a huge in shifting the community perception. McQueen believes people have deep healing experiences on cannabis and is working tirelessly to help introduce this idea to the Boulder community.  He cites the recent legalization of cannabis has a catalyst for opening up peoples minds to other possibilities with cannabis and helping bridge the gap towards other psychedelic medicines.  Since starting Psychedelics Shine and promoting local psychedelic culture, the community has grown immensely over the years and is continuing to spread.

There seems to be a lot more acceptance for psychedelics when they can be used for something instead of just an experience. But I disagree with the idea that it’s the only reason to use them. I think there are other reasons to use them as well like scientific problem solving and discovery, or understanding nature and consciousness. – Daniel McQueen. – 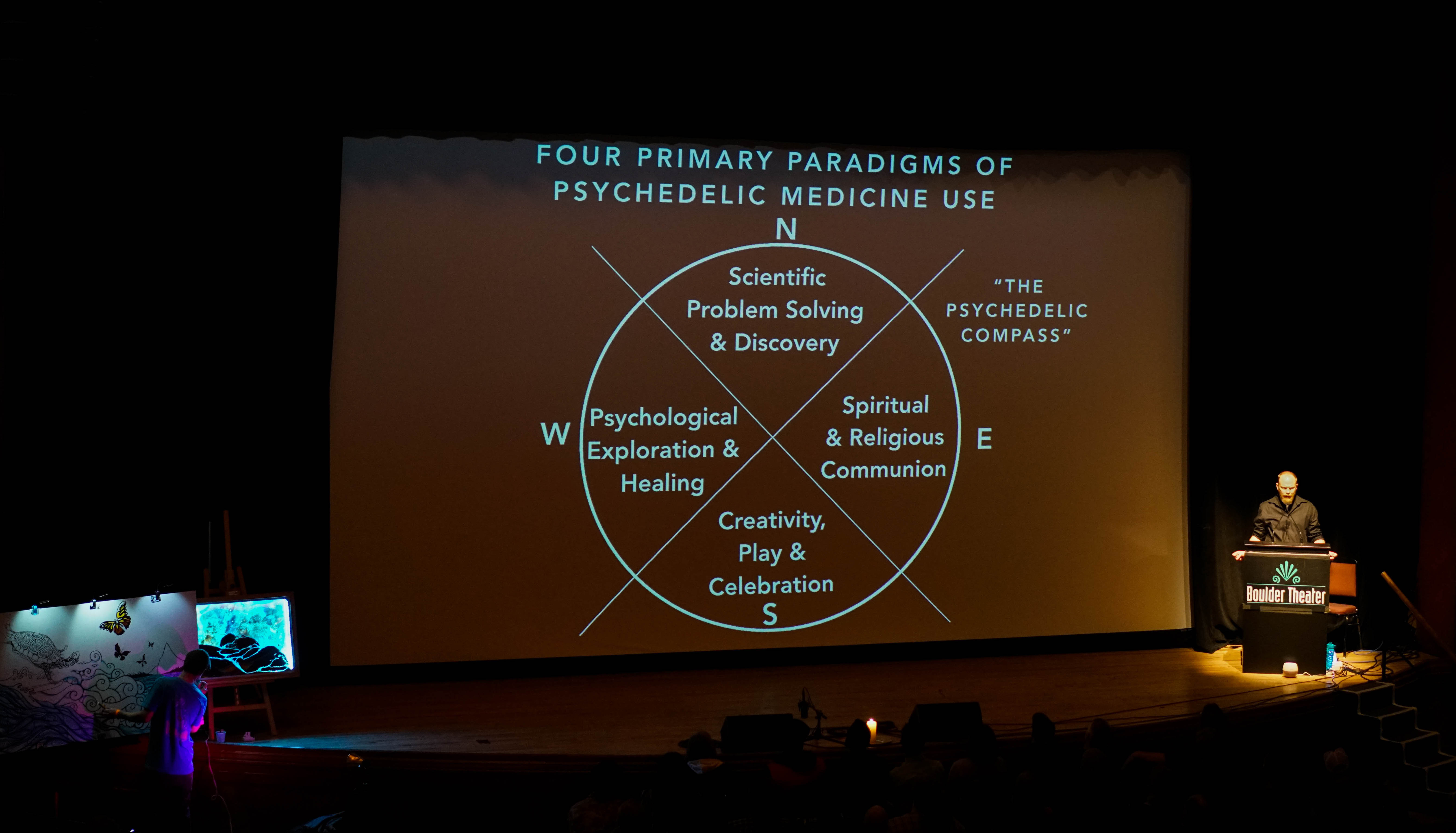 Founder of Medicinal Mindfulness, Daniel McQueen, speaking at the Psychedelic Shine in Boulder.

The Psychedelic Club of Denver was founded in July of 2016 but has been a national organization for much longer than that. The Denver chapter is a growing group of activists within the 303 area, but there is also an even larger branch in Boulder. Speaking with a few of the founders of the Psychedelic club of Denver, they all agreed – events like Psychedelic Shine will help aid in Psychedelic club’s ultimate mission.  Founder Tyler Williams explained their mission, stating it is to “to raise awareness about the truth of psychedelics as well as create a safe space for everyone to integrate their experiences. A couple specific goals would be to create criminal justice reform, creating a community around the discussion of psychedelics, and spreading more info on harm reduction.”

This event was a fantastic example of the scholarly event that can characterize this new psychedelic revolution. Instead of raving hippies dancing about and screaming of revolution, these are scientists and intellectuals working on the due diligence required to help bring about lasting change. With all of this new information being found and more people than ever actually doing research with these medicines, the time may be closer than ever for a true psychedelic revolution.

The momentum is on the side of the activist, it’s now up to science to continue on helping prove that these substances are not only safe to use, but also can be a great aid in helping fight a number of emotional and psychological ailments. 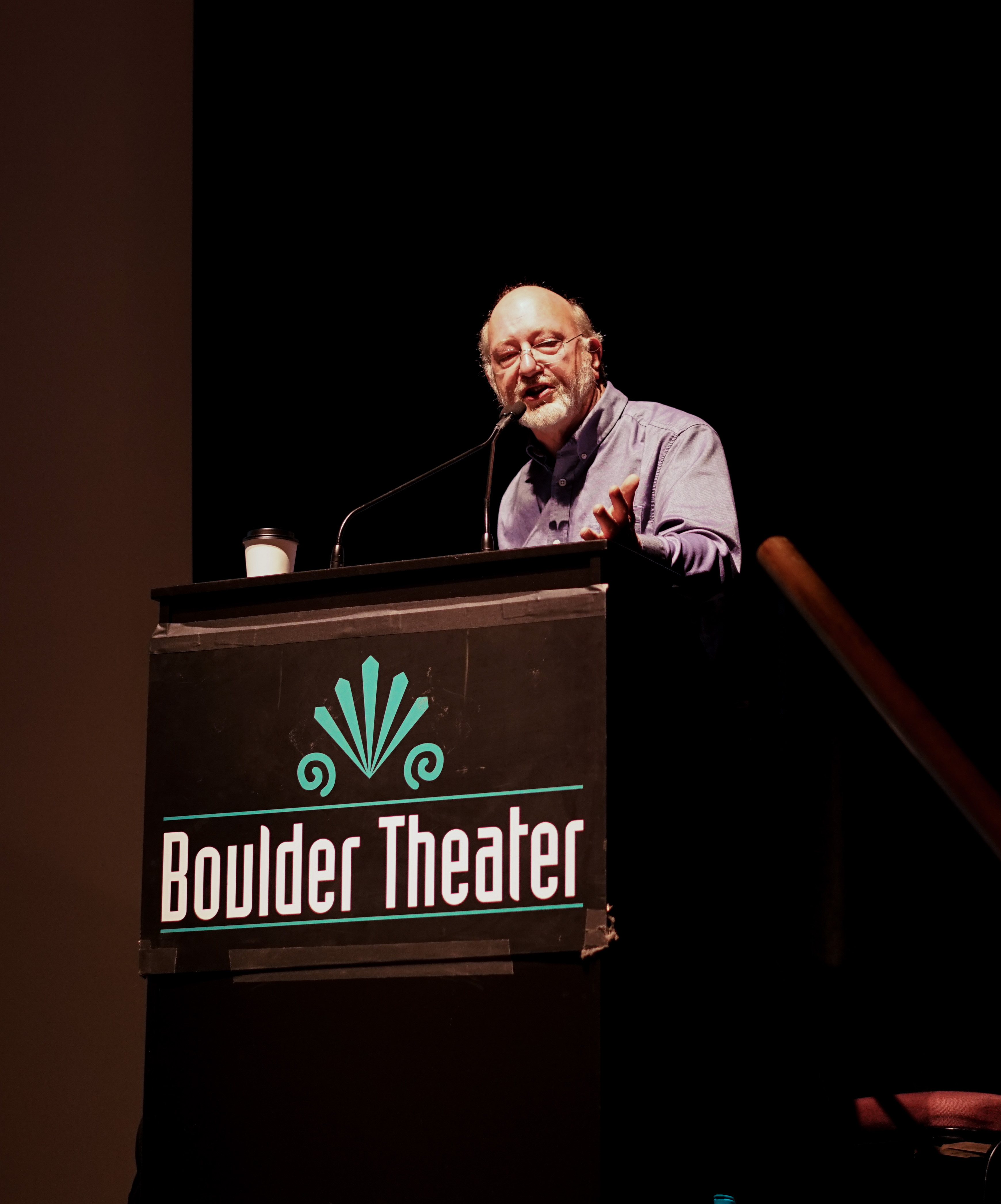 Dennis McKenna speaking at the Psychedelic Shine event in Boulder on Feb 12, 2017.