I’m not really sure what’s with this sudden new wave of DJ sets in Denver – MGMT, Toro y Moi, MSTRKRFT, The Juan Maclean and even Purity Ring to name a few. Maybe it’s because artists like to plan Red Rocks performances accordingly, or maybe it’s because of Denver’s established EDM scene. Maybe, just maybe, it’s even because Denver is now on the map for music, and in larger cities with established music scenes, popular artists performing DJ sets are just a thing. Either way, DJ sets are typically a hit or a miss. This one was undeniably a hit. Holy Ghost! didn’t disappoint, setting the bar high for 2017 with a dance party for the books. 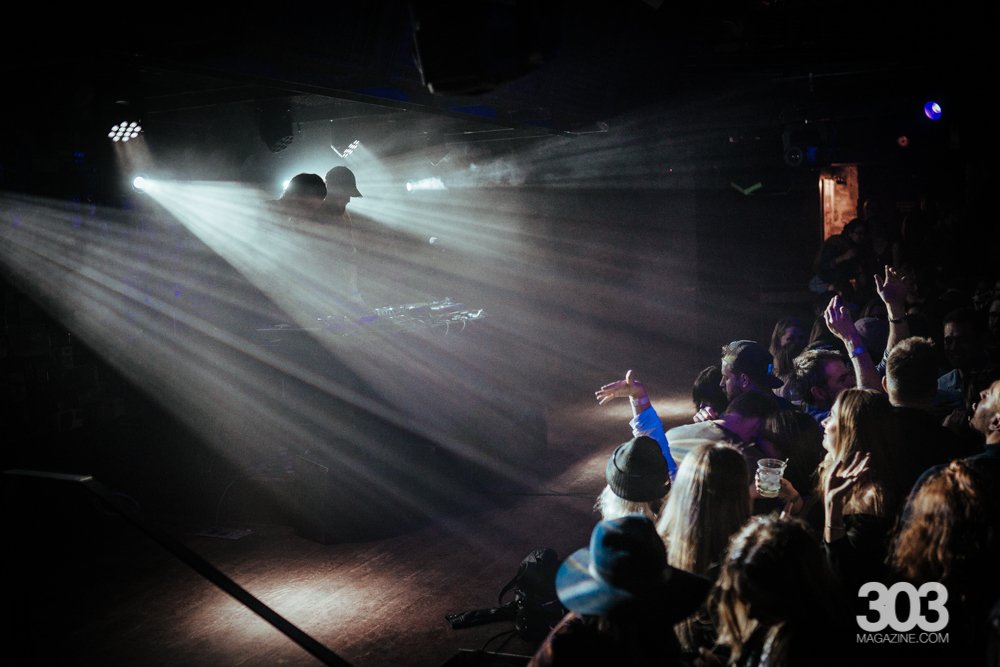 On that note, neither did Ophelia’s. It was a night of firsts for me – I had never been to Ophelia’s and I had never seen Holy Ghost!.  I know, I’m behind, but I finally made my way to the restaurant/venue concept thanks to the Brooklyn synth-pop duo. The show was sold out, and from what I heard that’s not a frequent thing at the locale. Though sold out, there was still decent dancing room and a bar staff that contributed to the ambiance with their own subtle moves to the music and positive attitudes. Between all of that and the lighting (specifically that damn good disco ball), there’s no doubt I’ll become a regular. 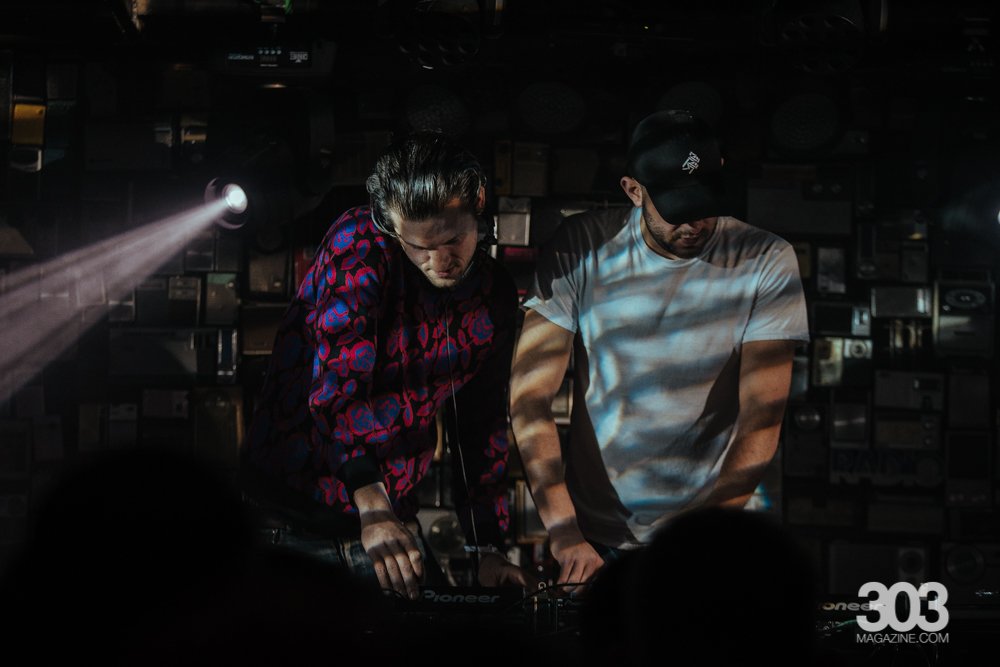 Holy Ghost! have been friends since elementary school and were even involved in a hip hop group in the early 2000s. That band was produced by none other than LCD Soundsystem’s James Murphy. Now signed to Murphy’s record label, DFA, the duo creates synth pop music reminiscent of ’80s dance music. You can read more about Holy Ghost! In our interview here, but back to the show…

I sipped my solo cup cocktail and scoped out a good spot to claim on the dance floor – which was packed. Packed can be a bad thing for many live shows, but not this one. Why? Because no one was standing still. Everyone in the audience was dancing. And not head-bobbing or gently bouncing up and down from the knees – they were taking up space and bumping into everyone around them and no one really gave a shit. Rather than complaining about the occasional elbow to the chest, the music enticed you to join in on the fun and really let loose. I mean, when the DJ’s are skillfully mixing Chromeo and David Bowie what choice do you have? 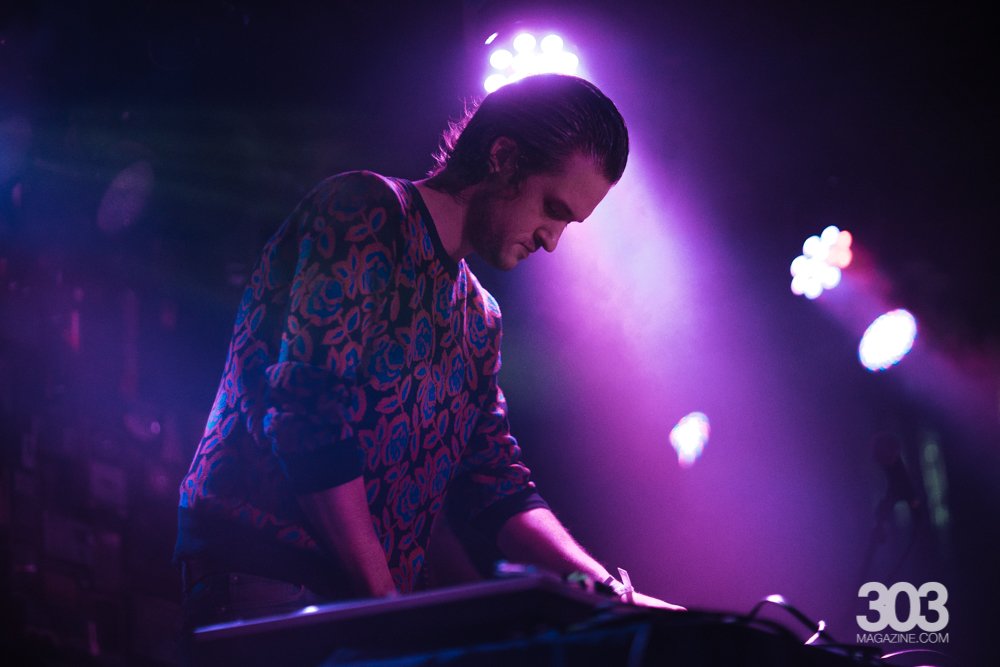 The theme of the evening was ’80s house and pop, and funk music with a tinge of electronica. In layman’s terms, it was one hell of a retro dance party. Included in the mix were classics like “Let’s Dance,” “Do You Wanna Funk” and they even closed out with “Ain’t No Mountain High Enough.” Served alongside such classics were modern tracks reminiscent of similar genres by artists such as Kraak & Smaak, Late Nite Tuff Guy and Tensnake. I’m not sure that we ever heard a Holy Ghost! track, but that’s okay (for now) because their taste in music proved flawless. The set was playfully danceable and stacked with seductive transitions like the shouting and soulful vocals of Jamie 3:26 & Cratebug to really vamp up the crowd. After some poor Denver DJ sets in 2016 I was worried about this one. However, my passion for mixing and inability to lose control on the dance floor were sparked back to life this past Saturday night. As much as I still want to see Holy Ghost! perform their own material, I consider myself incredibly lucky to have been one of the ticket holders for this sold out evening at Ophelia’s. 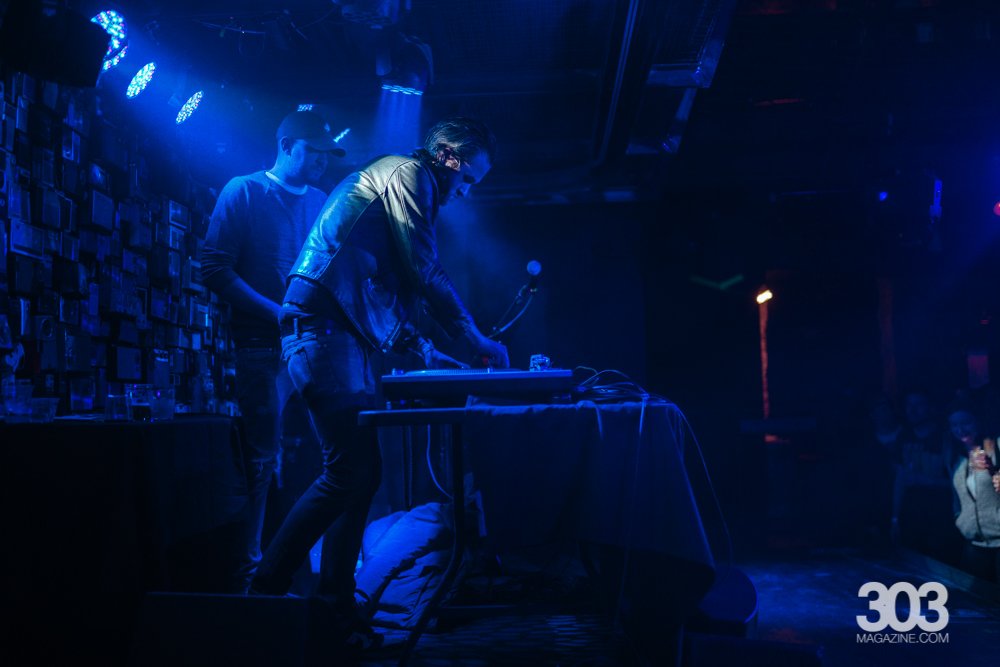 Promptly at 12:30 a.m. a new DJ took over for Holy Ghost! and started mixing indie favorites such as Ratatat’s “Loud Pipe’s,” Daft Punk’s “One More Time” and Flight Facilities’ “Crave You.” But as the transition took place and the disco ball revolved to Aretha Franklin, a sadness washed over me – not because the new DJ sucked, he was actually pretty great. Rather, because the remarkable Holy Ghost! set was over. Not only was it over, but the three-hour performance had passed by in a blink of an eye. I guess you really can dance the night away…

All photography by Ryan Good. Check out our full gallery here and our recent interview with Holy Ghost! here. 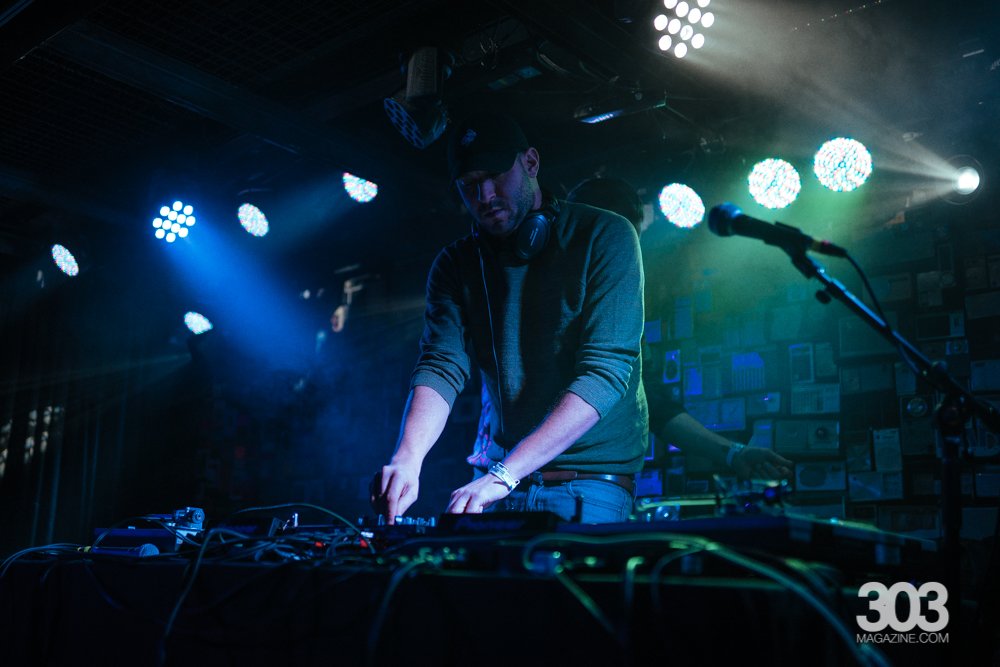