Review – You Like EDM? You Should’ve Been At Decadence

What a year it was for the electronic music scene in Colorado. With an absolutely packed summer at Red Rocks and beyond, the “bass capital” as many like call it, is also home to Decadence – arguably the largest New Year’s Eve dance concert in the country. Many, if not most of those electronic artists, had already come through Colorado this year and had no choice but to return to the Rockies and put together a line-up of the hottest EDM acts right now. 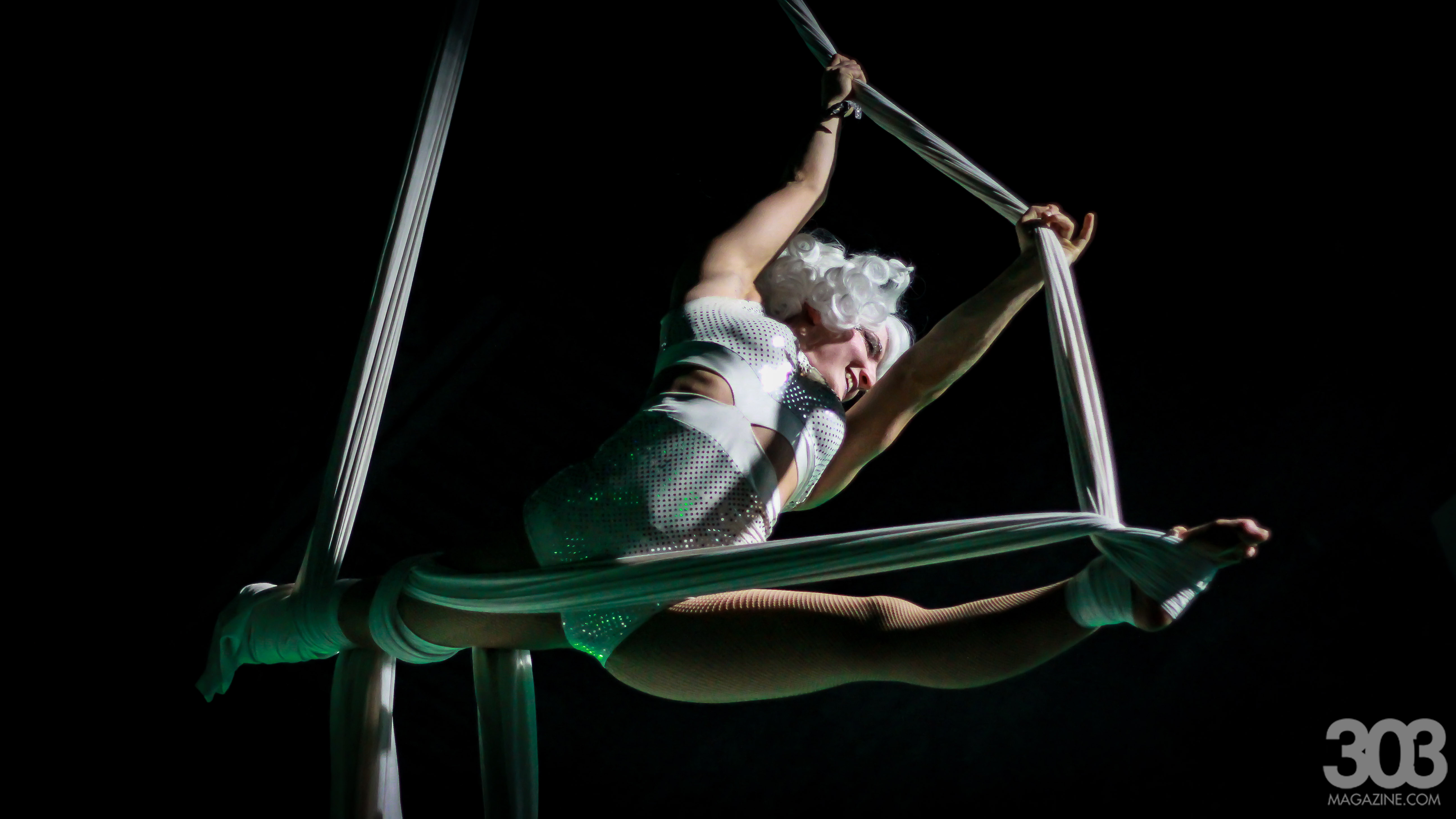 From the heavy noise of Bassnectar, to the the dream-like synths of Flume, Decadence truly outdid themselves this year to bring yet another epic two-night New Year’s Eve run. Luckily, I had the the opportunity to witness the madness on night one, (12/30) to get an idea of how a production of this proportion could be pulled off.

20,000 dance fanatics packed into the Colorado Convention center starting at about 6 p.m. for what was to be a bit of a marathon if you wanted to stay until the 3 a.m. close. Once inside it was easy to be overwhelmed by the sheer size of the opened up and dark cavern that was the Colorado Convention Center. Of course, the first thing on the list was grabbing a cold beer, a task otherwise not worth mentioning, however, the circumstances insist otherwise. New to the event this year, Decadence had the idea to make people wait in line to purchase drink “tickets,” then walk to the other side of the room – stand in another line – and redeem those tickets for the actual drinks. An idea many – including myself – were not too happy about and seemed to be a head scratching strategy. 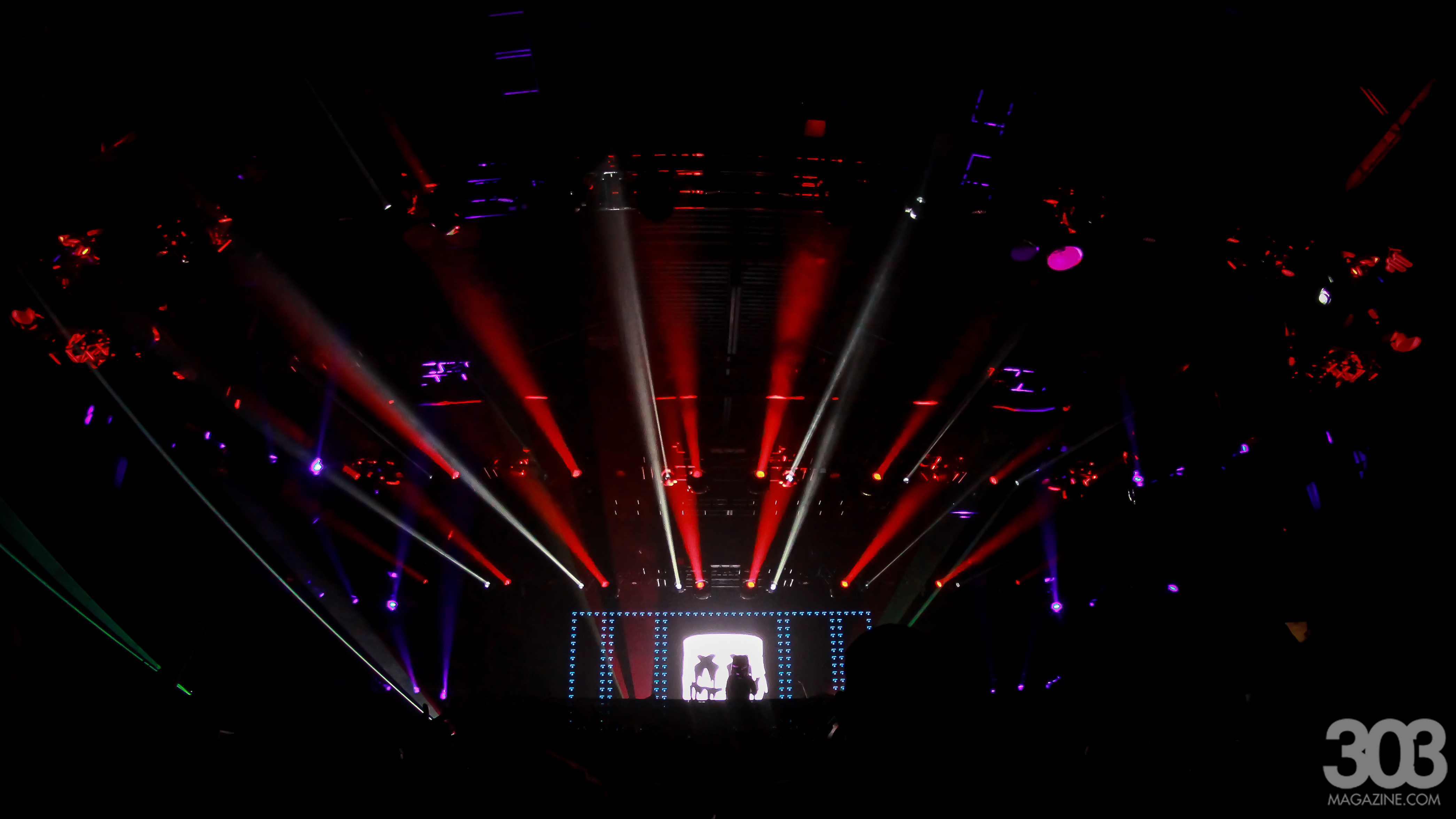 However, if the double drink line brought you down, the music was sure to bring you back up. The young Swedish producer Kasbo began the night with a surprisingly full house to bring music that he said “makes you wanna dance and cry at the same time.” Kasbo was just the first on the long list of Decadence artists who played Red Rocks this summer and didn’t feel guilty to give Denver another taste of their music before the year was over. RL Grime, Marshmello, Griz, Zeds Dead, Bassnectar and Disclosure all somehow were in the same room at the same time Friday night, and were going to do their best to give the people what they wanted.

The first highlight of the night was a “versus” set featuring trap kings Baauer and RL Grime. Worthy of their own solo sets to begin with, the two DJs went back to back with their respective hit dirty tracks. At some points I wondered if this kind of music was appropriate to be played before 9 p.m. But it didn’t matter to anyone – including myself – who was brought to a tribal state of mind during this battle of beats. 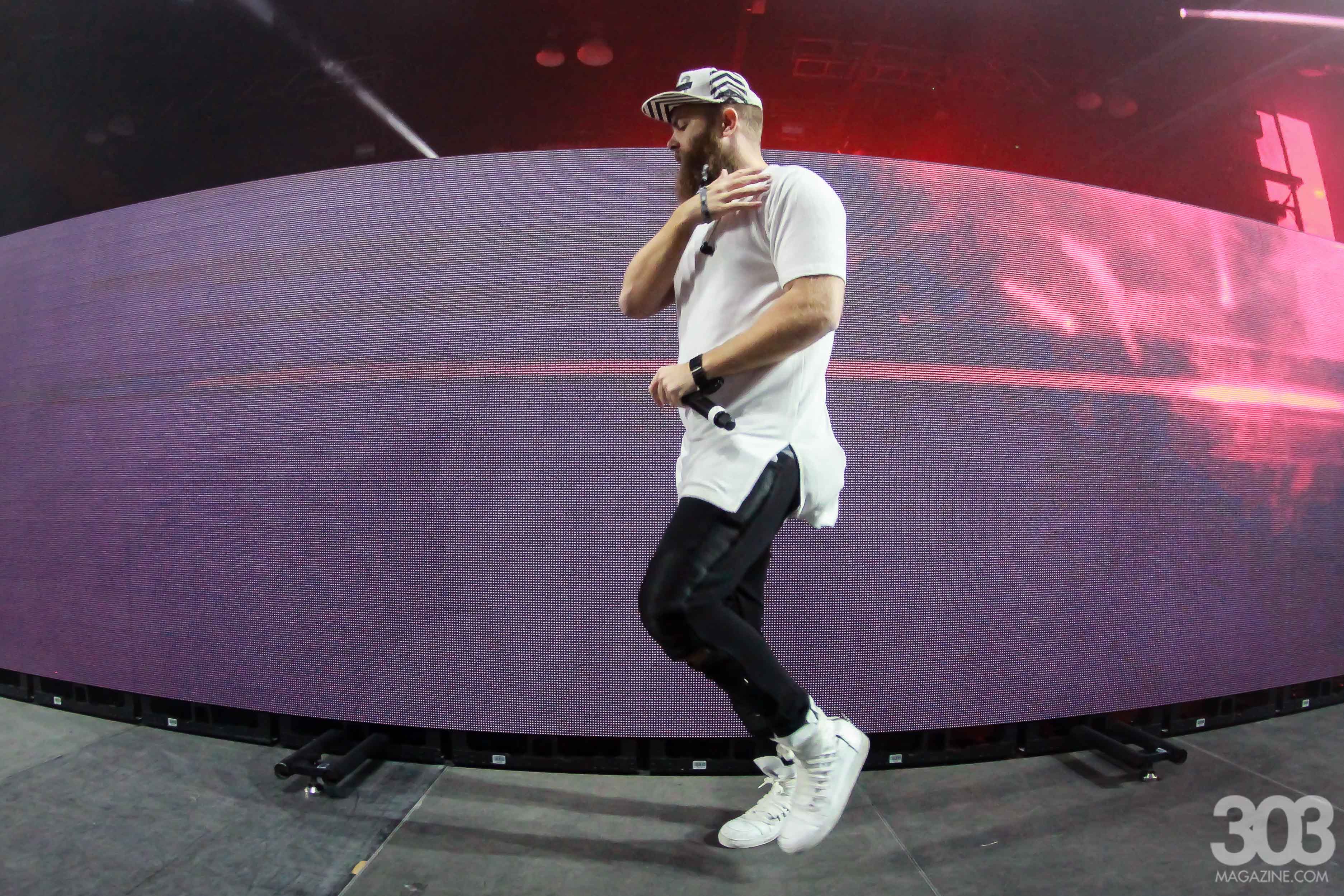 The night ended with three surprisingly amazing sets back-to-back-to-back all worth mentioning. Likely well-known now to most young Coloradans, Bassnectar played an extended and massive hour and a half set that spared nothing, even though it was on the eve of his own New Year’s Eve show in Alabama. Immediately after was Toronto born Keys N Krates, one of the few live bands at Decadence who performed tasteful and unique live trap music. Finally, the perfect set for the wee hours of the morning was a Disclosure DJ set. Initially disappointed they weren’t bringing their live performance, I was pleasantly surprised to hear the English brothers play fresh house music, that brought you back to the feelings of a small underground club.

Although we missed night two, I have no doubt headliners The Chainsmokers and Flume gave the bass capital (Denver) the New Year’s Eve celebration they deserved. If Decadence keeps booking line-ups like this one, you can bet it will be back for years to come.