Sarah HeathDecember 28, 2016Music
The Bluebird Theater has Been Open Since 1913 and a Music Venue Since 1994 - Photograph McKenzie Coyle
Home
303 Magazine
12 min read

With so many options of where to see music in Denver, it can be hard to navigate the scene. We document the hundreds of shows that go on in the dozens of theaters, bars and venues around the city every week in our This Week In Concerts article. We also have put together articles about Underrated Local Venues, Local Artists that Made Waves in 2016 and consistent reviews of national and local acts. To delve even deeper into the ongoing question, “Where should I watch live music tonight?” we reached out to a couple local artists to see what their favorite venues for every occasion are. 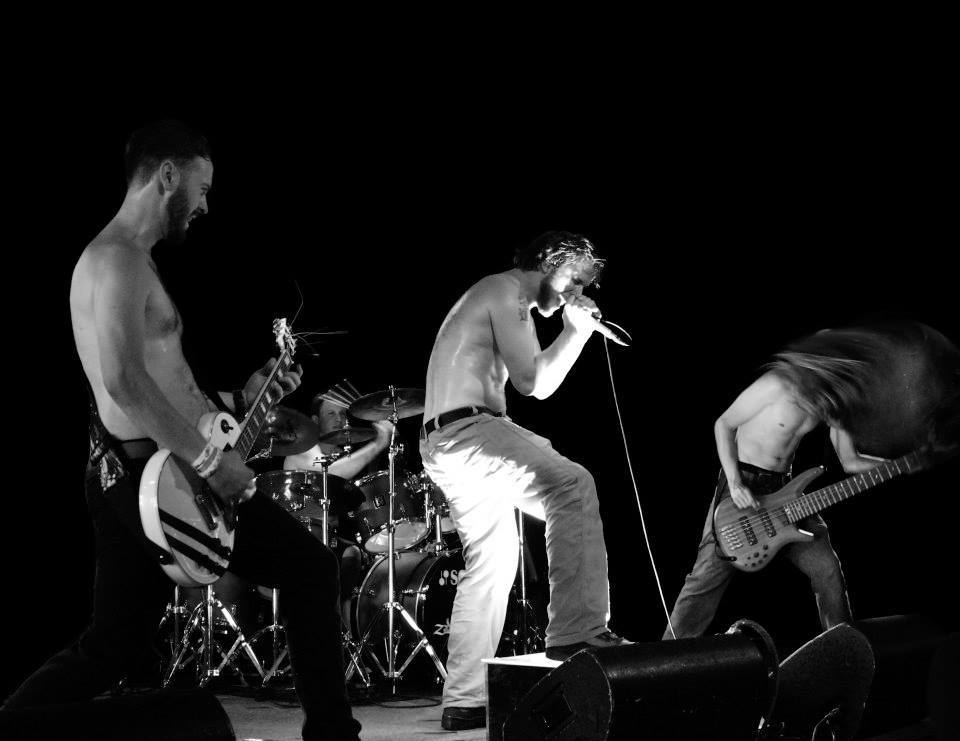 303 Magazine: What genre do you consider yourself?

H: Hydraform is a four-piece progressive hard rock band that will “take this world by storm.”  Influences on sound are Tool, Lamb of God, System of a Down, Mastodon and Black Sabbath.

303: What Denver venues has Hydraform played?

303: What places outside Denver have you played?

H: We’ve had a couple shows in Fort Collins and Boulder and are setting shows up in Colorado Springs soon. We bought a van (dubbed Band Van-Dam) earlier this year and we’re writing this in the middle of the desert about four hours out from San Diego on our first tour — #DarkAdderTour. We have about 10 shows lined up on the west coast ranging from Salt Lake to San Diego to San Francisco.

H: This is a debate among the band. Jay likes the Hi-Dive because it’s an intimate venue and the stage is a good height. Tyler digs Cervantes because he has tons of memories going there growing up and seeing a variety of genres. John is fond of the Bluebird because of the classic theater vibe. Carter likes any venue with a large stage because there’s so much more room for activities.

303: What venue have you played the most frequently?

H: Herman’s Hideaway. They’re great because they have a good stage and are willing to book a band with little show experience.  We also like the ticketing they do because they give the bands ticket coupons for marketing purposes and there’s no “pay-to-play.” They also treat the bands really well in terms of pay and drinks.

H: This is another topic of debate, but the Bluebird was probably our favorite. Since it was the Dark Adder release, it was our biggest show, so we put a lot of effort in our production, set list, lighting, etc. We also put the show together with some of our favorite local bands, Dreadnought and River Run. We had a blast.

H: BETA? They were rated best sound system in North America or some shit. That’s a technicality though, because you can have the best system in the world, but if the sound engineer sucks, you’ll still sound horrible.

303: If you could play only one venue in Denver for the rest of your career, which would it be and why?

H: Obviously Red Rocks, but if that’s not an option, the Pepsi Center…Hah. We would probably choose the Fillmore. The venue is great for sound and the environment is awesome. We’re going to have our picture up on the wall along with all the other bad ass artists that have played there. 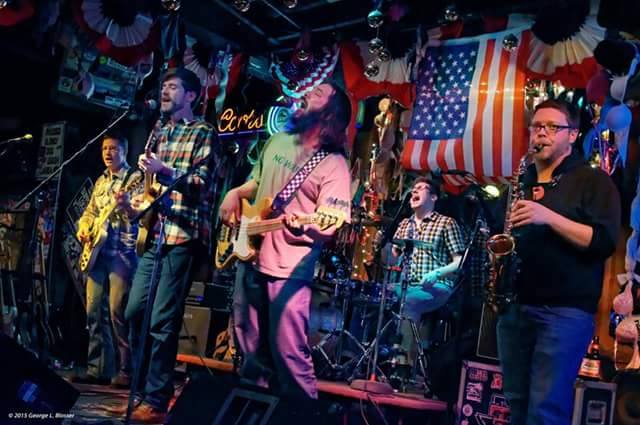 303: What Denver venues have you played?

303: When and where was your first show?

MR: My Other Bar, awesome!

MR: Lion’s Lair, it’s small and always rowdy. The first time we played Lion’s Lair is was with No Dry County from Lubbock Texas. The sound was amazing and it was packed, We had a couple people filming and it was one of the best shows we played.

MR: There were two. The time we played the Marquis with Express Line – it was a charity show and the place was solidly packed and the sound was good. Playing to a packed Marquis theater was awesome. The second is when we played at Larimer Lounge with The Eight Turns. We sold out Larimer Lounge which is huge. That was the first show we sold out and it was my [Bill Hempberger] first-ever timeline photo on Facebook.

MR: The Little Bear in Evergreen honestly. It’s this tiny historic venue. The staff all came up to us afterwords and said we were great and just took great care of us.

Upcoming shows: Midwest Rebellion will be at Larimer Lounge on Friday, January 6. 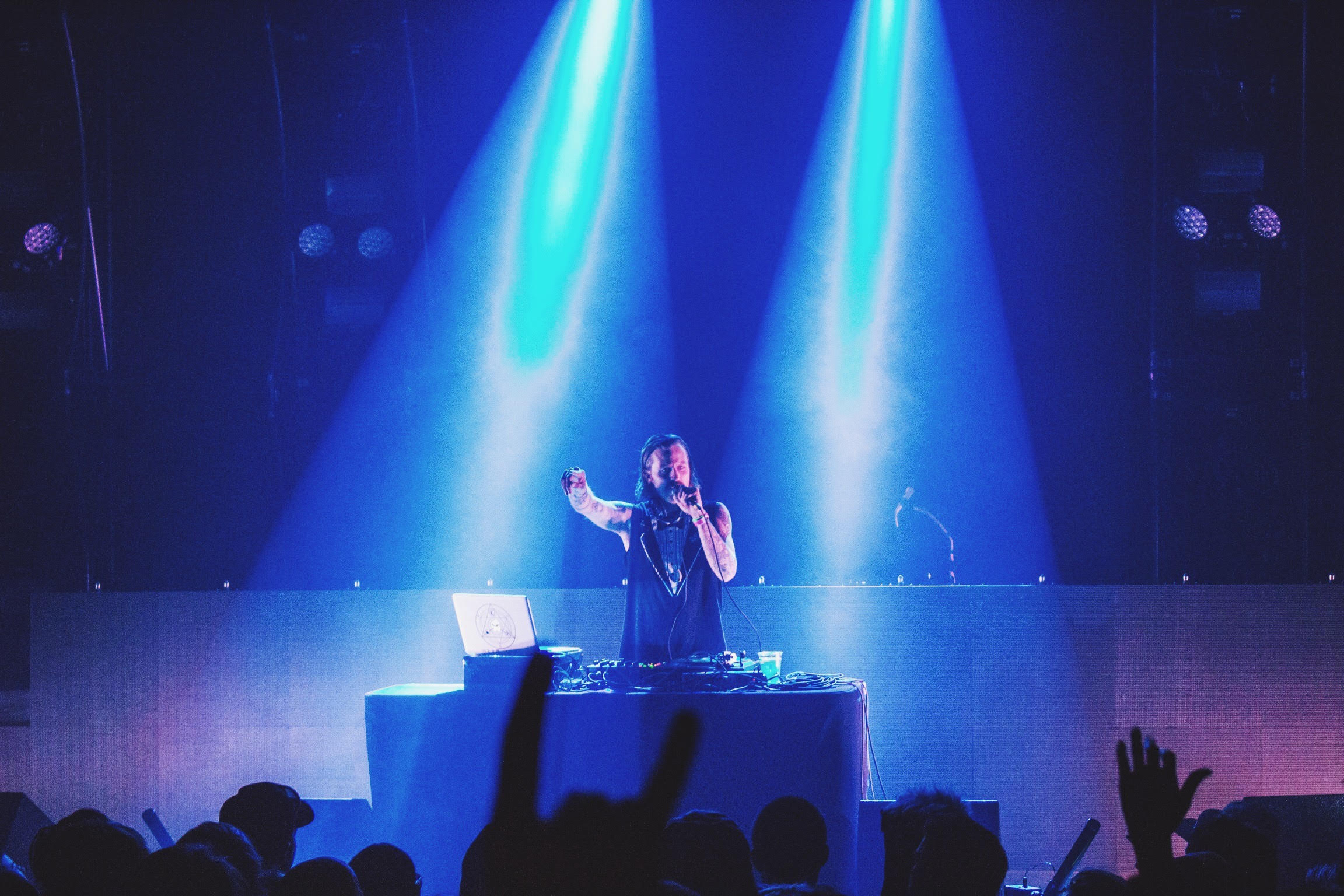 Spencer Foreman: I like to make all sorts of music, it really just depends on what my mood is that day. I work primarily with hip-hop and electronic music but I’ve been known to play some rock ‘n’ roll and metal as well. Cobraconda has been together for almost 10 years now, and as a solo act I’ve been doing different projects my whole life.

SF: It really depends on the project I’m working with at the time, but my favorite local spots have to be: The Hi Dive — locally owned and all around a great smaller room to play; The Fox Theater — great stage sound and a very professional environment; The Aggie [Theater] — this is my go to for Ft. Collins and since the folks at Cervantes acquired it, I’ve really been enjoying their programming.

SF: That’s another hard one. I really enjoyed playing Westword Music Fest a few years back with my band Cobraconda. We set up a grill on stage at City Hall and threw hot-dogs dipped in mustard at the crowd the whole time. Some of them were really into it but some not. We definitely ruined some outfits that day.

303: What show had the best audience? What made it so good?

SF: I enjoy any audience who just shows up to have a good time. A lot of these venues have entirely different crowds for every show, you don’t really know what you’re going to get ever. As long as the crowd is there to have a blast and enjoy live music, I’m into it.

SF: The owners at Cervantes/Aggie have always treated me really well. They’ve taken me to dinner before shows, given me ridiculous amounts of liquor and even helped me load my gear out.

SF: That’s another toss up. Different venues sound better for different sounds. I really like the new system at Summit Music Hall and the Fox in Boulder always sounds pretty good.

303: What are upcoming shows or projects for your band?

SF: As far as projects go I’m starting work on a record with my dj crew MEAN TEAM (me and Gypdahip, Wushu, Musa, SpydaT.E.K.) www.meanteamdjs.com. We should have that out by late spring/early summer. Also, I have a new residency that’s every Friday night at Mile High Spirits and I feature a lot of cool artists. 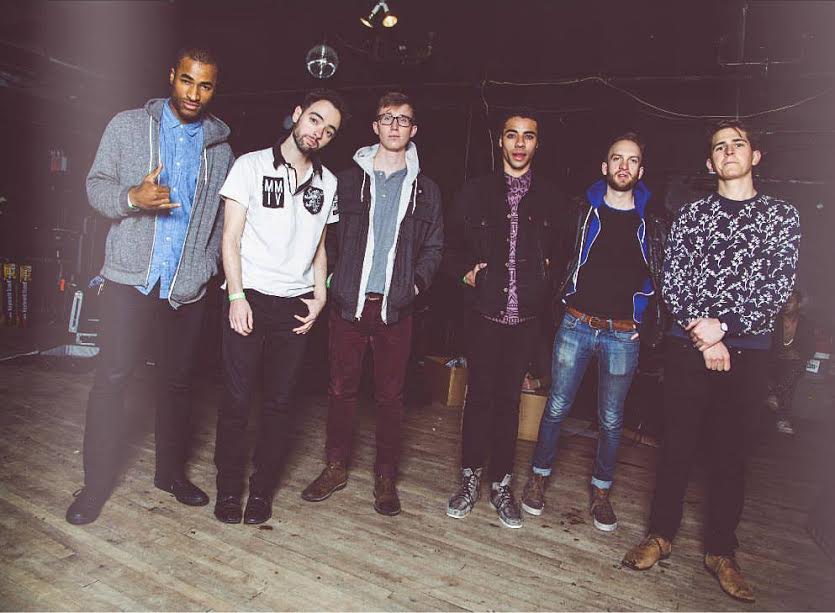 Air Dubai, Jon Is On The Far Left – Photograph Courtesy of Jon Shockness

Jon Schockness: I got my start in the Denver music scene as a member of the band Air Dubai. Now, in addition to still being in that band, I do a solo project as Kid Astronaut (www.kidastronavt.com) as well as play in the band HVN (pronounced Heaven – @HVNtheband on instagram) that I started with my friend Daniel Iyere a producer from Lagos, Nigeria.

JS: In Denver my favorite place to play is probably Bluebird Theater. The venue is small enough to feel intimate but also packs in a ton of people.

303: What show had the best audience? What made it so good?

JS: The last gig I played was with HVN at the Denver Public Library. It was a free show right outside of the Library and open to the public. I had an amazing time playing for the city in that way. There’s a big homeless community that is housed around that area so being able to share free food, drinks and music with them felt impactful. At this point, I want to do art that has an impact as well as just making music you as the listener can vibe to.

JS: In my opinion, we’ve had the best-sounding sets at The Ogden.

303: What are upcoming shows or projects for your band?

JS: I am currently in the studio with Daniel making the first EP for HVN. We’re also building a documentary and releasing some live sessions around the project that I’m very excited about so that’s kinda taking up most of my time and mind space right now.

303: If you could only play one venue in Denver for the rest of your career which would you pick and why?

JS: None of them. Part of why I do what I do is that I get to travel around and experience new things. I’m a Gemini, so [I] always need to be on the move in some way.