In 2012, Humble Pie co-owners Jessica Dolgan and Tamara Brink launched their pie concept at local farmers’ markets. But they quickly realized that the company would need to grow to deal with the increasing demand. They were selling out of fresh fruit pies almost as quickly as they could make them and so they decided to open their first brick and mortar location in the Baker neighborhood. It didn’t take long for the pie shop to become a neighborhood staple. 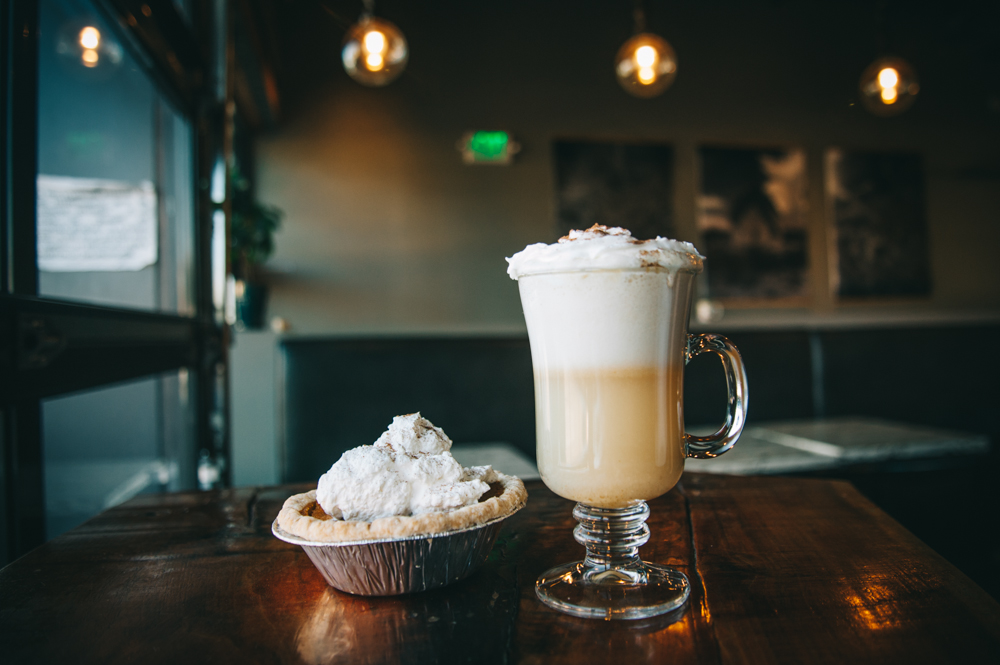 In February 2016, the close pair decided to expand their inner circle with the addition of owners Jane Knauf of Wooden Table and Peter Newlin of Park Burger. The four have since relocated their Baker location to a larger space on Colfax, where they offer open patio seating and cocktails due to their new liquor license.

The holidays are just around the corner, and there couldn’t be a better way to get into the spirit than with Humble Pie’s daily pie and cocktail pairings — a sweet pie, a savory pie and a cocktail to tie it all together. 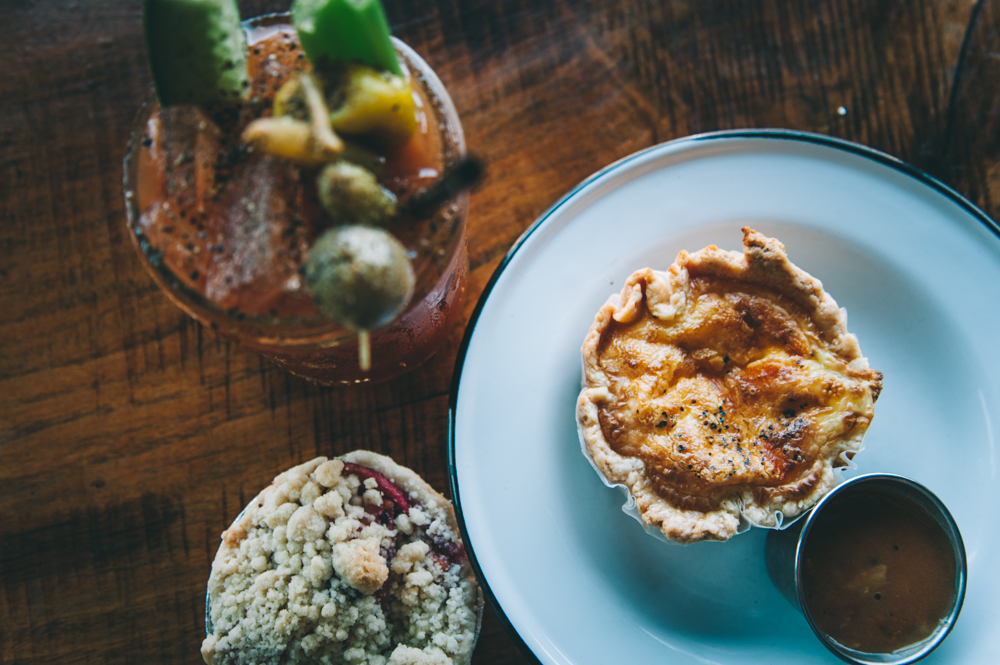 Let’s begin with Humble’s take on a Bloody Mary, with Real Dill Bloody Mary mix garnished with the classics — olives, peppers, a pickle and a crunchy stalk of celery. While simultaneously sipping the peppery dill bloody, take a bite of the first pie, or in this case, breakfast quiche. The burrito quiche is a mini buttery crust filled with all the comforts of a burrito (even the beans) whisked into an egg and dairy mixture and served with a green chili dipping sauce. And because even after breakfast we all need a little something sweet, finish the trio with a golden brown and delightfully crumbly apple blackberry pie. 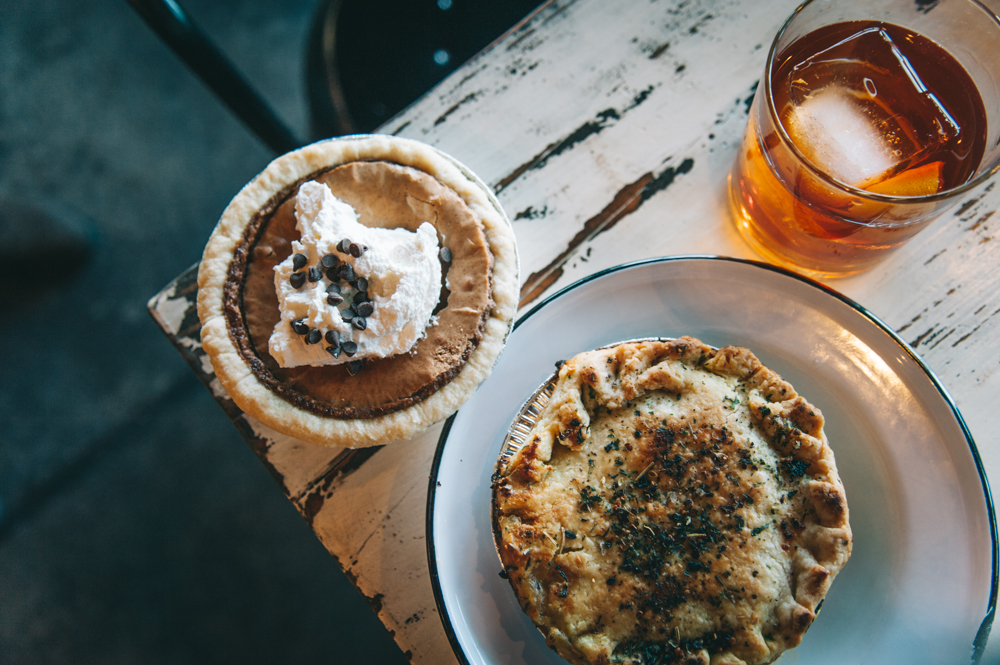 Next up is the chicken pot pie, a traditional buttery pastry crust filled to the brim with warm chicken chunks and hearty vegetables bathed in a creamy chicken gravy. Pair with Humble Pie’s take on an old fashioned, and the rich chocolate chess pie served with a dollop of fresh whipped cream — because there’s always room for dessert.

The final pairing is the triple Italian meathead, which is a giant meatball made from veal, beef and pork wrapped in soft, flaky pastry dough and served with marinara sauce. Wash each protein-rich bite down with the Rocky Mountain High — which is Humble’s Colorado old fashioned. Finish with a variation on the traditional crack pie with an ooey-gooey sugary browned butter inside topped with a crumble crust and served with a generous scoop of Liks graham cracker ice cream. 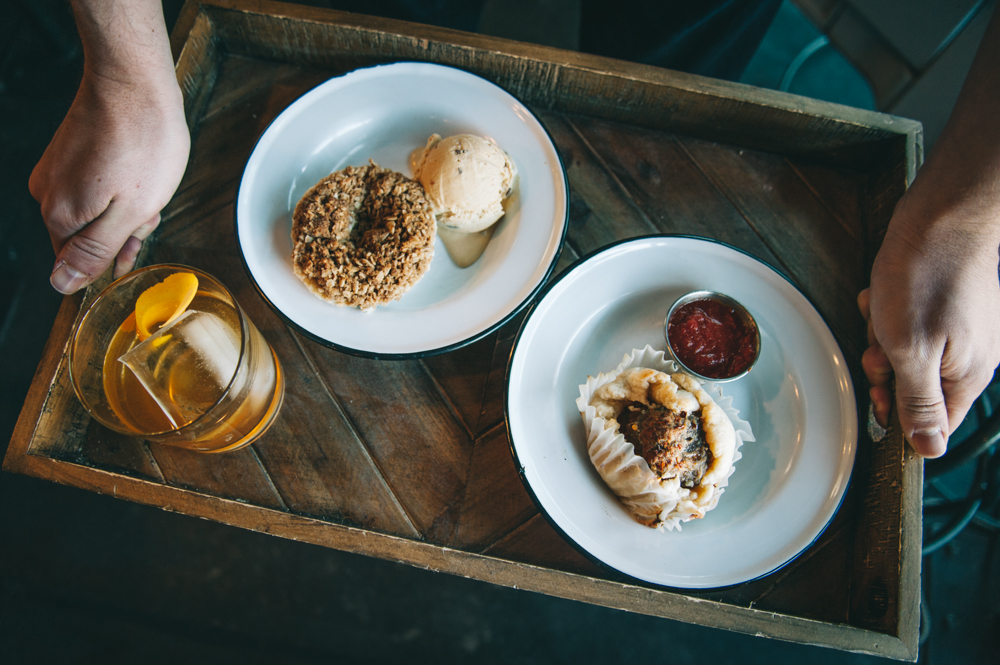 Sure, the pies are delicious, but the heart and the stories behind the recipes make them even more special. Many of the pies are based off of recipes from both Brink and Dolgan’s grandmothers, and the decor is reminiscent of the good ol’ days. The nostalgia of this quaint shop — as well as the show-stopping scratch made pies — make it the perfect place to come together with friends and family. “It’s a dessert that brings families together and is the ultimate labor of love and comfort food. Families keep recipes for generations and the pies are the highlight of gatherings and special moments,” said Dolgan.

Note: Mini pies are sold individually for $4 and the cocktails mentioned range from $7-8. Pairings are under $20 and are served in the shop daily. Holiday pies can be purchased online or in store.