On Friday, October 28, 2,800 women (and men) filtered into the Temple Buell Theatre for the return of TEDxMileHighWomen. The speaker series drew an audience triple the size of its previous event, resulting in a sold out show. Titled “It’s About Time,” the series showcased 12 Colorado women. Professors, activists, and poets spoke about a diverse range of topics from human rights to data art and even an ambitious plan to save the bees. On occasion, women’s issues did take the floor, but while “It’s About Time” was clearly themed around the idea of celebrating women, the heart of the event was not defined by sex.

Rather, like all TED talks, great ideas and idiosyncratic thinkers took center stage.  And even when gendered rhetoric colored discussions it was shaded with the caveat that “to be pro-female is to be pro-humanity.” Emcee, Lauren Y. Casteel reinforced this idea by welcoming the male attendees with a reminder that their presence, albeit limited (we’ll get to that later), was essential.

After the brief introduction, what lay ahead was largely unknown because both the topics and the order of the speakers were kept secret up until presenters took the stage.

The first speaker, Erica Stone, an intellectual access advocate, immediately set the pace by describing a scenario most young adults, male or female, can relate to. She explained a conversation where she referenced a “study” while conversing with a friend. It was only later that she remembered the “study” was just a New York Times tweet she saw earlier that day on Twitter. As a doctoral student, she fully understood why it was problematic.

“Fifty-nine characters had summarized 10 years of research,” she admitted. Stone explained this experience helped her realize the flaws behind the privatized dissemination of publicly funded research. She argued that academia needs to communicate better with the public by promoting open access to academic studies versus paid subscription and to encourage intellectuals to work with popular media to ensure their work is translated effectively and accurately. Her speech—like many to follow—was passionate, compelling and thought provoking. Other talks such as those given by Jordan Wirfs-Brock—an energy storyteller that argued for more transparency between the average person and energy production—and Carrie Roy—a data artist that uses art to express complex ideas—all pressed for nuanced forms of communication.

Other speakers, such as Teva Sienicki and Meghan Sobel also challenged the status quo by taking on issues of human rights. Sobel went global by discussing the realities of foreign sex trafficking and the influence of Americans in Thai “sex tourism” while Sienicki brought it back to a hyper-local level by arguing that the best way to combat poverty is to work directly with neighborhoods. Sienicki continued by debating the effectiveness of charity-driven efforts, explaining that fighting poverty as a matter of the heart undermines the complexity of the issue. She argued that we needed to use our best minds to untangle the underlying problems of poverty in order to bring effective help to those in need. The crowd responded with a standing ovation. 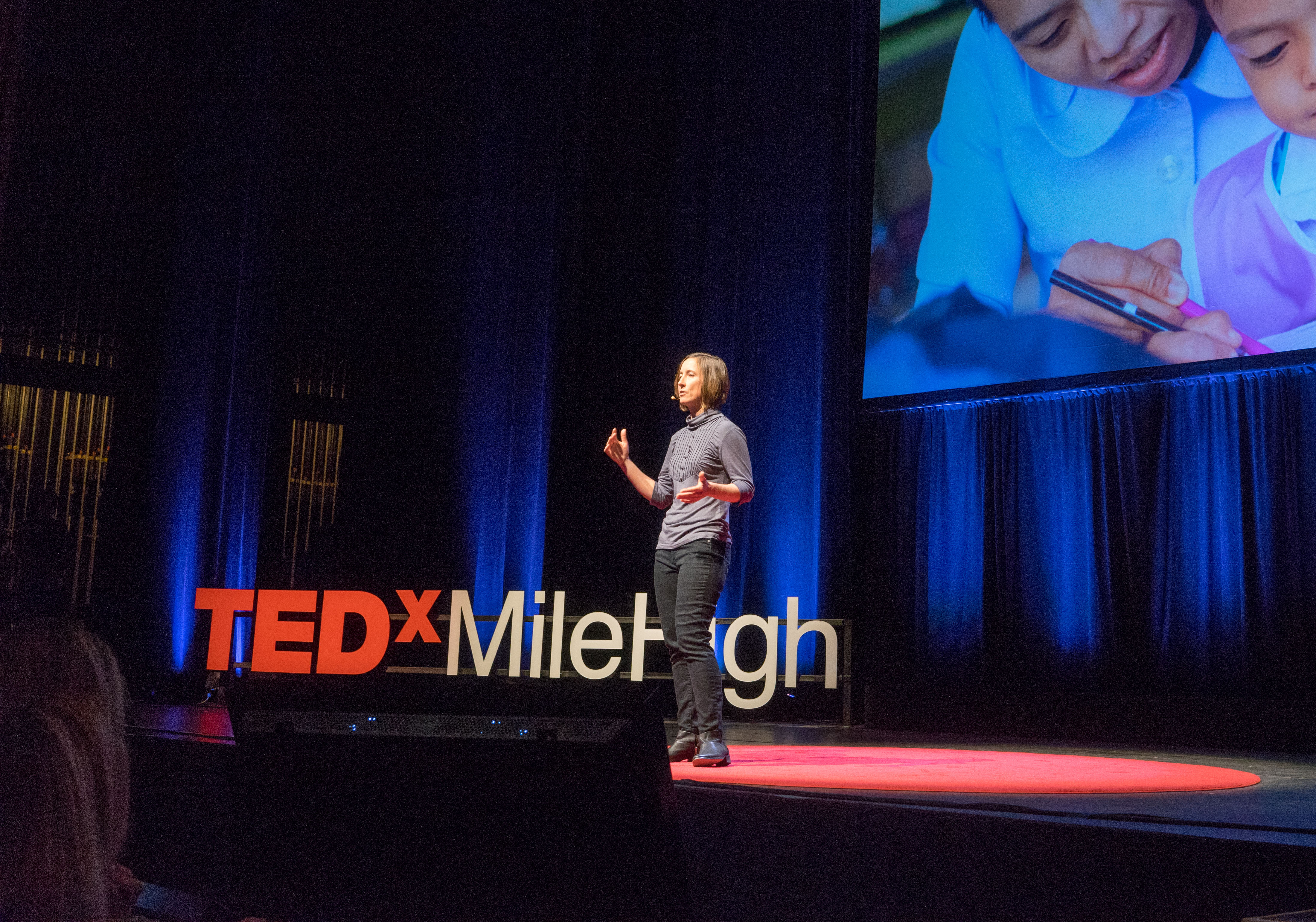 While Sienicki and many speakers before her argued for measured reforms with statistics and data, there were also many speakers that spoke directly from personal experiences. These talks were not less effective. Rather they left a lasting impact by using poetry and even music to transcend barriers of personal politics and ethics. Both Assetou Xango and Amal Kassir used spoken word poetry to emote feelings of otherness created by their sex, race and religion. Kassir, a Colorado native who is often categorized as a foreigner for wearing a hijab, explained the shortest distance between two people is a story and that the best shortcut is to ask a person’s name.

Composer Loretta Notareschi put Kassir’s advice into action by connecting with the audience through the story of her personal struggle with Postpartum Obsessive Compulsive Disorder. But instead of words, she explained her experience with the harrowing sounds of the Playground Ensemble as they performed her “String Quartet OCD.” The emotional pain that resonated through the skilled bows and fingers of the musicians made the path to compassion the shortest of all.

Towards the end of the night, after hours of incredible talks that showcased the undeniable intellect and strength of these local women, there was one speaker that pushed one concept of womanhood not forward, but completely out of the picture.

“I am not a feminist.” This statement, proclaimed by Betsy Cairo, a professor at the Univeristy of Northern Colorado, was the sharpest of the night and likely cut deep into the psyche of the primarily female crowd. Cairo, a gender equalist, continued to explain that this statement does not make her anti-female. Rather she elaborated that the word “feminism” and other gender qualifying terms get in the way of the ultimate goal of equality.  “If equality is what we want, equality is the word we should use,” said Cairo.

Her statement, which was undoubtedly controversial, might have been general commentary. But at the end of the night, one could see how her argument could be applied to this event. Because while “It’s About Time” championed women, it also felt limiting for those female speakers. Instead of giving them a diverse platform that helped them break glass ceilings, the event was almost exclusively a female experience. This is problematic since the ideas put forth by these women were not solely defined by gender nor should they be known only by women.

The lack of male participation proves that the event still has an uphill battle in terms of reaching a broader audience. Whether that is achieved through something as simple as retargeted marketing or as complex as a paradigm shift, it was obvious that not only was it about time more women took the TED stage, but that it’s about time more people, regardless of sex, started listening. 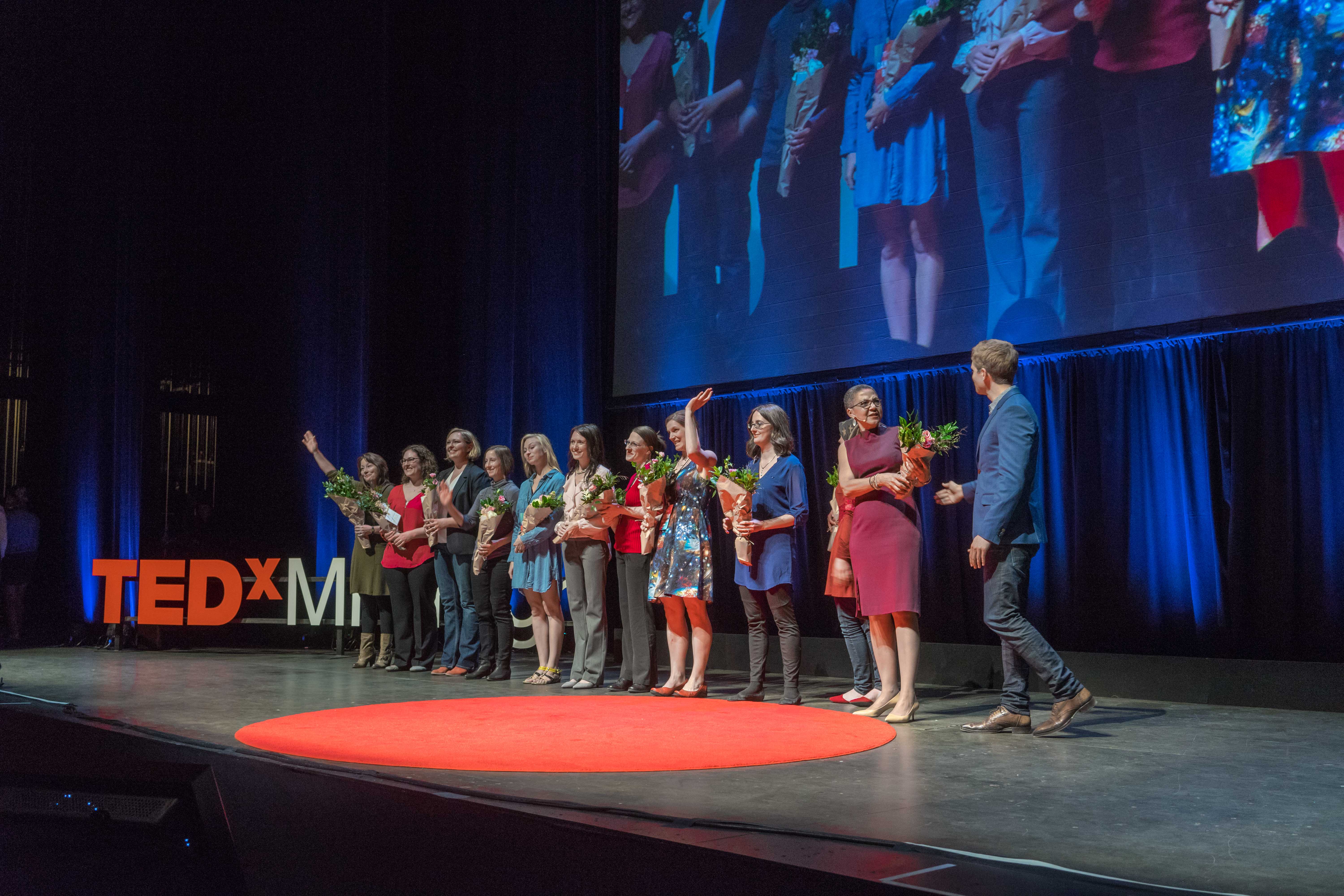