beA Bollywood fashion show and dance party isn’t an event to miss, especially when it’s taking place right here in Denver. On October 1, 2016 Norvan Entertainment presented a lively showcase of Bollywood fashions at City Hall Amphitheater. The event featured Indian-inspired inspired fashions from local fashion boutique Divalicious alongside entertainment from local dance companies. Admission was free for the general public with limited VIP seating next to the runway. 303 Magazine was able to witness this cultural event first-hand and spoke a bit with Norvan Massey, founder of Norvan Entertainment, about Bollywood culture in Denver and why he decided to create such events. 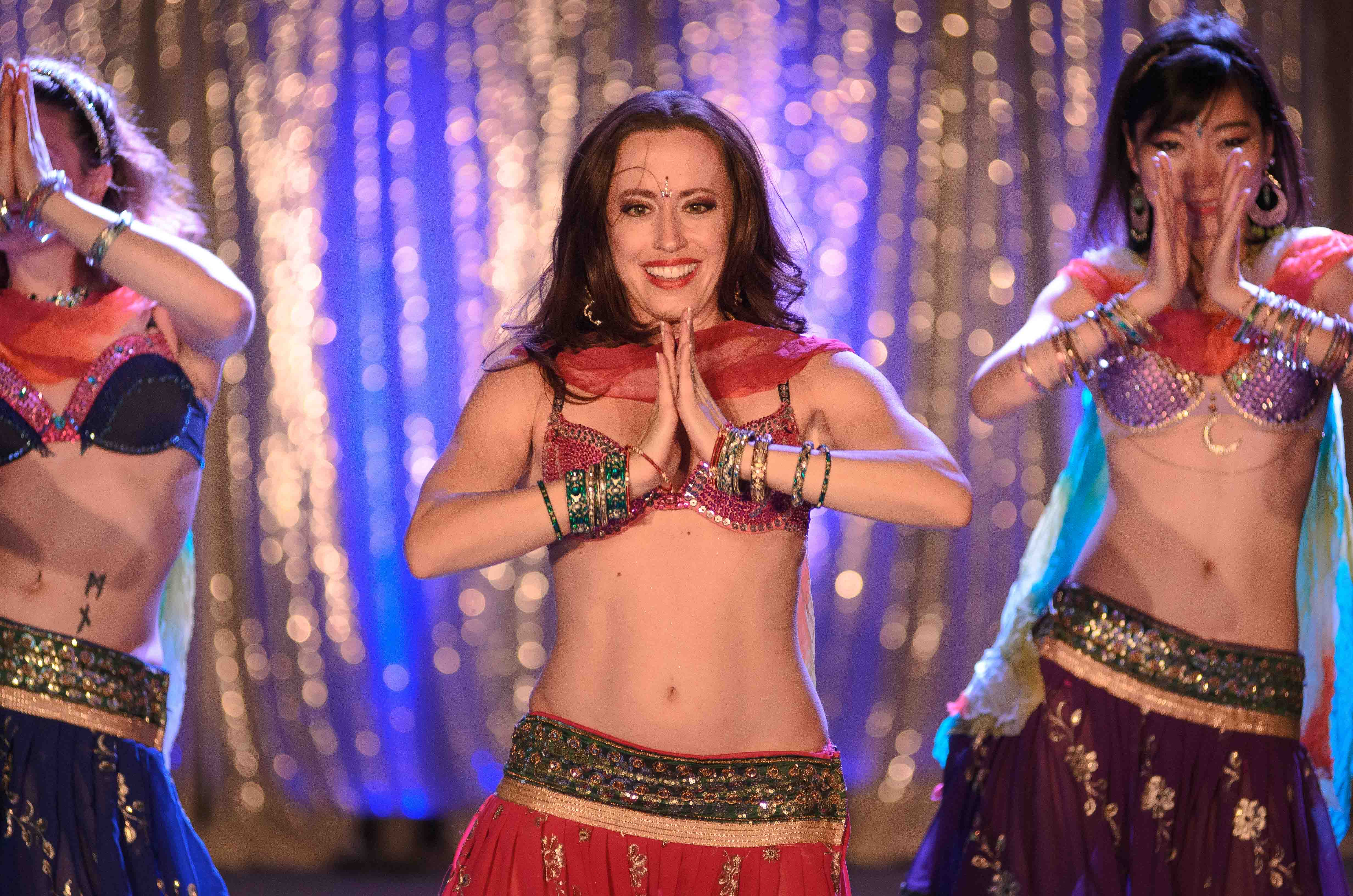 All Images by Austin Cope.

About seven years ago, Massey started producing Bollywood fashion shows and dance parties in Denver to help create cultural events for the people around the city. The fashion shows started on the rooftop of night club Vinyl, with a much smaller audience then they are used to now. But the reaction from the Denver audience was positive and only encouraged Massey to produce more and more shows throughout the years. They eventually gained sponsorship from Brooke Bonds Red Label, who helped them bring more Bollywood events to the Denver area. Fast forward to 2016, Norvan Entertainment has produced multiple shows and booked City Hall for the first time this year. Massey, now married with two kids, continues to produce and improve these events in hopes that when his two children grow up, there will be more Indian cultural events around the city.

This year’s particular event featured entertainment from multiple dance groups in the metro area. One group that really brought some life to the event was Desi Caliente, a dance group that fuses together Latin-style dance with Bollywood. They expertly showcased the fusion of two cultures through partner dances and fast moving feet. Another dance company that lent their energy to the crowd was Bella Diva Dance, a company specializing in everything from Brazilian Samba to Indian Bollywood. The street style at the event was also hot and flashy, with event-goers dressing to the nines. Some chose to do their own thing while others opted for Bollywood-inspired garments. 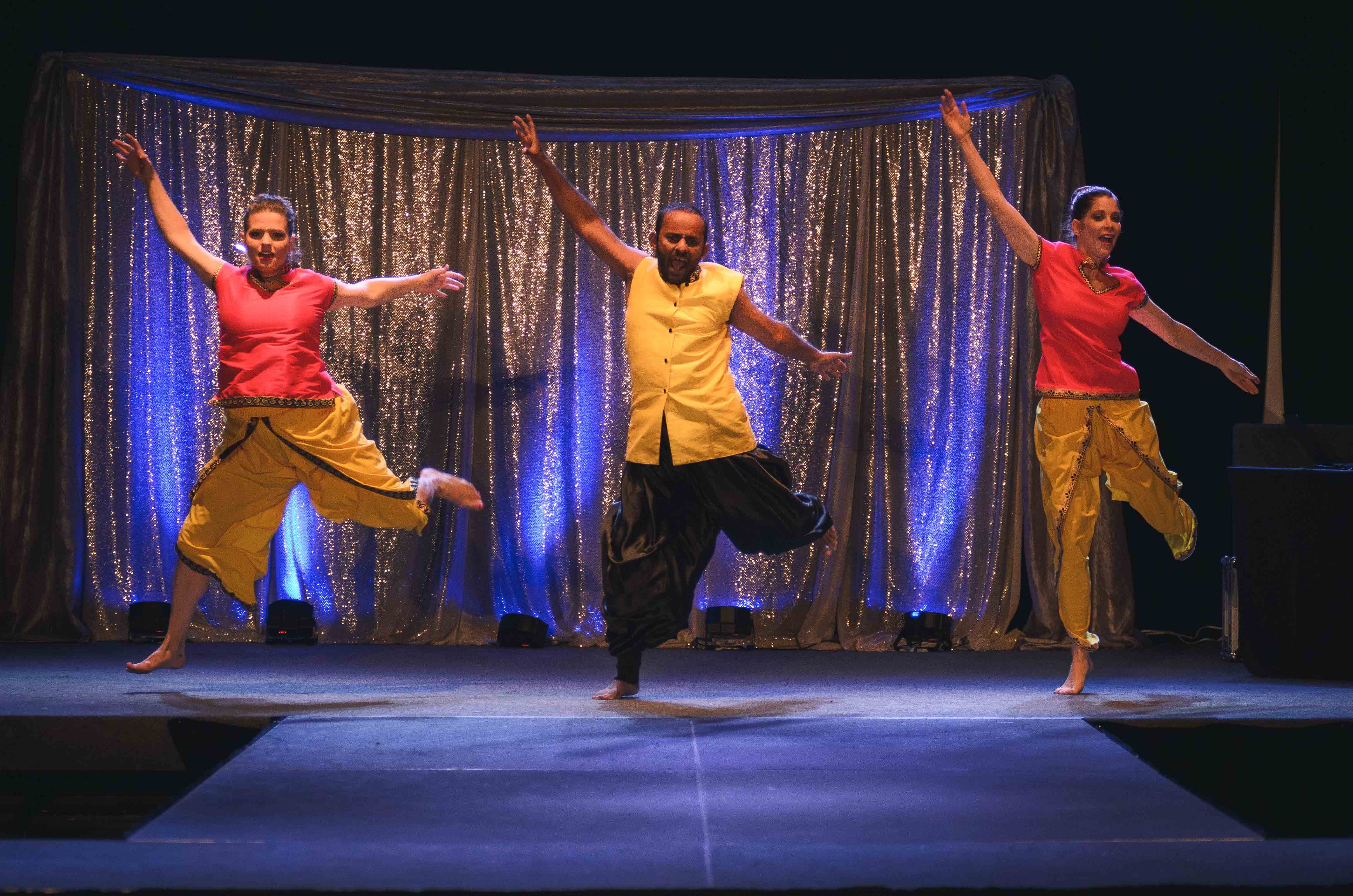 Dancers getting the crowd ready for the fashion show. 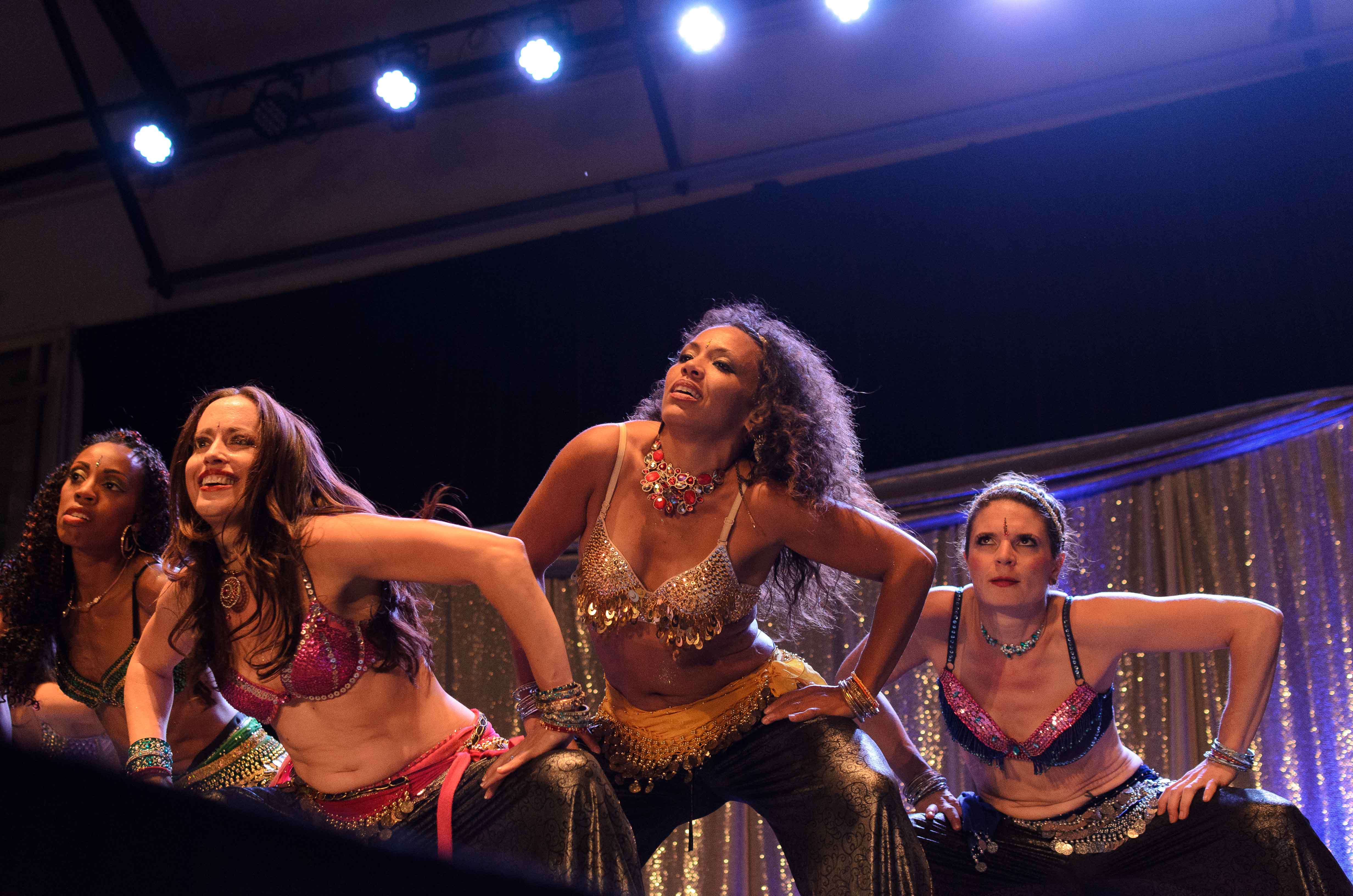 Then it was time for the main attraction, a Bollywood fashion show with pieces from Divalicious. An entire new line of Indian inspired street wear was showcased alongside more dressy options and traditional pieces as well. The overall mix of fashions gave everyone in the audience something to relate to in terms of personal style. Long draping tops with sheer fabric where thrown over ankle-length bottoms to give a modern take on current Indian fashions.

Another more casual option showcased an ombre, orange-to-pink skirt alongside a brocade top that would work for just about any event. However, we fell in love with the much more formal options. A gold and black saree-inspired gown kept things elegant and airy with some sheer fabric. The final model really caught the audience’s attention, as an ivory mock-neck embroidered gown made it down the runway, complete with yards of flowing fabric. After the final walk and the designers’ bow it was time for the Bollywood dance party that went well into the night. 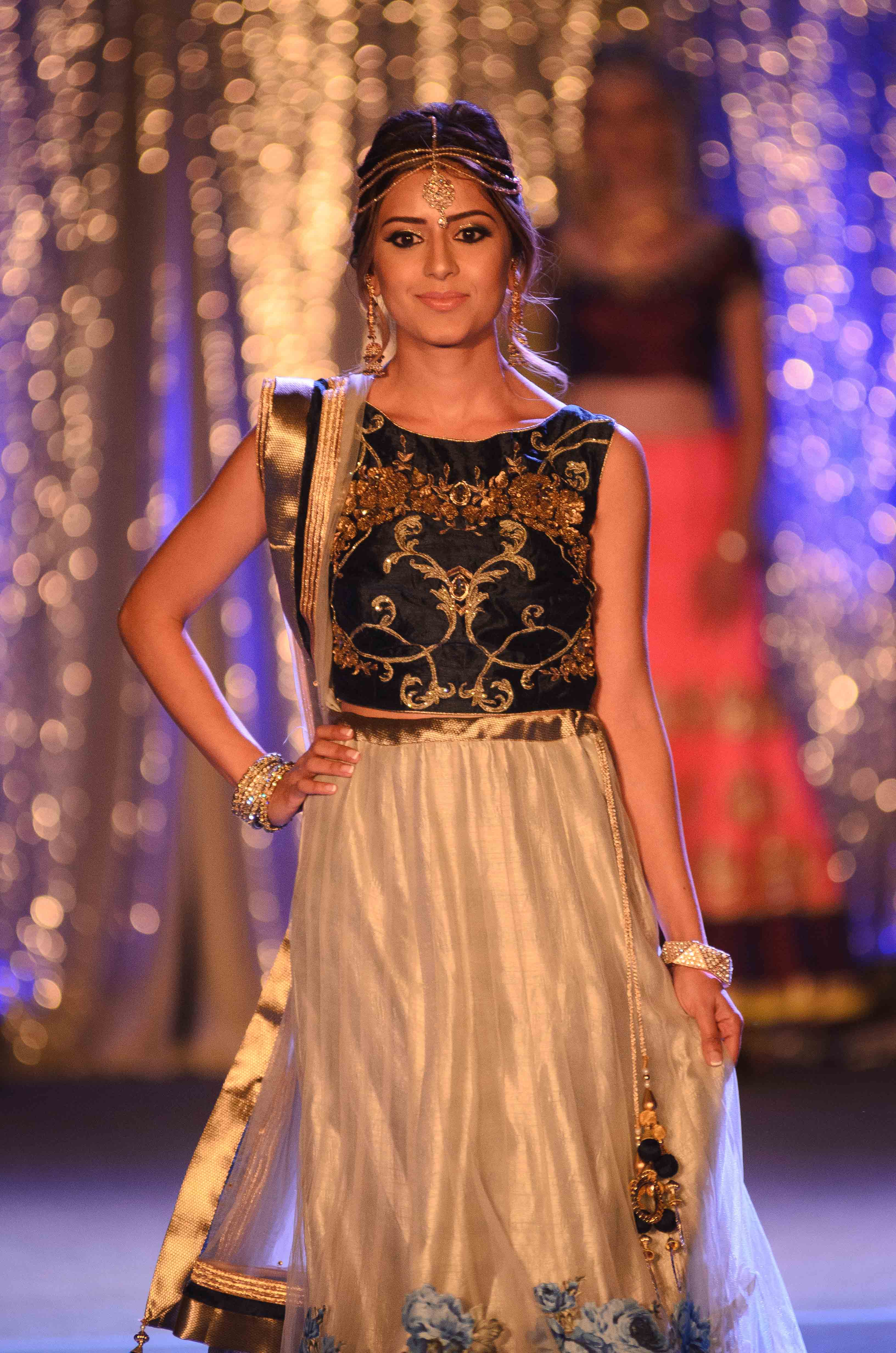 Garments by Divalicious on the runway. 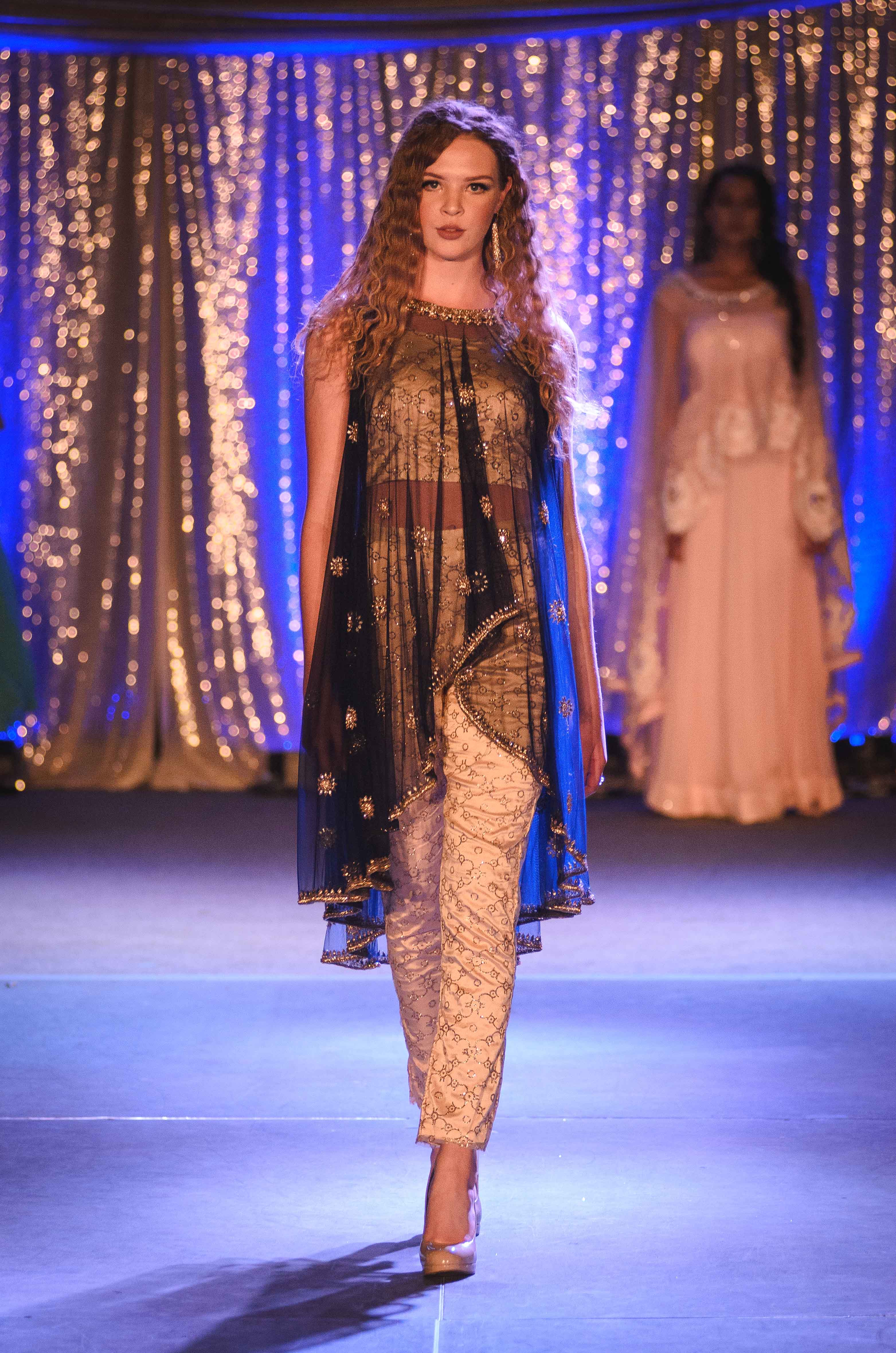 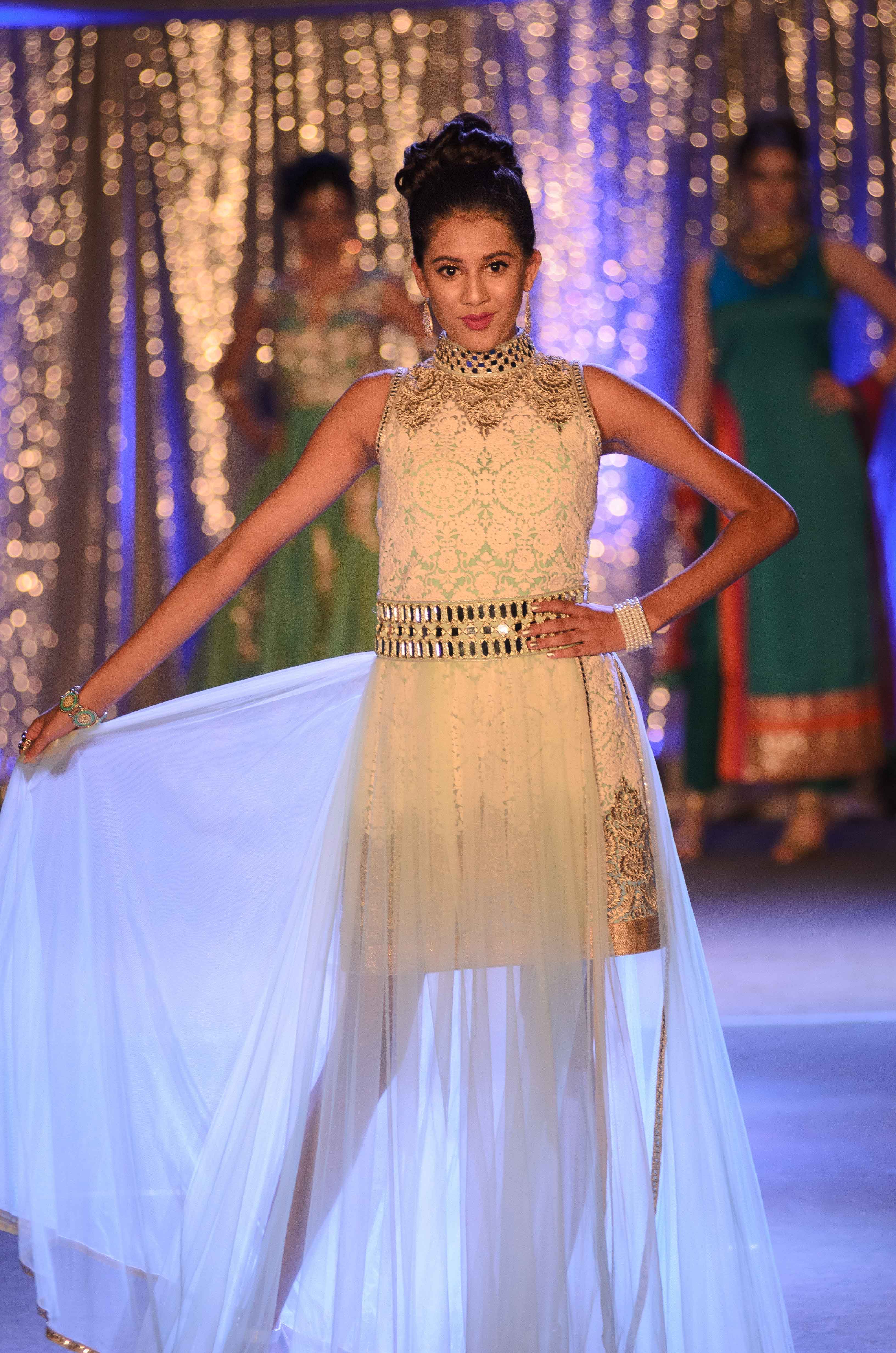 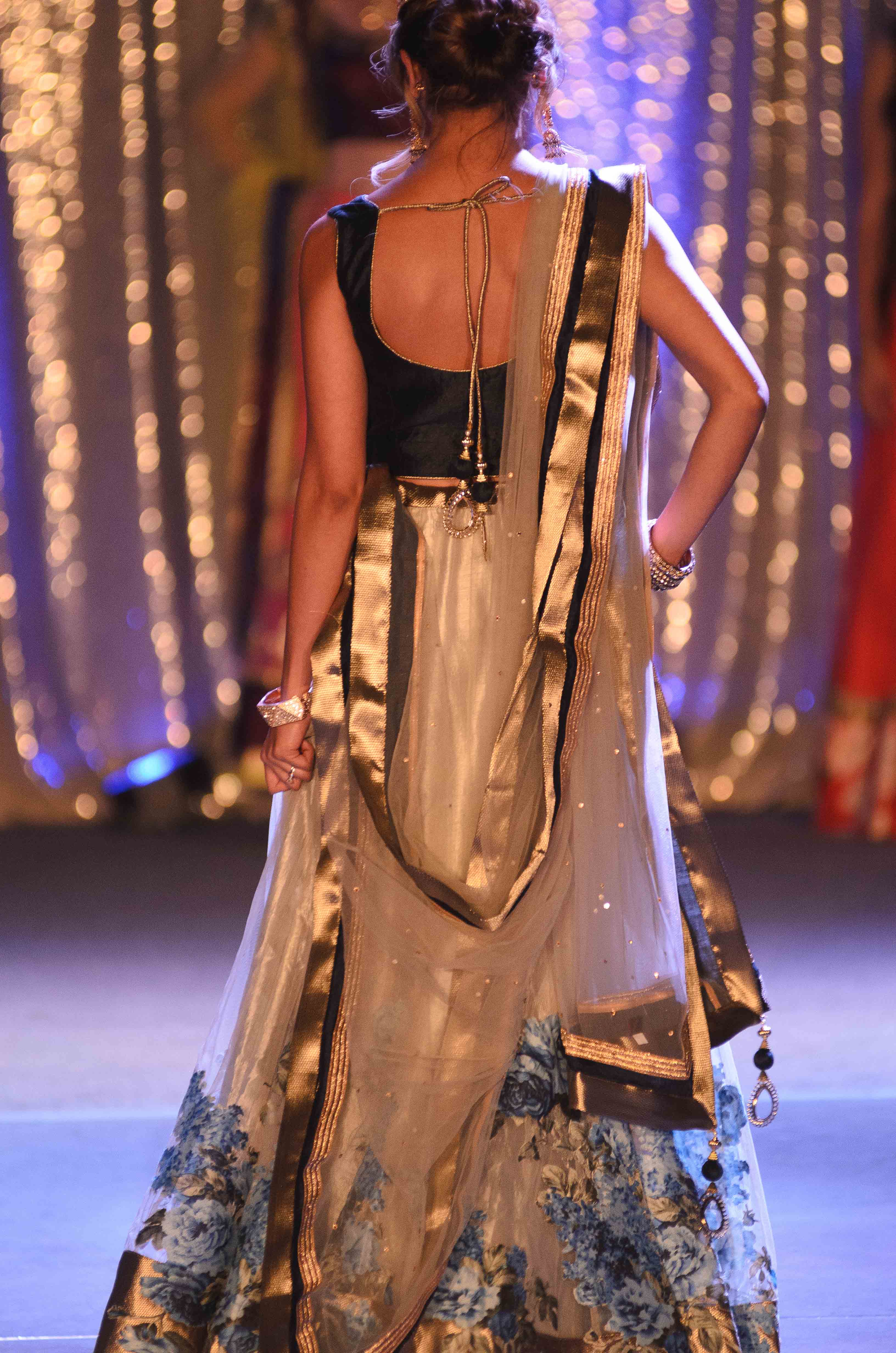 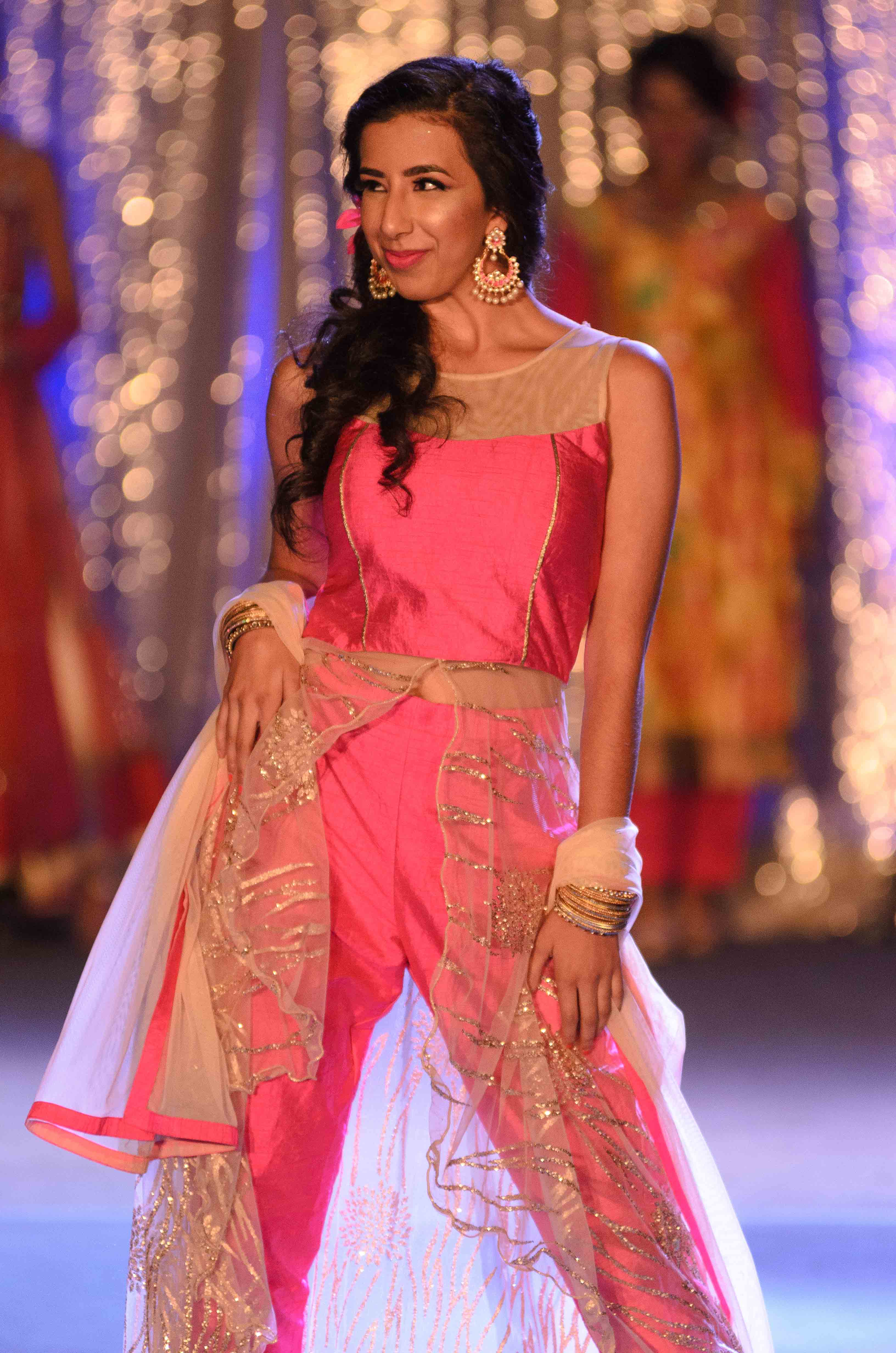 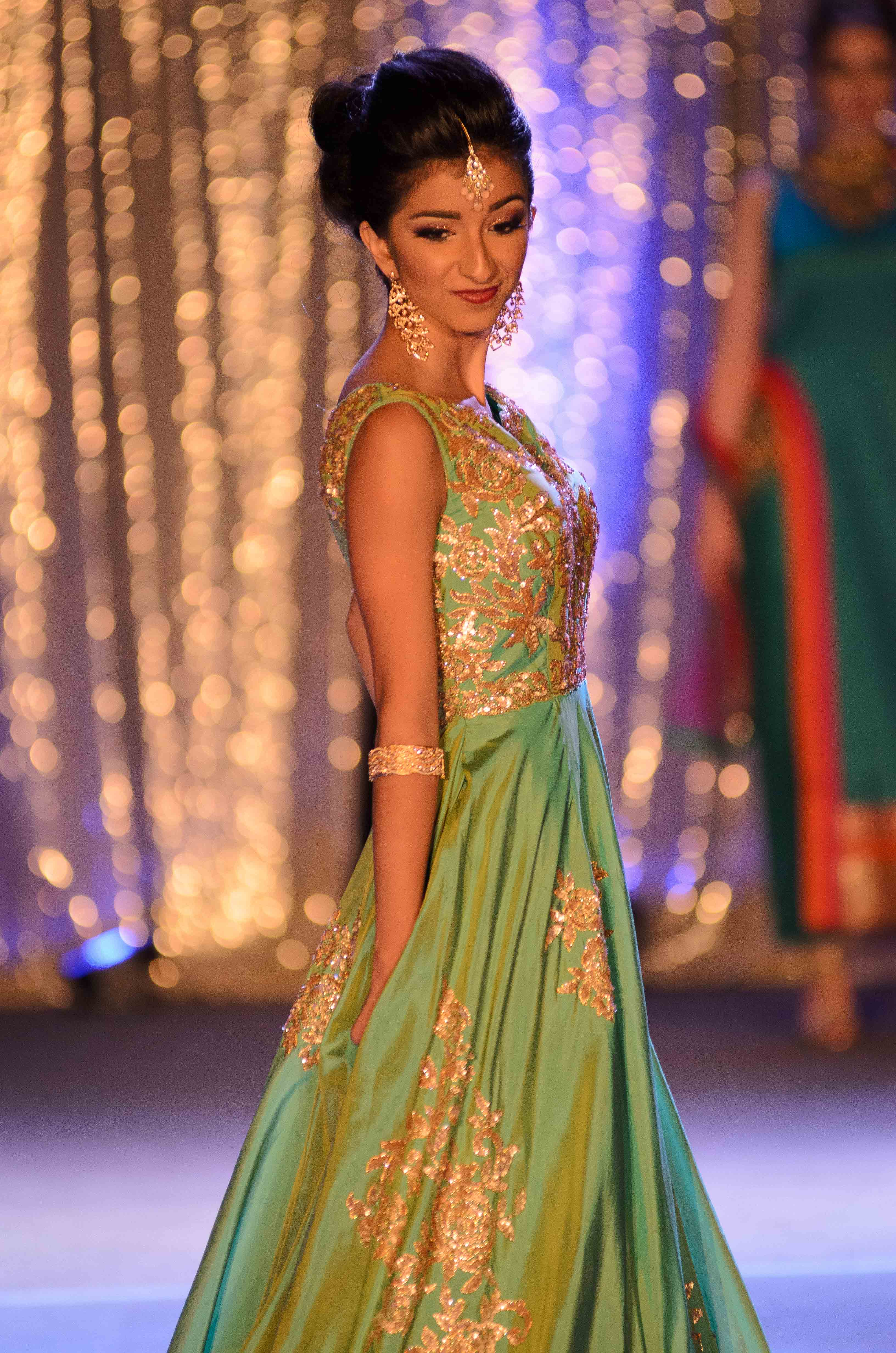 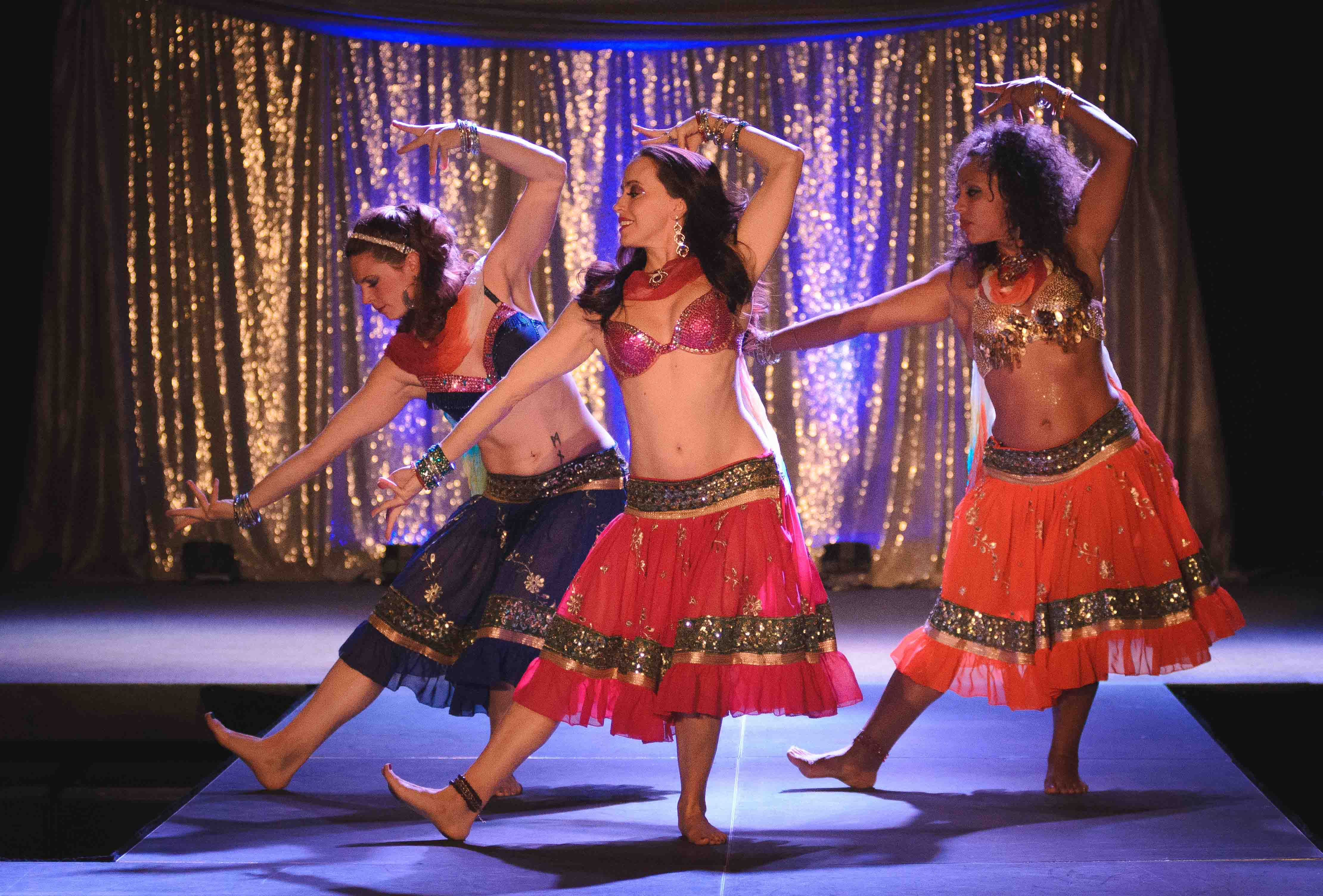 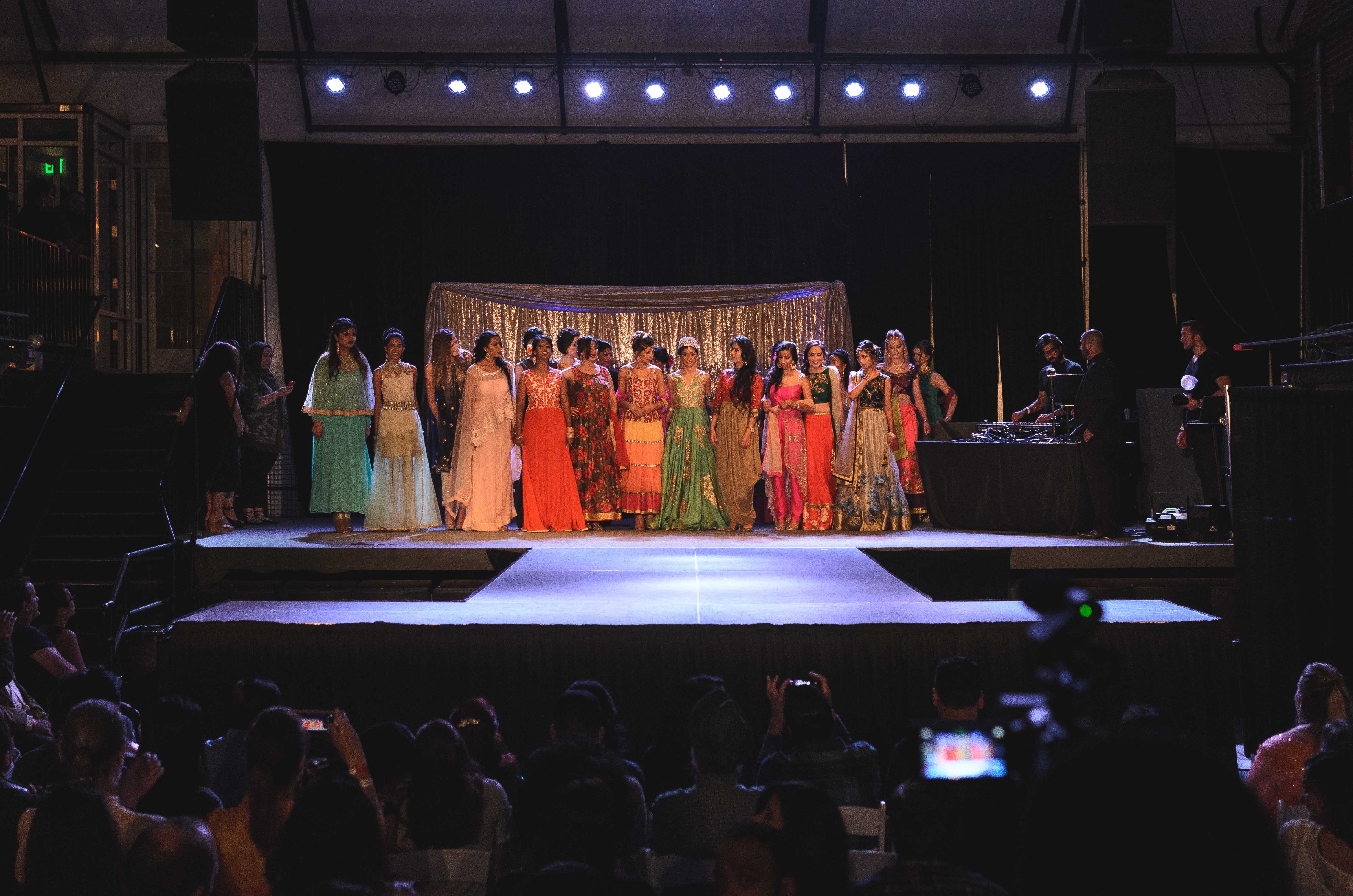 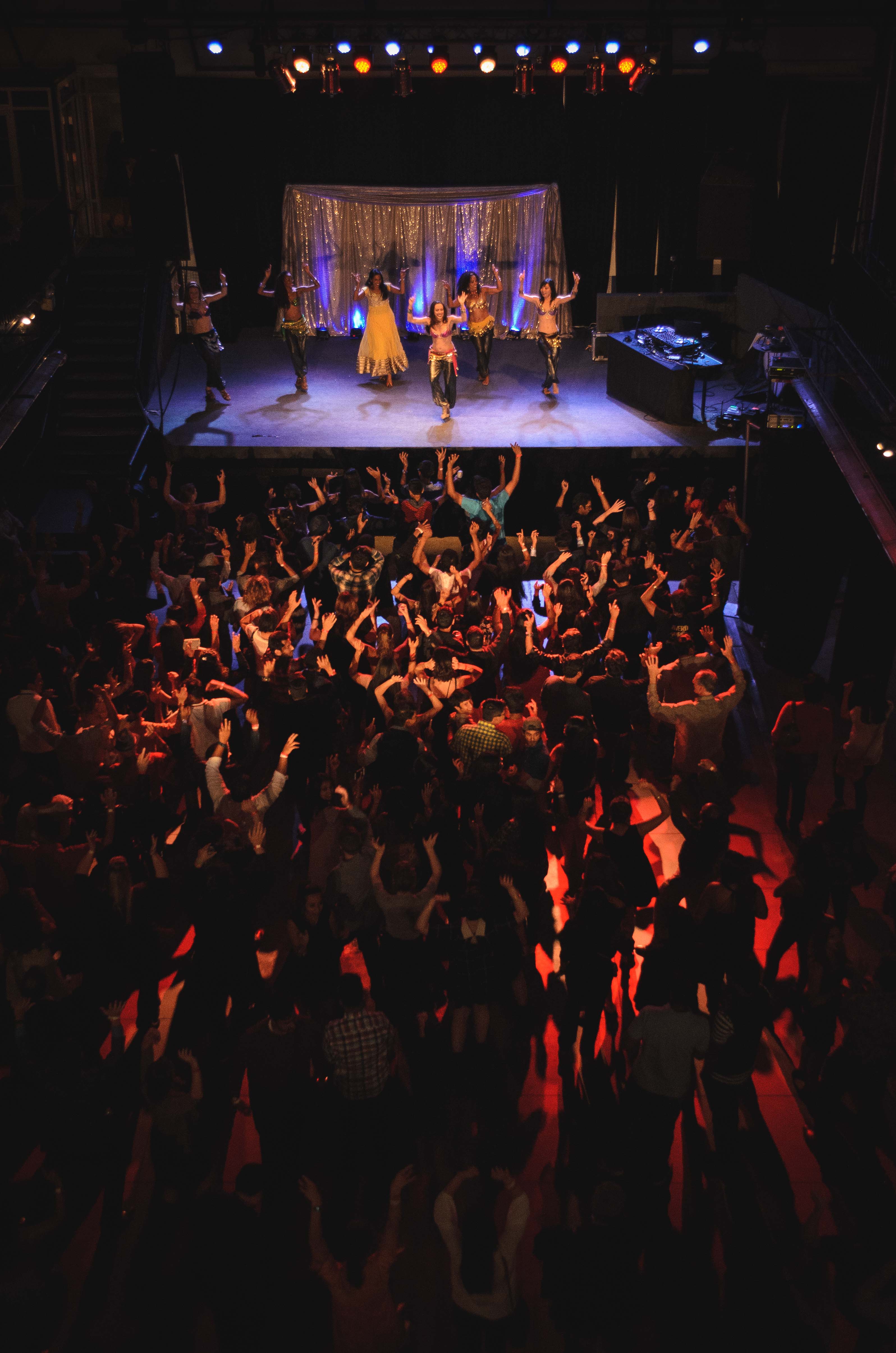