The Ghosts that Make Red Rocks a Paranormal Playground

Lucky for me, we have them right here in Colorado. Dilapidated mines, eery ghost towns and tales of hikers who made the wrong turn are abundant in this old state. Red Rocks is no exception. The real and the make-believe tango at this ancient formation each night. Once the final reverberation of the encore song drifts away and after the parking lot releases its last car into the pitch dark night, someone, or something else takes the stage. 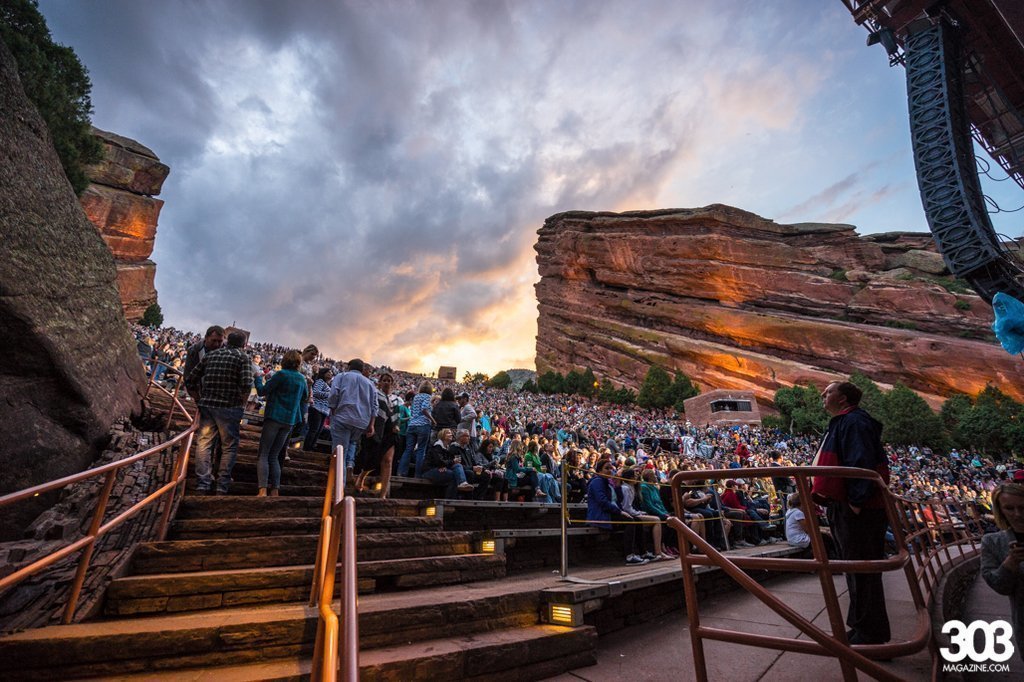 The Hatchet Lady of Red Rocks

Tales of this woman take multiple forms but each manifestation shares the same purpose – to scare off mischief makers and lovers alike. Colorado Haunted History, a Morrison ghost touring company, cautions that the hatchet lady resides in a small cave in the shadow of the rocks and often appears naked, wielding an ax in an attempt to dismember misbehaving children. In Tom “Dr. Colorado” Noels book, Sacred Stones: Colorado’s Red Rocks and Amphitheater, the woman is a malevolent force who patrols the rocks, looking for couples getting too intimate.

The Rocky Mountain Paranormal Society (RMPS) interviewed current and former Red Rocks employees in hopes of delving deeper into all things supernatural surrounding the famed rocks. A former confession stand worker, Cill Carle, claimed that the Hatchet lady could be the ghost of an past Morrison resident – Old Mrs. Johnson. Mrs. Johnson was not a fan of young love. Carle said that Mrs. Johnson carried a hatchet and pulled her jacket up over her head to frighten kids getting frisky after dark. The Rocky Mountain Paranormal Society cites another explanation for the terrifying apparition – she’s actually the ghost of a homeless woman who lived in a secluded cave in the rocks but who died in the 50’s.

No matter her form, I wouldn’t want to be loitering around the park once the sun has set. 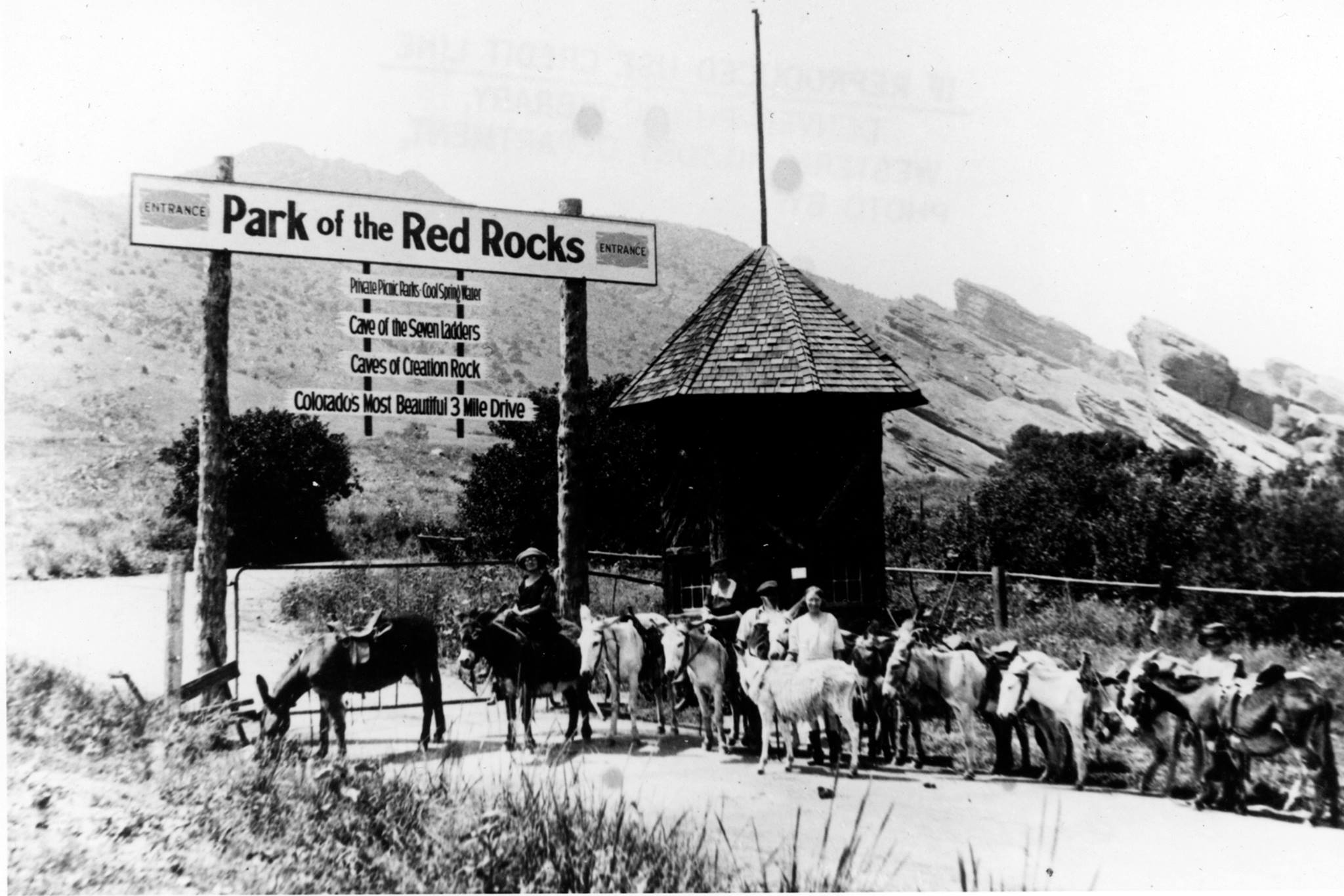 A lesser known haunting is the apparition of an old miner. He stands around 5’5 feet tall, has a long white beard and carries a bottle – presumably booze. Unlike the Hatchet Lady, the miner isn’t violent but rather, grouchy – just like an elderly prospector would be. He is said to appear in the off-limit portion of the stage. If you believe in ghosts, this story isn’t all that far-fetched. Colorado is riddled with abandoned and defunct mines where a great number of workers met untimely deaths. Maybe he appears as a reminder of our states rich history. Or maybe he just wants to kick back with a nice beverage and enjoy some live music.

The Rocky Mountain Paranormal Society performed an investigation of The Trading Post. According to current and past employees, this historical gift shop contains more than magnets and memorabilia – it’s also home to a number of spirits. None have appeared in ghostly form but they leave their mark in other ways. One employee, Matt Corry, describes ghostly occurrences like it’s just a part of his typical work day.

“Usually, it’s just getting dark. We all hear scratching, like dogs scratching on doorways. I found one employee just bawling one day. She said she heard a man’s voice whisper her name, right into her ear. But when she wheeled around to look, there wasn’t anyone there.”

When the Trading Post sold name-plated coffee mugs, employees used to find them smashed on the ground in the morning after the last person left for the evening. Some may say it’s seismic activity, wind, or human intervention, but RMPS performed a study of the entire geological area and found nothing out of the ordinary. “The report from the N.C.R.S. – U.S.G.S. concluded that while the area has an amazing array of unique features it has nothing that would seem to promote a cause for perceived paranormal activity.”

According to the employees, the downstairs boiler room is definitely the creepiest. Just the words ‘boiler room’ invite images of moldy basements, lit by a bare, flickering light-bulb covered in cob webs. It’s downstairs where employees sight the most activity – door handles shake on their own, locks unlock themselves, boxes fly off the shelves.

All of this is, of course, greeted by skeptics, and for good reason. There’s usually a tangible explanation for most things in life. Whether the ghosts that linger in the Trading Post are real or not, the employees don’t mind working with them. They don’t seem malevolent, but rather peculiar. Each story, real or make-believe, adds to the beauty and mystery that lie within the rocks. 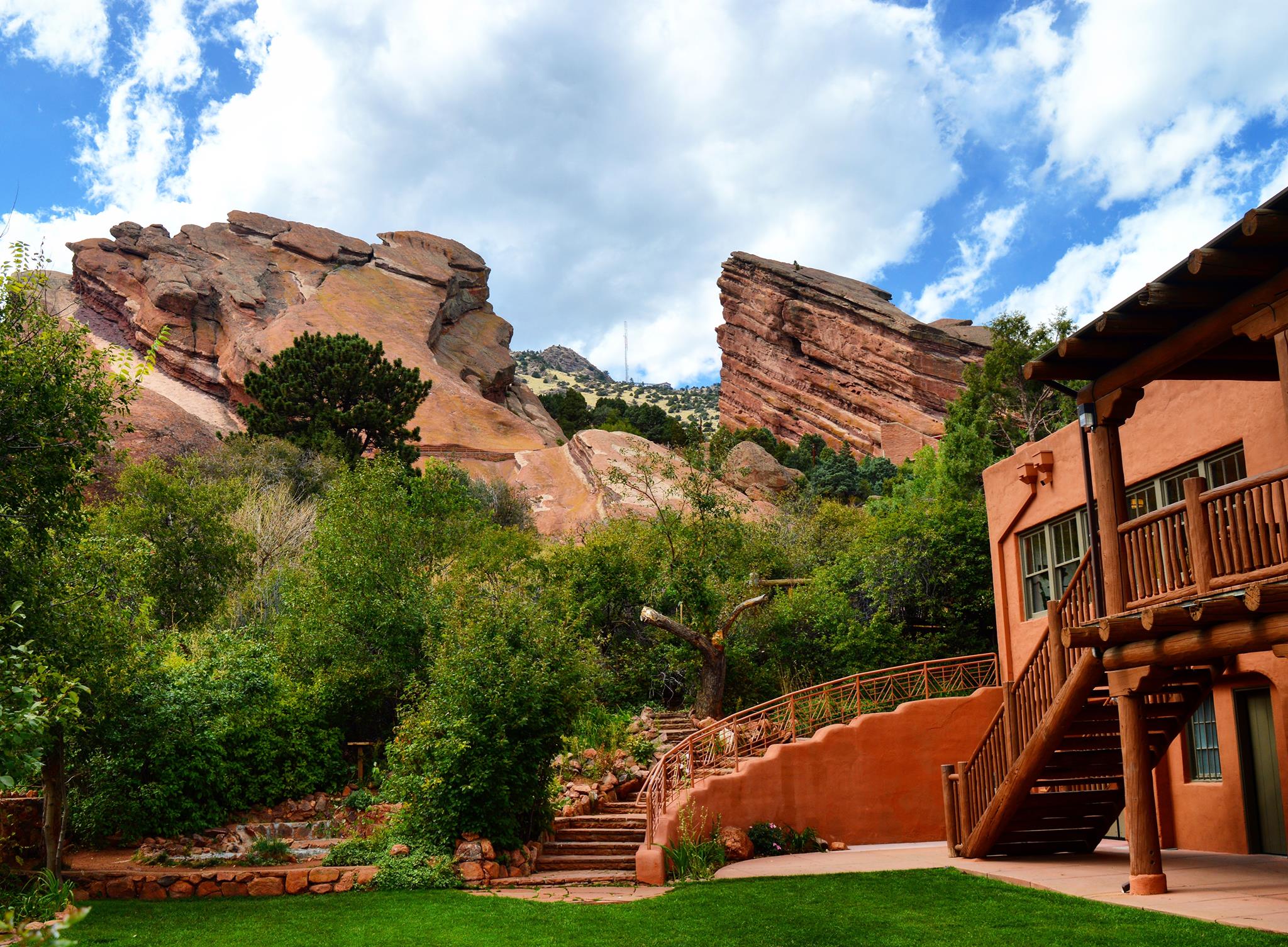 It’s no secret that Colorado was home to multiple, large Native American tribes – the Utes, Arapahoe, Cheyenne and Navajo just to name a few. Many of these tribes believed in after-lives, spiritual entities and the power of mother nature. It comes as no surprise that many Native American spirit sightings occur at Red Rocks. Some apparitions are even dressed in ceremonial garb. These sightings aren’t as vetted or even well-known as other ghostly apparitions, but out of all the Red Rocks tales, these ghosts seem to make the most sense. 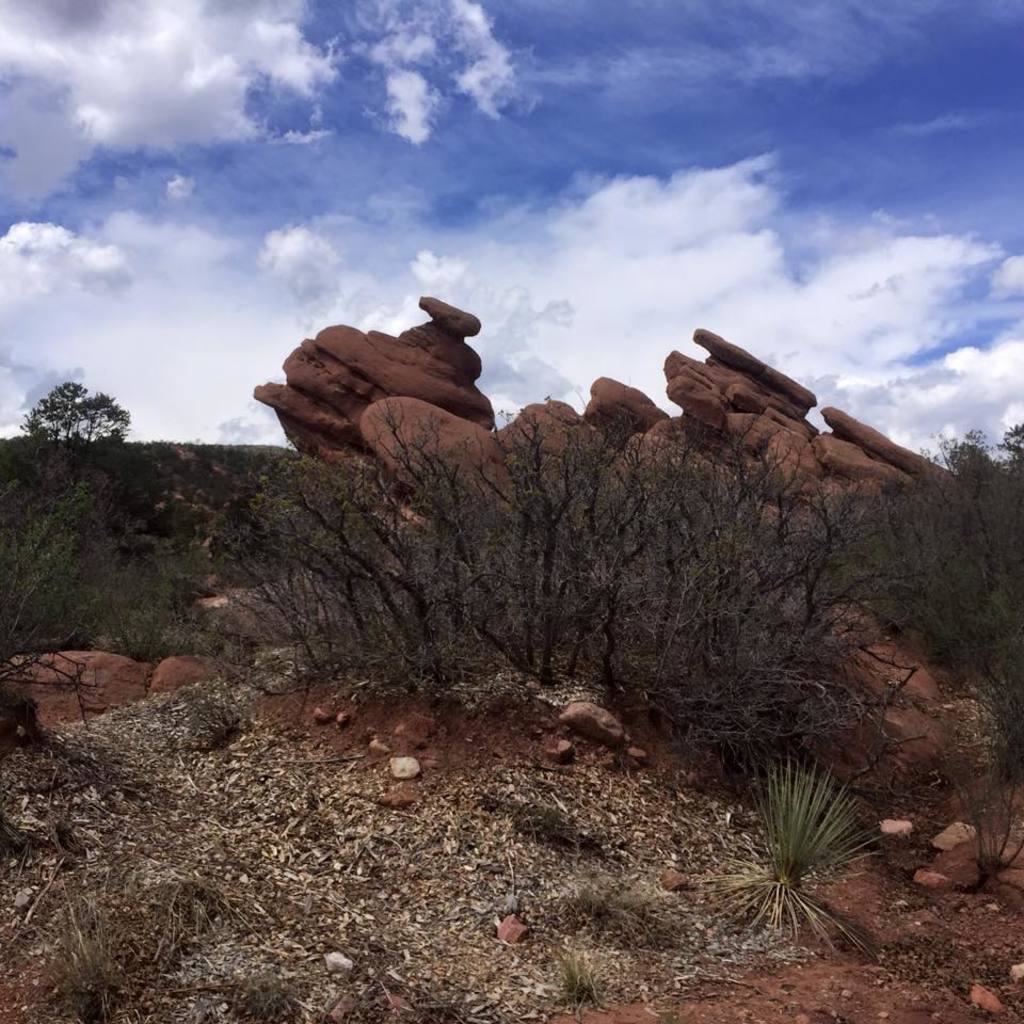 Red Rocks is the historic home of many legends – phenomenal performances, last shows and break-out acts. Perhaps the ghost stories surrounding this natural wonder add to the park’s ability to make such legends happen. Everyone has a story to tell, living or dead. Is it really up for us to decide if it’s make-believe? We might as well lend an ear and enjoy the tale. It only adds to the rich fabric of Colorado’s history.