Earlier this week Chance the Rapper released a new music video for “How Great,” a track on his acclaimed 2016 album Coloring Book. Filmed only on an iPhone, the video is raw and black-and-white but filled with heart and soul provided by an all-black female choir. Chance explained his decision to highlight the singers on Twitter by saying he “wanted to showcase strength and fragility. [That’s] how women who taught me how to pray look.” The music video also includes appearances by Francis and the Lights, Jay Electronica and even members of Chance’s family. But little did we know, the video was filmed live, backstage at the Mile High’s very own Fillmore Auditorium with local Denver singers.

Chance’s sold-out show at The Fillmore on September 20 was arguably one of the best of Denver’s 2016 season. The evening was filled with gospel singing puppets, inspirational crowd involvement and an overall impeccable performance from Chance himself. Francis and the Lights opened with a phenomenal set. But before that, an enormous line was wrapped around three blocks near The Fillmore waiting to enter well after the show’s start time. Well, now we know why—Chance and his Denver singers were rehearsing and planning the video shoot for “How Great.”

303 Magazine had the opportunity to talk to Colorado native Faith Angelise, or “Queen Faith,” about the filming of Chance the Rapper’s “How Great.” Angelise is originally from Aurora and currently resides in Castle Rock. Separately, we talked with her twin siblings Sharice Christina Goins and Shairon Elise Goins (also known as Shay) both of whom were also featured in the video. In addition, we spoke with Nicole Erica Steen, the “How Great” video frontwoman and Chance the Rapper’s cousin. 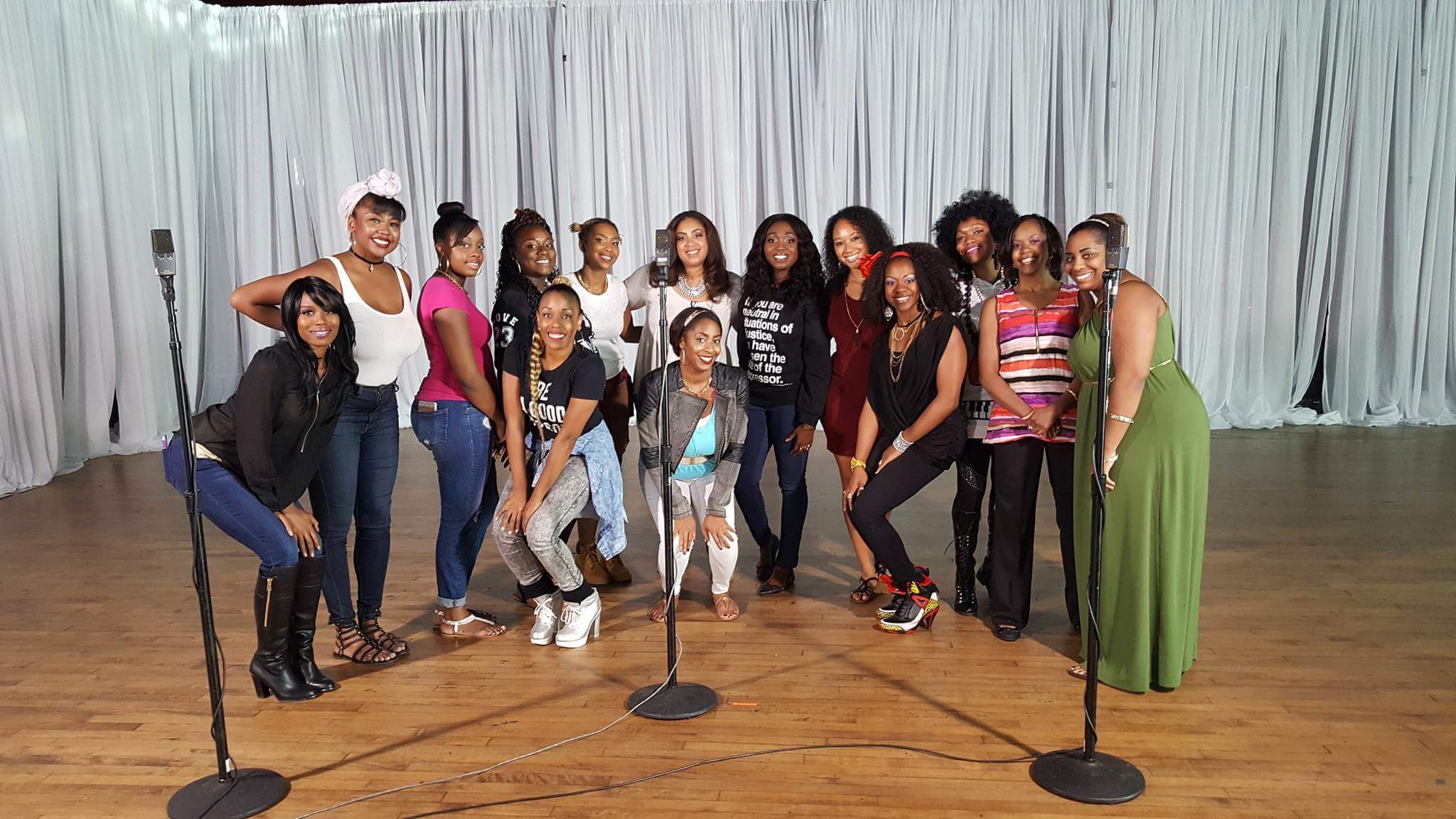 303 Magazine: Tell me about how this shoot came together.

Faith Angelise: I went to school at the University of Denver where I studied Operatic Music Theater and there I got in touch with one of the directors who does a lot of the gigs around of Colorado. She’s a conductor at the University of Denver, her name is Catherine Sailer. She usually gets a lot of big opportunities and gives me a call if she needs me to perform. It’s called Evans Choir, a group of singers that comes together for various singing engagements. But, this was a choir I put together of talented black female singers from across Colorado. [Sailer] said that they needed a group of all African-American female singers. I called a bunch of my friends and colleagues that I’ve done shows with out here in Denver and got them together. We did one rehearsal at my house before we met with Chance the next day at the hotel. We rehearsed there with the director Peter [Wilkins or CottonTail]. We met with him Chance and Francis [and the Lights]–he’s [Francis] the one playing the piano in the video. And Nicole of course, the beautiful singer at the beginning of the video. She’s so sweet. The next day we met at noon at the Fillmore. We were there for so many hours, oh my goodness. I’m so sorry because you were probably one of the people waiting outside to get in. It was just craziness. They were trying to get everything together for the show that night as well as the video. We finally got everything set up for the video and did a few different takes.

Sharice Christina Goins: We were supporting talent in the chorus for the video and now our voices are an official part of his show through the puppets who make up the chorus. 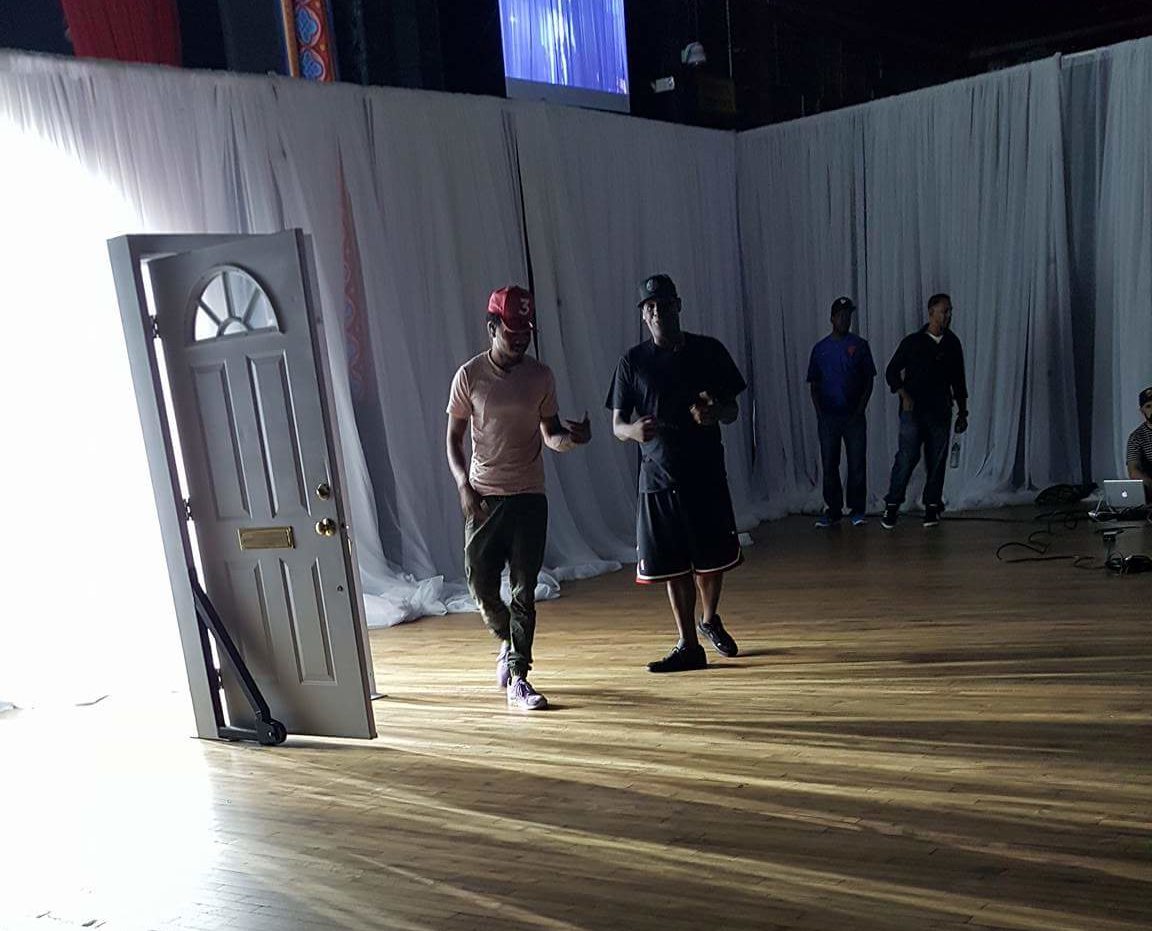 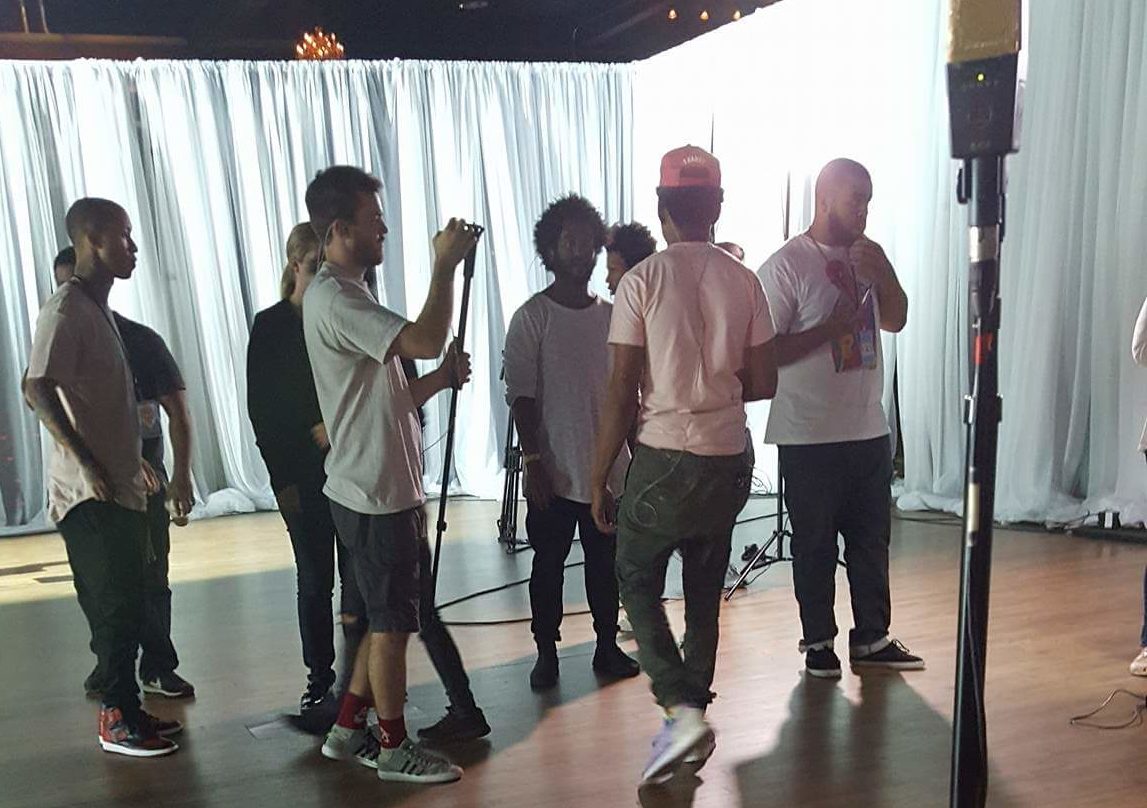 303: What was your initial thought when Chance reached out to you about this?
Shairon Elise Goins: I freaked out, I love his music but even more to reach so many people positively with a simple message was profound. He’s using his platform to provide positivity and love. Not many celebrities are down to earth and comfortable with using God in their endeavors. 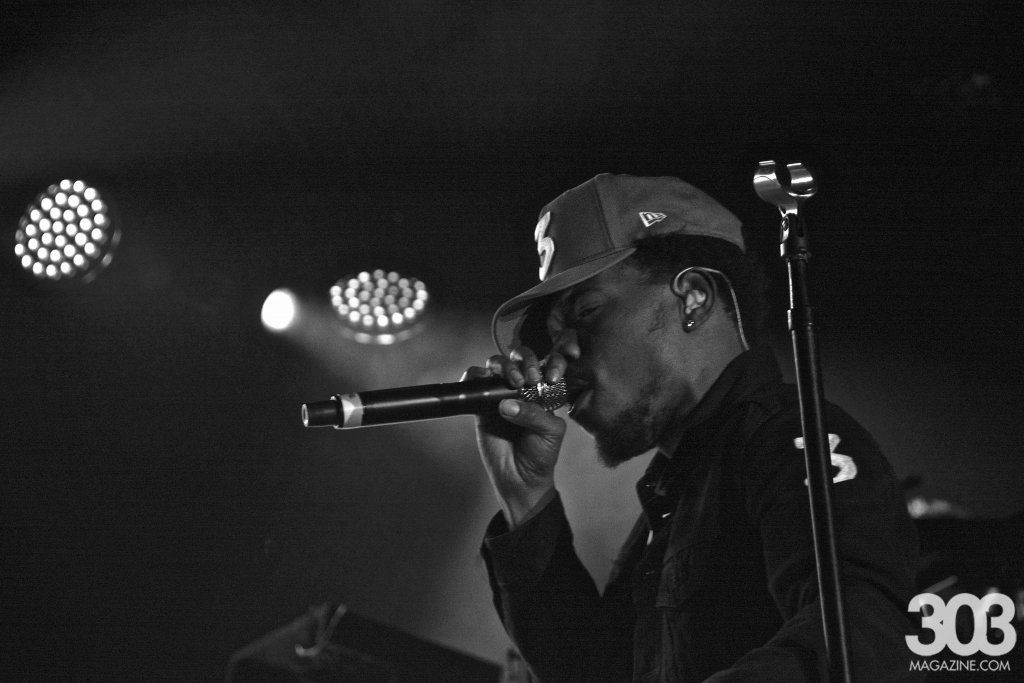 303: How many of the choir members in the video went to University of Denver (DU) or are currently attending?

SCG: Only Faith and she was the first person of color to graduate from DU’s Musical Theater program. 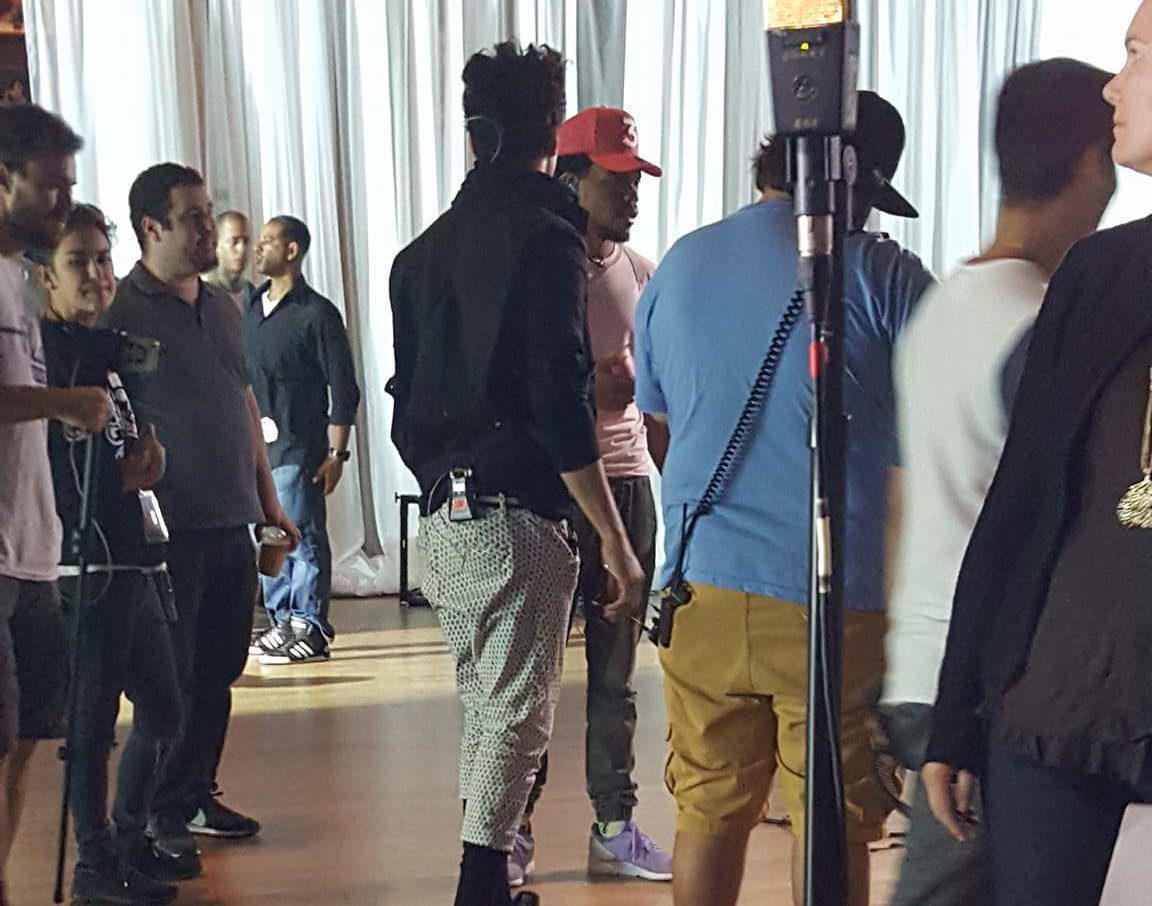 303: On Twitter, Chance claimed the video took only about three takes. That’s impressive, anything else you can tell us about that?

FA: They were full takes from start to finish of the entire song. It was pretty impressive how it came together so quickly. I just really didn’t realize it was come together so beautifully when it was so last minute. [Chance] was a little hesitant about releasing [the video] at first, but I’m so glad that he got over that hesitation and rolled into it! Everybody is loving it. It’s amazing.

303: Was the group already familiar of Coloring Book and the song before the shoot?

FA: Noooo [laughs]. Not everyone. Sometimes in church, the “How Great is Our God” song we sing a lot. So those of us who were brought up in church definitely knew part of it, but it was a different rendition completely. They sent a sheet music version, but it wasn’t exactly what Peter wanted so we had to relearn it kinda on the spot at the hotel. 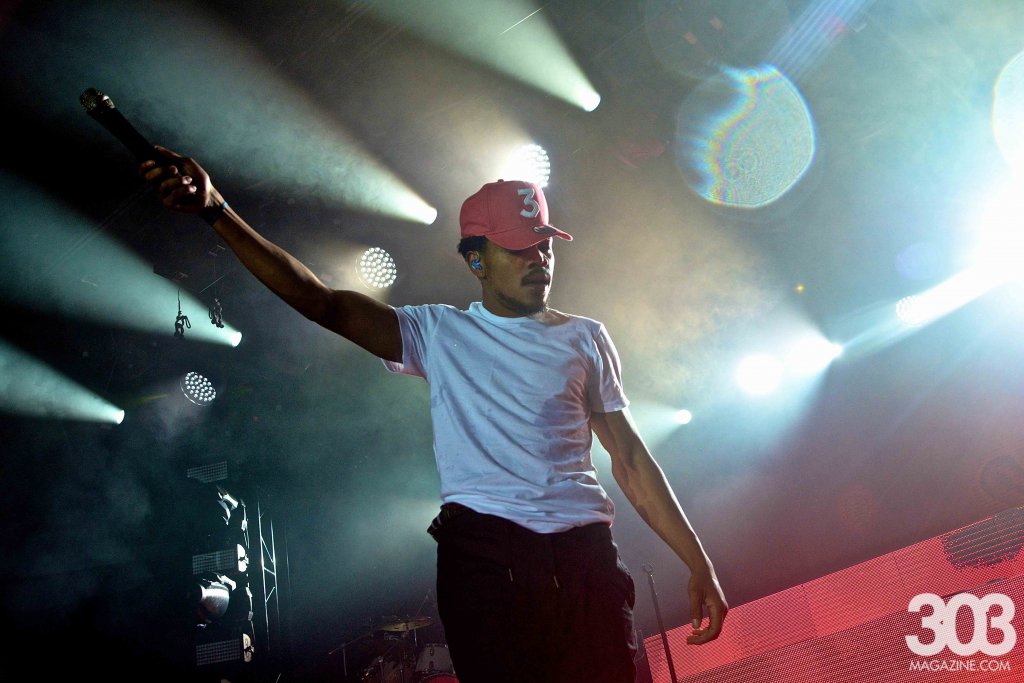 Chance the Rapper at The Fillmore. Photo by Will Sheehan.

303: Do you know why Chance decided on Denver for this shoot?

FA: I don’t know, but I do know that Catherine, the director from DU, is very close friends with the lady who arranged the Chance version [of “How Great”]. So she called Catherine and I’m thinking that that’s what got them to Colorado because she wanted to get a choir that was really gonna do the song justice.

303: Tell me more about The Fillmore’s involvement with the video. Were they excited to be a part of it?
SEG: The Fillmore was very accommodating with providing us a green room, great security, the set, and even catering.

303: Francis and the Lights is catching on pretty fast in the music industry. Anything you would like to tell us about working with him?

FA: He’s amazing and he is so silly. Ridiculously silly. But just completely talented in all different aspects of it. He’s just a ball of energy on stage. He doesn’t care what anybody thinks, he does what he wants, but he has a talent to speak for it. Especially on that piano, oh my goodness he’s brilliant. He’s real sweet and very humble for as far as he’s come. 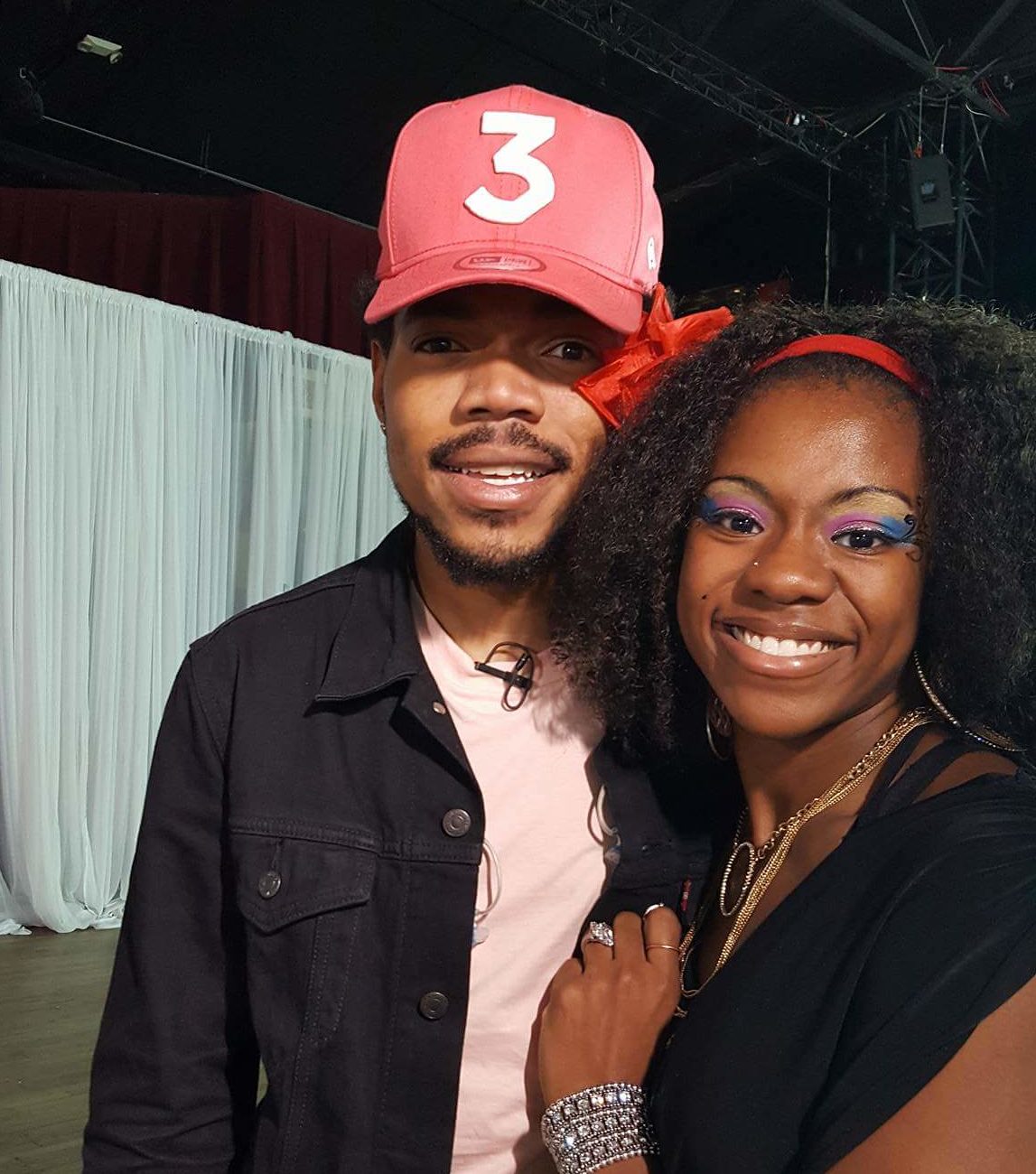 Queen Faith and Chance the Rapper

303: Is there anything you would like to add about the experience?

FA: Chance is very humble as well, and very sweet. He was very on top of everything that we needed to do to make sure it was what he wanted. He shared a personal story about where the song comes from as far as giving the song the heart that it needs and making sure that even though we lost loved ones in our lives, that that’s the song that Nicole sang at a funeral and that really is the reason why it attached to her and the strength of black women. He wanted to share that with us so that we sang from our heart. He was so involved with everything in all of the different aspects of it.

303: Is there anything else you can tell us about Chance’s cousin Nicole?

FA: She doesn’t sing for a living shockingly. It’s not what she does but it’s what she’s looking to get into doing. She’s so humble, so very humble. And it’s just like, [Nicole:] “well I just like to sing in choirs and stuff,” and I’m like [Angelise:] “girl, if you don’t step out and do what God told you to do… you were meant to shine so just go on and do that!” She has a real gift that the world needs to hear.

303: Nicole, you’ve picked up a lot of steam since the release of “How Great.” How has that felt?

Nicole Erica Steen: Since the video release I have had family members and friends sending screen shots of twitter post, magazine articles and all sorts of things. This is a very exciting time and I am blessed to have this opportunity. I am blessed to have a great family and a cousin who believed the world needed to hear my voice.

303: What’s you next endeavor after your involvement with “How Great?”

NES: What started as an A capella recording in the studio turned into something bigger than I could have hoped for. Since the video shoot I have been working on branding and trying to get myself out there. I have some amazing people who are walking me through this process and new doors are opening up. I love to sing and my desire is to make music that uplifts, inspires and encourages people. 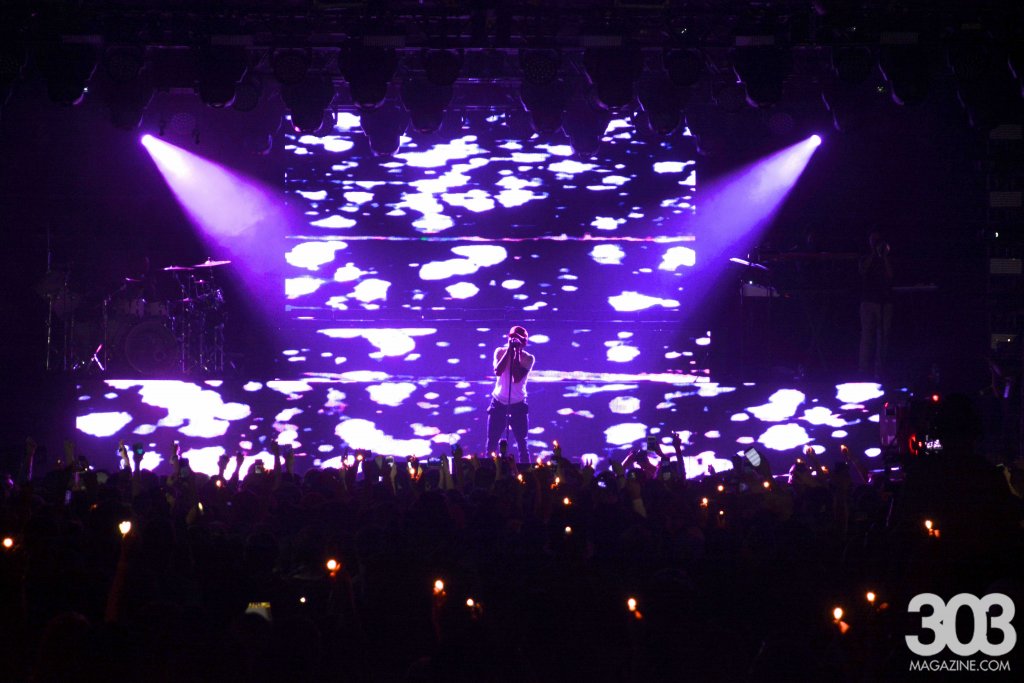 Read our review of the Chance the Rapper performance at the Fillmore here. Check out our full gallery here.