Behind the Scenes of The 13th Floor

“It is someone’s full-time job to make your scariest nightmares become a reality.” 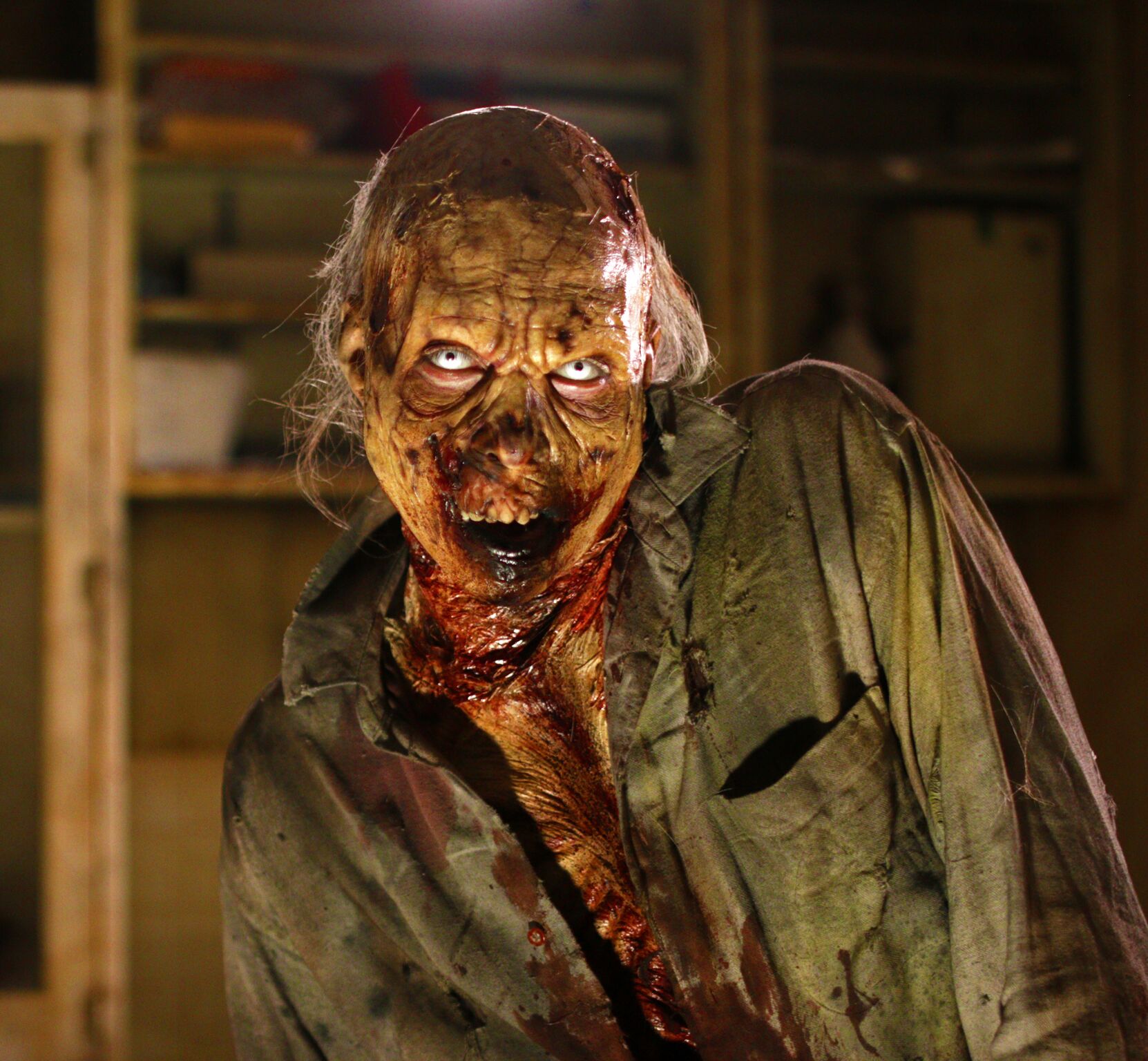 The 13th Floor is as haunted as it sounds and looks. While still standing in the chilly, crisp fall air, guests get scared by actors before even entering the 25,000-square-foot warehouse, but really it’s as long as your imagination will take you.

“The Show,” as Tye Olmsted, 13th Floor general manager, calls it, really begins a year before the haunted doors open. The staff of the 13th Floor not only plan out what the three attractions will be but also makes every detail you’ll see as you twist and turn your way through. It is someone’s full-time job to make your scariest nightmares become a reality.

“Not too far from now we kind of sit around and think of movies we’ve seen or just different things that scare us and we try to come up with something we think would be cool,” Olmsted said. 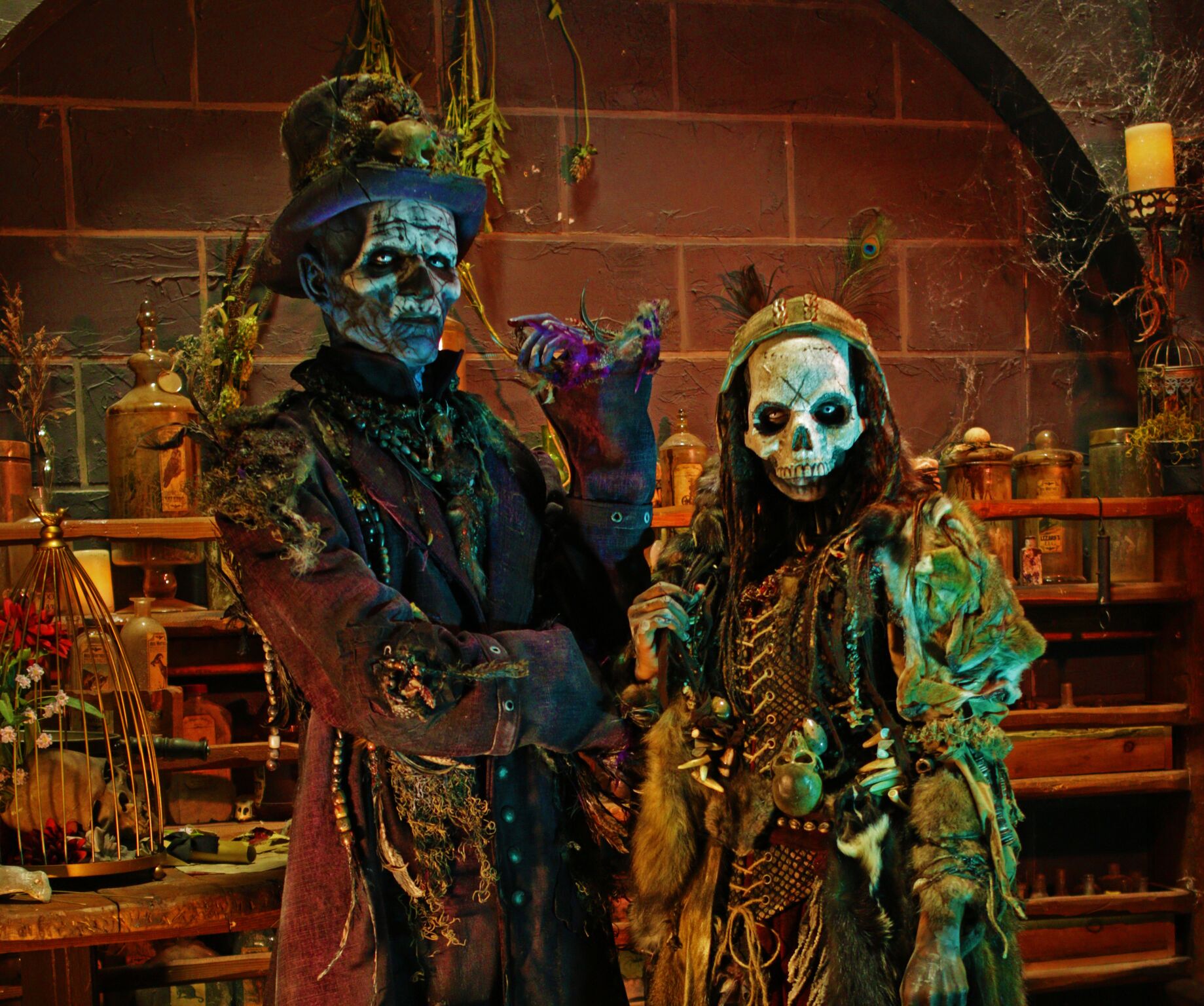 This year, there are three attractions, Slasher Remix, Undead: Abominations and finally, Cursed the Ritual (a voodoo a prequel play on last year’s Ferrell moon).

The 13th Floor truly reaches into the darkest parts of your fears and nightmares. Every sense is awakened and frightened with realistic scents to match the set, sounds to give you nightmares, sights you won’t see anywhere else, dropping spider web and cloths to feel through and the taste of your own fright. Olmsted patrols these spooky halls every day, but he says he sleeps “just fine.” 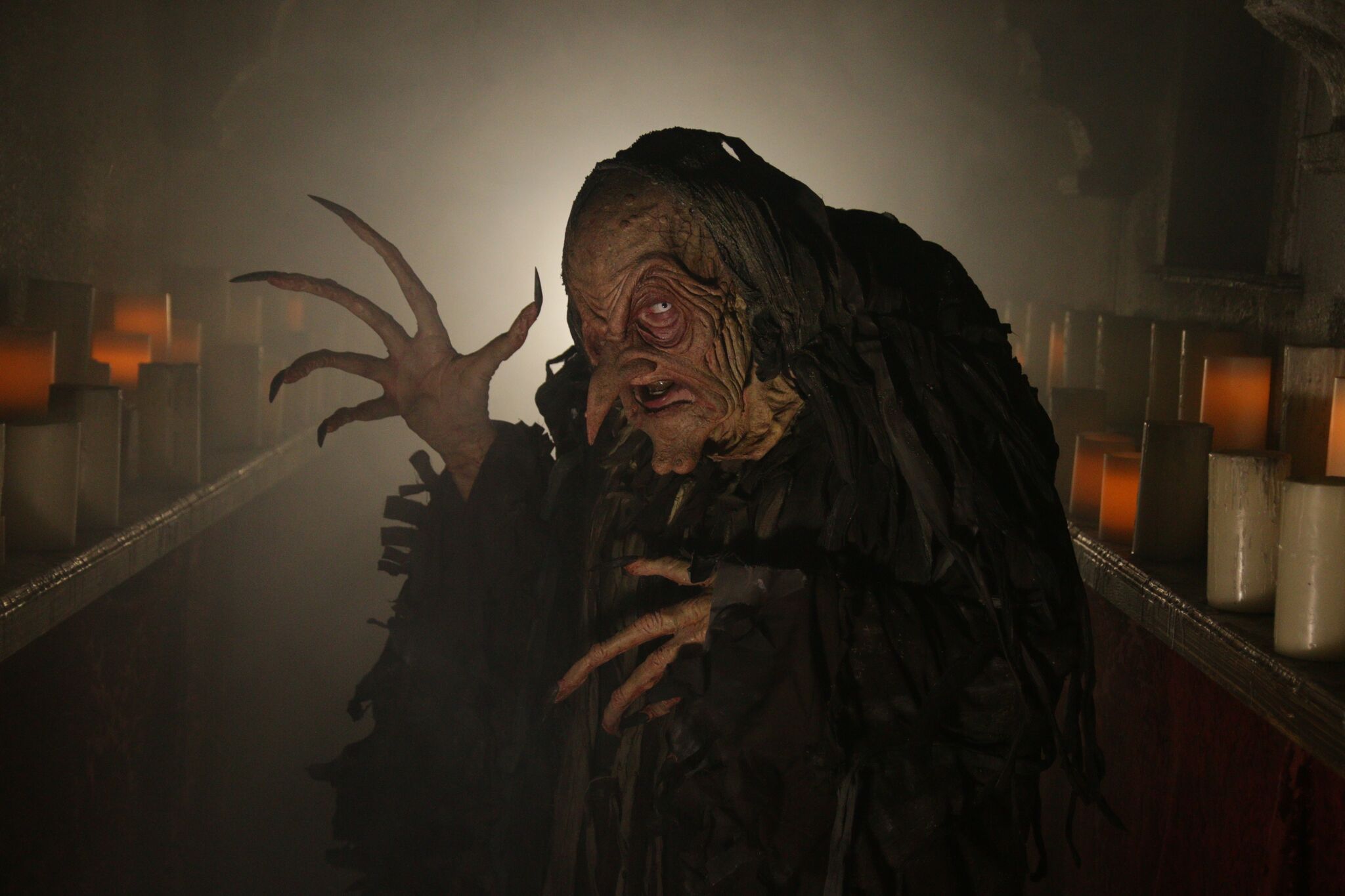 Olmsted gave us the tour as actors were getting ready and the lights were on, but for me, it was scary enough with the distance sounds of werewolves, grumbles and growls. To me, the attractions get progressively less scary, but more eerie. The Slasher Remix is blood, gore and creepy, but the other two attractions tap into the fears written in old myths and legends. The second attraction, Undead: Abominations, is the longest attraction. Visitors step off of the elevator that “goes down” to the 13th floor. Along your way through the haunted house, you’ll run into hanging pigs, a mirror maze, claustrophobic nightmares, giant werewolves, large animatronics and more. (Pro tip: watch out for the crocodile). 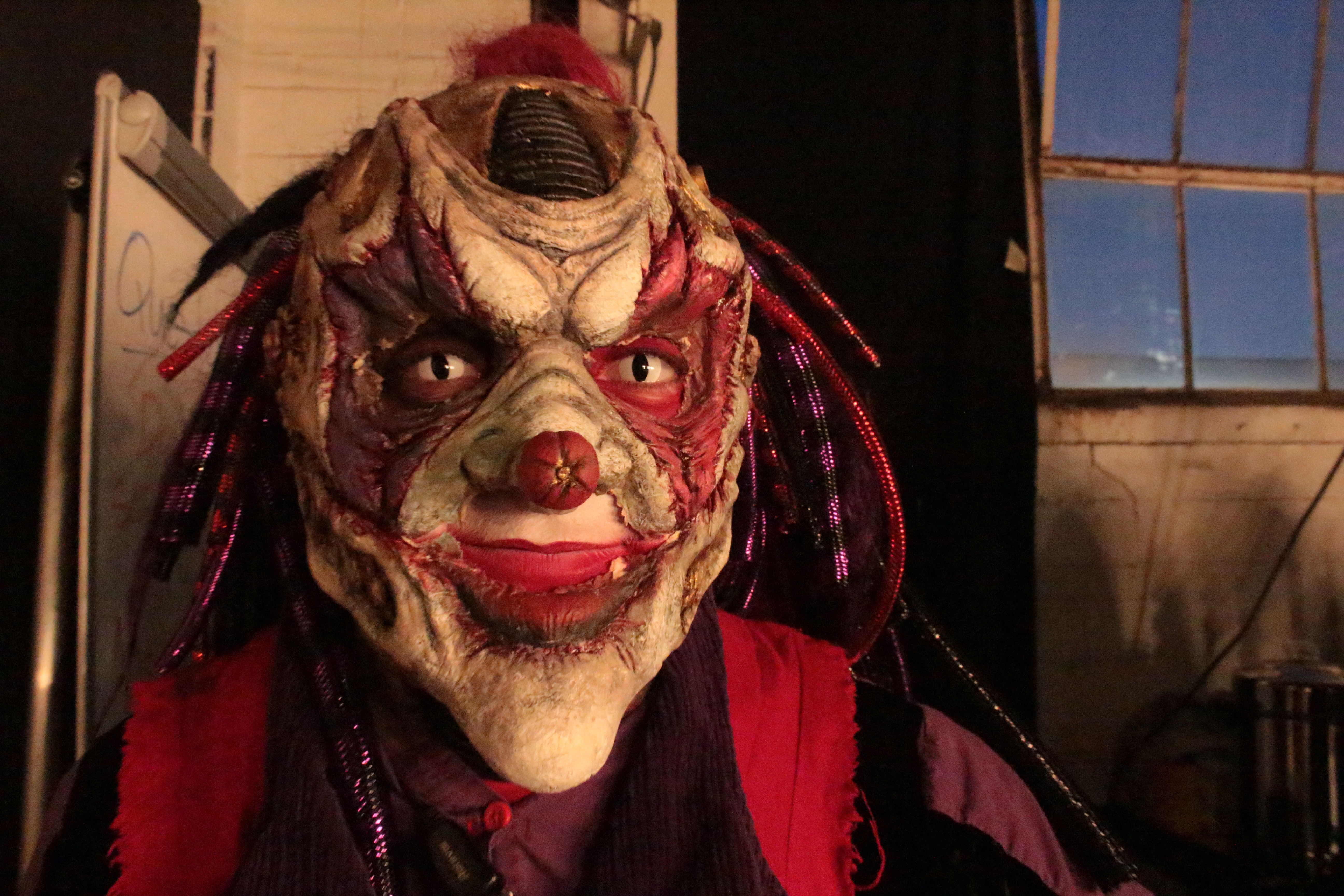 To go through the entire haunted house it takes about 40 minutes, and a lot of guts. Even with a tour guide and lights on, I couldn’t find my way, but when the show is on, only a few LED lights and fake candles light the way. If your group can’t make it through, you’re not alone. Olmsted said they pull out about a dozen groups a night, and the best place to throw in the towel is after the first attraction; it’s closest to an exit. 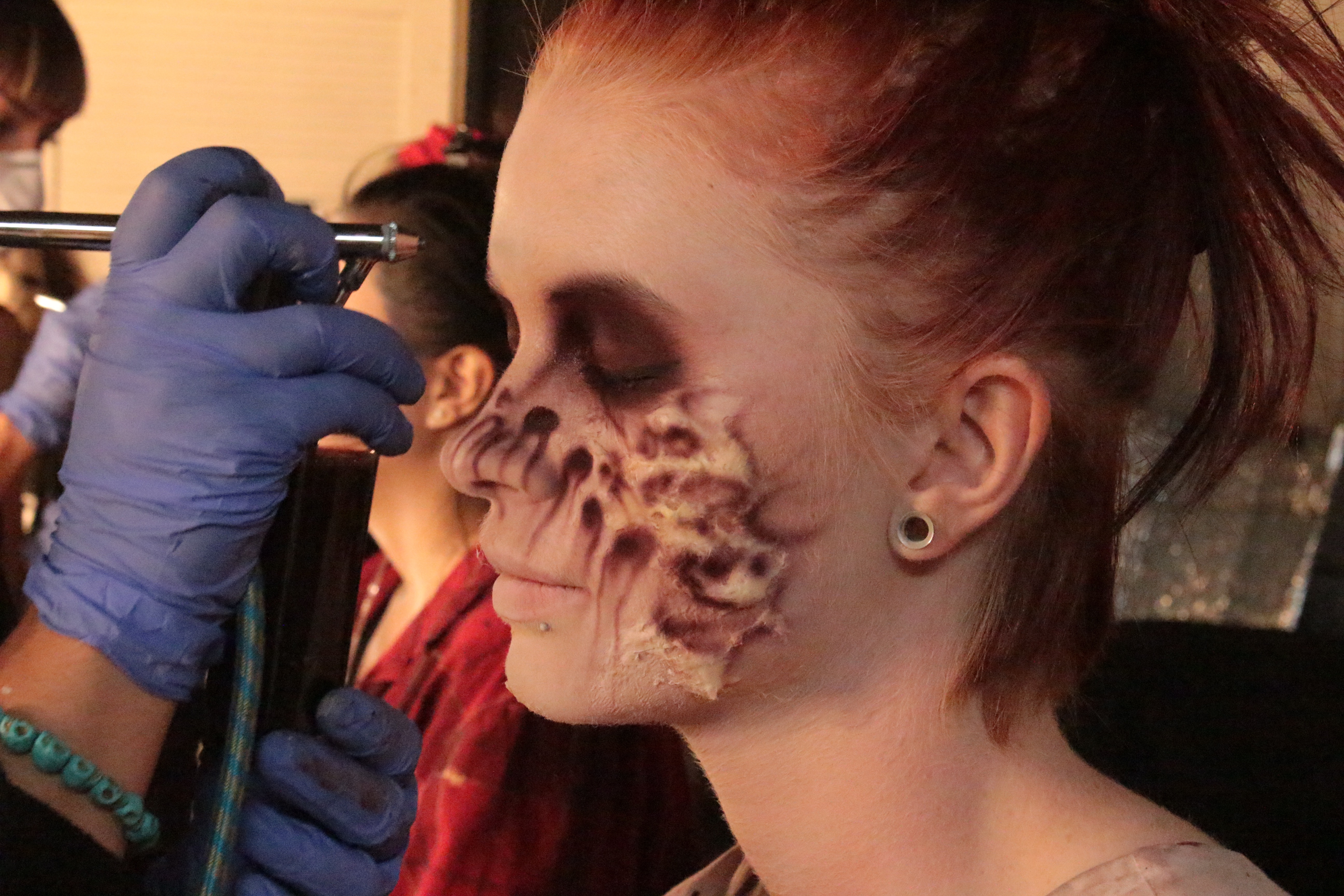 Performers not only walk around to scare goers, but are clipped in to fly and jump from above with harnesses. But the haunted house is just a warehouse that even has offices. There’s nothing more than a stage wall between the 13th Floor world and a production warehouse. The 13th Floor is truly a production of your inner fears.

Every scary face you see has been made specifically for the Denver 13th Floor, from masks to makeup. Three to four makeup artists help around 60 of the about 150 actors look scary enough to haunt your dreams each night in about an hour. Many of the masks and makeup styles you’ll see were made by Kevon Ward who was a contestant on Faceoff. 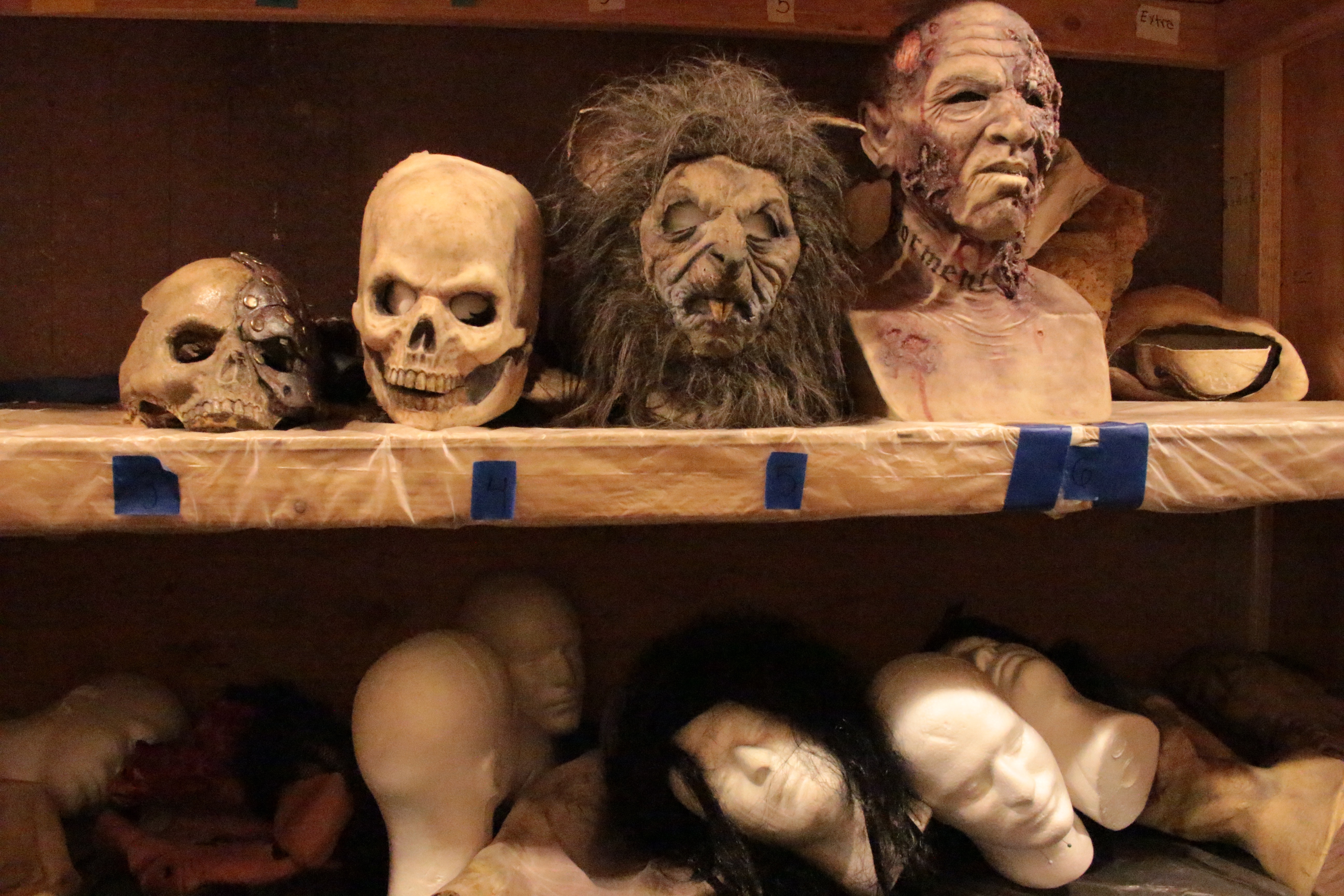 The 13th Floor is open every night for until the 31st. And if this doesn’t seem scary enough for you, the 13th Floor offers “Blackout,” where each group is only given one glow stick to find their way through the total blackness as monsters equipped with night vision haunt you. Oh, and they can touch you. Good luck. 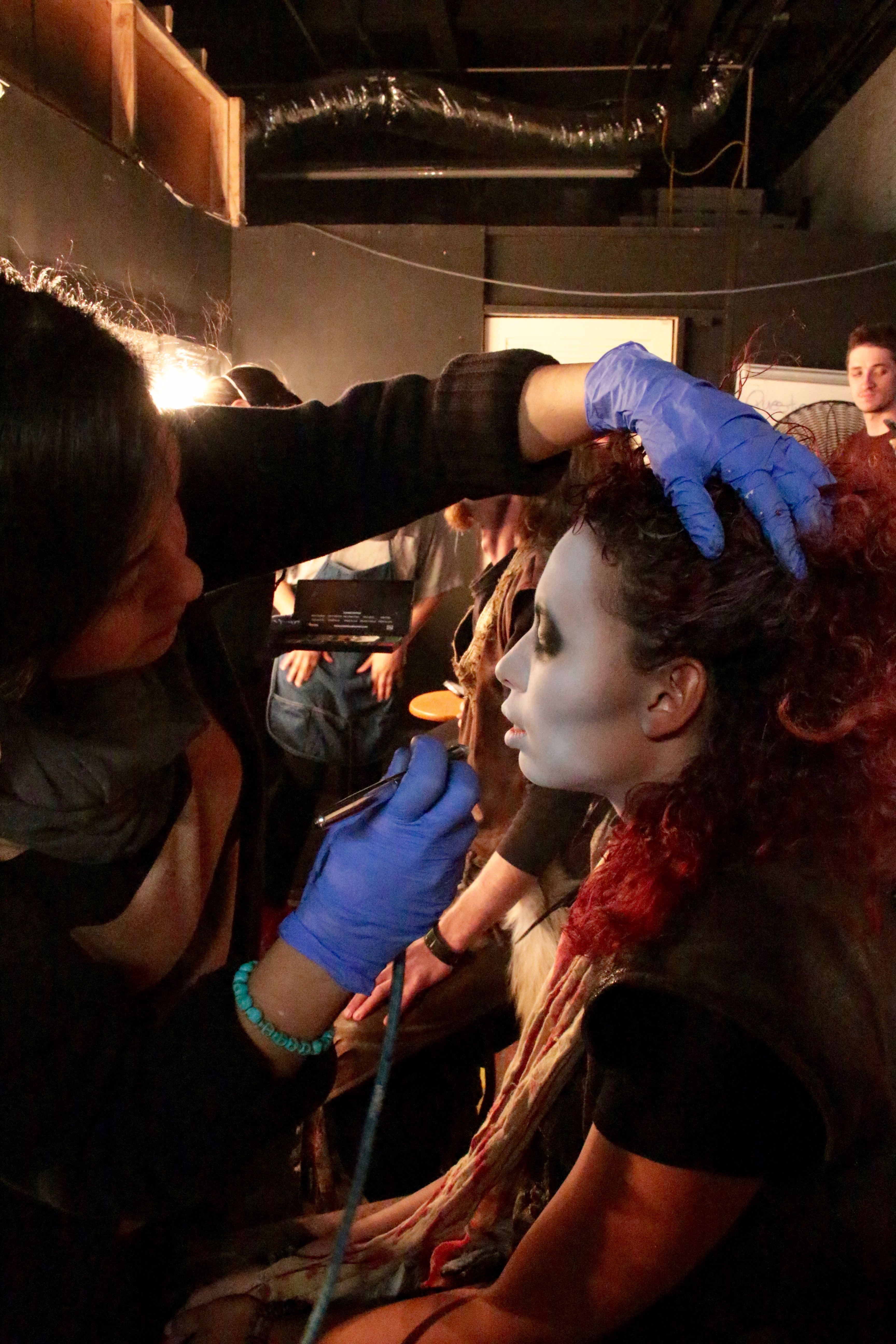