RiNo Music Festival recently held its inaugural concert series in the RiNo district, showcasing a variety of local and national talent. Little does Denver know, the music festival merely foreshadows what the district can expect in the upcoming years.

Bernard Hurley worked with AEG Live Rocky Mountains to put on the festival held at the new RiNo Live, which hits capacity at about 5,000 people. Recently, Hurley has shared his plans to use the six acres of space he owns by the South Platte River and develop it into a multi-use area, complimenting this already up-and-coming neighborhood. Hurley has been buying property in the RiNo area for 20 years now, in what seems to have been a developmental plan for the multi-use area. He has owned property in the area since 1988 and has been creating this vision for a long time. The location by the river and near downtown provides an opportunity to create something he feels as if is a void right now in the city. It will be called Hurley Place, featuring beer gardens, a bike-in movie theater, outdoor dining  and of course, live music.

“We are doing a true mixed-use development with big emphasis on music, entertainment, outdoor connectivity to the river, park and green space.” – Hurley

According to Hurley, the development has a lot of support from the RiNo community and the city of Denver with collaboration and transparency between  the local community, developers and property owners. Hurley describes this opportunity as “a big blank canvas to create something new and big for this city–a place to take people visiting Denver.” The city of Denver and the RiNo community are spearheading the development. With Hurley Place in the works along with Levitt Pavilion–both receiving support from the local government–it seems like the city of Denver is really helping to create more space for the arts and entertainment. 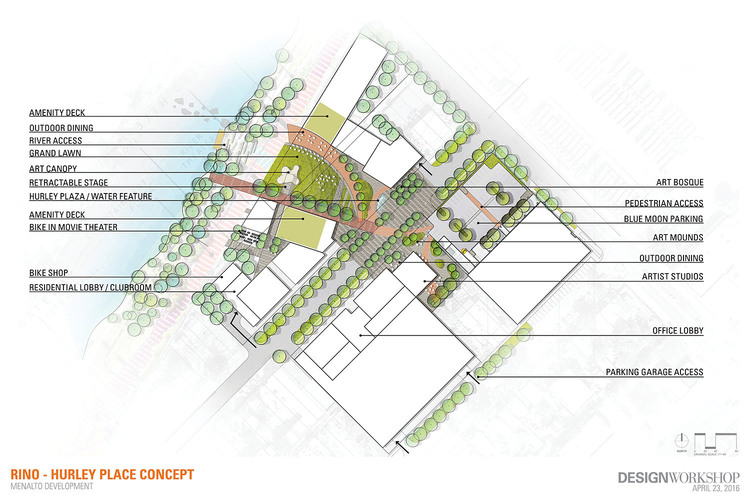 The idea is to have it be a go-to place year-round, not just in the warmer months. The open green space will cater to each season, with the potential for a farmers markets, free music, art, potentially an ice skating rink and even a pumpkin patch. Though the weather may be unpredictable, this development will help create a space for anyone to go to during anytime of the year. The open space is expected to hold about 1,500 people

The plan is to be finished within five years, but various shops will be opening up throughout the different phases of the development. 303 had the opportunity to discuss this exciting news with Hurley about this highly anticipated development.

303 Magazine: What inspired you to create this music and art community, and how long have you been planning this?

Bernard Hurley: I’ve had this vision for about 20 years now. When RiNo was developed three-and-a-half years ago, there were a lot of community meetings with developers to try to create something with a blank canvas that this location holds. This is a development for the neighborhood, not just for money. I see this being a different experience for RiNo. We’re trying to create a sense of place that will have three or four music venues that are similar size to the Larimer Lounge and have an open space that has activation year around that creates a space in the RiNo neighborhood and city of Denver we feel doesn’t exist today.

“We see down the road having South By Southwest events happening in the neighborhood.” – Hurley

303: Have the local government and the RiNo community been supportive of this endeavor?

BH: We are collaborating with the city. We have our first meeting with the city on the twelfth of September. It’s like a private/public partnership to help us plan to try and create this space that not just us, but the city has been working together with us to help create. A lot of the property owners who partnered with developers or who are developers themselves are working together transparently. There are a lot of city initiatives to ensure that people are coming in and developing something we feel is complimenting the neighborhood. It’s responsible development. How often do you have this big blank canvas to create this big portion of the city? We are doing a true mixed-use development with big emphasis on music, entertainment, outdoor connectivity to the river, park and green space. 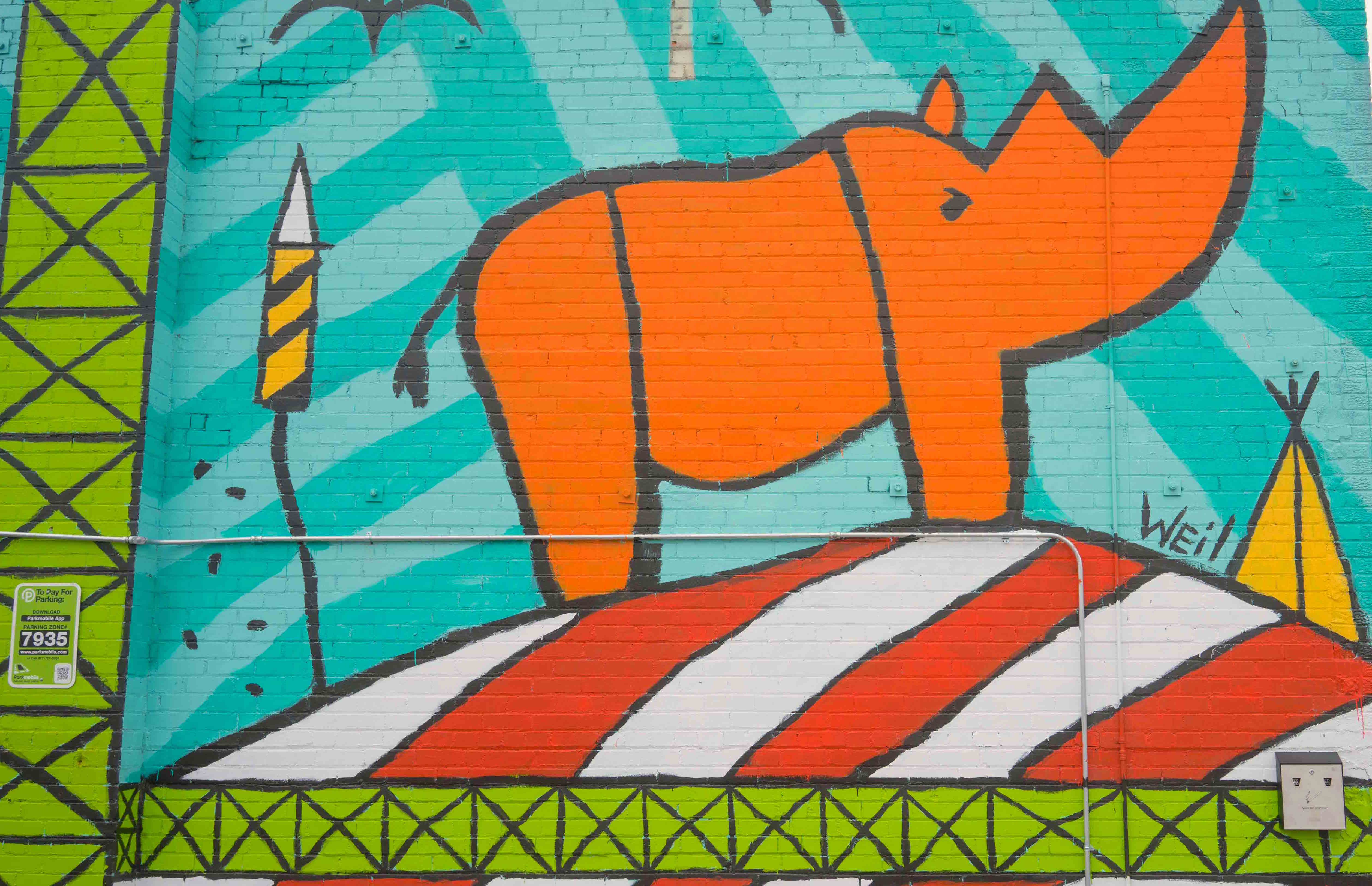 303 Magazine: Will AEG Rocky Mountain have a space for music at RiNo live and is RiNo Music Fest going to be an annual event?

BH: AEG put it on the RiNo Music Festival, so that’s up to them. I let them use the space and they put on the event. But the idea for it was to be annual. Prior to the event, we wanted to try and see how much sense it makes to use the space for other music events. We want to activate the space to be used for what it was used like it was for RiNo fest. We want the space to be able to be used and activated for community entertainment, music and other things that can energize this part of the neighborhood. It’s sitting on the river so its like a little pocket on the river, almost like an oasis.

303 Magazine: We’ve heard there could be multiple venues constructed in the area–tell us more about what those will be like and if each one has a specific purpose.

BH: There is a larger indoor venue plan for the neighborhood. There is a couple of other developments that are close to my development, that have been planned for music venues. I believe there is going to be a very large outdoor space with the National Western, it’s a very huge plan. We tie all this stuff together. We see down the road having South By Southwest events happening in the neighborhood with the three to four other developments that have music close to my development.

303 Magazine: What excites you the most about the completion of this project?

BH: It’s the ability to create this spot for people to go to. The most exciting part is putting the strokes on this blank canvas that’s going to create this sense of place where all are welcome for the city, because there’s not a lot of places that exist in the city that does this. I want it to be a place I can even go to. I’m creating this for the community and myself as a member of the community. The great lawn in the center is community space. We aren’t charging anyone. We’re going to have ground-floor retail, but this space we feel, because of the river and the development itself, that the green space and other amenities are going to benefit the community.

Interview has been edited and condensed