Following the reinstatement of routine health inspections at breweries, it has become increasingly difficult to find good spots to take your dog for a beer and a bite to eat. A mainstay of mine has been, and still remains to be, LowDown Brewery + Kitchen. Even before the renewed enforcement of laws that designate particular outdoor areas for dogs, LowDown has followed the stated rules which makes it much more stress-free for both proprietor and guest. Their dog-friendly tables are clearly marked, and they go a step further by outlining some basic codes of conduct for furry patrons. 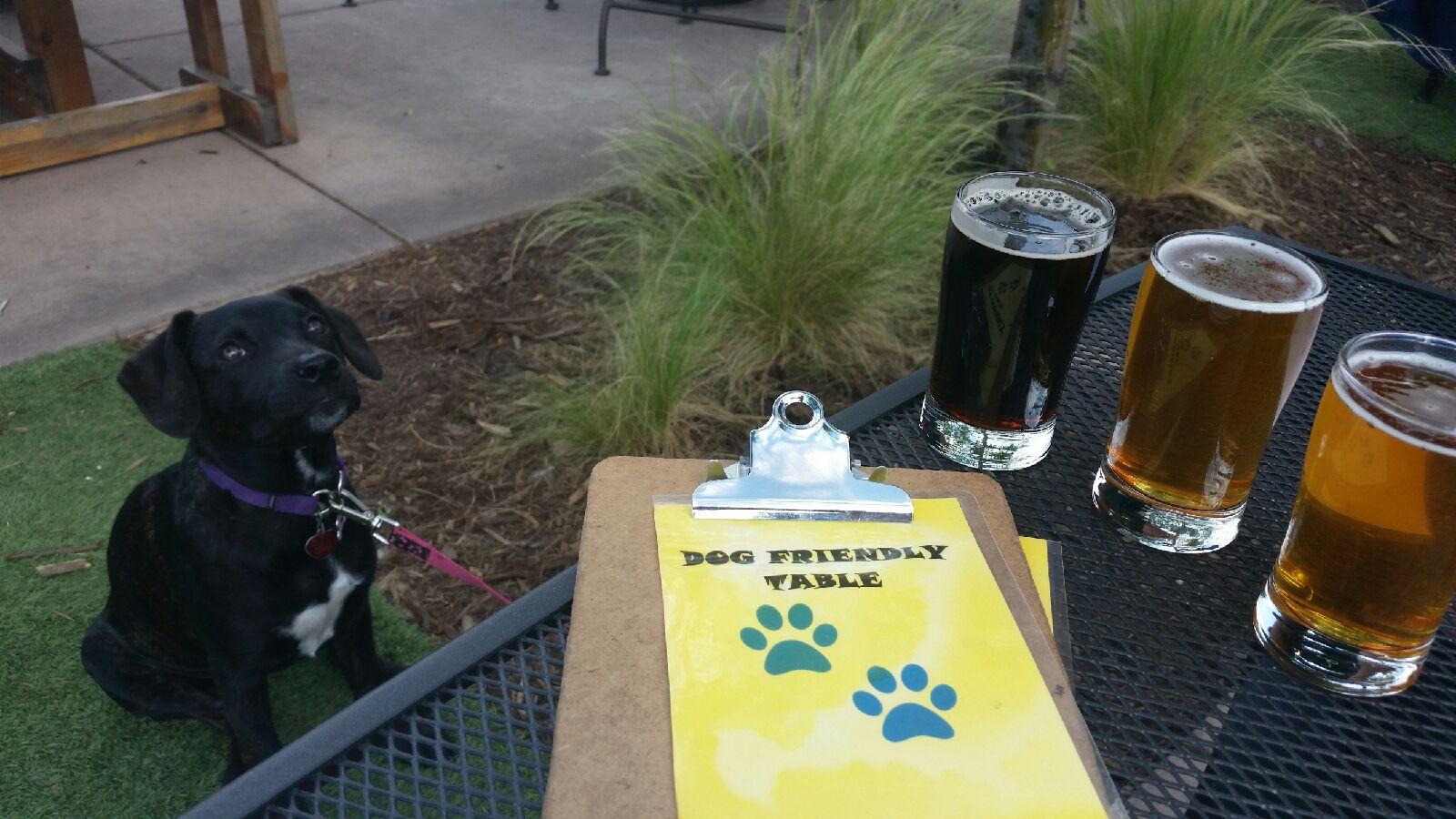 The author and photographer’s pup Ellie enjoying the patio at LowDown. Photo by Jennifer Handley.

Outside of being a great place to take the family pooch, the food and beer is just flat-out good. LowDown may not have the range of some of their larger brewing neighbors as far as selection goes, but they provide enough of a spectrum of beer flavors to pair with their menu. During the hotter months the White Ale is a good go-to, with a refreshing wheat fruitiness and a whisp of clove spice flavor for some complexity. As the beer warms, flavors of orange and banana come through, but the beer remains refreshing and great with any of the pizzas, salads and most brunch items. 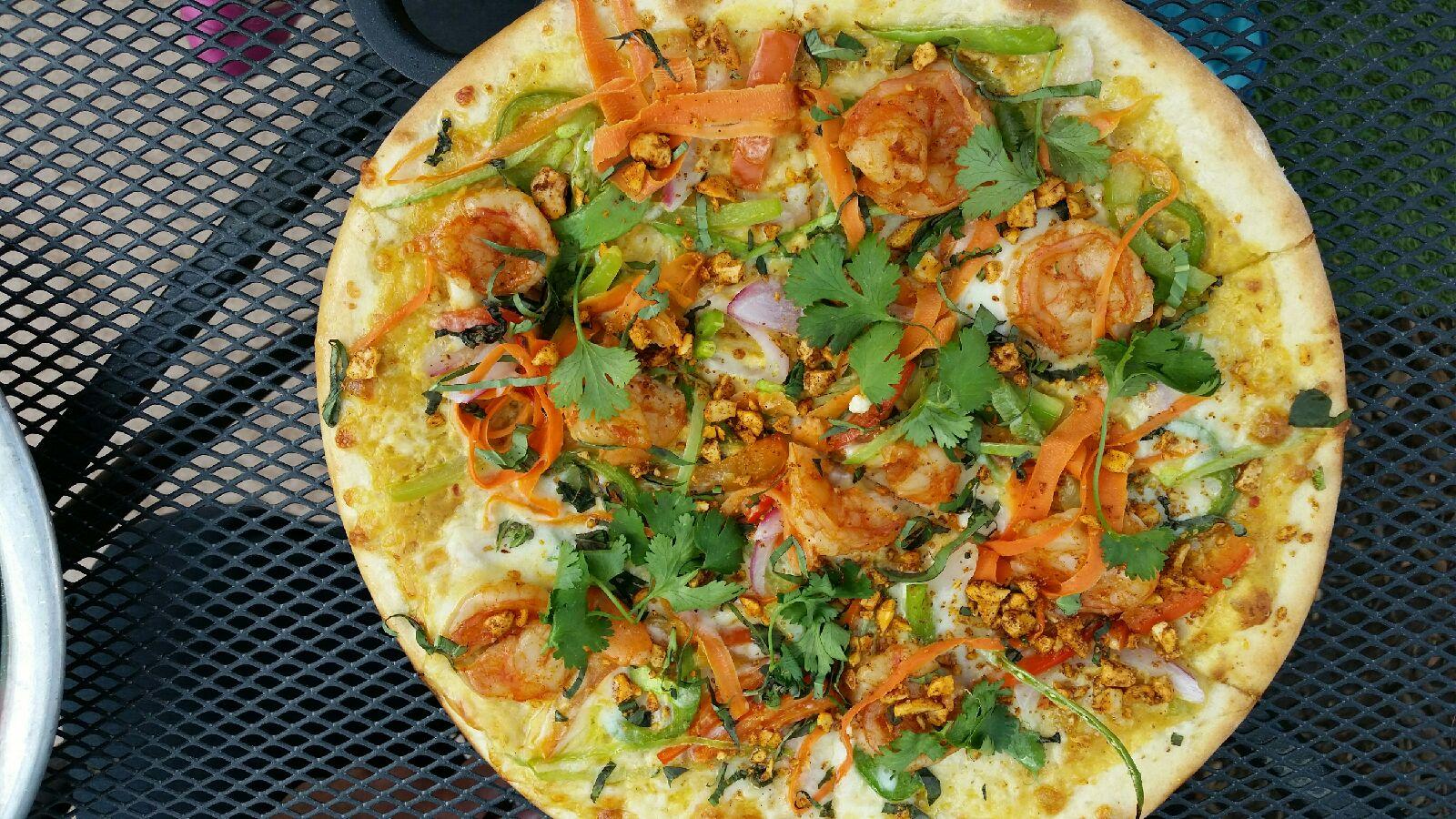 My favorite dish has to be the Shrimp Pad Pie. It is just as it sounds—basically pad Thai on top of a pizza instead of noodles. Sweet, slightly spicy, sour pickling all achieve umami, along with a range of textures from the crisp vegetables and crunchy cashews. If there happens to be one on tap, pair with a saison. The spiciness from the yeast will match the multiple layers of flavor from the pie. A dry finish helps cut through the rich pad Thai cashew sauce and also cleanses the palate for another bite. Havana sandwich with veggie side. Photo by Jennifer Handley.

Another great choice is Havana, a Cubano sandwich. For a lesson in contrast, get a stout. The roast and rich chocolate flavors in the beer go well with the sweet ham and help dampen the spicy mustard. A couple hearty slices of ciabatta are also a match for a fuller beer like a stout, but with a relatively low ABV, the beer is easy to drink without overwhelming a straightforward sandwich.