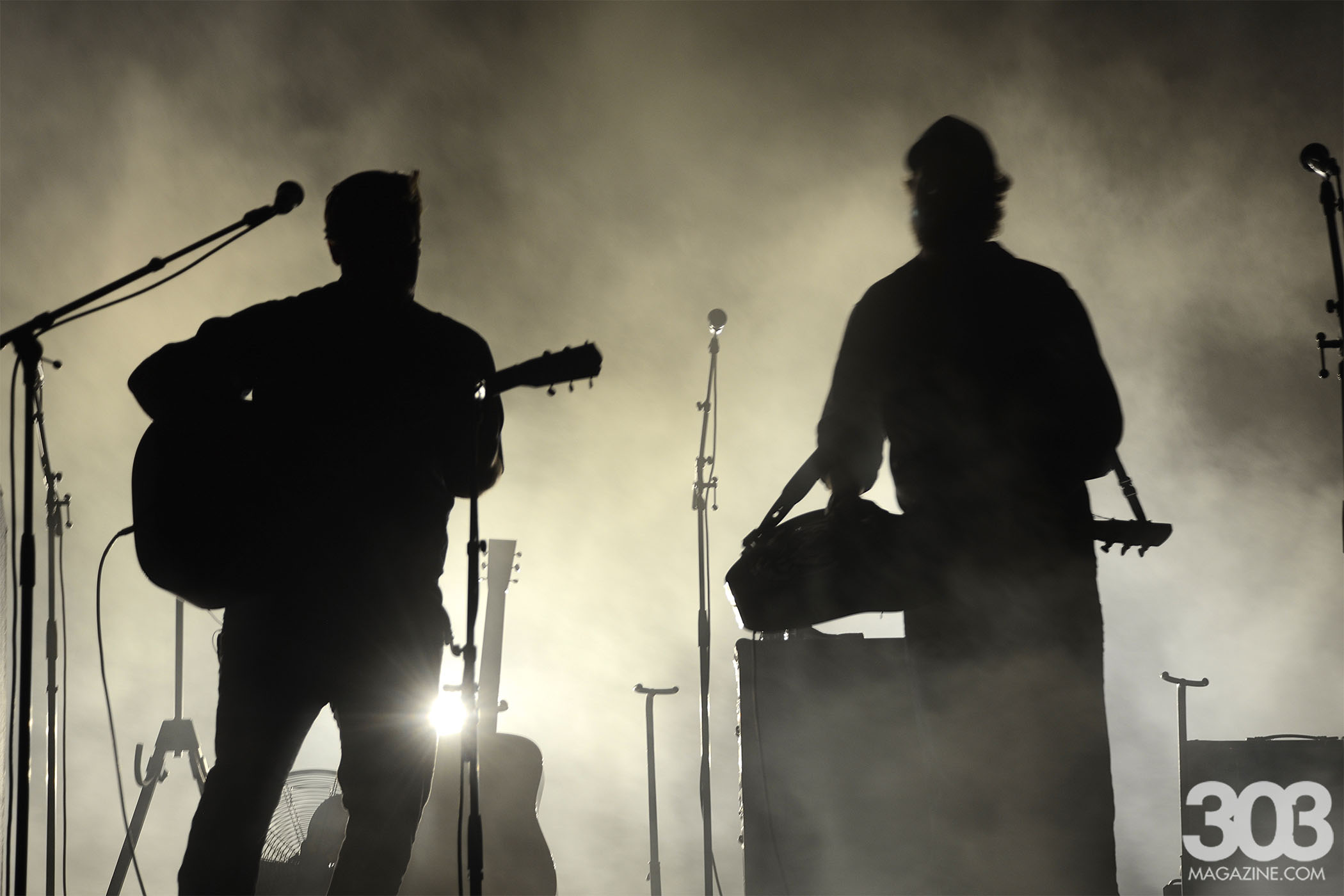 Red Rocks is in the thick of its season. With a show about seven nights a week, the venue has made room for long lists of all types of music, and is giving bands the opportunity to try and sell out the world famous amphitheater. Last Saturday night, (July 23) the Michigan band Greensky Bluegrass took that opportunity and sold out their first ever headlining night at Red Rocks, creating maybe one of their most memorable nights so far.

As dark storm clouds (that any Red Rock fan can expect any night of the summer) collected over the openers Leftover Salmon, the rain began to pour, deterring none of the fans and almost setting up an even higher energy for the headliners. Finally, for the last few songs of Leftover Salmon, the clouds cleared, creating one of the best sunsets I personally have ever seen at Red Rocks. This golden lighting set up for of one the the most content crowds I have also ever seen at Red Rocks. Every single fan seemed so happy to be where they were, slowly filling the stands completely to the top. 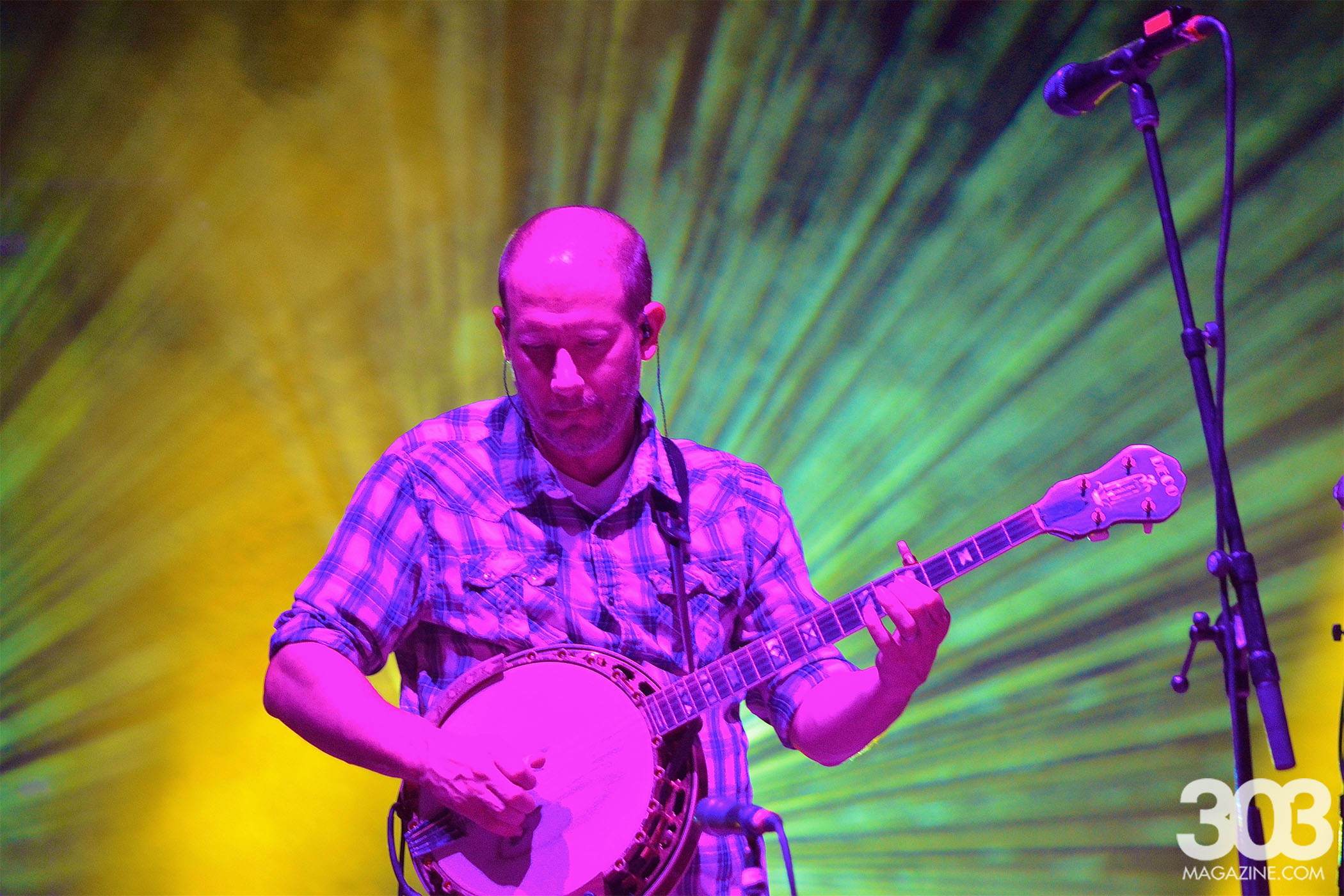 Michael Arlen Bont on banjo – Photo by Will Sheehan

At around 9 p.m., Greensky Bluegrass walked on stage. With only string instruments and not giant stage setup (other than lights), their presence before the music seemed modest, even though the crowd was screaming for their entrance. Once the music began, it seemed unreal that their humble-looking instruments could fill Red Rocks so seamlessly and turn the energy on for the entire crowd. Greensky came out hot, starting with some of their biggest hits like “Windshield” and the Pink Floyd cover “Time.”
Although they opened for Yonder Mountain String Band in 2015, you could tell Greensky was blissful in their moment and incredibly thankful for the dedicated fans they had in front of them. The smiles on their faces showed this was probably the largest and most beautiful crowd they had ever played for. As the night continued, Greensky never stopped bringing the heat all the way through into their second set. With no question of an encore, Greensky finished strong and with a final cheer that seemed to last forever. The groups passion for this night can be seen with our exclusive pre-show interview here.

With bluegrass’ huge popularity in Colorado, there is no doubt Greensky Bluegrass will be back soon, either a headlining slot at Red Rocks next summer or another night somewhere on Colfax this winter. 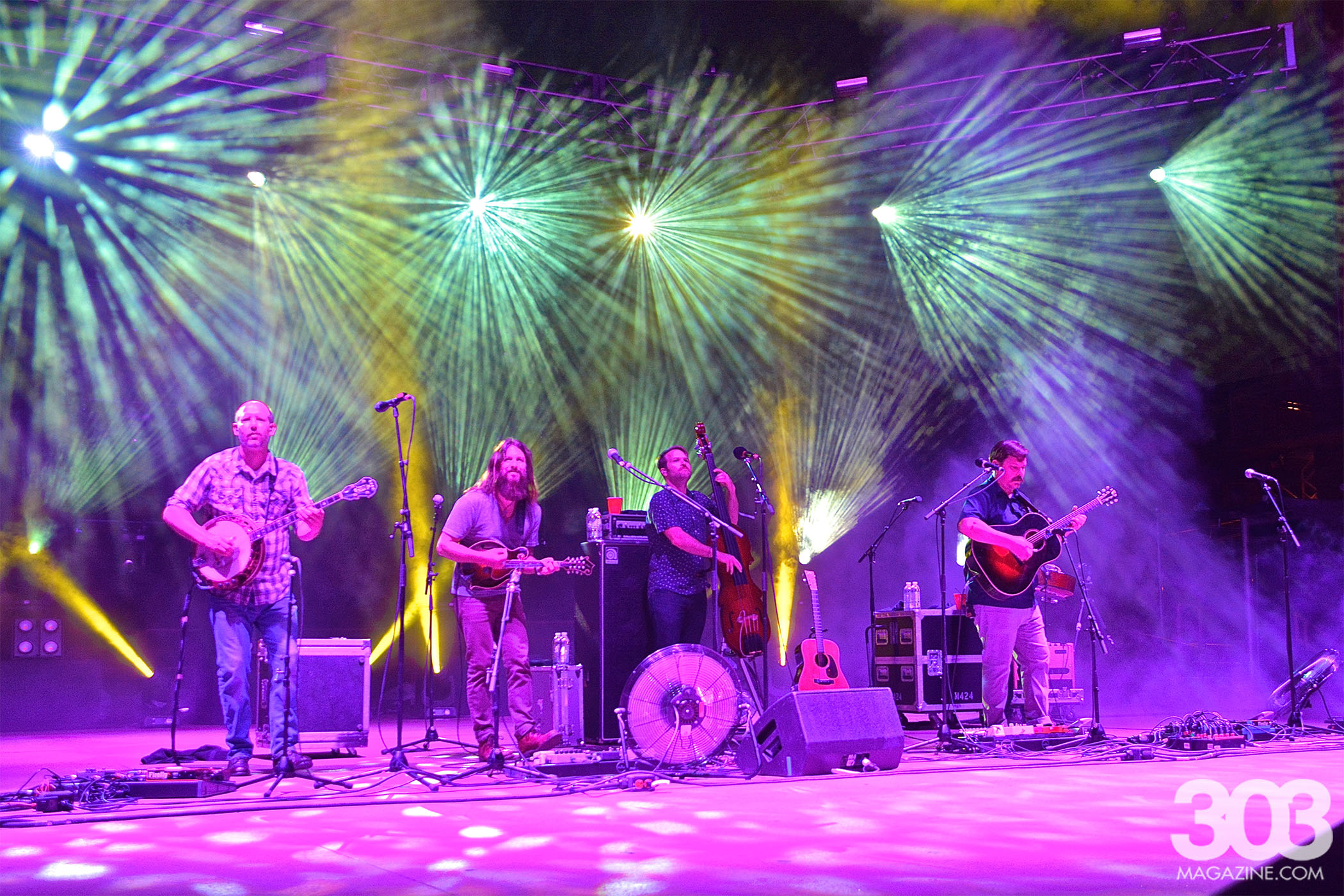