Craft coffee shops sometimes get a bad rap. Snooty baristas, expensive drinks, and an endless sea of MacBooks tend to drive anyone except those bespeckled and bearded from crossing their threshold. As a result, the whole vibe is about as approachable and diverse as an Urban Outfitters. This is not the case at Corvus coffee. 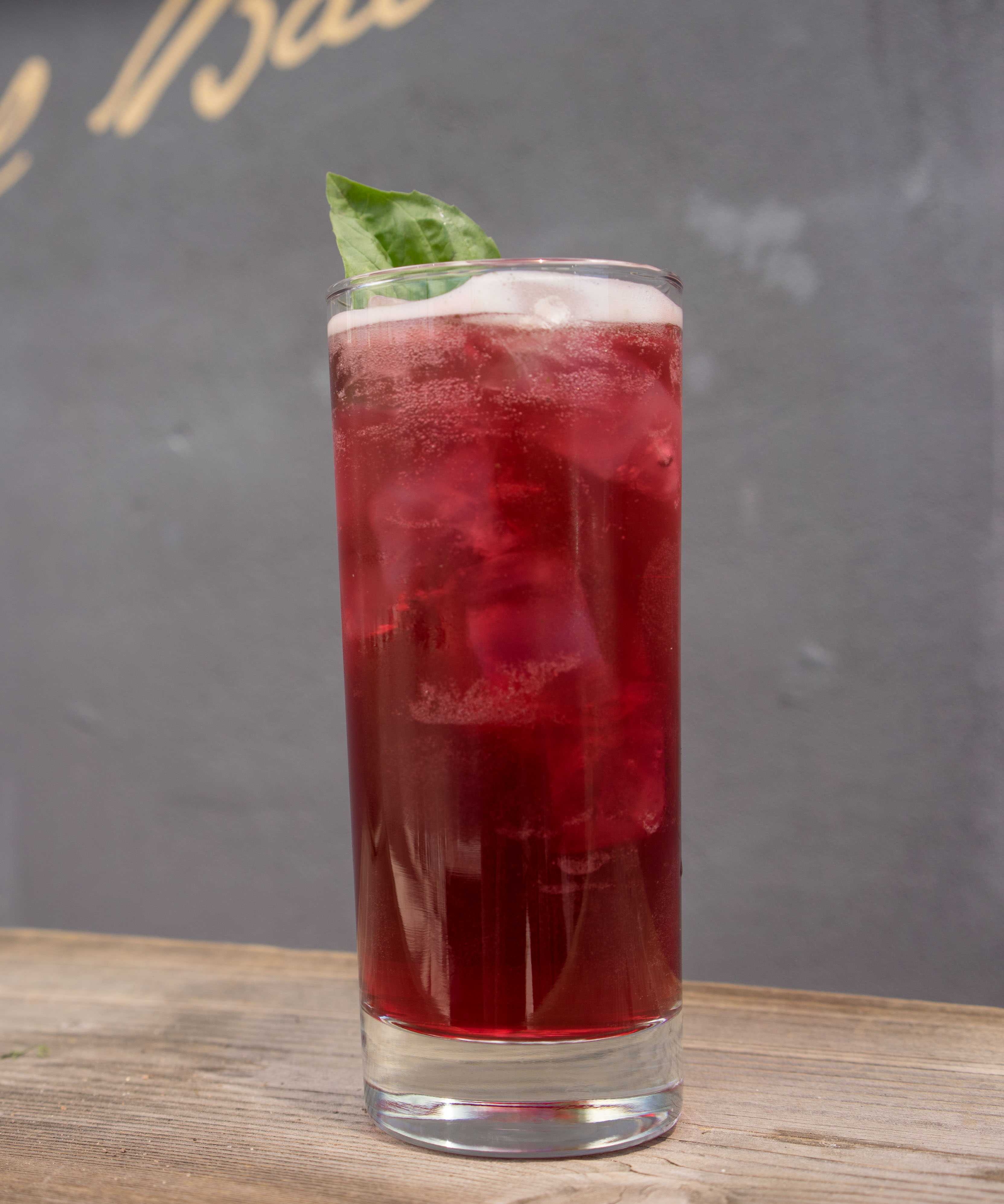 The Sophisticate ($4) made with blood orange tea, hibiscus, basil and agave.

Located on the southern side of South Broadway, Corvus Coffee definitely looks the part of a hipster haven. Well-dressed baristas (oft-bearded and bespeckled) pour neatly made lattes behind counters made of wood and steel while exotic coffees from far (often unpronounceable) regions roast just steps away. Despite the well-tailored appearance that curses cafes with an aura of pretension, Corvus has managed to become what a coffee shop should be—a center of its community. How? A lot of it can be explained in how they created their recent summer drink menu.

The four drinks, half of which are tea-based and the other half-coffee, use ingredients from nearby businesses, including one that can be found right outside their door.

“We’re buying their basil for The Sophisticate [drink],” explained Stoltzfus in reference to the vegetable stand out front. The Table, as it is known, works with local gardens to provide free (yes, completely free) produce to the neighborhood as a way of giving back to the community.

In addition, The Sophisticate ($4.50) drink uses Sophisticate’s Tea a local tea company offering microbrew tea concentrates. Blended with a blood orange tea, hibiscus, and agave, the shockingly pink drink is much milder than it looks with only a hint of sweetness.

My favorite, though, is the Secale Smash ($5.50) made with whiskey cold brew, blueberry, sage, and citrus. And while the drink is sans alcohol, the coffee gets its whiskey attributes from another local company. Laws Whiskey House, a nearby distillery that makes small-batch bourbons, whiskeys and ryes, is a company that Corvus partners with so frequently that you can often spot the owner of the distillery at the cafe. 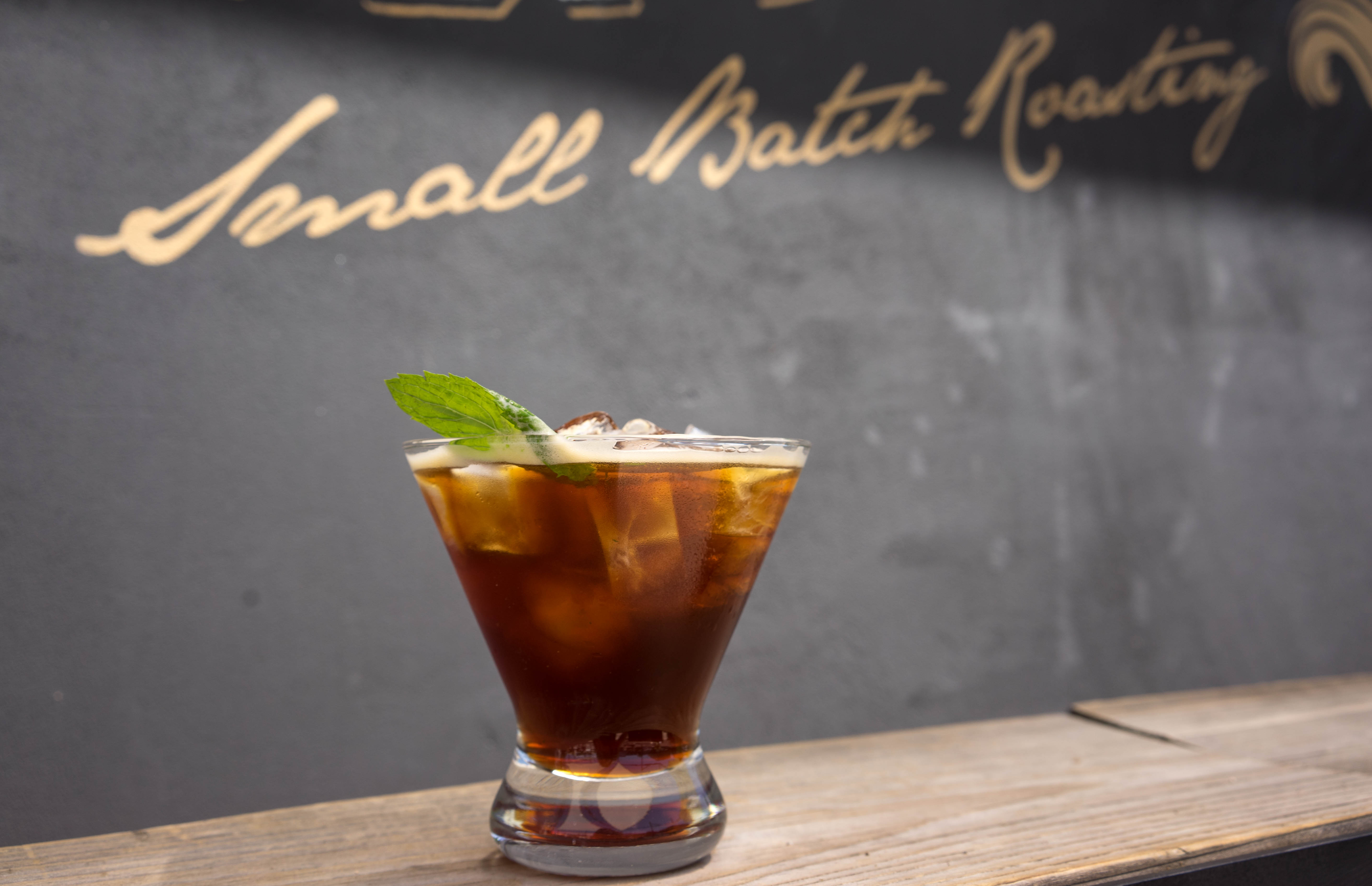 The Georgia Sunset ($4.50) and the Ubumwe Julep ($5), also use community-focused ingredients. But instead of Denver, Corvus highlights the networks and relationships it has built with locales abroad.

“Corvus works with single estate and privately owned farms to help better improve farmers ‘livelihoods through better coffee, instead of fair trade, organic, or other for-profit certifications to make us feel good in the states.'” 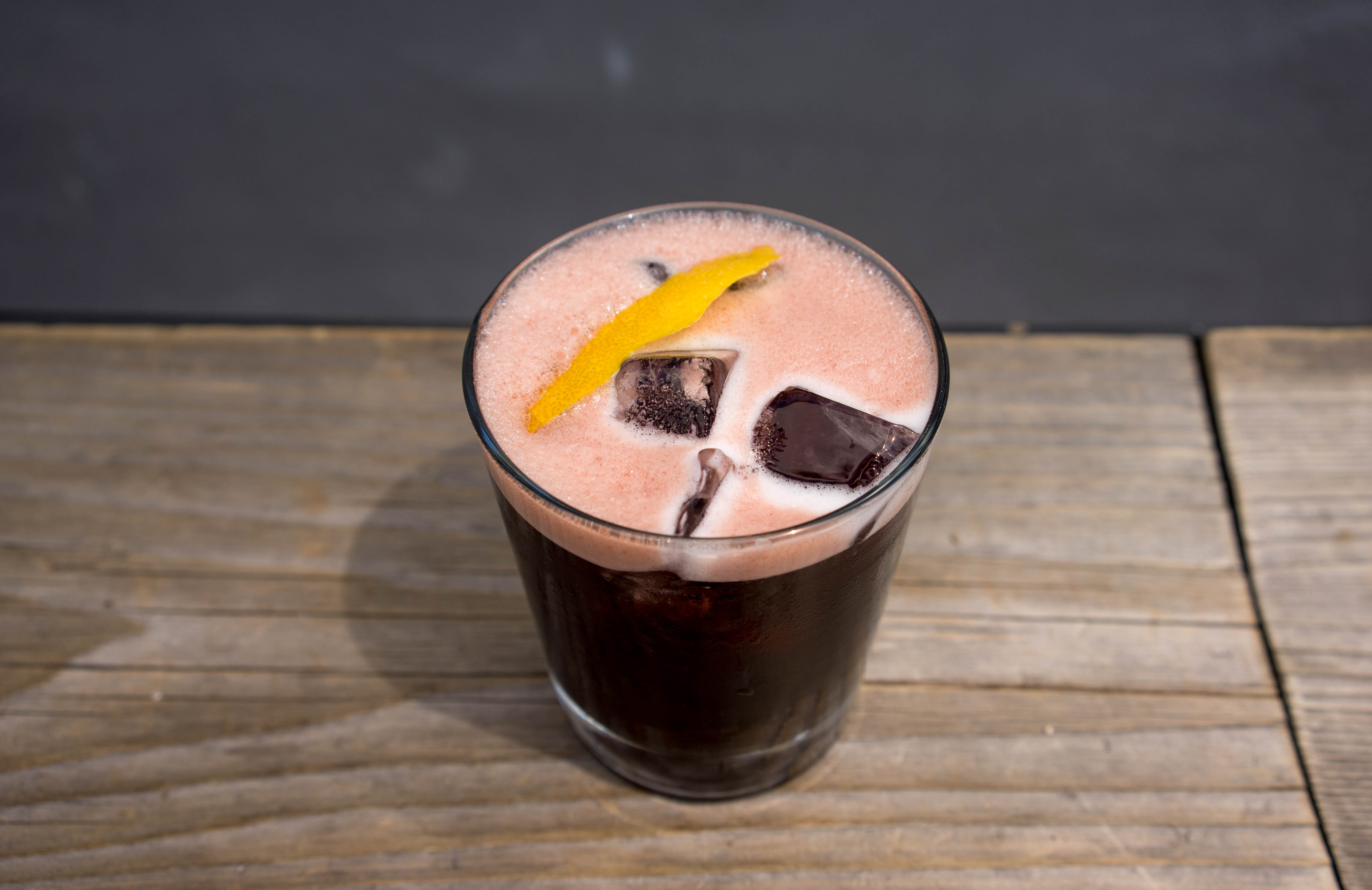 “Ubumwe means ‘unity’ in Rwanda,” explained Stoltzfus of the Ubumwe Julep, which uses single-origin coffee, a practice where Corvus works with single estates and privately owned farms to help better improve farmers “livelihoods through better coffee, instead of fair trade, organic, or other for-profit certifications to make us feel good in the states.”

The Georgia Sunset goes one step further with community involvement, as it is made with Cascara tea from Santa Barbara farms in El Salvador. The inspiration for using Cascara, a byproduct of the coffee bean, was to specifically help farmers make a larger profit off their harvest by turning the cherry of the coffee into a product itself. The result is a spiced drink with notes of cardamom and all spice smoothed by the fleshy goodness of the peach puree:

“We have a ton of new people that walk in here everyday,” said Stoltzfus. That was evident, as the cafe was filled to the brim at noon on a Tuesday. And while even Stoltzfus admitted it was slightly unusual, it’s not uncommon to walk into Corvus to find friends, families and coworkers all happily conversing with one another as well as with the staff.  Beyond the coffee, Corvus has cultivated a community—not just in theory, but in practice. 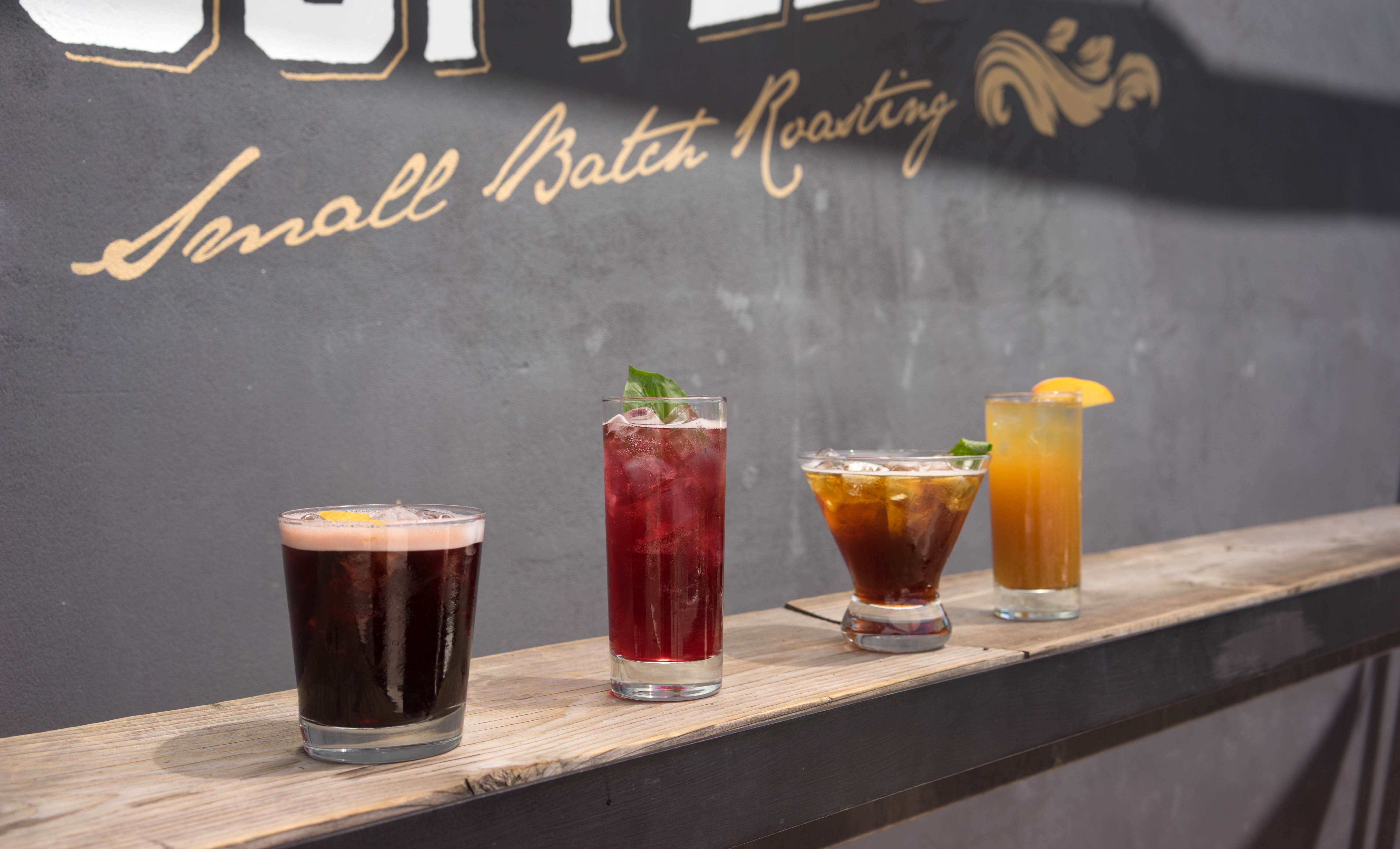 From left to right; Secale Smash, The Sophisticate, Ubumwe Julep and Georgia Sunset.