While Dio Mio doesn’t open at 3264 Larimer Street until the fall, chefs Alex Figura and Spencer White are giving a preview of their style and concept at two pop-ups. 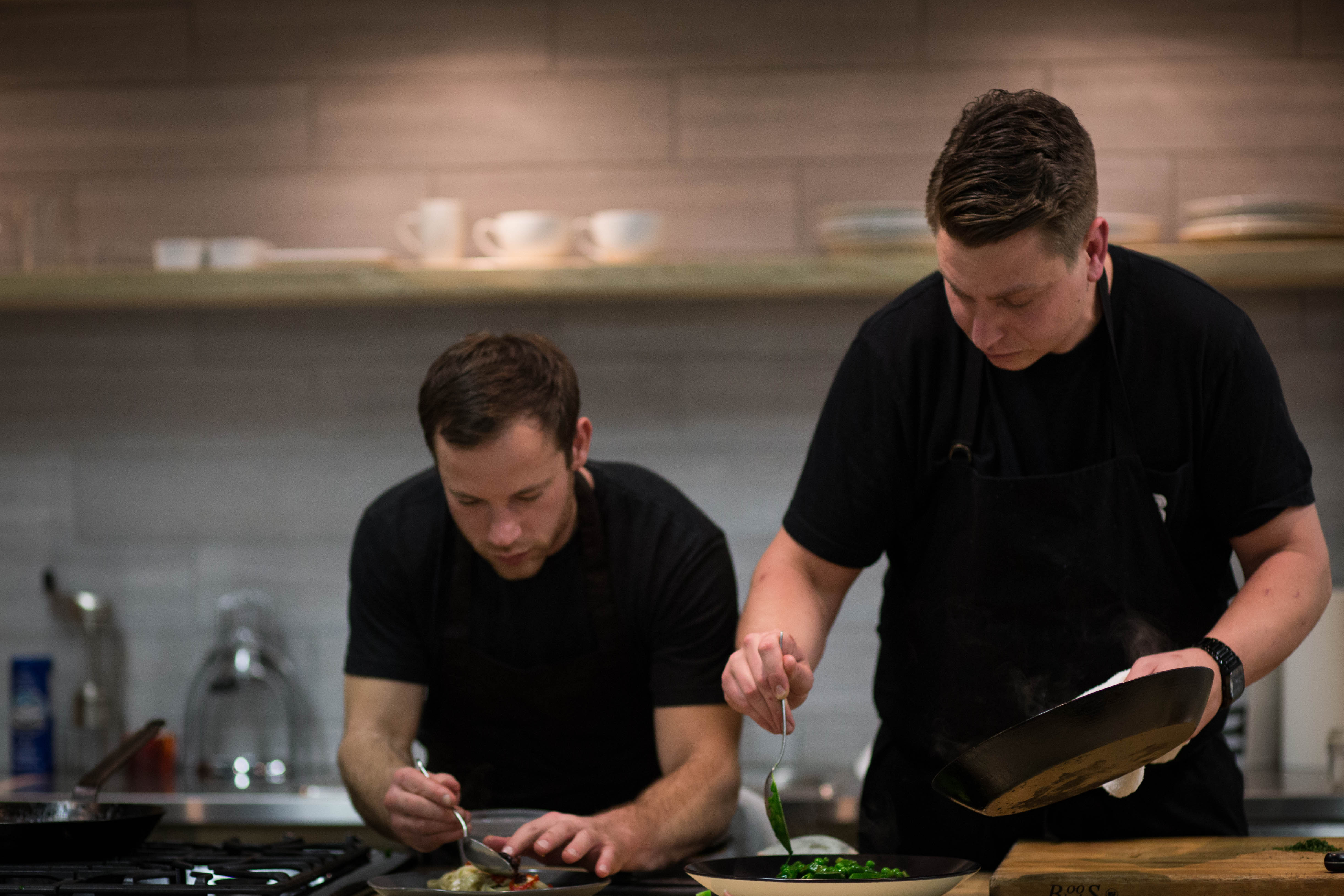 The first one is at Uncle on July 31, followed by one on August 28 at Hop Alley. The menu will give a taste of the regular Dio Mio menu including house-made bread, small plates, desserts, salads and pasta.

The new 1,500-square-foot restaurant will have an open kitchen where customers can see the pasta making in action. Both White and Figura intend to put their fine dining skills on display by showcasing what they learned at Fruition and Lower48 Kitchen (respectively) by focusing on high-quality ingredients and attention to detail. But, according to Figura, the goal is to serve fine dining food in a more relaxed environment:

“We want people to feel comfortable here, whether they order a quick bite, or leave an open tab and hang out with us all evening, “ said Figura.

Events won’t stop with the preview pop-ups as the duo plans to use the restaurant also as an event space:

Once opened, Dio Mio will serve lunch and dinner with a range of small plates, sandwiches, salads and traditional as well as “experimental” pastas.

To reserve your spot for the pop-up, go here. Each dinner offers a three-course meal for $30.

“We are super excited to show everyone what Dio Mio is going to be, and share it with the city we love,” said Figura

Article by Brittany Werges with additional reporting by Amy Huang.