Traditional amaro recipes are heavily guarded secrets. And after watching Jack Bethel, bar manager at the Squeaky Bean, run through the nearly hour-long procedure to concoct Squeaky Bean Alpine Amaro, it’s no surprise why. Not only is his ingredient list extensive, the process itself is painstaking.

Italian for “bitter,” amaro is a loosely defined category of bittersweet, herbal liqueur that traces its roots to the 19th century. Traditionally enjoyed as an aperitif or digestif, iterations include everything from vermouth to chartreuse. Amaro derives its diversified flavors from macerated herbs, roots, flowers, bark and citrus found in specific regions. Bethel’s house amaro is a nod to the Alpine amaro’s of France and Italy, in which flavor is influenced by terroir. 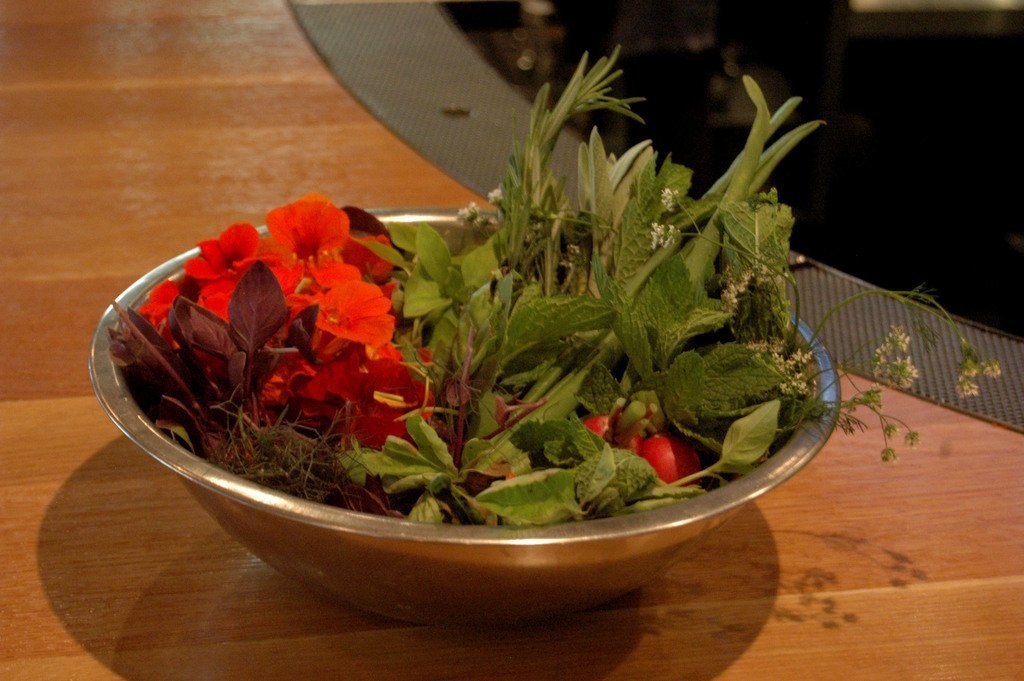 Bethel says the idea to make an amaro was inspired by a cordial he concocted at a Squeaky Bean farm dinner in March. Thanks to the vast selection of vegetables, fruits, herbs and roots cultivated at Acres, Squeaky Bean’s farm on Warren Tech’s campus in Lakewood, Bethel knew he had a unique opportunity. “I started working with vegetables and veggie-based syrups,” he said. “Eventually, I asked myself, “what can I take from the farm to showcase these particular ingredients, so perfectly at their peak?” 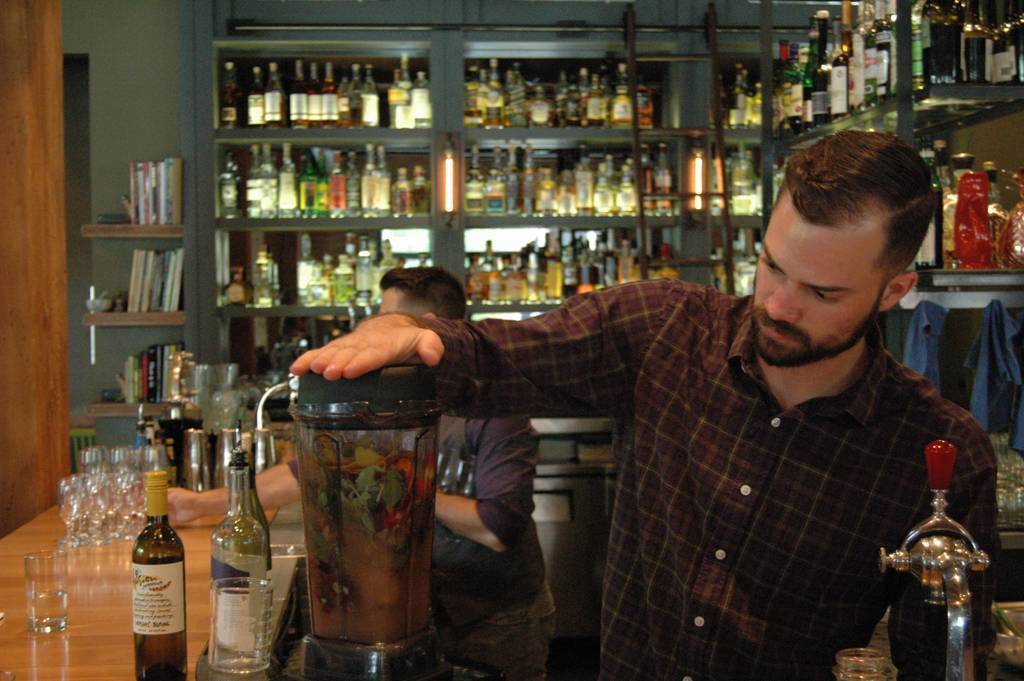 Jack Bethel uses a Vitamix to finely chop the ingredients.

Bethel’s first Alpine Amaro recipe was developed in 30 minutes, as he scrambled to put together a cocktail for the Chefs Up Front charity dinner in April. “I went into the cooler and grabbed a bunch of stuff and was like, ‘This is going to work. It has to work,’” he said. Bethel’s final product combines nineteen ingredients cultivated at Acres with white wine, verjuice and CapRock Colorado Organic Vodka. In addition to the extensive ingredient list, the recipe involves a complex preparation process including maceration, nitrogen cavitation, straining, vacuum sealing and infusion. 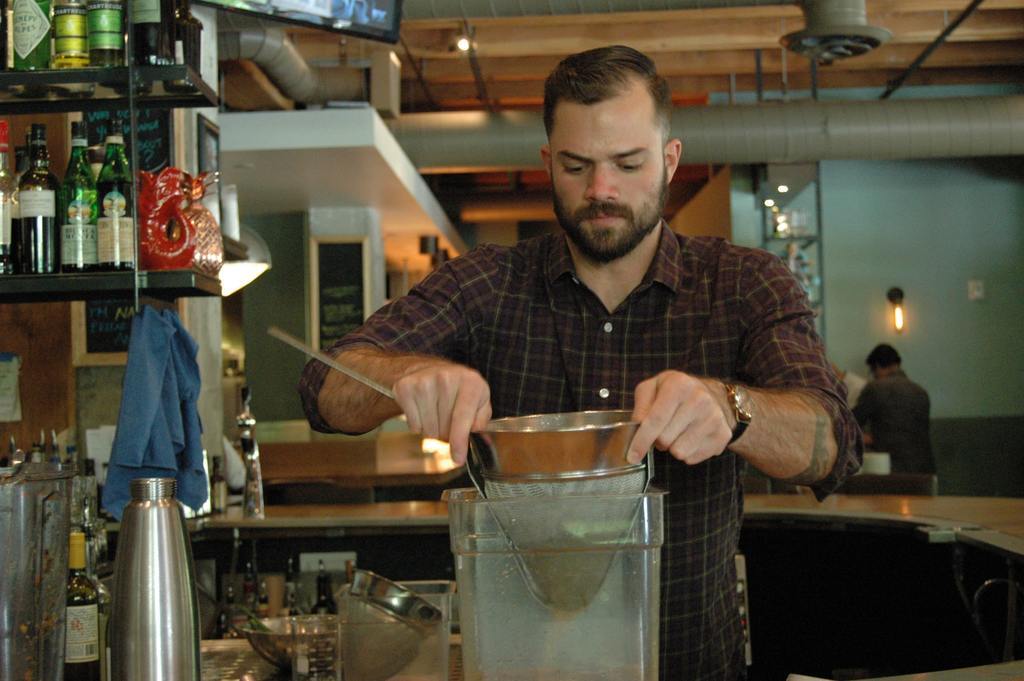 Because of the liqueur’s limited shelf life, Bethel makes small batches throughout the week. Also affected by its fresh ingredients are the color and taste. “Even though there is a recipe I follow, it’s still wild ingredients, so nothing is ever the same twice in a row,” said Bethel. “The flavor varies a little day to day as well, based on what’s fresh and how the ingredients work with each other.” 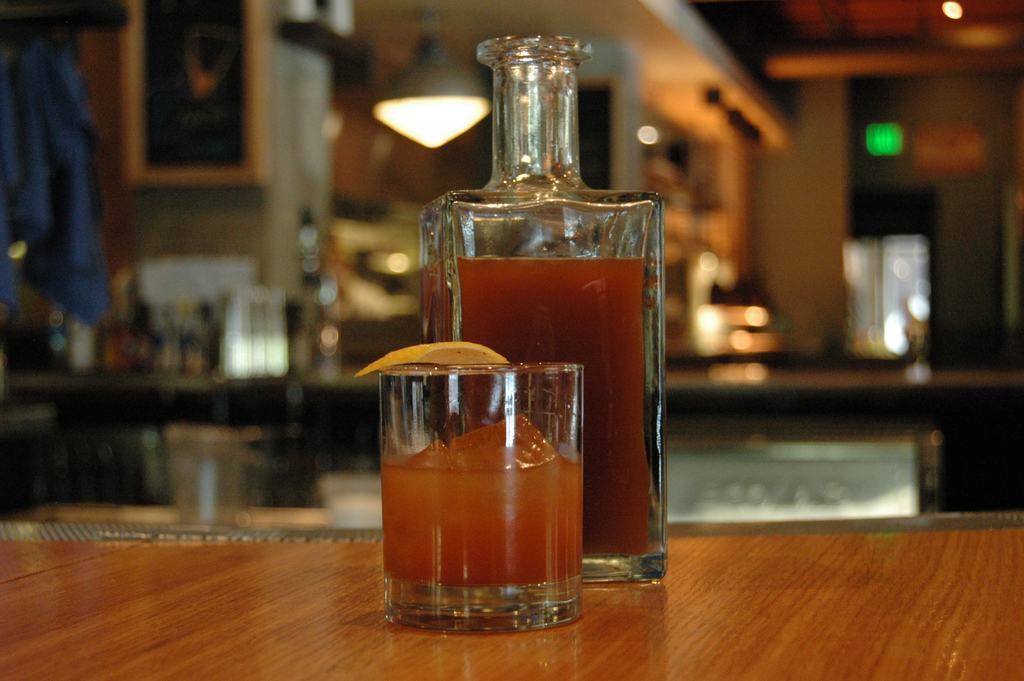 The Alpine Amaro can be enjoyed neat, on the rocks or in cocktails.

True to tradition, the Squeaky Bean Alpine Amaro is a guarded recipe; however, a trip to Acres’ farm and greenhouses may provide some clues (Bethel is partial to nasturtium flowers). Working directly with Josh Olsen, partner and chef at the Squeaky Bean and technician at Warren Tech, Bethel plans to make seasonal varieties of house amaro based on what’s available. 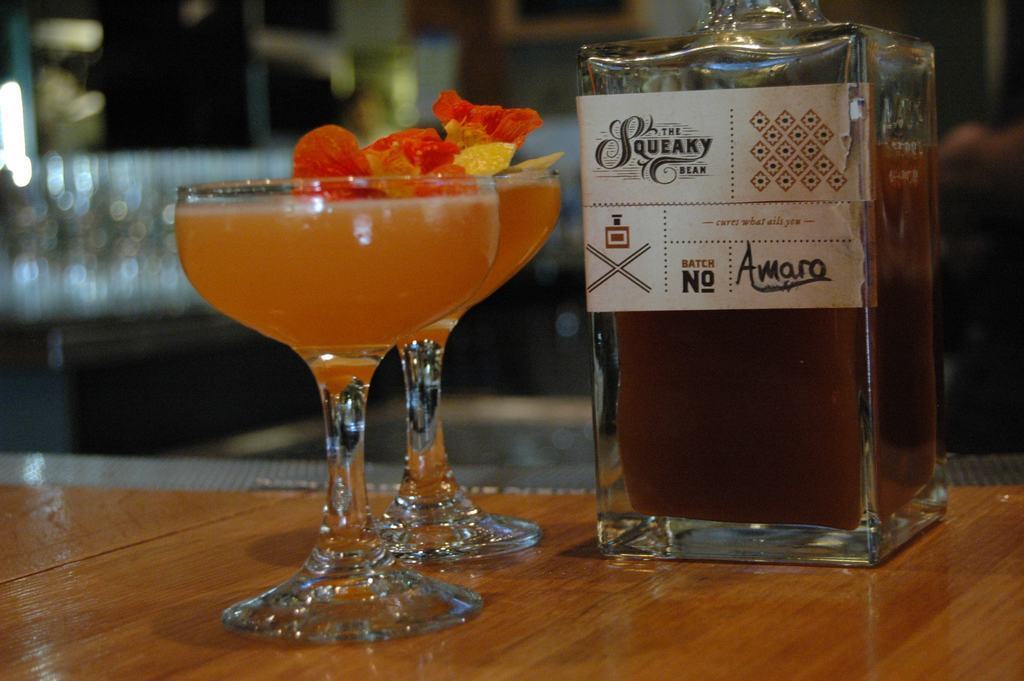 For now, the liqueur can be enjoyed a variety of ways. While Bethel prefers it served neat, it is currently found in the Common Sensei cocktail, an effervescent mix of Sipsmith Gin, pear-saffron syrup, lemon, brut rose and house amaro.