May is here, and the beginning of Red Rocks season was bound to follow. As any Spring in Colorado, Mother Nature has not decided how she feels about herself on a day-to-day basis, therefore any outdoor event requires clothing anywhere from an umbrella to sequined bikini.

On Saturday, a consistent drizzle of rain decorated the hills around Morrison. The flow came and went several times, but eventually retreated for the the night, leaving a clear and warm evening for the dancing fans of Papadosio. 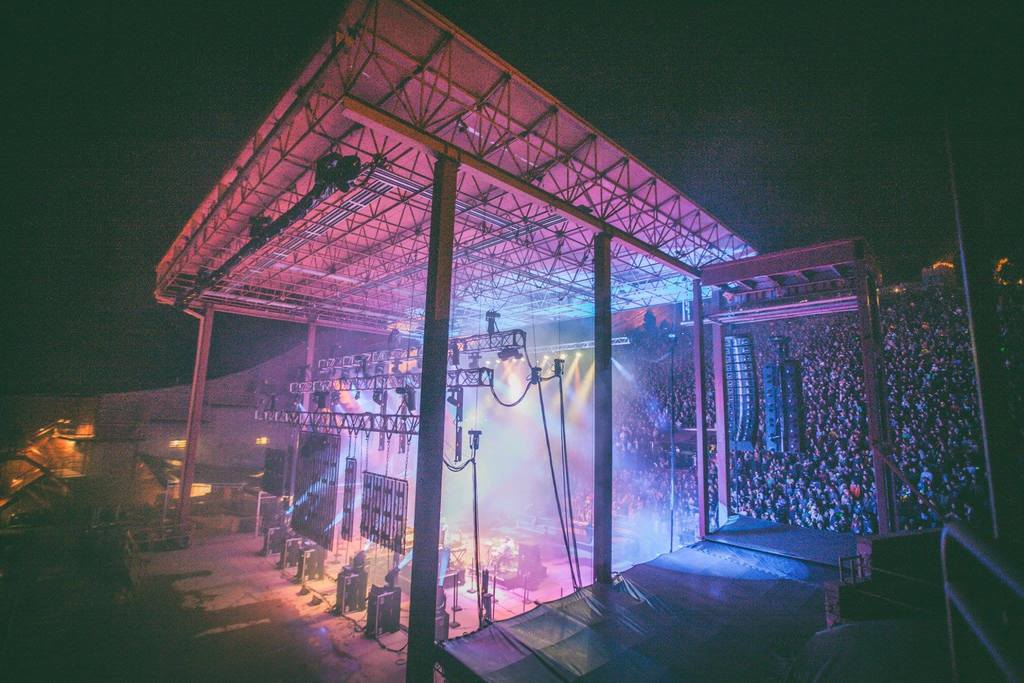 Photo by All In Time Photography.

The night marked the first headlining evening for the group, although the Ohio natives have opened for both Umphrey’s McGee and Lotus. Despite it being their first headlining show, any sense of inexperience was misplaced through the flawlessly executed set and certainly did not make an appearance during the spectacular encore.

Papadosio sat back for the earlier stages of the night, allowing supporting acts The Malah and Dirtwire hit the rocks first, starting at 5:30 p.m. At 7 p.m. Opiuo took over the stage and rocked the house with his funky bass and electric beats. Although the New Zealander had to keep his equipment covered due to the rain, it was easy to see the intricate maneuvering of his funkadelic appliances. To his right, a familiar friend Russ Liquid offered a horn section to the set. When Opiuo’s set was nearing its end, he took a moment to praise people who call Red Rocks home and said, “You guys appreciate music more than anyone else.”

Ott & The All Seeing I were the next attraction of the lineup to venture to the center of the stage. Even before the British producer and his band could fully extend their ability, murmurs through the crowd arose of how excited they were to finally see this set. Most have experienced Ott on his own, but with musicians Naked Nick, Chris Barker and Matt White, Ott and the All Seeing I forms, and who doesn’t get excited about a full band? 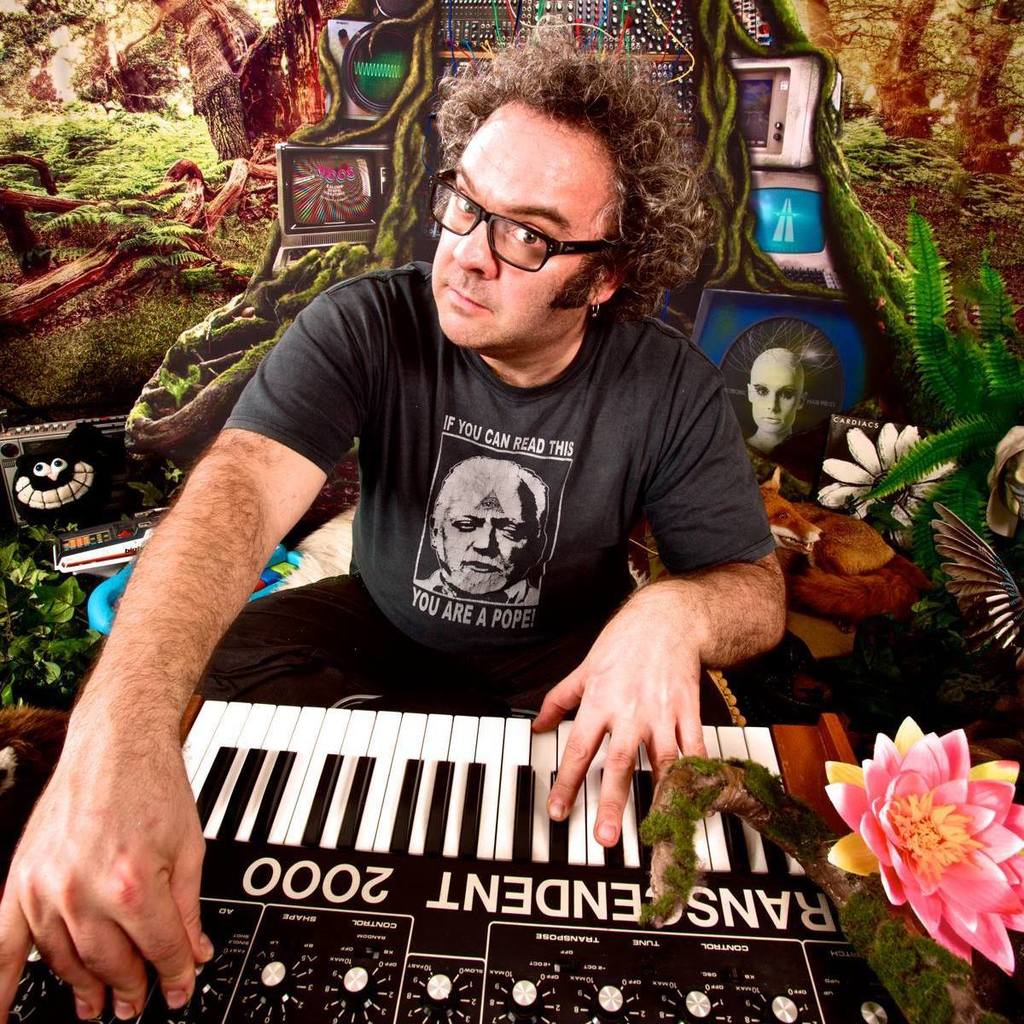 Once the band had jammed its set and the time was up, the musicians and dancers made a full curtsy and abandoned the platform. The party however, had not stopped, as Disney favorites played out from the speakers, and the crowd did not stop dancing until the main act was due to make their appearance.

Papadosio was all smiles as the boys walked out to greet their instruments, preaching into the microphone, “If you are happy to be alive in this moment make the loudest sounds you can,” to which the packed crowd did as it was told.

The set started eccentrically and quick, flowing through their consistent yet eclectic setlist. The rain had completely stopped at that point and the grooving patrons had danced themselves dry.

“If you would have told me ten years ago that we would play here, I wouldn’t have believed you. This is such an accomplishment not only for this band but also for this community. Let’s get into it,” Anthony shouted out over the swaying crowd.

“We are Water” and “The Sum” were of the tracks in the early parts of the show, setting off a tone for the night that no one seemed upset about. An “Epiphany” floated into the waves of the light show, although morphed into a “new song” yet to be released to the world officially. After a taste, the sounds swam back to finish off “Epiphany,” which was joined by a muppet video playing on the LED to reference the music video that accompanies the song.

A very funky “Method of Control” stirred the pot, dripping sound in unison with a string of lights hanging down from the top of the stage. The heads of lengthy hair banged back and forth to “Glimpse” and “All I Knew” before the band wowed with “Wrongful Nostalgia,” an outlying yet impressive track off their latest release, “Extras in a Movie.” “Night Colors” rounded out the set and the stage cleared in order for the band to gear up for the encore. 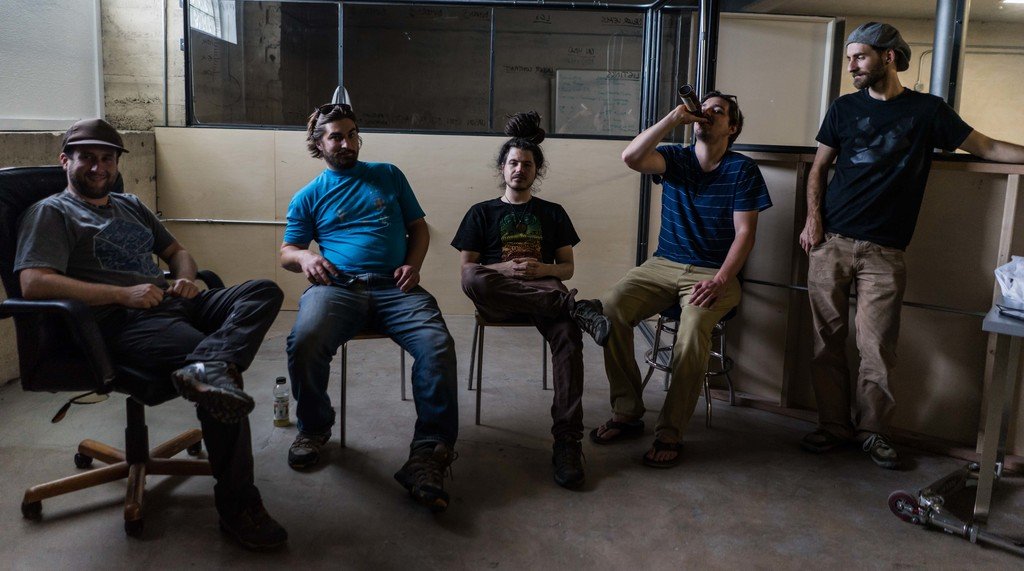 After reassembling on stage after no more than a few moments of a break, the catchy lyrics of “2 AM” resounded off of the rocks. When the peaceful emergence of “Find Your Cloud” began, the entire amphitheater seemed to have taken a breath of relief and exhaled in a heaping roar of celebratory cheers. An evening of melodically funky grooves met its way to a perfect ending, and the show was finished.

Papadosio will surely return to Colorado frequently in the future, and after gifting the area with a night like Saturday, the masses are certain to follow.