13 Unique things to do in Denver this Weekend

Get ready, readers. This weekend Denver has an exceptionally creative lineup of events planned. Step out of your comfort zone and get on stage to lip sync for your life either alongside your favorite celebrity drag queens from RuPaul’s Extravaganza Tour or in competition at Stoney’s Lip Sync Battle. If you are sincerely seeking-out to try something new check out the staring contest with samurais at the Denver Art Museum, visit the largest alpaca show west of the Mississippi or attend a skateboarding art show at Rhinoceropolis. This is it, Denver – an unforgettable weekend is upon us and it’s time to get out there and make some memories. 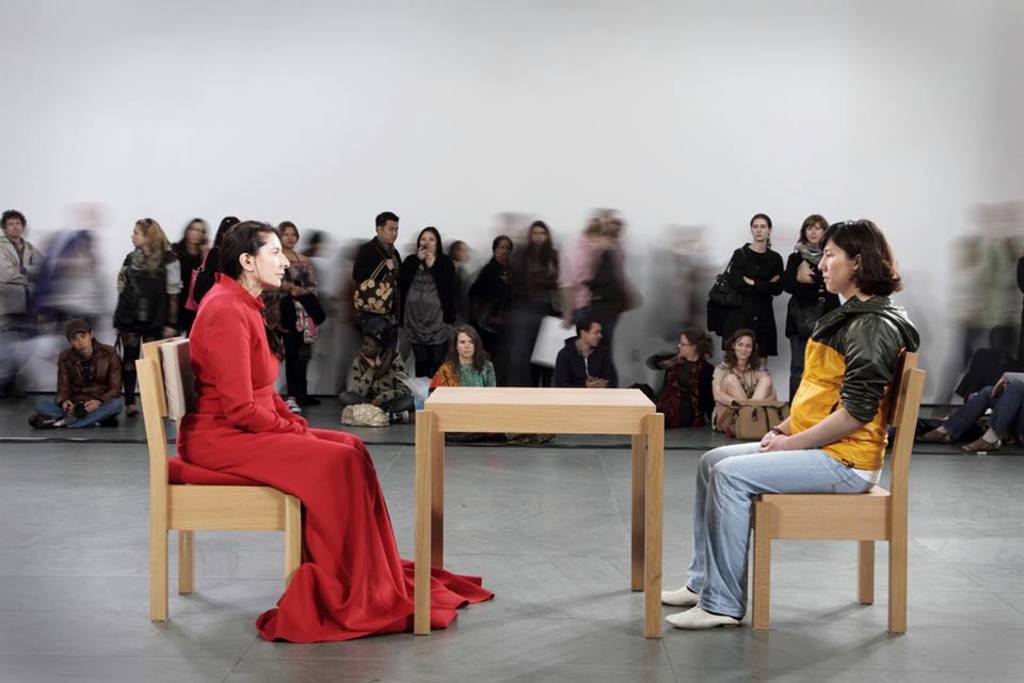 The Low Down: Final Fridays is a wonderful way the Denver Art Museum gets the community involved with intriguing and creative artistic pieces. This week participate in a staring contest show down with a “starer” a DAM’s Final Fridays: Untitled Show Down. Local actors will be disguised in costumes in this interactive art exhibit about the will not to blink. There will be prizes for the winners that will hopefully be equipped with some Visine.

The Low Down: Fans of the fleece will be thrilled to hear that the Alpaca Breeders of the Rockies are hosting the GWAS once again this weekend. Shop through alpaca products like yarns and blankets, attend educational workshops and talk to local professionals. Hailing performances and competitions all for free, be sure to check out the full schedule of the largest alpaca show west of the Mississippi and plan your alpaca adventure. While you’re there stop by the April Denver Handmade Homemade Market happening at the same place at the same time with over 100 handmade vendors, food and beer.

The Low Down: Denver Beer Co has teamed up with Island Creek Oysters and Seattle Fish Company to create a one-of-a-kind oyster stout that will be released this Saturday. The beer was brewed with live oysters and will be paired with even more of the shellfish – served in the dozens and available in affordable beer and oyster specials.

The Low Down: RuPaul veteran and drag-superstar Michelle Visage will be hosting this celebrity drag show at The Ogden on Sunday. The Extravaganza Tour 2016 will bring seven other big names from Ru Paul’s Drag Race to Denver including Alaska Thunderfuck and Phi’ Phi’ O’Hara. Watch the queens battle it out on stage in this glamorous and fiery one-of-a-kind pageant.

Community Day at the Denver Museum of Miniatures, Dolls & Toys 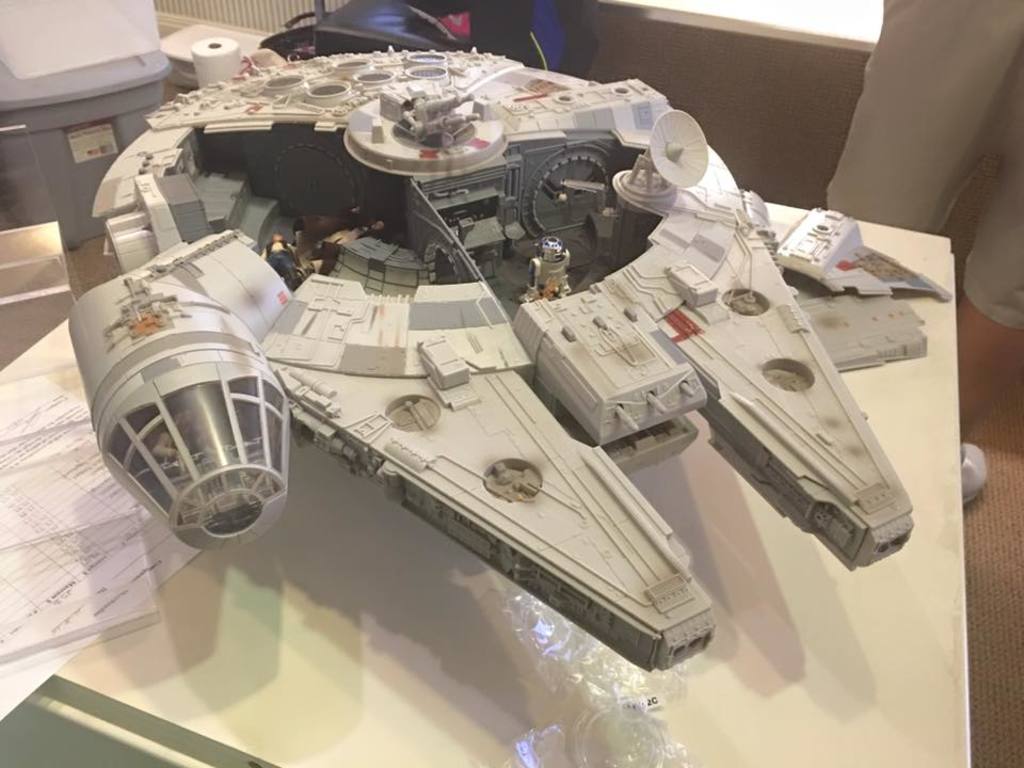 The Low Down: On the first Sunday of every month, DMMDT hosts a free community day from 1 to 4 p.m. Voted as one of the best Denver museums by Denver A-List, this locale works to interpret visual arts in a totally unique way – through dolls and toys. While you’re there be sure to check out the one-and-only Mile High Ode to Star Wars Toys exhibit boasting two-floors of local collectors sharing their passion for Star Wars collectibles.

The Low Down: Featuring over 80 local chefs and brewers, this food and beer pairing is a great way to experience some of Denver’s best. Hops & Pie, Declaration Brewing and Glazed & Confused are just a few of the caterers, but be sure to check out the full menu being served here. Half of the pricing packages have already sold out so be sure to get your ticket soon. 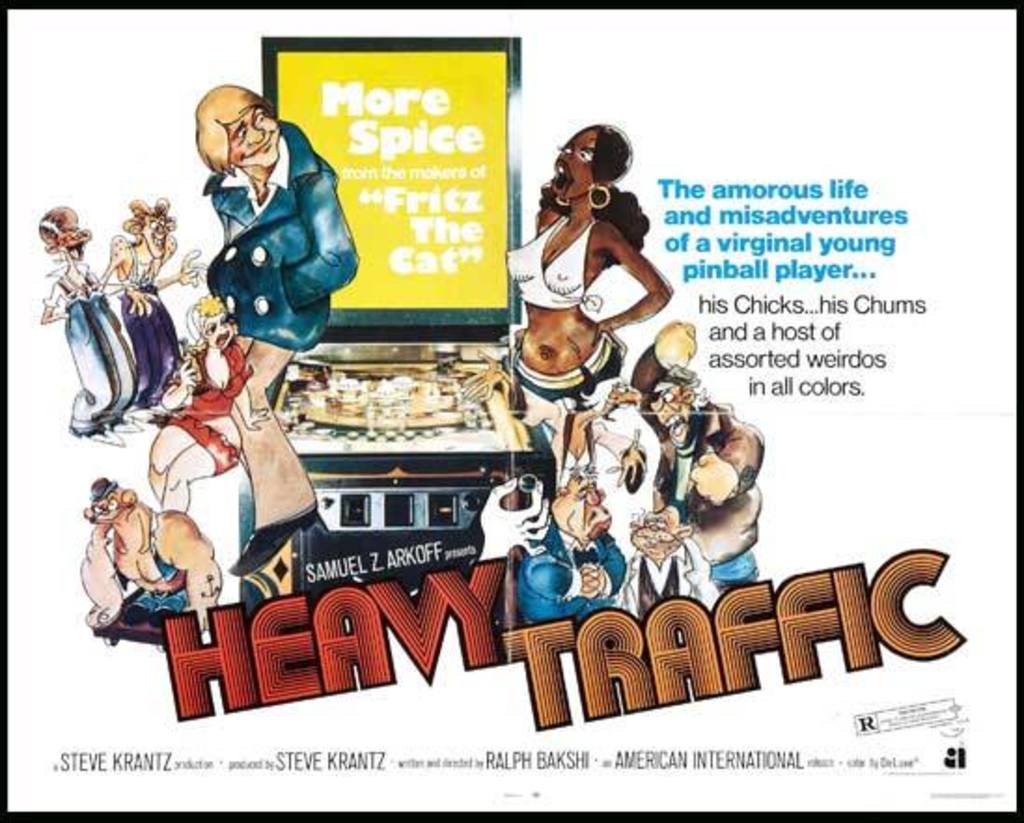 The Low Down: Hosted by the Denver Film Society, Deviant Animation is a celebration of the removal of an X-rating from ’70s animation feature-film Belladonna of Sadness. Now deemed “Deviant Animation,” this movie and films like it are being screened at independent film center Sie Film Center until the eventual premier of Belladonna of Sadness. Playing this Saturday is 1972 adult-cartoon Heavy Traffic – a controversial comedy about a New York City cartoonists imagination – which was also originally given an X-rating from the MPAA. Alongside the film screenings will be a one-of-a-kind adult coloring contest which questionably would be just as fun to watch as it would be to compete. 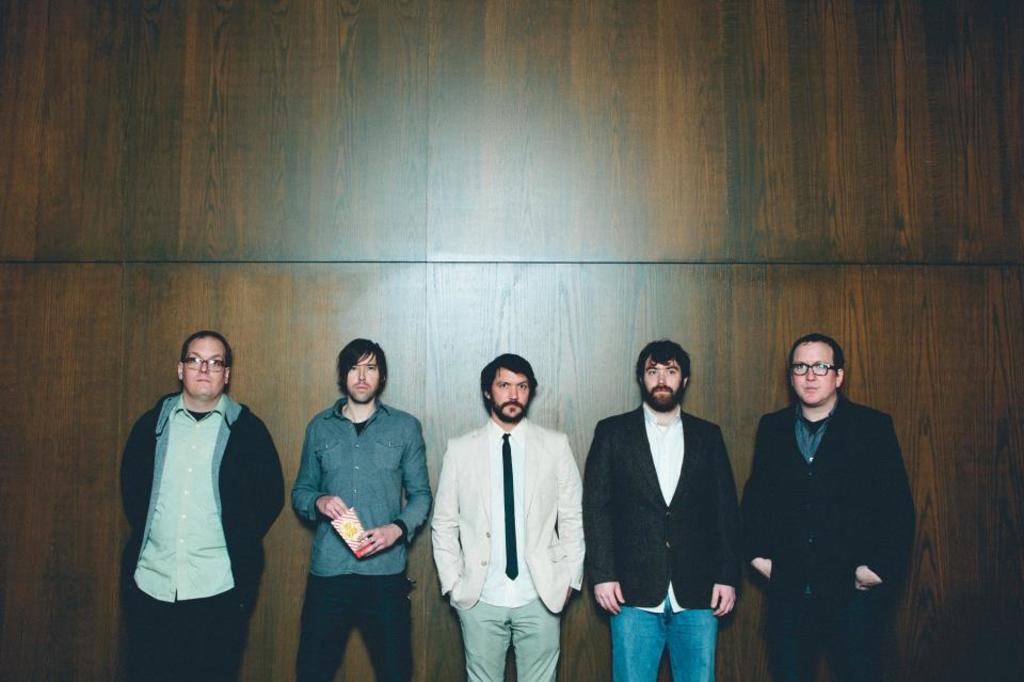 The Low Down: Ratio Beerworks continues Ratio Sessions – its series of intimate concert events at the brewery-venue locale on Larimer Street. Considering the brews at Ratio are influenced by music–often being named after bands, songs and albums–this is a suitable and clever collaboration. Indie punk-rock band Cursive will be performing, talking beer and participating in interviews before their show with The Epilogues, Instant Empire and Eldren at Summit Music Hall later in the evening.

The Low Down: Every year in North-West Denver there’s a restaurant and bar crawl on Tennyson street that largely benefits local public schools. Tickets include admission to the street festival, access to an after-party at The Oriental Theater where there will be a concert and an ’80s-themed costume party and more. This is a great way to explore the retail and restaurants of this Denver neighborhood all while benefiting a good cause – last year Totally Tennyson raised over $20,000 for Denver schools. 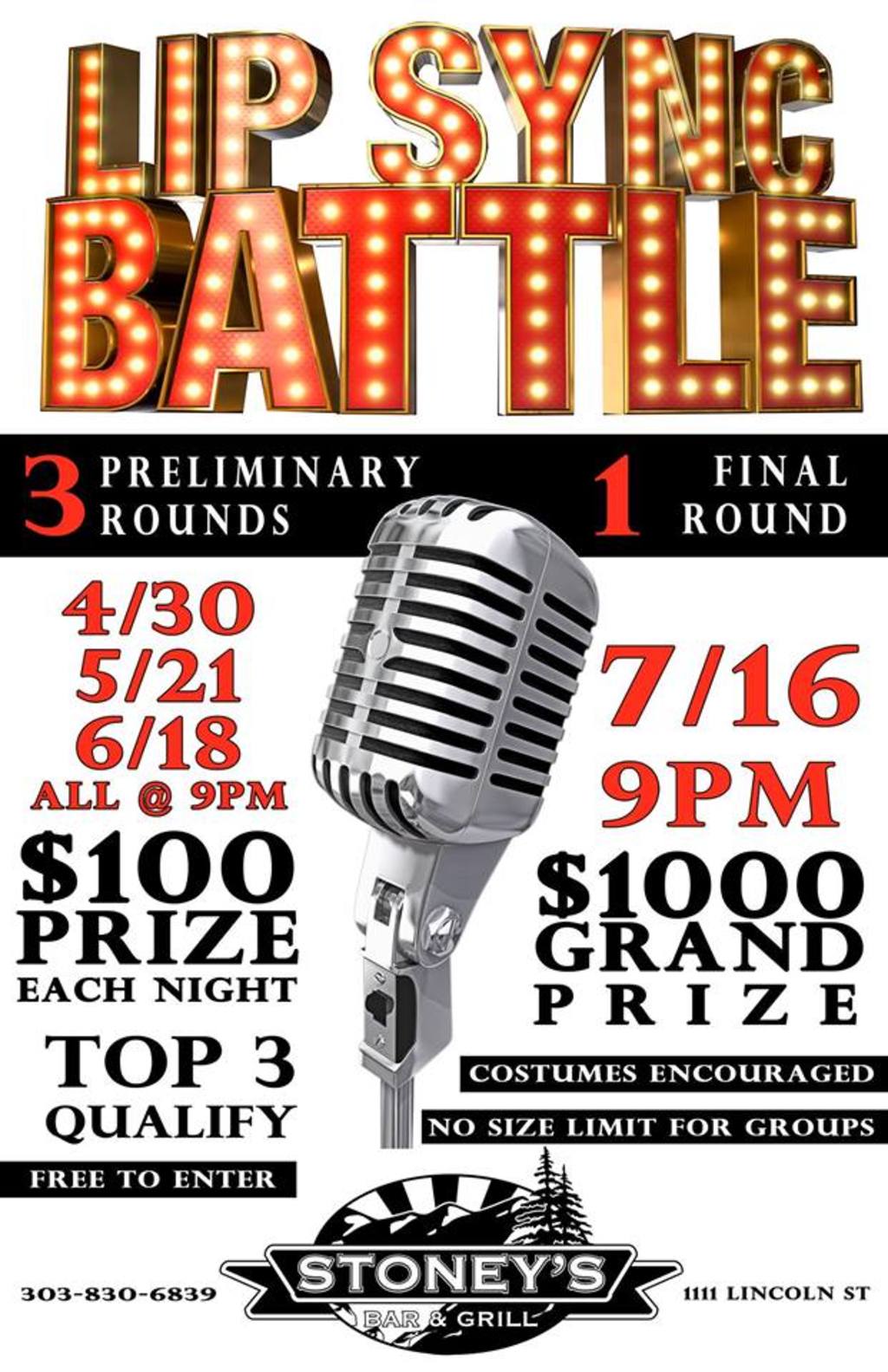 The Low Down: The first of three preliminary rounds of lip-syncing madness begins this Saturday at Stoney’s Bar & Grill. Get some friends together, pick two of your favorite songs and figure out some good costumes to wear. Now keep in mind, this isn’t some glamorous Pitch Perfect underground a cappella sing-off, this a local competition composed of maximizing stage presence, matching expressions and being clever. All for a $1,000 cash prize this battle is bound to be quite competitive. 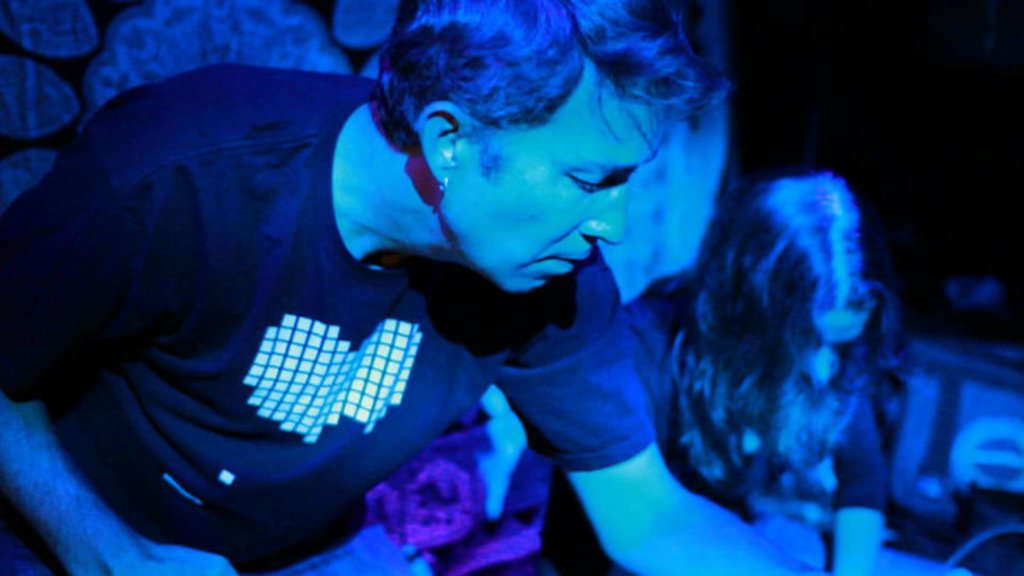 The Low Down: This interactive music seminar will feature live performances, demonstrations and discussions with host Sunshine Jones. The producer and DJ is known for pioneering San Francisco’s electronic music scene in the ’90s and will be teaching his skills of the trade this Friday. After the free seminar be sure to stick around and see Sunshine Jones perform at The Fusion Factory at 10 p.m. 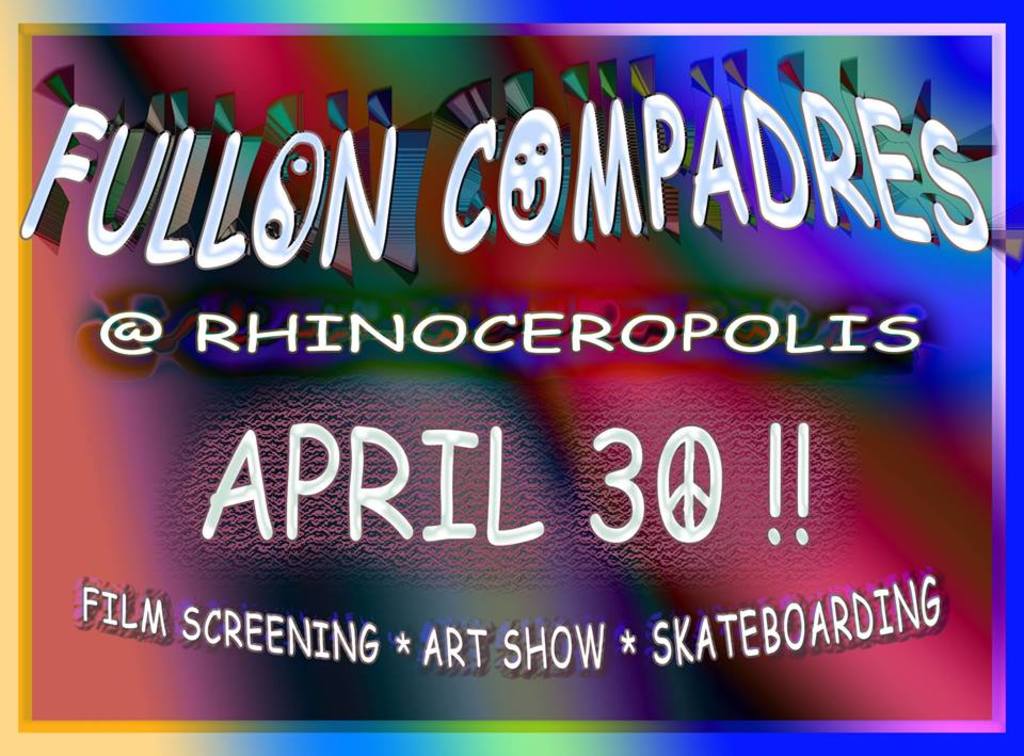 The Low Down: Rhinoceropolis will be hosting an evening of experiments in skateboarding and art this Saturday. Bring your gear because the night begins with skateboarding for all and eventually leads into an art show created by a group of local skateboarders. Music, merchandise and “skateboarding sculptures” are just a few of the features found at this unique RiNo venue this weekend.

The Low Down: Joining the indie-pop artist will be Inner Oceans and Flaurel this Saturday all for only $3 if you RSVP in advance. Previously known for his other projects Facepaint and Jack and the Whale, Jack Tatum of Wild Nothing is gearing up for an extensive US and world tour stopping at notable music festivals alongside big names like James Blake and PJ Harvey.

Mark Your Calendars – Next Weekend

When: Thursday, May 5 through Sunday, May 8

How to Build a Lie: Apocryphal Technologies and works by Jamie Allen & Pablo Picasso