14 Unique Things to do in Denver this Weekend

It’s the Colorado Rockies opening weekend and regardless of whether or not you’re a sports fanatic, you should gear up for a lively few days. Rolling Smoke BBQ is busy this weekend presenting a crawfish boil on Saturday and a Bluegrass Brunch on Sunday. Denver Beer Co is reviving an old craft while 303 Magazine continues Denver Fashion Weekend. Also, don’t miss the many evening events our museums are hosting this weekend. Lastly, concerts are bountiful this weekend–so bountiful that some of you avid listeners may have to choose which concert to see on any given night. No matter what route you decide to take this is a sensational weekend in Denver–a weekend that we’re not allowing you to be a couch potato. 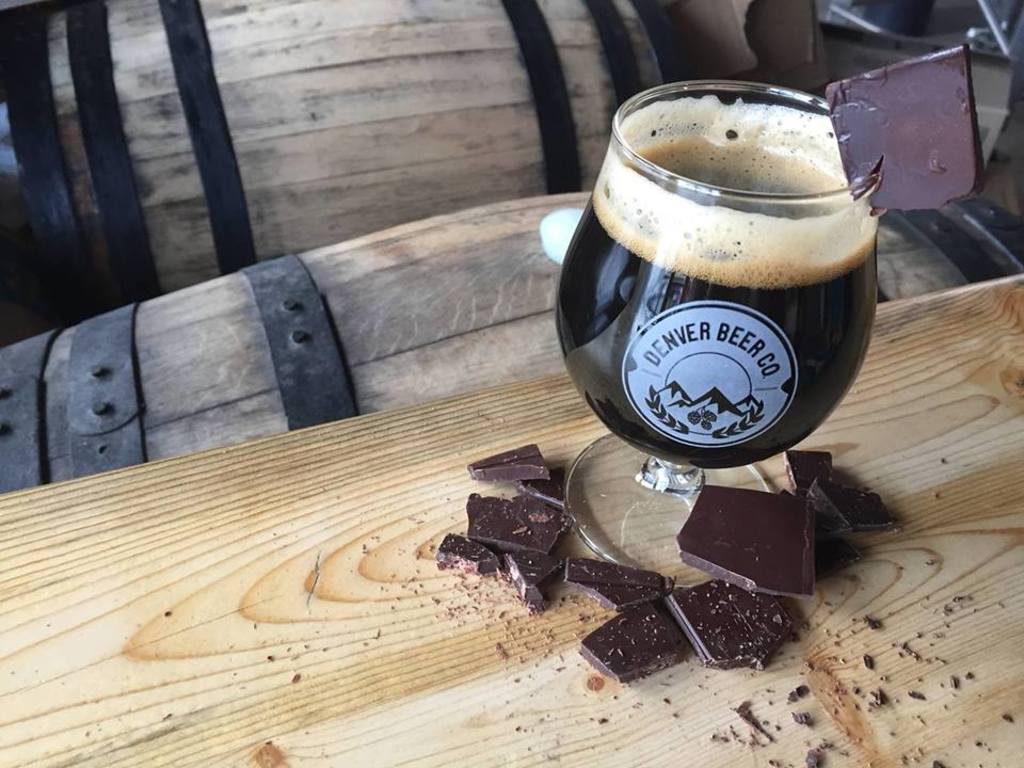 The Low Down: Denver Beer Co is well known for their delicious Graham Cracker Porter and they know there’s a market for more. The craft brewery will once again be releasing a take on the popular beer right in time for Rockies Opening Day this Friday–the oak aged Cocoa Cream Graham Cracker Porter. If you arrive early enough you can even pair your vanilla cocoa nib brew with s’mores cooked over an open fire. Whether or not you’re in attendance, this is a limited release so make note to get it before it’s gone.

The Low Down: Brunch, beer and bluegrass are just a few of the highlights lined up for the Sunday morning Station 26 Brewing has planned. Burn it Blue is performing while Rolling Smoke BBQ alongside Glazed and Confused Donuts cater the event. No reservations or tickets required but we recommend getting there early as a high attendance is expected. 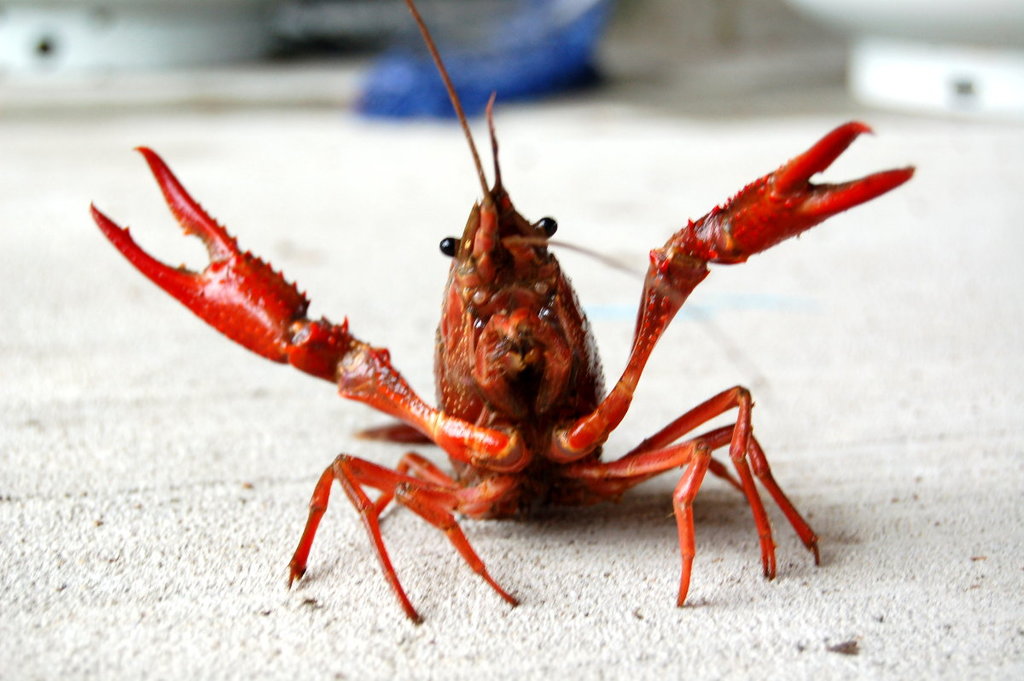 The Low Down: Opening Day may be Friday but in traditional Denver fashion our sports celebrations are extended as long as need be. Continuing the festivities is Mile High Spirits this Saturday and if the 700 pounds of crawfish doesn’t convince you to attend, the live music by Robby Peoples & Co or the variety of libations should. Presented by none other than Rolling Smoke BBQ with Mestizos Food Truck joining the menu, this event is bracing to be quite an entertaining Saturday afternoon. 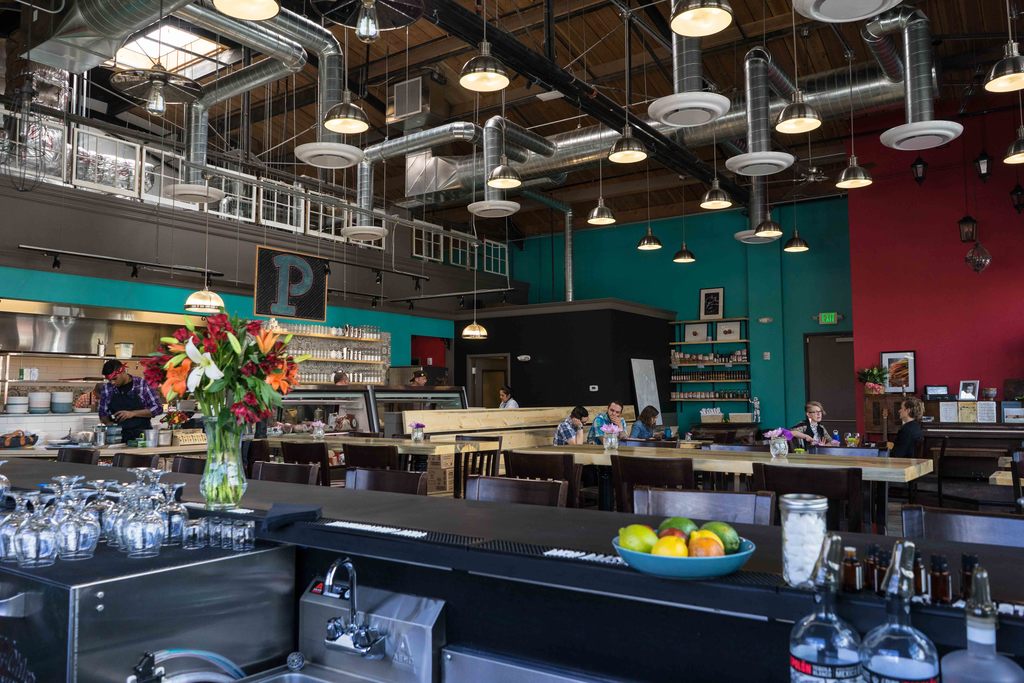 The Low Down: Recently opened RiNo eatery, venue and marketplace ambitiously merges a fantastic blend of location attributes. As much of a community gathering place as it is a restaurant and bar, make note to add The Preservery to your list of unique Denver concepts. This marketplace offers homemade items such as ricotta and jams as well as fresh-baked bread from their bakery. Read more about the one-of-a-kind locale here. 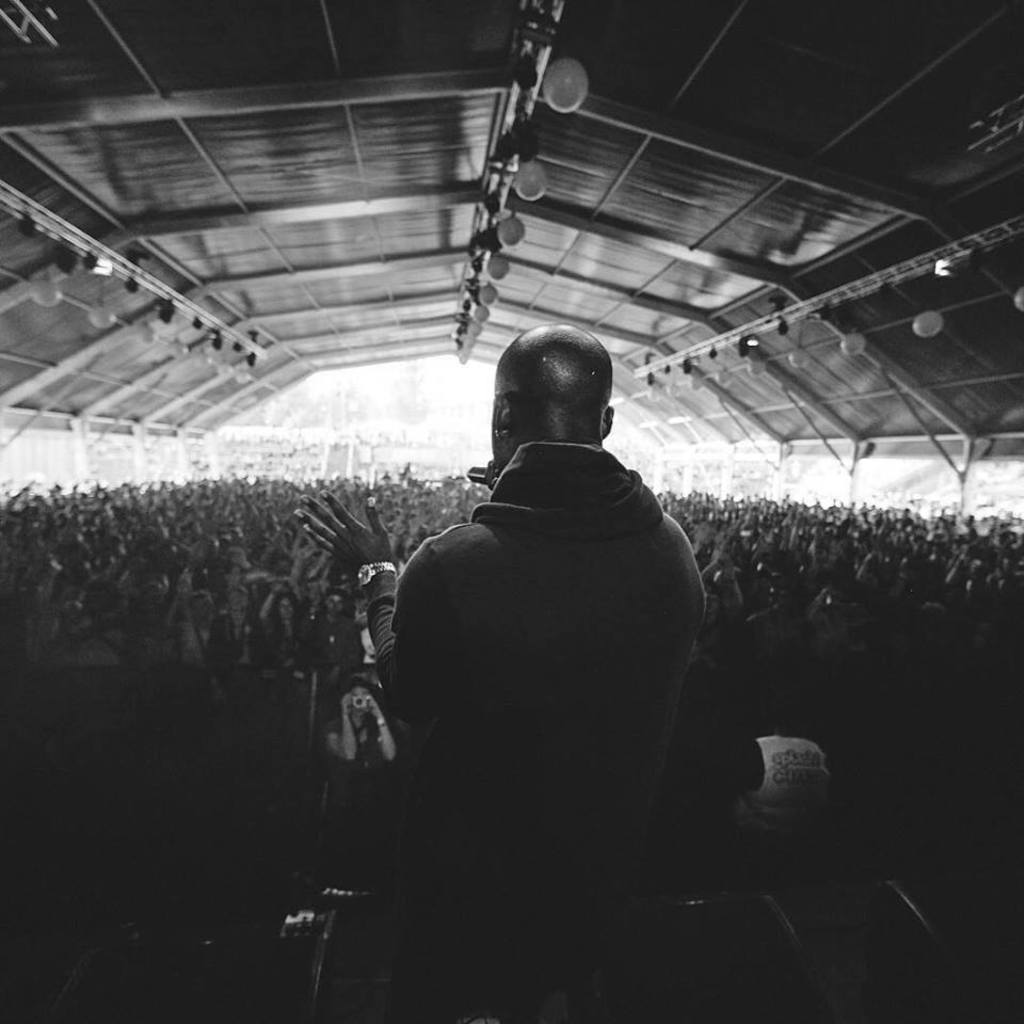 The Low Down: Just over two years ago Freddie Gibbs took the stage at Cervantes’ Masterpiece. Gaining traction in the music industry with headline gossip about his feud with Jeezy, his hop-scotch between record labels and the release of a phenomenal new album, Gibbs has made a name for himself. Now well-known in the rap game–Freddie is back in Denver at the slightly-more-formal Bluebird Theater. Further Heroes, Chaz French, and Lost Boys will be opening the show providing a worthwhile lineup to introduce the controversial Gibbs.

The Low Down: Witches, wizards and muggles alike are invited this Sunday to a magical musical event at Boettcher Concert Hall. The Colorado Symphony returns for another year of The Magical Music of Harry Potter. The symphony will be performing the music of John Williams–infamous Harry Potter conductor –allowing you to indulge in your favorite Potter memories. Tickets are very limited and starting at only $39 so be sure to reserve your seat as soon as possible.

The Low Down: With falsetto’s and funk MUTEMATH will make their monument at the Gothic this Friday night. Known for an excitingly upbeat show, make sure to wear your dancing shoes and be ready for the confetti. MUTEMATH has been one of those bands quietly succeeding in the background of mainstream pop artists with a strong fan following. Catch MUTEMATH headlining their own show before they join twenty one pilots on tour this summer. Paper Route opens the show at 8 p.m.

The Low Down: Ex-Bauhaus singer Peter Murphy is in town this weekend on his Stripped acoustic tour. Over the course of his solo career English vocalist has embraced alternative-rock and singer-songwriter while exploring his musical boundaries. A VIP ticket for the event allows you the rare opportunity to meet the artist after the show. Witness the Gothic conclude their impressive lineup of concerts this weekend on Sunday night with Peter Murphy. 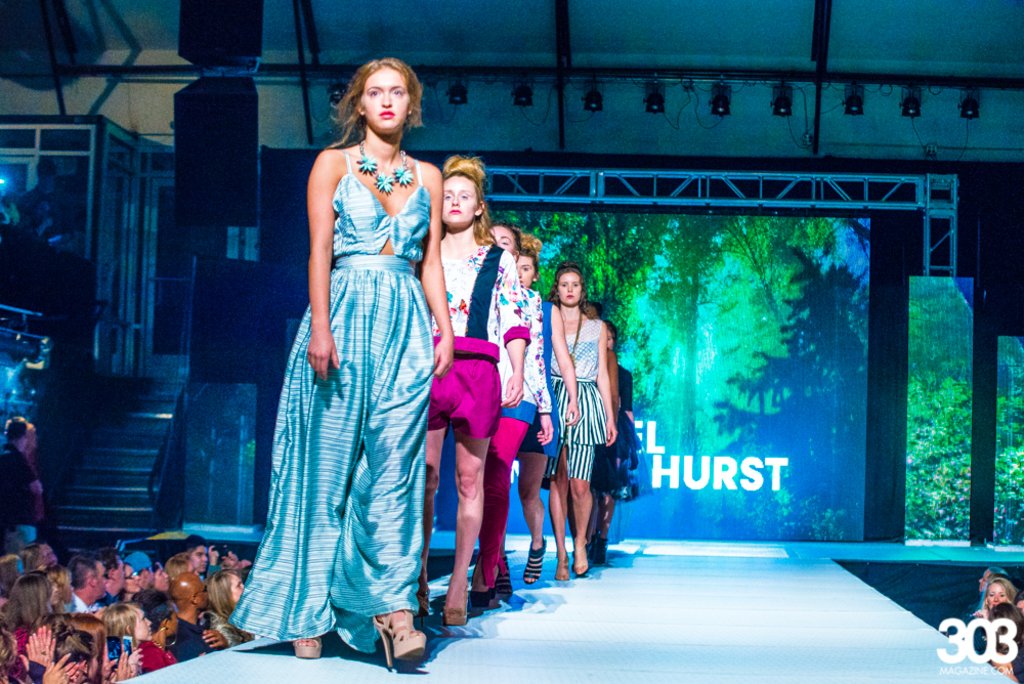 The Low Down: Denver’s largest fashion show has returned–Denver Fashion Weekend. If you missed the events throughout the week, worry not because you can still reserve yourself a seat to the last two runway shows. Saturday highlights the Local Boutiques and National Designers, Sunday is the hair show and for the first time ever Monday is hosting a special event for licensed hair stylists. Be sure not to miss the conclusion of Denver’s finest fashion showcase.

The Low Down: It’s opening day for the Colorado Rockies and there’s no lack of things to do all weekend. Stop by Avanti’s all-day happy hour, try a sip of Denver Beer Co’s new Cocoa Cream Graham Cracker Porter or enjoy bottomless Brunch, Bloody Marys, Margaritas and Mimosas at Zengo and La Biblioteca for only $39. The Colorado Rockies vs. San Diego Padres starts at 2:10 p.m in Coors Field. For more details on the LoDo festivities be sure to go here. 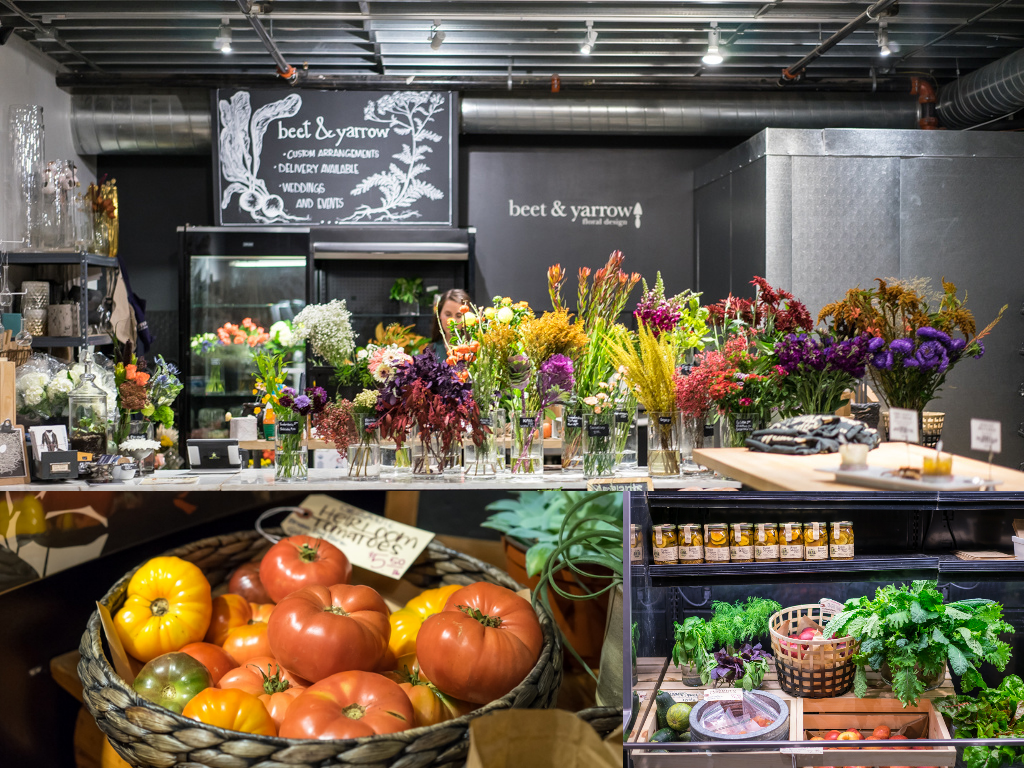 The Source. Photo by Roman Tafoya

The Low Down: As if Source didn’t already have enough to offer, it will host their first Spring pop-up this weekend with a variety of vendors. Enjoy beer, cocktails and the unique atmosphere while perusing goods and crafts from vendors including PB Love, Craft Boner, Willow Boutique and Sasquatch Co & Supply. Embrace this opportunity to explore local talent at this Denver staple–and if you can’t make it be sure to look out for more pop-ups from Source in the future.

The Low Down: The annual event at Denver Art Museum is back for another night of catered food, drinks and music. Sporting whiskey tastings by the Denver Whiskey Club and a DJ, this after-party for the annual fundraising event is sure to be a one-of-a-kind evening. Connect with art connoisseurs, support your city’s art museum, and get your hands on enough whiskey tastings to dance the night away. 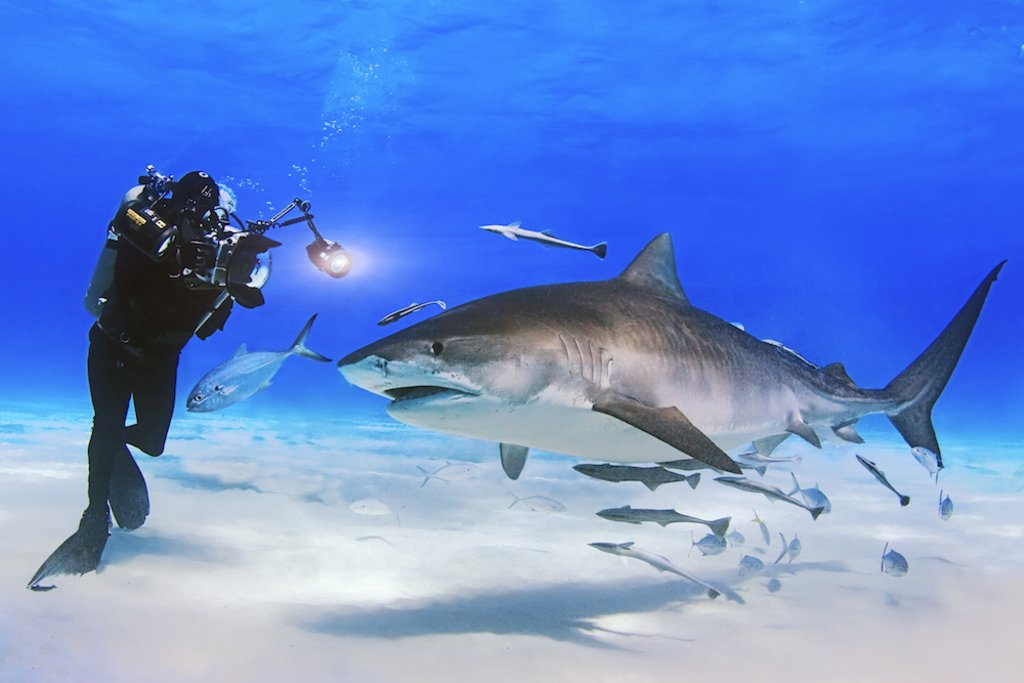 The Low Down: Denver makes it extraordinarily easy for its locals to be environmentally appreciative, and lucky enough National Geographic will be fueling that sentiment this weekend. On Friday night explore the depths of the ocean through the lens of one of the renowned publications top photographers, David Doublet alongside Marine Biologist Jennifer Hayes. This viewing experience is bound to be a beautiful adventure suitable for families, nature lovers and documentary connoisseurs alike. 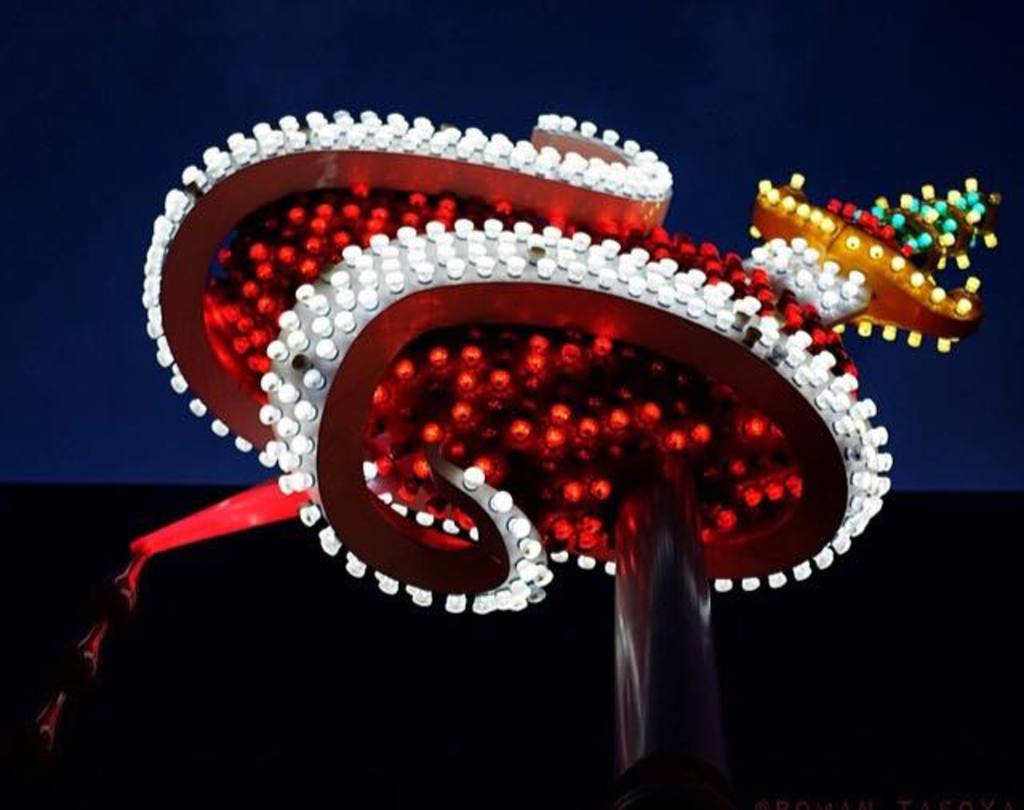 The Low Down: We have highlighted MCA’s Black Sheep Fridays a few times and can’t help but to continue. Black Sheep Fridays is one of the most unique and interesting events happening in Denver every weekend. With a different theme each time, MCA Denver keeps us on our toes awaiting the next one-of-a-kind evening. This week it’s Family Feud with Old Denver facing off against New Denver at 6 p.m.