Red Rocks is unlike any other music venue in the world.  It’s topographically breathtaking and architecturally genius, an amphitheater literally built into the land.  So it’s only natural that the concerts held at Red Rocks are just as unique. Therefore, different rules apply than for your average show, and we’ve got the low-down on what you want, need and definitely do not for your next event on the famous Rocks. 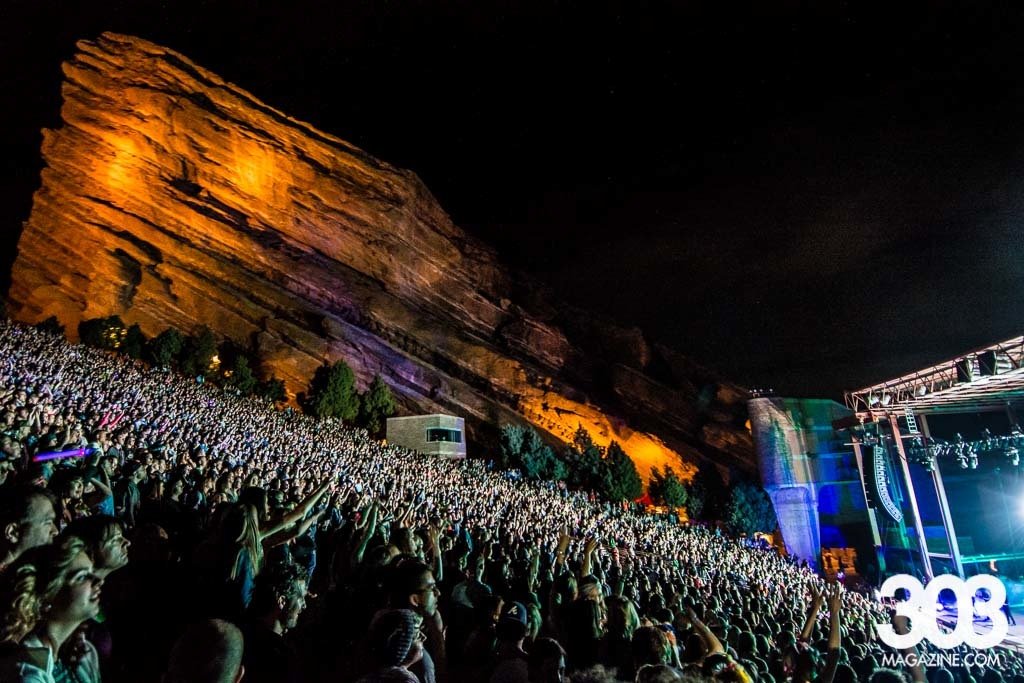 A Safe Place For Your Ticket

What might start off as a fine summer’s day can turn into entirely the opposite. One particularly sunny-turned-rainy evening, my paper ticket and my only hope of entry into Red Rocks was ripped and torn into soaking wet shreds. If you do nothing else, make sure to have a safe, dry place for your ticket, or you’ll be walking back down those stairs as quickly as you ran up them.

Food and drinks at concerts can be expensive, so having cash not only helps with the cash-only vendors, but that way, you can keep an eye on how much you spend. When you’re swiping away, you can lose track of the excruciating amount of money you spent on that delicious vodka and lemonade, that was really only delicious because it was pretty much just lemonade.

The Front Range can be a beast in the middle of summer, and we don’t realize how much we take our patio umbrellas and covered balconies for granted when we are roasting in the Red Rocks lot, with nowhere to hide. Unless you plan to sit in your car, which is no fun, be sure to bring a bottle of the screen for you and your crew, or it will be a long afternoon of tailgating under the beating sun.

The majority of Red Rocks attendees will eat before heading to the Rocks, and go the entire afternoon and evening without another meal. Me, I cannot hang. So I bring snacks or sandwiches–something that will keep for a bit and that you can munch on throughout the day’s or night’s events. Especially when alcohol is involved, you’ll be glad to have some real nutrients in you.

Colorado has incredibly unpredictable summer weather, so whatever you do, always, ALWAYS bring a poncho or rain jacket! Nothing ruins a concert like being drenched to the bone while walking up those stairs and being face to face with a wall of water, and flash flooding up to your knees. I’ve learned this lesson the hard way too many times. The forecast is not to be trusted. The moral: STAY DRY.

We all know beer and booze is expensive, but what will get you is when you’re spending nearly $10 per water bottle. Even worse is the vendors won’t give you the bottle cap, so you have to chug it there and then or you’ll be stuck holding it. If you can grab yourself a Camelback, it’ll save you the money and the annoyance of having a bottle stuck in your hand all night.

If it’s hot that day, your feet will sweat in your sneakers and so will the rest of you. If it’s raining, your cute new boots will be pools of water that your feet will prune in all night. If you wear sandals, you’ll probably get stepped on at some point and be pissed. Keep an eye on the forecast as much as you can, try and protect your pretty little pedicure and maybe bring a change of shoes, just in case.

Tarps are prohibited at Red Rocks, but if you’re there that night for your all-time favorite band and you’re in line early to claim a spot front and center, then bring a blanket! Blankets are permitted, and most people at most concerts will respect that your blanket means it’s your spot. If you’re with a crew, then your blanket serves as a home base for the evening, which is a plus.

When you leave downtown venues, you can easily find a sober ride home or a $5 Uber/Lyft taxi. At Red Rocks, most people have been partying all day, and if your homie tries to drive after “only a couple beers” – Stop, because there are cops waiting for you to make that mistake, and there are random checkpoints on Highway 93 all summer long. Have an actual designated driver or  a plan with your friends to split the pricey taxi ride home, (where they line up at the top of the South lot). Have fun, but be safe!

Red Rocks has been dubbed by many official, (and some rather unofficial) media outlets as the greatest live music venue. Whether you’re a local and you attend a concert at the Rocks ten times per summer, or you’re a first timer who has flown out to see your favorite band at the epic venue, there’s no doubt you’re one lucky bugger whose about to have the time of their life. Come early, stay late, and have a bad ass time. 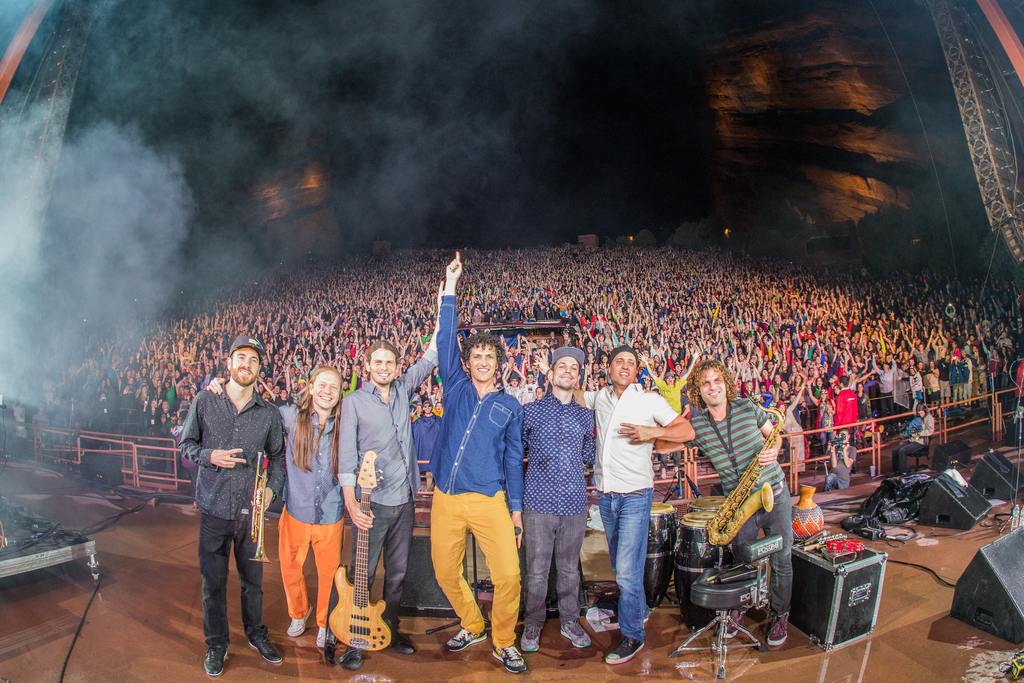 Neither Want Nor Need

I can’t say for sure if hula hoops are prohibited, but leave them at home, because they’re annoying. You’re not at a festival where there is room to roam, and though Red Rocks is vast and spacious, the stands get crowded. Don’t inhibit someone else’s good time because you need to show off your hooping skills. We bet you’re awesome, but show us on lot before the concert and leave the hoop in the car.

There’s not much to say about this one other than that tarps are prohibited! So don’t bother, because when they confiscate your only camping tarp, you’ll be bumming.

You might be asked to throw out any bottles or cans, even sealed, upon entry. Yes, you really wanted that ice-cold water bottle or the Coca-Cola you were gonna use to chase your whiskey-on-the-rocks, but chances are they won’t get past security (a sealed water bottle is the only safe bet). Bring that Camelbak, or have your cash ready for the vendors.

Many folks bring their dogs (and, yes, even cats) to the Red Rocks lot for tailgating. And some of those folks are there just for the pre-party, and not actually going to the concert. But for those of you that are attending the show – it is totally cruel and unusual to leave your creatures baking in your car in the sun all day and night while you rage your favorite band. Please, leave your dogs and cats at home, where they are safe and sound!

Sure, weed is now legal in Colorado. But that doesn’t mean you can bring it with you into Red Rocks. Leave your favorite smoking paraphernalia at home and opt instead for a joint before the show. When security takes your favorite bowl and an eighth of weed you just bought, don’t say we didn’t warn you.

With that said, make this Red Rocks season your best yet!