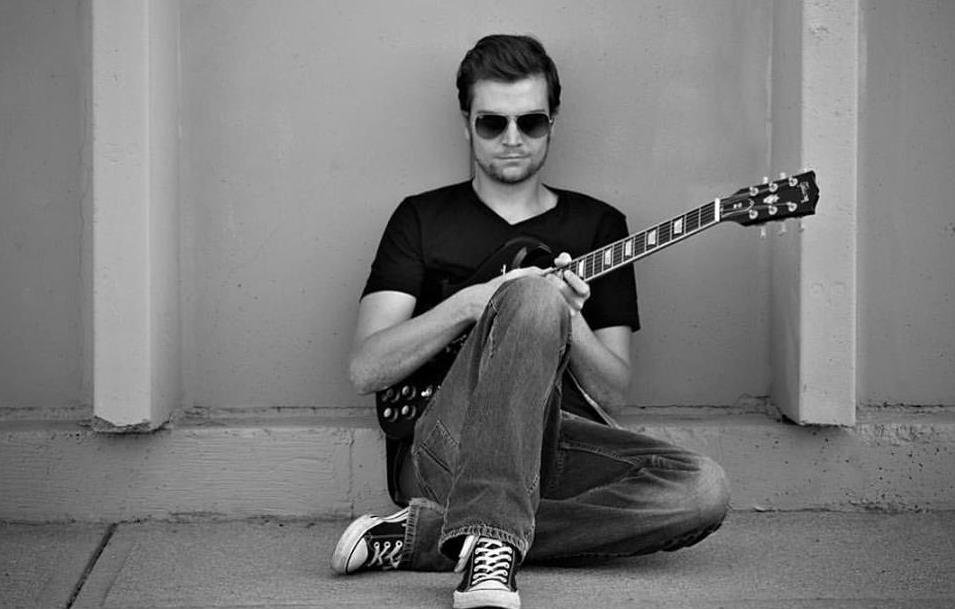 All photos courtesy of Zakk Debono.

In April 2015, we got the chance to sit down with Zakk and pick his brain on all things music. This time around, we delved a little deeper to see what kind of soul was on the other side of those dark glasses and poignant sound. Check out the Q&A below and be sure to grab tickets to the show!

Get your tickets here 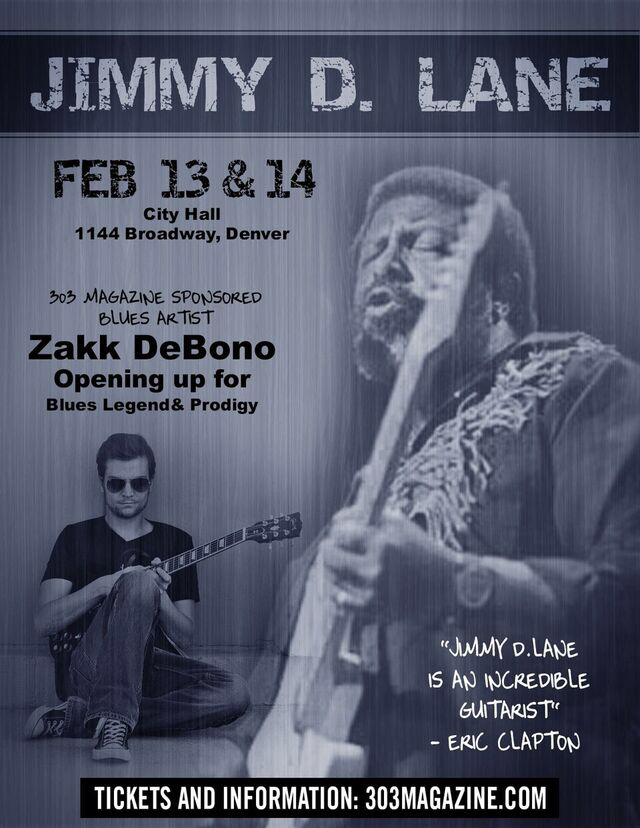 303 Magazine: What is one of your favorite childhood memories?

One of my favorite childhood memories is when my parents took me to see the GrassRoots Show in Cripple Creek. The show was amazing, I was a big fan. The next morning we got up and went to breakfast at the hotel and Rob Grill and the band came over and talked and started singing at the breakfast table and visiting with us. They were such amazing guys with a great sense of humor. They visited with my parents and told me to continue music and practicing if I wanted to make it in music. I will never forget how cool that morning was. They picked up the check and ate with us. My parents took me to some amazing shows and I met some cool people.

If you had to pick one artist/group to listen to for the rest of your life who would it be and why?

My favorite genre of music I could listen to everyday would be blues.

We’re really excited for your Valentine’s show with Jimmy D. Lane. Did you comprise a certain Valentine’s themed set list?

Nothing in particular for Valentine’s Day theme other than a great song lineup. We are just going to play some heavy-duty blues and great tunes to bring great energy. It’s kinda intimidating opening up for one of your musical heroes but at the same time it is the best feeling in the world.

What did you first think when you listened to Jimmy D. Lane?

When I first heard Jimmy in 2004 I was just amazed and couldn’t get over it. Especially being involved with the blues, I listened to him 24/7 literally. I heard a man who was completely connected mind and spirit with his guitar that has one of the best vibratos I’ve ever heard. I thought to myself “who is this guy?” He is a prodigy just like his dad and I thought his music was perfect. It must run in the family because he’s one of best of all time, in my opinion. When I heard the expression of his notes I was immediately influenced and needed all of his albums. I told myself one day I will be big enough to open for him if I keep working hard. I am just very blessed and very excited to be a part of history in the making. Jimmy is a legend. This show will be huge.

What is the next place you’re hoping to travel to?

The next place I would like to travel would be back to Southern California to work on an acoustic album with my best friend Juan who’s an amazing blues musician. We played together in the same band for years in Carlsbad, California playing different places and venues all along the coast just to be seen and to keep the blues alive.

What is your dream music venue you hope to one day play?

The two music venues I would love to play someday would be the Whiskey A Go Go just because The Doors played there. And the Royal Albert Hall.

What are you most grateful for thus far?

I am very grateful for my animals, and my family and friends who support my music career. I would also like to thank the Colorado Blues Society, GHS Guitar Strings, Gibson, Fender, Peavey Amplification, InTune Guitar Picks and 303 Magazine for the strong support and amazing vibes to get me where I am today. You guys rock!

If you could have dinner with anyone in the world (dead or alive) who would it be?

If I could eat with anyone dead or alive I think I would pick John Lennon. Who is a better person to talk to?

What Guitars will you be using for this event?

I will be using a few different guitars including my Red Fender Stratocaster , My Gibson SG Standard and my Gibson Les Paul Goldtop.

I think my favorite place to play in Denver as if right now would be the City Hall building on Broadway Street, where this show will be. It’s really an amazing location and has amazing natural acoustics in the main room. The building is over three stories high with the balconies that’s really a cool view for watching shows. This place is just an amazing venue to visit. Great place and cool people.

Is there any other music genre outside of rock/blues/singer-songwriter you would like to explore in your music career?

As a guitarist and musician I always try to explore something different and unique with learning diff types of music. I will practice for weeks playing new material and learning things that are out of my comfort zone strictly to improve on what I don’t know or understand. I find it very important to expand beyond what you already know and learned as a musician. I would love to learn more Jazz Fusion like what Robby Krieger plays on the Singularity album. Such a unique sound normal guitarists can’t achieve.

Zakk Debono is a multifaceted young man with an even more complex sound. He’s much more than a young and hopeful musician trying to catch a big break. He doesn’t seem to care about big breaks, front covers, or stardom. His only concerns are about the sound coming from his Fender Deville 410’s playing out over the crowd, connecting each and every concert go-er through his music. You don’t want to miss this show!