Late nights, long hours, and little human contact—that is how Eden Myles and Shauna Lott, now co-founders of Temple Bakery, described their baking careers before they met. Both transplants to Denver by way of the Midwest, Lott, a social worker by day, was baking pies in a basement of a synagogue whereas Myles, a vineyard manager turned baker, made bread out of a microscopic 100-square foot rented space at Crema Coffee House.

“It’s lonely,” explained Lott, a petite auburn haired woman known locally for her pie company, Long I Pie. “I’m an extrovert so [baking alone] was hard for me.” 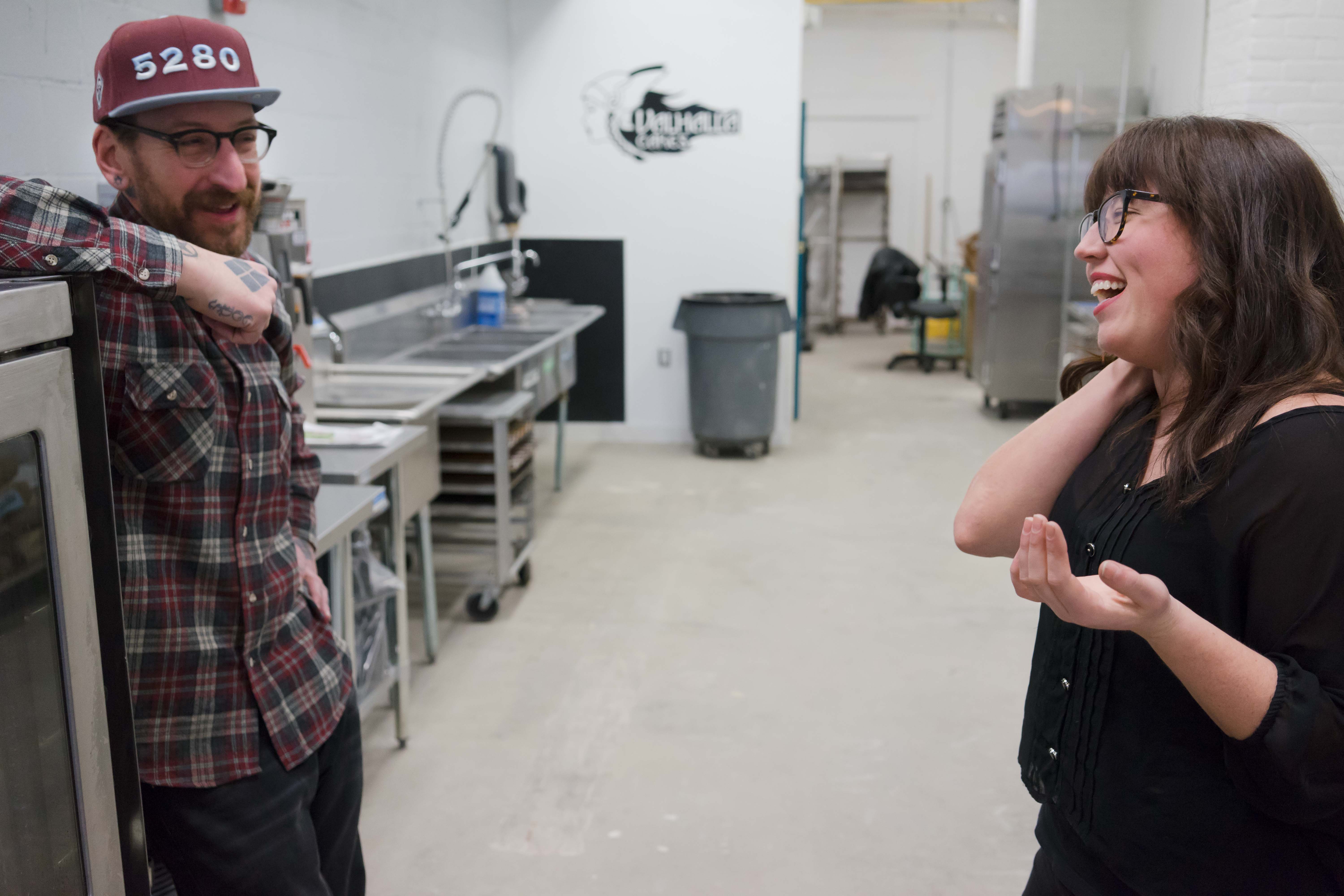 Myles, tattoo-clad and with a face scrunched in a permanent smile that reveals a silver-capped tooth, could only agree. He detailed how he started making pizzas as a ploy to get friends to hang out during his late nights baking.

“I’d tell them to just knock on the back door,” he explained.

On one of those nights, as a result of exchanged Instagram messages, Lott was one of his visitors.

“I wasn’t sure at first. I had been getting a lot of messages lately, mostly from dudes,” she said of her first conversations with Myles. “But I remembered walking to meet Eden, and the first thing I heard was a Ryan Adams song blaring from the back of Crema.” 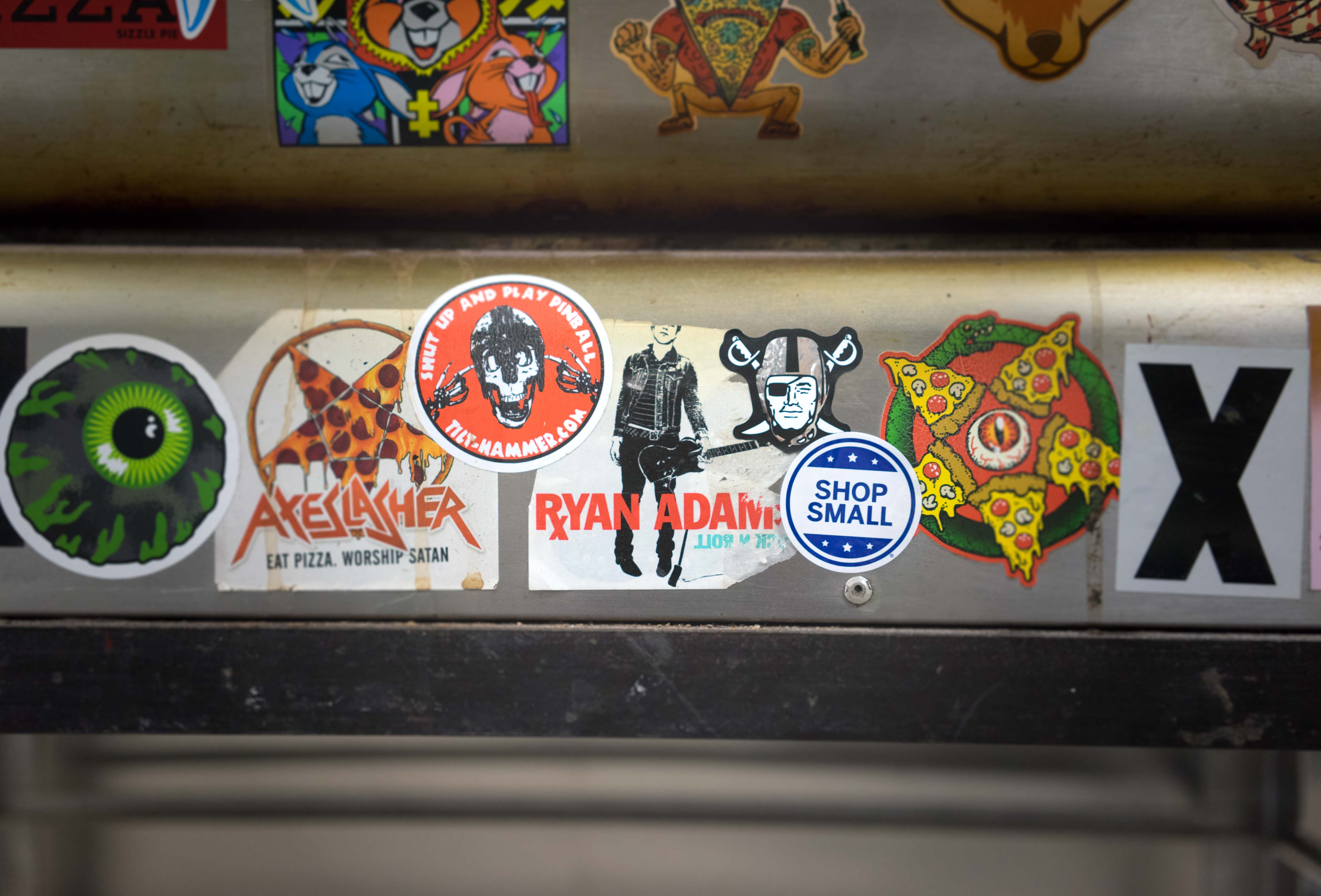 Ryan Adams, an indie singer/songwriter, holds special significance for both Myles and Lott.

The two immediately bonded over their shared love of the indie crooner. They became fast friends and for the months following the pair bounced ideas back and forth, the main one being Myles’ starting a solo endeavor with Lott as a renter. But after some consideration, it appeared that the best way for them to achieve their goals was to go in it together.

“It would be eternal nighttime in here, just black,” said Myles as he stood in his soon-to-debut bakery. He admitted that without Lott, the Temple might not exist and if it did, his punk rock aesthetic (he’s known to put satanic references on his pizza boxes i.e. “Hail Gluten”)  would have probably scared off your typical bakery customers. But with Lott’s feminine touch and their combined willpower and savvy, Temple Bakery is now open for business. 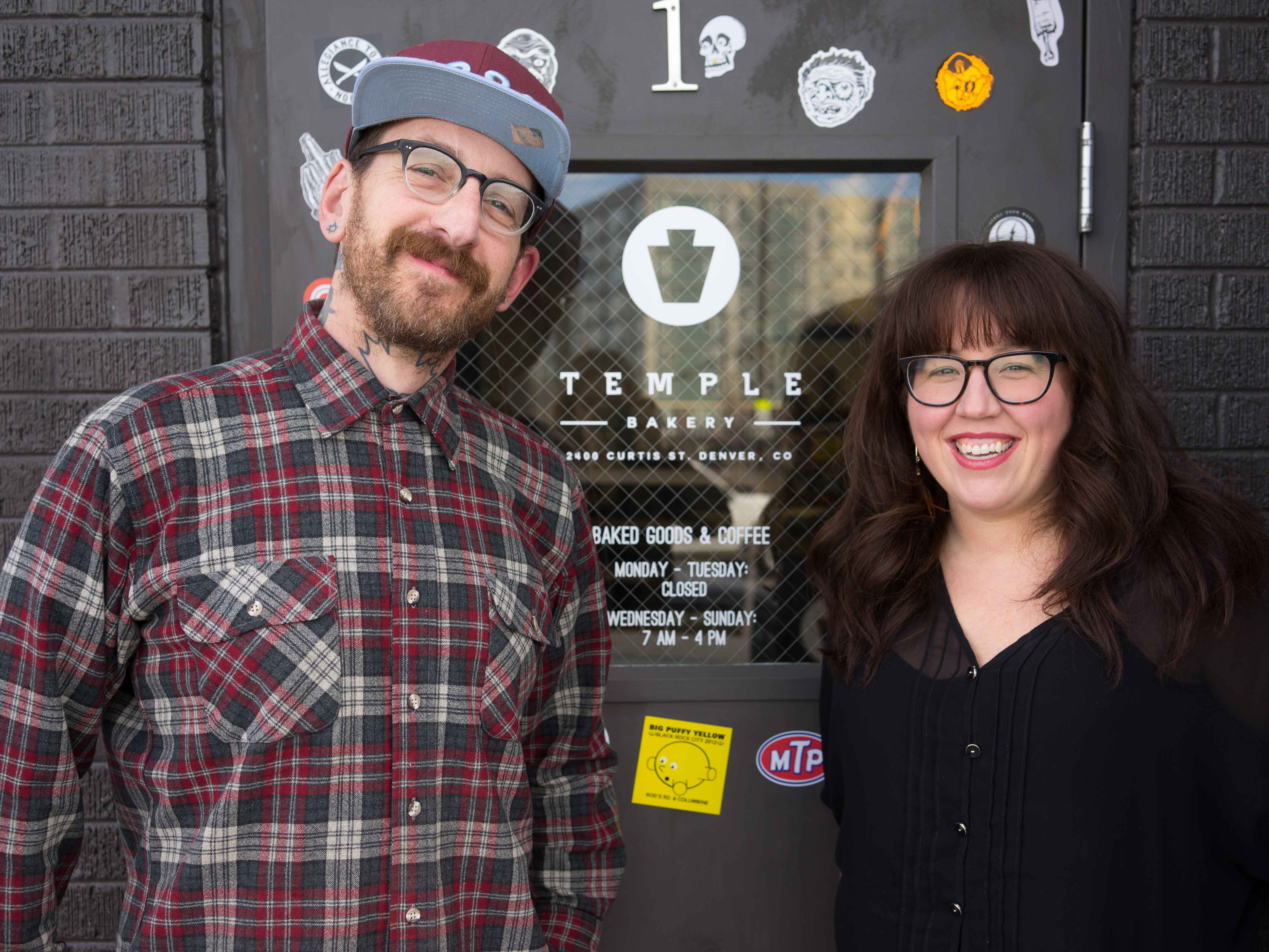 Myles and Lott in front of Temple Bakery

Located in a former storage closet of The Temple, an 1880s synagogue turned artist community, the collaborative bakery isn’t just an effort between the pair. Instead, with a goal to build a community and provide opportunities for other bakers, Temple will act as a business incubator for up-and-coming bakers where they can bake, as well as, sell their goods for one year.

“I want people to succeed in business,” explained Lott. “Both Eden and I know how hard both of us have struggled in the baking business for the last couple of years.”

Currently, the tenants are Sam Slade of Valhalla Cakes, a custom cake design company and Peter Billings of Sixth Elegy Baking Company, which specializes in croissants and other baked goods.

“They are incredibly talented and so deserving of the opportunity,” explained Myles. “…We’re not making any money off of this, but we want to give back.”

Between the group, the bakery will serve full breakfast and lunch menu with items such as bagels, cakes, croissants, deep dish quiches, gourmet sandwiches, sweet and savory pies. Then starting at 6 p.m., the bakery will switch over to a late night pizza parlor. They even plan on adding a pinball machine for added effect. 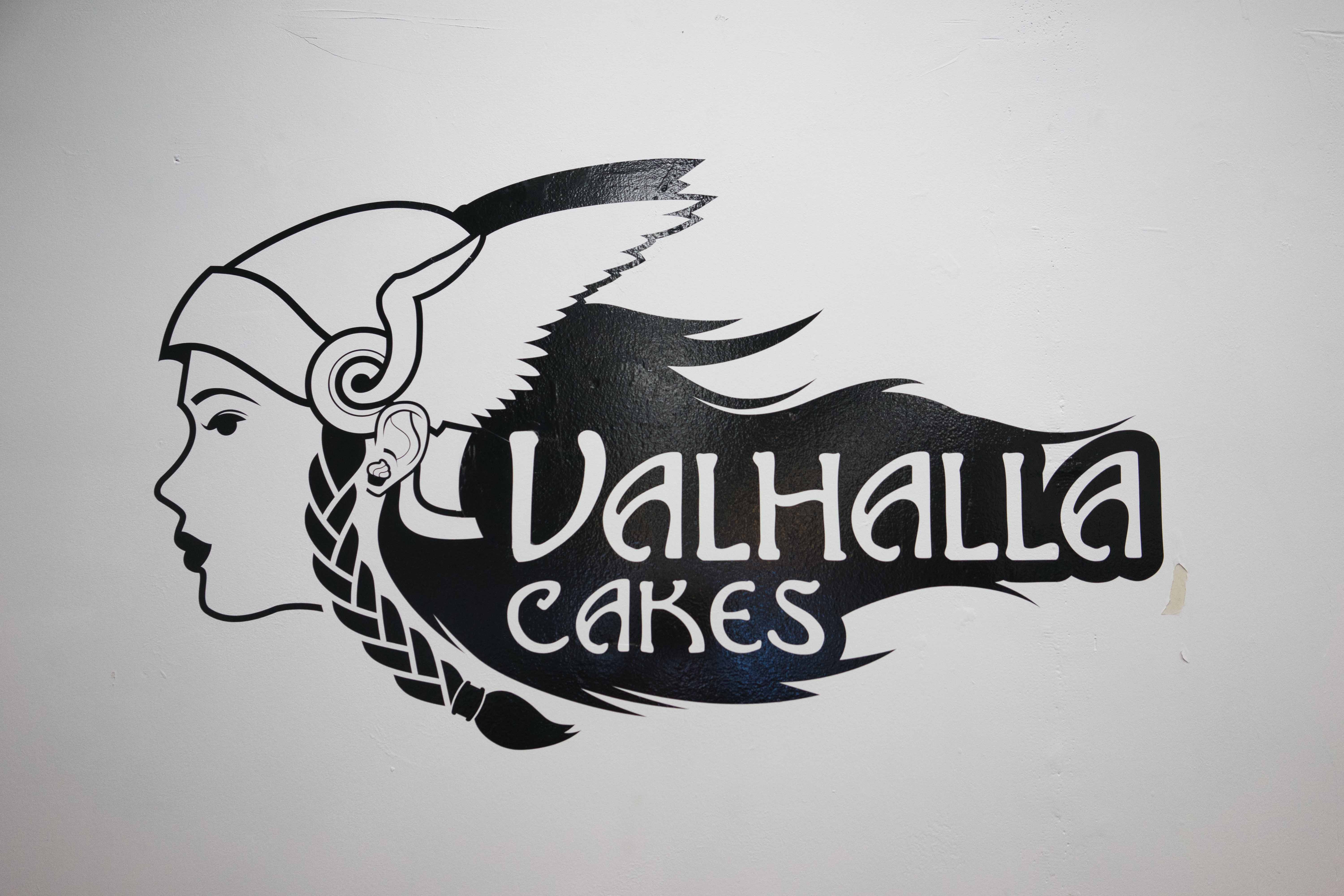 “The Temple Bakery is a miracle,” said Lott. She explained that they have had to face many obstacles to get to get to opening day, including a dozen construction issues like replacing all the plumbing. “The dirt was up this high,” she explained, pointed to her knee.

But despite all the trial and error both her and Myles are left with one sentiment:

“Thank you, thank you, thank you,” said Myles, in reference to all the people, family, and friends (including late night pizza-eaters) that have helped him and Lott go from to the two lonely bakers they once were to business owners that have found their community. “A million thank yous.” 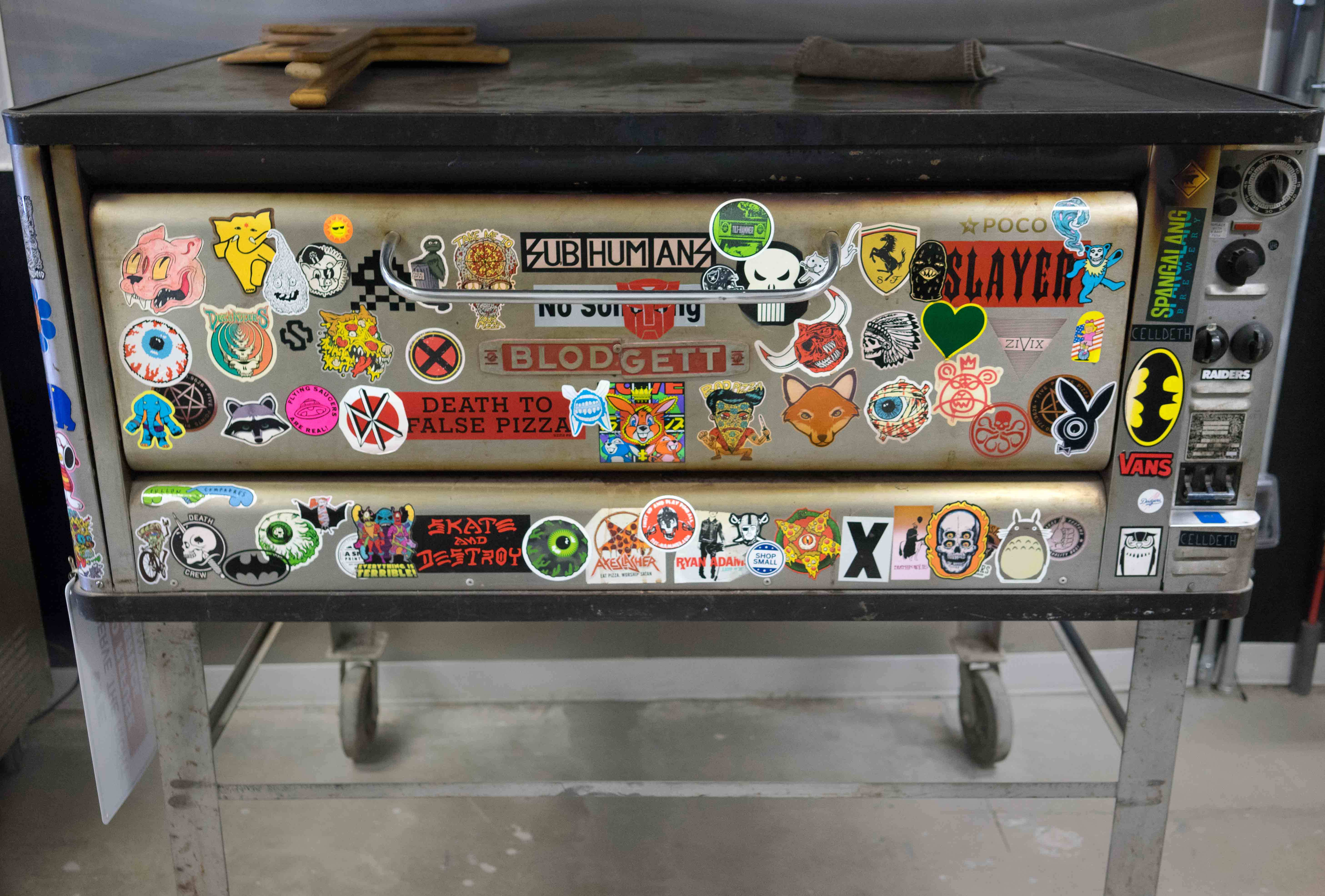 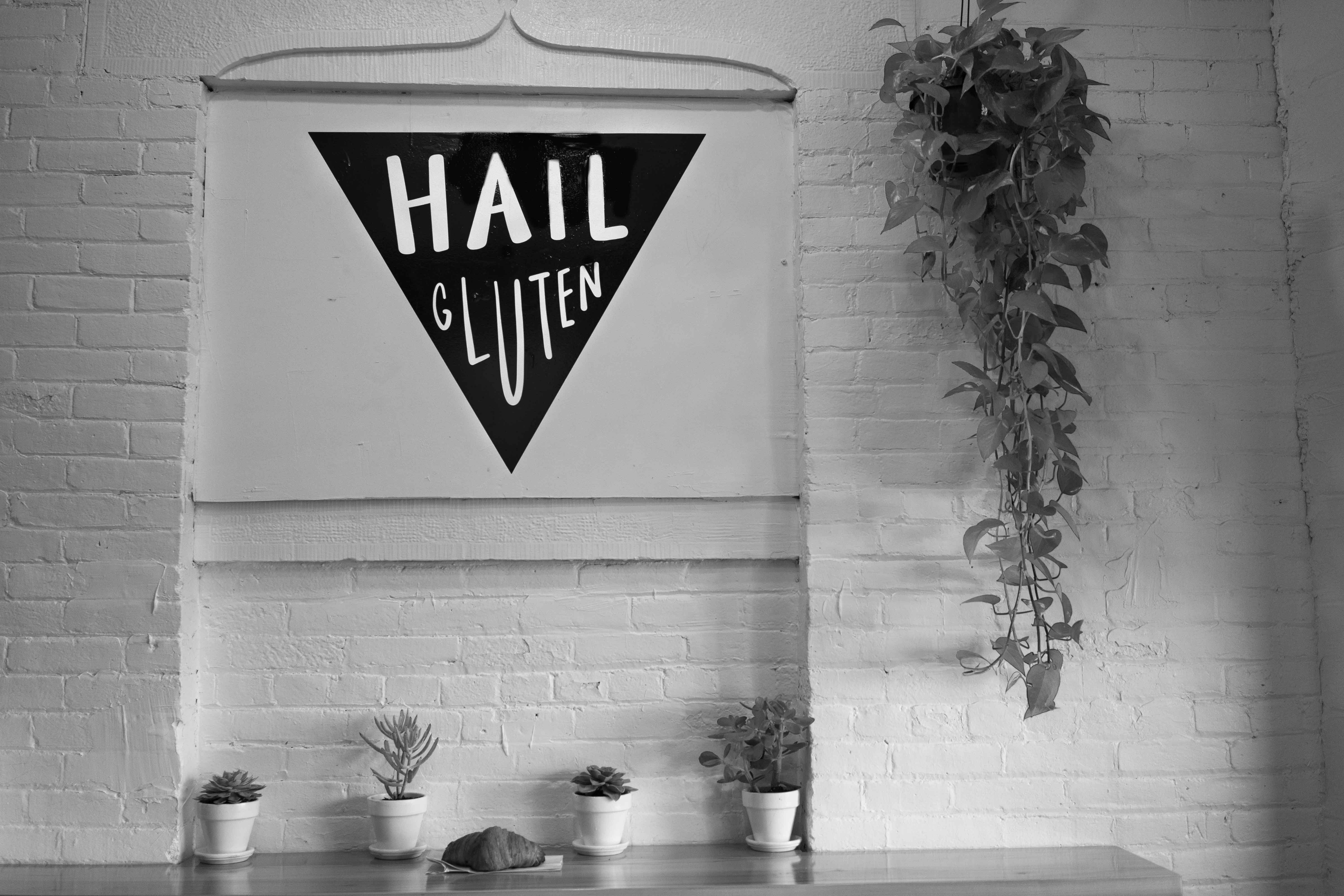 “For me Hail Gluten is defining bread as punk rock.” said Myles “ It’s not just us, there’s punk rock bread everywhere: just dudes loving life that know the value of bread. It’s not just about the ingredients. It’s the rights of bakers and the time they give to their craft.” 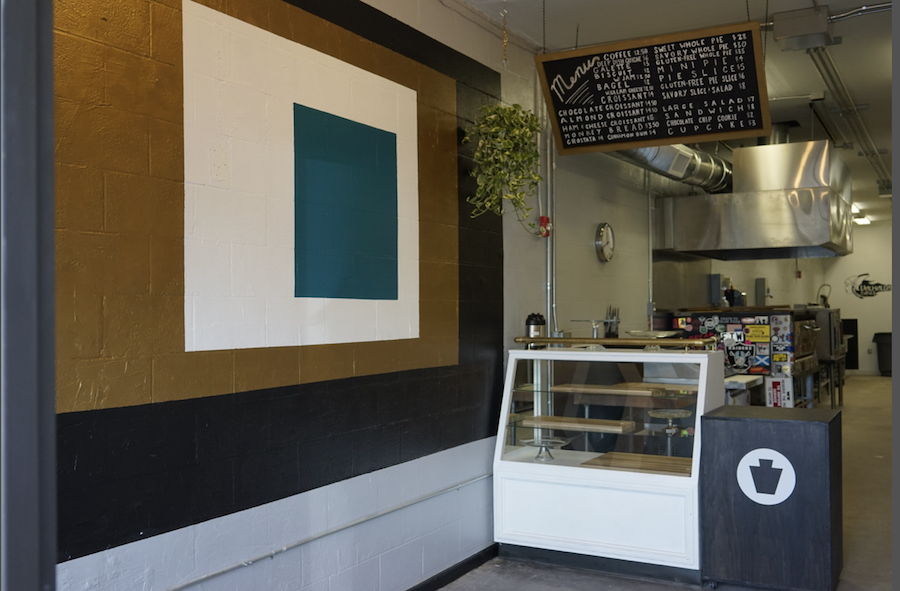 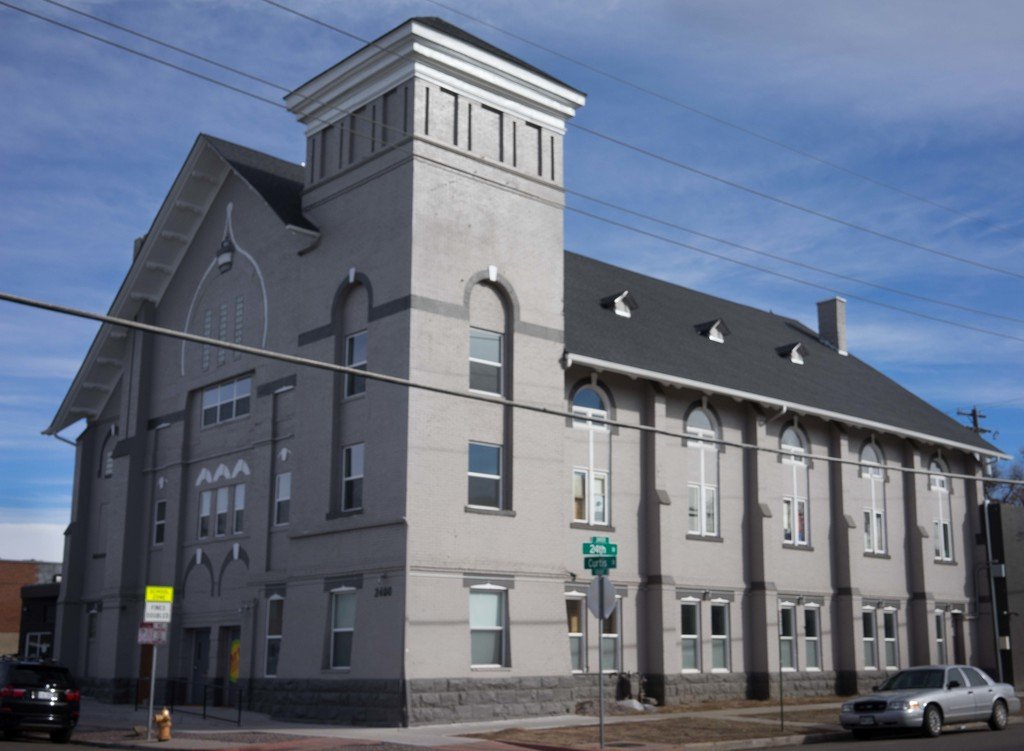 The Temple. Fun fact: the building was originally founded by Temple Emanuel, the same group that Lott used to rent from when she first started baking. 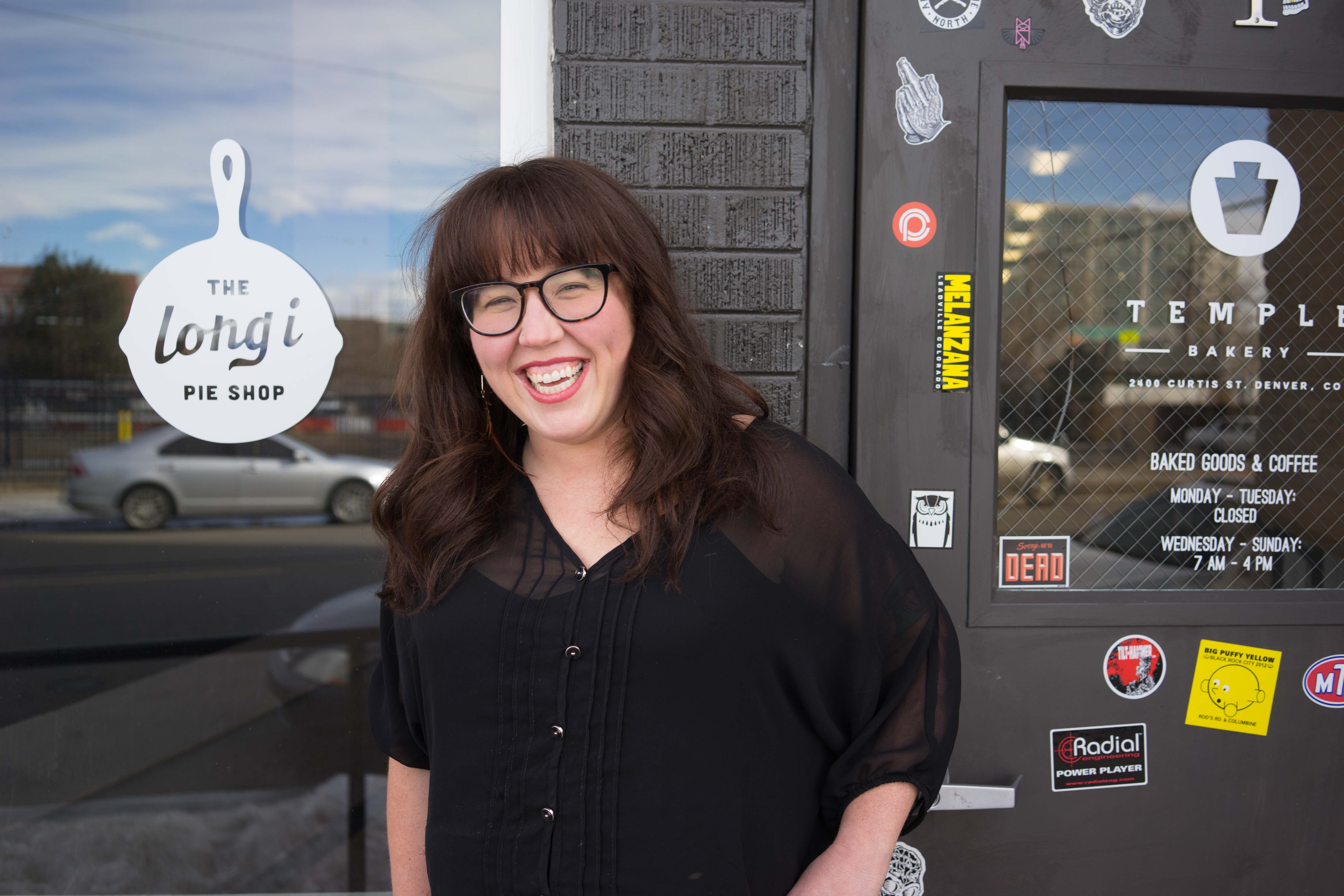 Shauna Lott, known locally for her company “Long I Pie.” 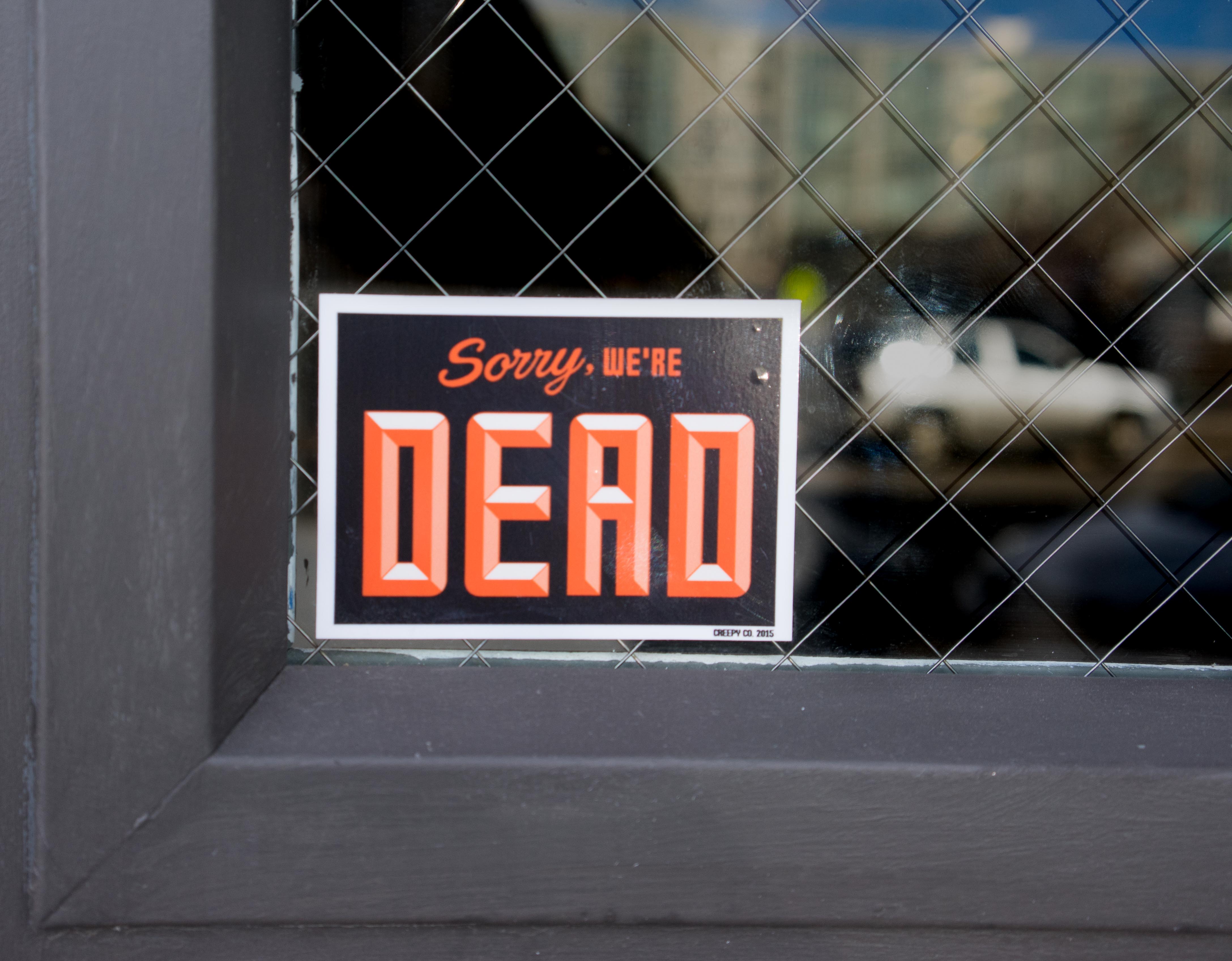 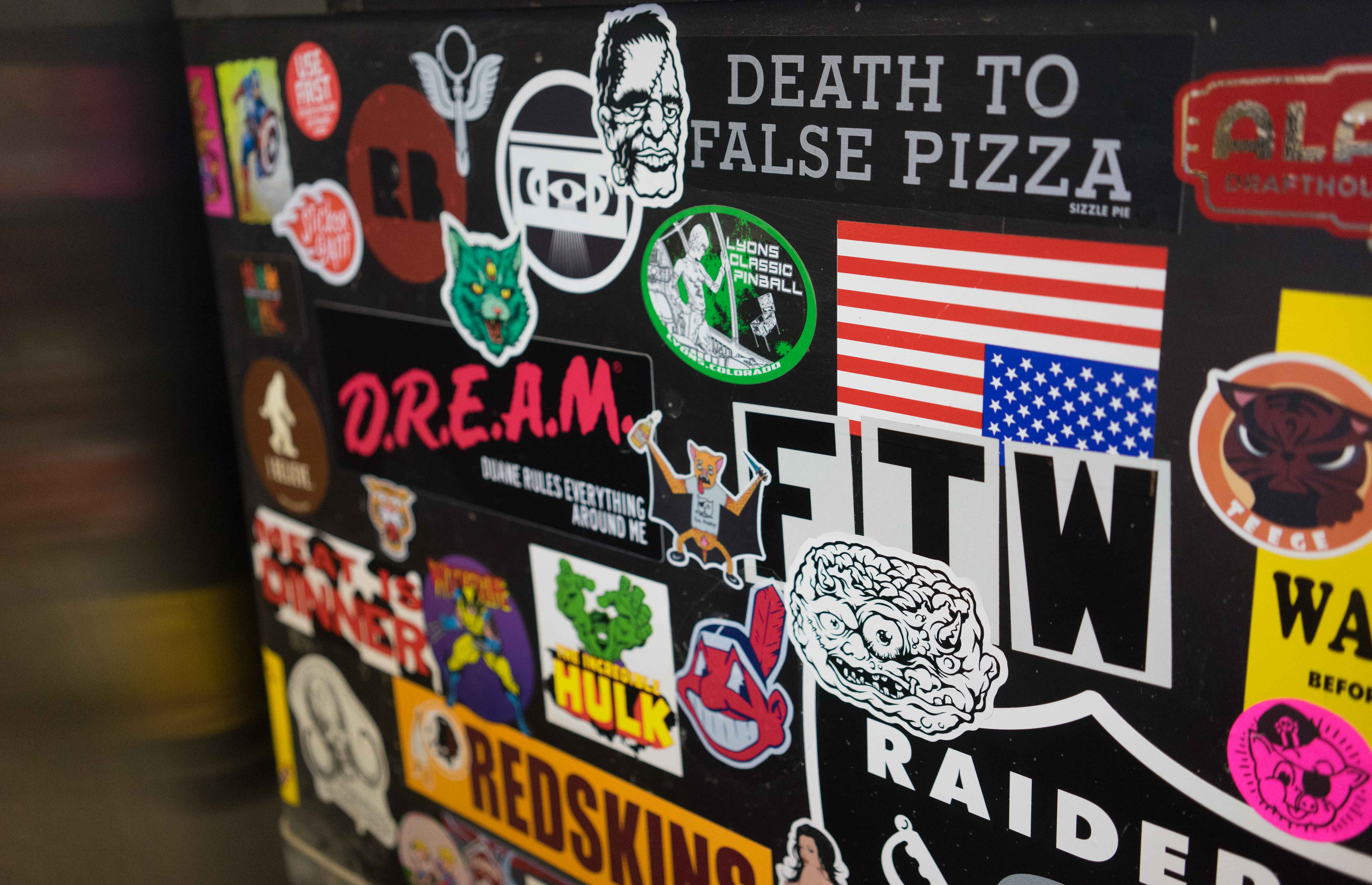 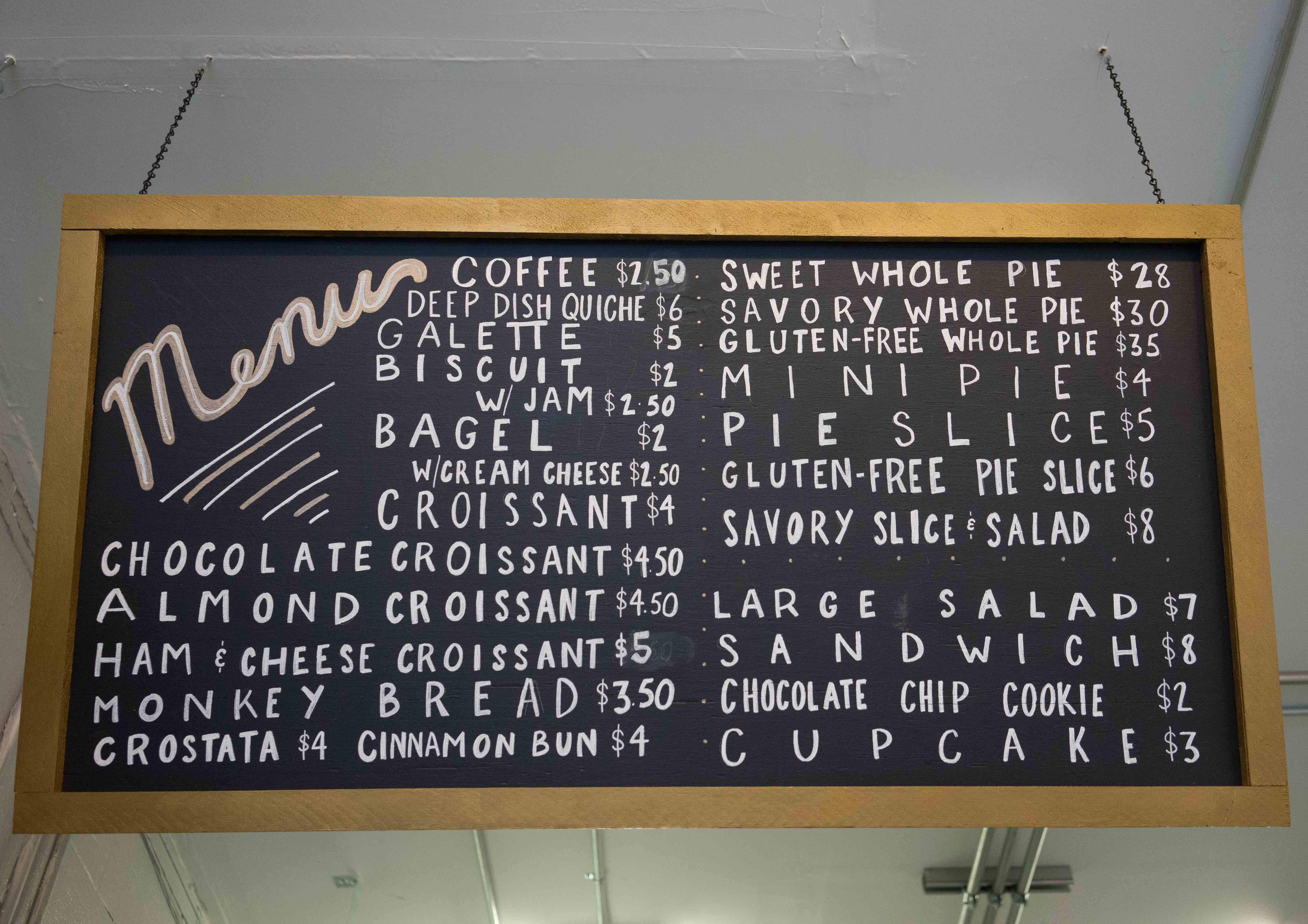 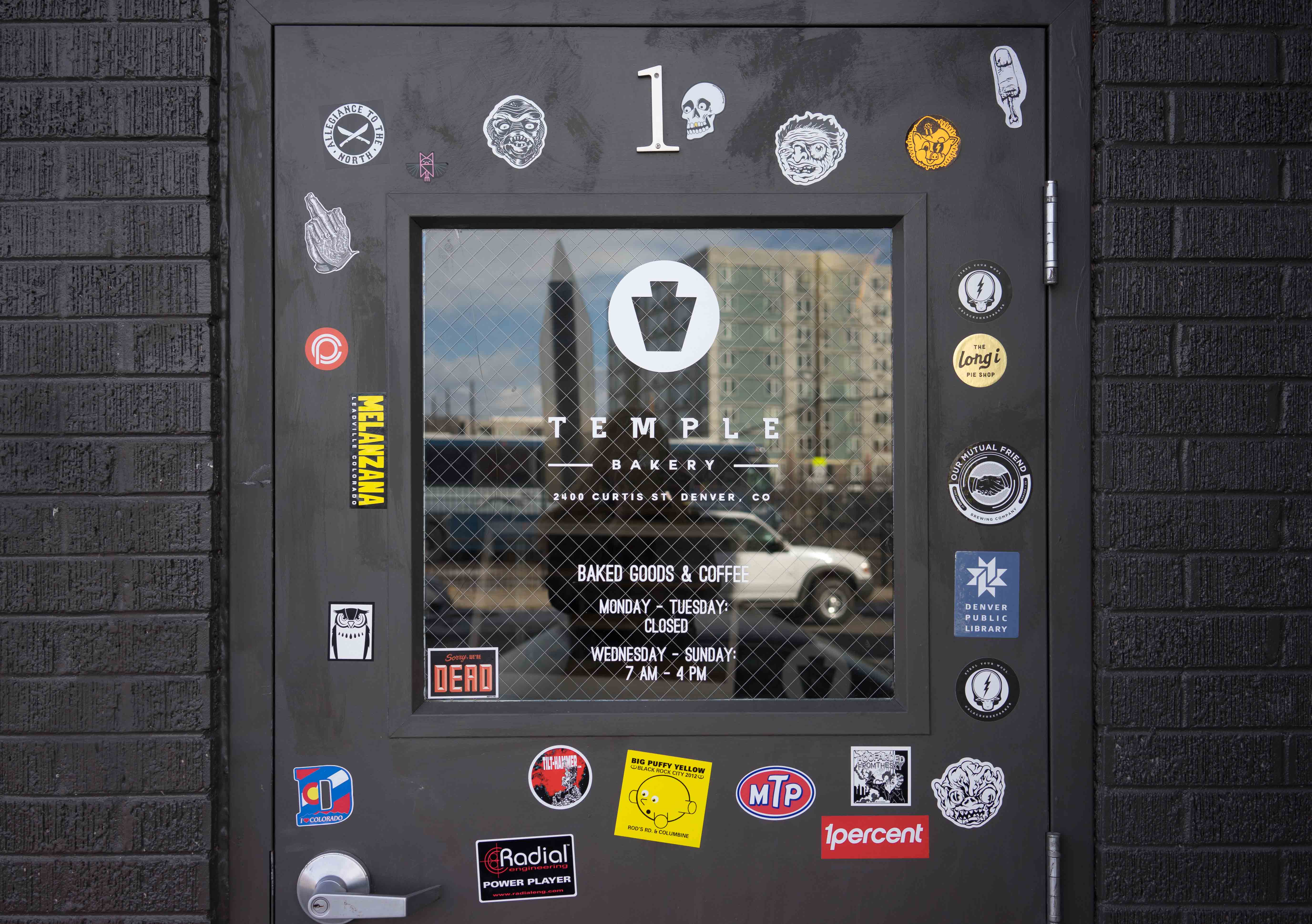