Rebel Restaurant Explains Why You Should Eat the Entire Animal, Head Included

Since opening doors on July 14, Rebel Restaurant has raised eyebrows for its boisterous menu, which regularly features an entire animal head and other offal offerings. A catchall for variety meats, offal refers to the organs and entrails of animals. And while brains, tails, feet, and glands are nothing new in the metro area—just pop into a Chinese or Mexican joint on Federal Boulevard or in Aurora for proof—thanks to comprehensive butchery programs and detailed nose-to-tail concepts, it seems as if there’s an offal uprising.

While the Mile High City’s status as a true food town is still up for debate, it’s clear that the city has embraced the unabashed spirit of Rebel: the spot has earned heaps of accolades from Denver’s press and diners alike. If anything, the city’s restaurant boom has enabled chefs to tinker with possibility—and diner’s perceptions of normalcy. And whether intentional or not, Rebel Restaurant is audaciously spearheading an otherwise quiet revolution. 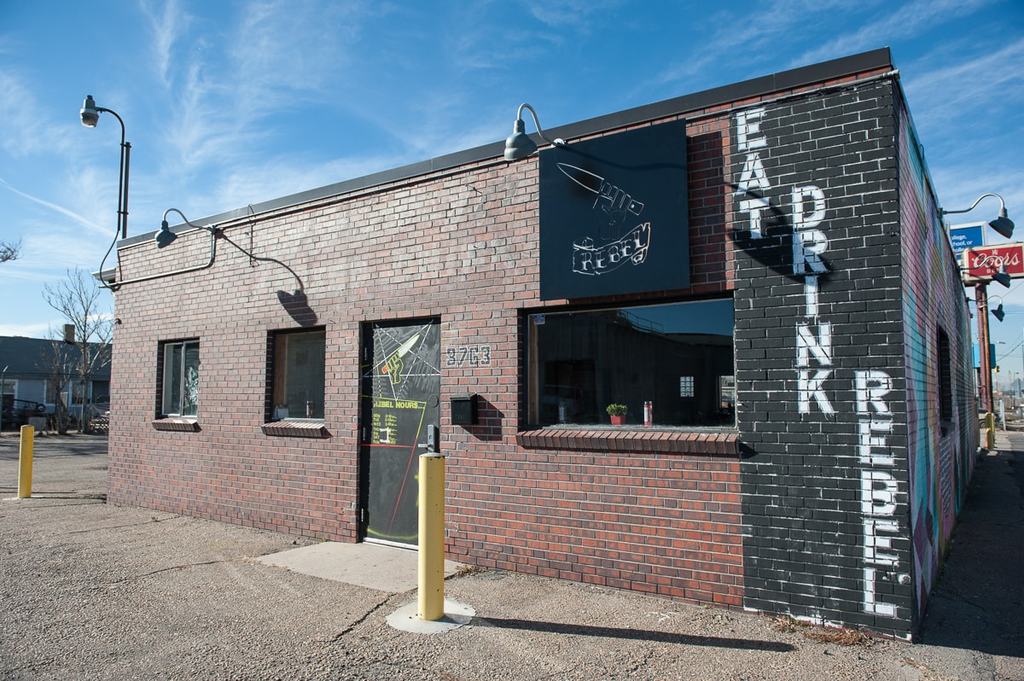 The intrinsic shock value of having an animal’s head on the menu has captured the city’s attention. But for first-time restaurant owners Dan Lasiy and Bo Porytko, Rebel is a more layered situation. As much as they’re trying to push the proverbial envelope and challenge diner’s paradigm of dining out, the two are carrying out what they consider to be part of their duty as chefs.

“We as cooks, or restaurant owners, have a responsibility to bring to light things that we find tasty, abundant, and that are things we want consumers to enjoy,” said Lasiy.

Perhaps deceptively simple, this multifaceted concept is challenging—especially for the type of American consumer raised on year-round tropical produce, white meat, and frozen food. Speaking passionately, it’s clear that Lasiy thinks Denverites need a slap in the face when it comes to the way they approach food. 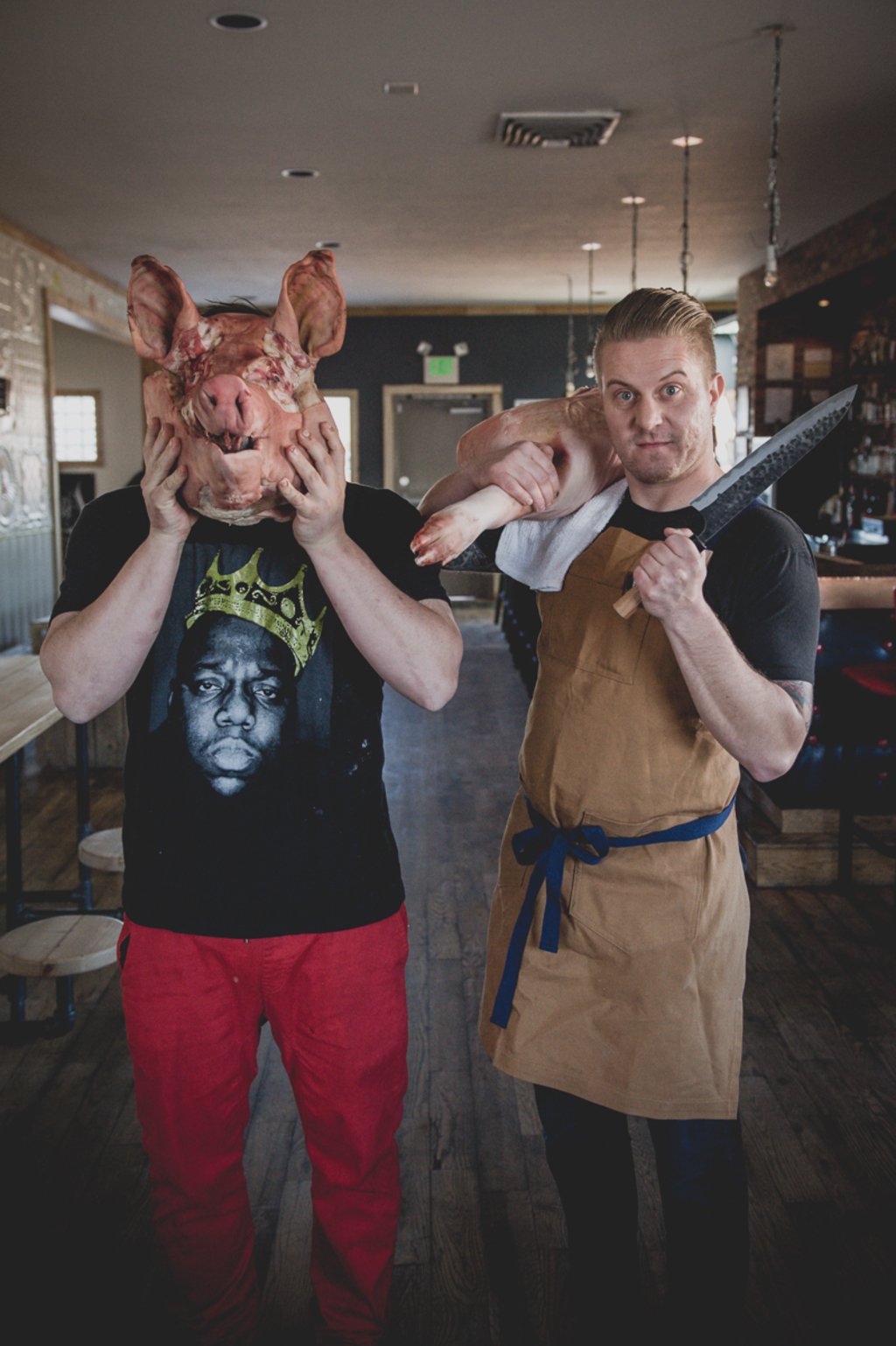 “We have to get to that point as a society where we’re conscious of our consumption, because we’re kind of screwing ourselves right now,” he said. “I don’t think it’s right for someone to go to Whole Foods in the middle of winter and get mangoes from Argentina or a boneless, skinless chicken breast and not worry about the rest of the chicken.”

As weighty as this topic may be, Lasiy thinks that chefs, cooks, and even consumers wield the power of change. The more that people talk about consumption, the more word is spread. And for Rebel, raising awareness is manifested in serving up whatever the hell they want. 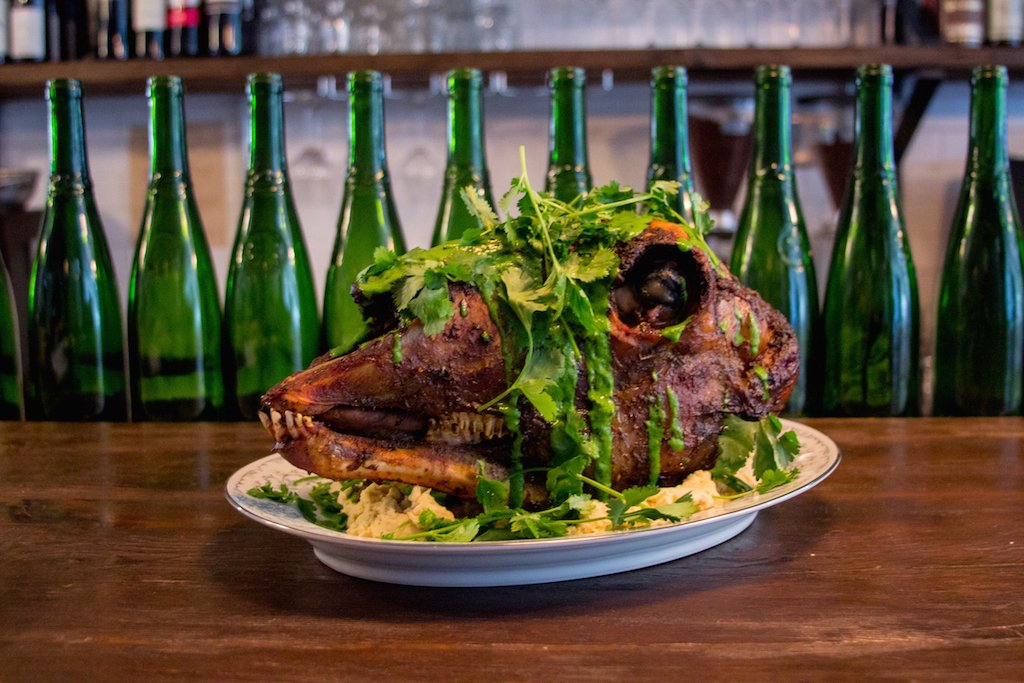 “I won’t lie and tell you that a whole lamb’s head on a plate is not eye catching and works for the media. But that’s part of it,” Lasiy explained. “If I can put that into your mind—‘oh shit this guy has a lamb’s head on his menu’—and just that little bit is in the back of your mind, maybe next time you go to the grocery store, you’ll think about buying something else.”

For Lasiy and Porytko, both Ukrainian-American, Rebel is years in the making. And while their restaurant is by no means Ukrainian, the two are clearly paying respect to their lineage. Lasiy tells stories of his grandparents living in post-war Ukraine during the Soviet era, when food was solely sustenance. Like many cultures, Lasiy’s grandparents ate what they had: whether it was produce from their garden or under-utilized cuts of meat. Growing up outside of New York City, Lasiy remembers eating headcheese with his grandfather. “I had no idea what it was, but whatever—we ate it.”

Using what’s available and highlighting all things Colorado, at least when possible, is at the top of Rebel’s manifesto. And Lasiy says this extends beyond utilizing, butchering, and serving whole animals: it’s also about showcasing Colorado produce, fish, beer, and spirits. 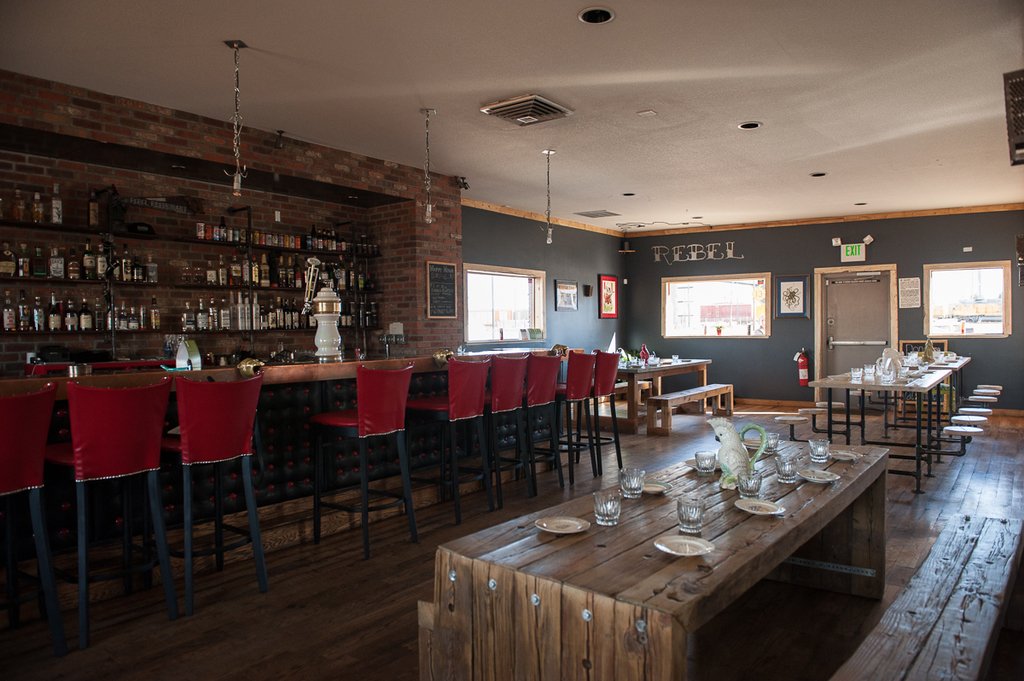 Middle-class America’s recently revitalized penchant for all things local is perhaps more fetish than necessity. But, as Lasiy argues, it’s a step in the right direction.

“When I started cooking and going towards local and this and that, [my family] made fun of me,” said Lasiy. “They were like ‘You realize this is how you grew up.’” Lasiy is even unafraid of the ubiquitous, expected hipster modifier that has already been thrown at Rebel. “I think that people use the term ‘hipster’ in a bad way a lot of times. But it does serve a good purpose in society,” he said. “Once something starts gaining popularity and becomes hip, then it brings it to light for everyone.”

Lasiy argues that, as a whole, American consumers are becoming more conscious about the environment, the food they consume, and the impacts it has on their bodies. He posits that the millennial generation, at least in Denver, is the one spending the most money on food—and an age bracket that could positively impact the food cycle.

“They’re really open to things like that: being conscious of the environment, your body, eating different things and eating local,” he argues. “We’re going in the right direction, we just need to speed it up or we’re not going to do it properly.”

Like many, Lasiy attributes the stigma surrounding unfamiliar meat to larger concepts such as mass consumption, fast food, and government subsidies that have proliferated the food industry for decades. Lasiy claims he’s not trying to be a spokesman for the restaurant industry; and when he speaks, it’s more common sense than pontification. Instead, Rebel is about bridging gaps. 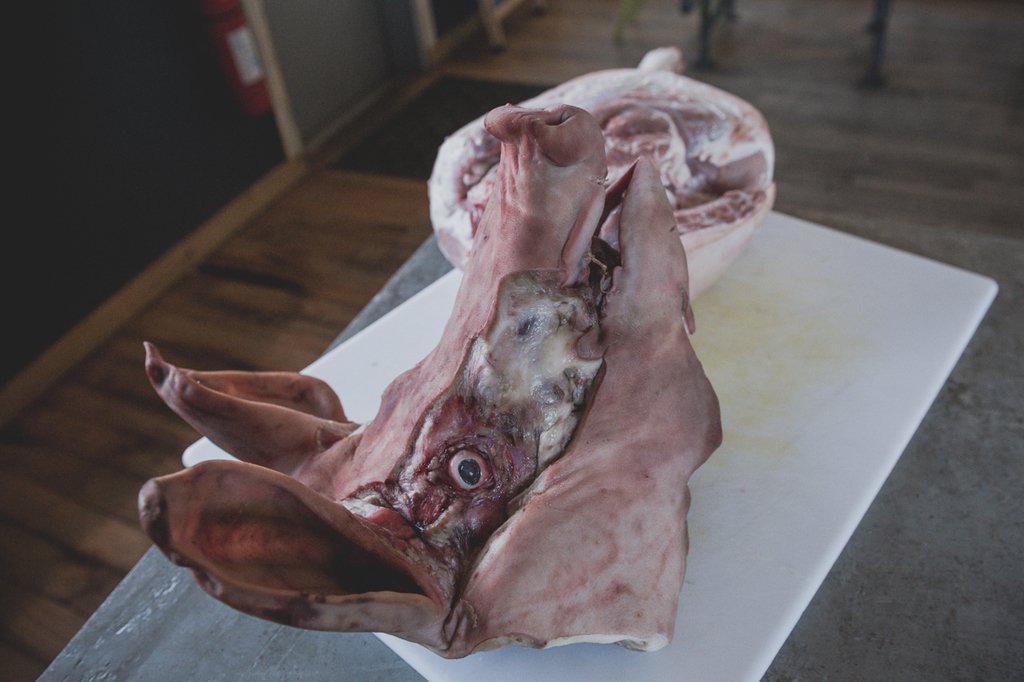 Lasiy knows that digging a fork into a pig’s eye crevice is not for everyone. He acknowledges that consumers have the right to make their own decisions for eating certain ways and living their own lifestyle. But he will happily engage in dialogue with skeptics. Most importantly, he recognizes the power his restaurant holds—and he understands the risks of sticking to his guns.

“This menu demands a lot of explaining to customers,” he said.

And that’s just the point.