Tom’s Home Cookin’ Building For Sale, No Plans to Close

It’s business as usual this afternoon at Tom’s Home Cookin’, despite the reports that the Denver soul food staple will sell its building in Five Points. And while the rumors are true that the 800 E. 26th location is up for sale for $585,000, the owners aren’t readying themselves for a closure:

“Oh, no” said Unterwagner in response for comment about a potential closure. “I got to go back to work somewhere.” 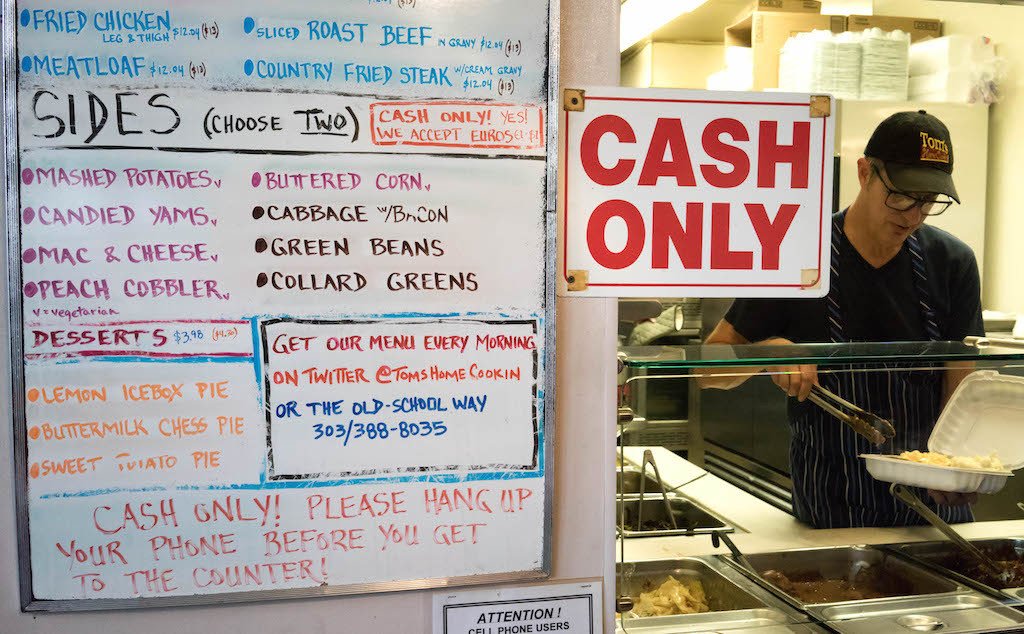 Unterwagner wouldn’t confirm where and if the restaurant plans to relocate but according to reports by the Denver Post, Unterwagner and his partner Steve Jankousky are mainly looking to see how much property values have risen in the area.

“We’re really just kicking the tires,” said Jankousky to the Denver Post. “We’ve seen a lot of development in Five Points and are really just curious what the property might bring.”

So for fans of fried catfish, mash potatoes and peach cobbler, your taste of the south is secure—for now.