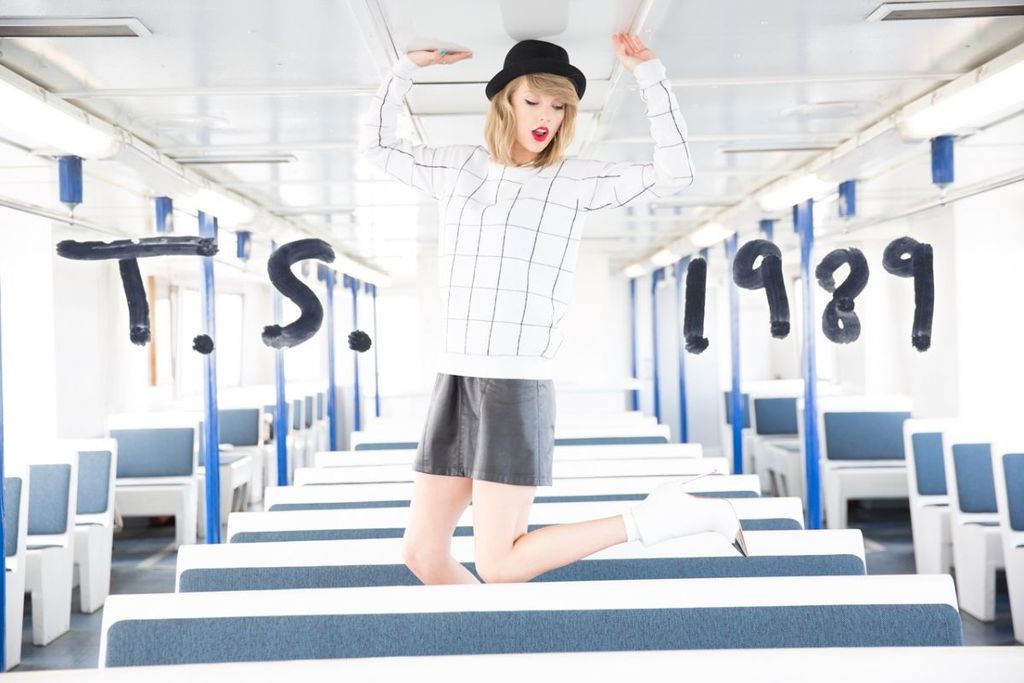 Since the VMAs premiered on Sunday, you’ve probably watched Taylor Swift’s new music video for “Wildest Dreams” about fifty times, and then quickly followed with the rest of her record-breaking 1989 music videos for good measure. Because…why not? Each catchy song is just as epic as the other and deep down you know at least one song resonates somewhere in your soul.

That’s the beauty of Taylor Swift: She makes you feel like she’s one of us, even with her squad of model friends and multi-million dollar record sales. Like some, I was anti-Taylor prior to the release of her turn to pop music. Even SNL poked fun at this change in opinion as many found themselves loving this new song by this unknown artist that turned out to be none other than Taylor Swift. It was surprising at first but after the hit “Shake It Off,” most of us unwillingly found ourselves not changing the song once it came on. We maybe even enjoyed it. Or played it again.

Over the last year she has continued to dominate the Instagram and Youtube world with one after another video of her most recent single, incorporating costumes for each beautiful story. You can call them #squadclothes but no matter your music preference or style of dress, there’s no denying that Taylor Swift knows what she’s doing. Below are the five music videos from 1989 and the style that makes each and every one of them a work of art.

This was the first of many videos to come. Different costumes and dance is throughout including ballet, hip-hop, cheerleading and one that closely resembles a Gap commercial. We love the simplicity of every look as Taylor tries to dance in each. The song itself is all kinds of catchy and the choreography of the extras combined with each style was fun, encompassing everything from high-waisted shorts to futuristic Lady Gaga fashion.

Crazy, beautiful Taylor at her best, we’ve never before wanted to be the character in a music video so badly just for the clothes. Taylor’s variety of chic, figure-fitting pieces are only balanced out by the amazing set in which it is filmed. Watching her run, scream and throw things in beautiful gowns brings something out in a person and shows just how amazing you can look in anything from beads to lace headbands. This video had all of it and more.

“Cause darling I’m a nightmare dressed like a daydream.”

The romantic imagery and flowy fabrics brought a new light to the breakup story. We wanted every dress and every beach or forest frolick. The costume design is a mix of Taylor’s own style but with a twist, and we’re still searching the interwebs for similar pieces to add to our closets.

“You’ve got that long hair slick back, white t-shirt /
And I got that good girl faith and a tight little skirt.”

Kicking ass and taking over the internet, this music video probably had the most hype as it includes the addition of 4,304,393 beautiful celebrities, even including Cindy Crawford. The tight leather getup and slicked back hair gives us the feel of “Divergent,” with a little more sex appeal. You can’t go wrong with figure fitting attire when prompting a revenge, walking-away-from-explosions video.

That yellow dress. That scenery. That Scott Eastwood. Not only is the song magical but the style is a mix of both “Pearl Harbor” and “Australia.” The 1940s meets woman in equestrian pants. We feel like we’re watching the movie as the sequence of style unfolds in front of us. Add a mix of cat eye sunglasses, scarf head wraps and a romantic story line, and we’re officially obsessed.

“Say you’ll remember me standing in a nice dress, staring at the sunset babe.”