Vanessa Barcus, owner of Goldyn boutique in the Highlands, along with Laura Krudener, of Among the Colors, are attending New York Fashion Week. Vanessa and Laura are exclusively reviewing NYFW for 303 Magazine.
Read day 2 of their experience at NYWF Spring 2016 below.

Read day on of NYWF.

Yesterday we had back-to-back fashion shows, in true New York Fashion Week form. The air was electric with the threat of rain and the continuous clicks of paparazzi cameras trying to catch a glimpse of the stylish show-goers and bloggers.

Our first show was Tibi, followed immediately by Mara Hoffman. It was definitely a fun hustle to join the madness of people scurrying from one show to the next. Post shows, we took retreat at The Standard Grill and the ever-cool cocktail lounge at the Jane Hotel, awaiting the Collina Strada show soon to follow at Milk Studios. 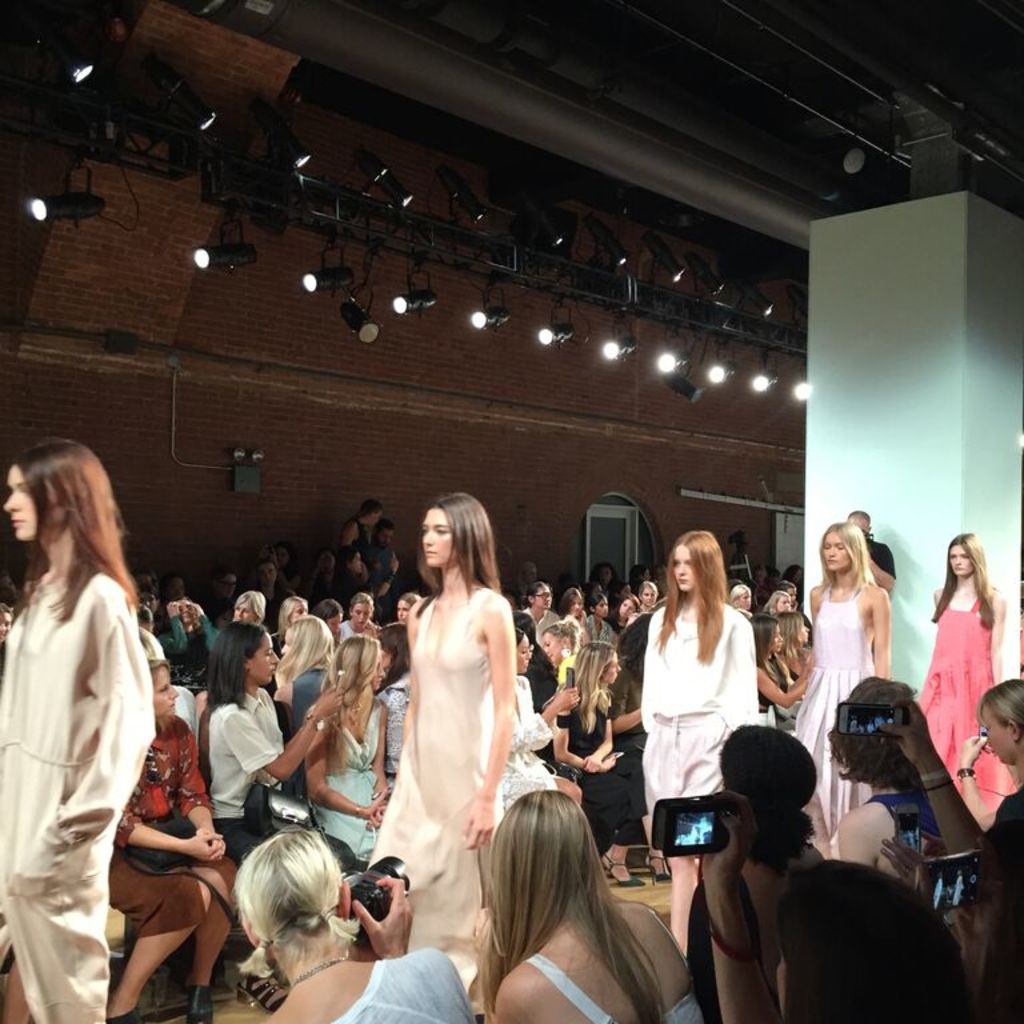 Yesterday’s shows were a continuous flow of good vibes… First up, Tibi brought a beautiful, very wearable collection of flowing silks and linens in nudes and washed out tones that slowly progressed into more saturated, sherbet hues. An optimistic viewpoint for the future was noted in the designer’s statement, which was definitely reflected in the lightweight, transcendent designs. 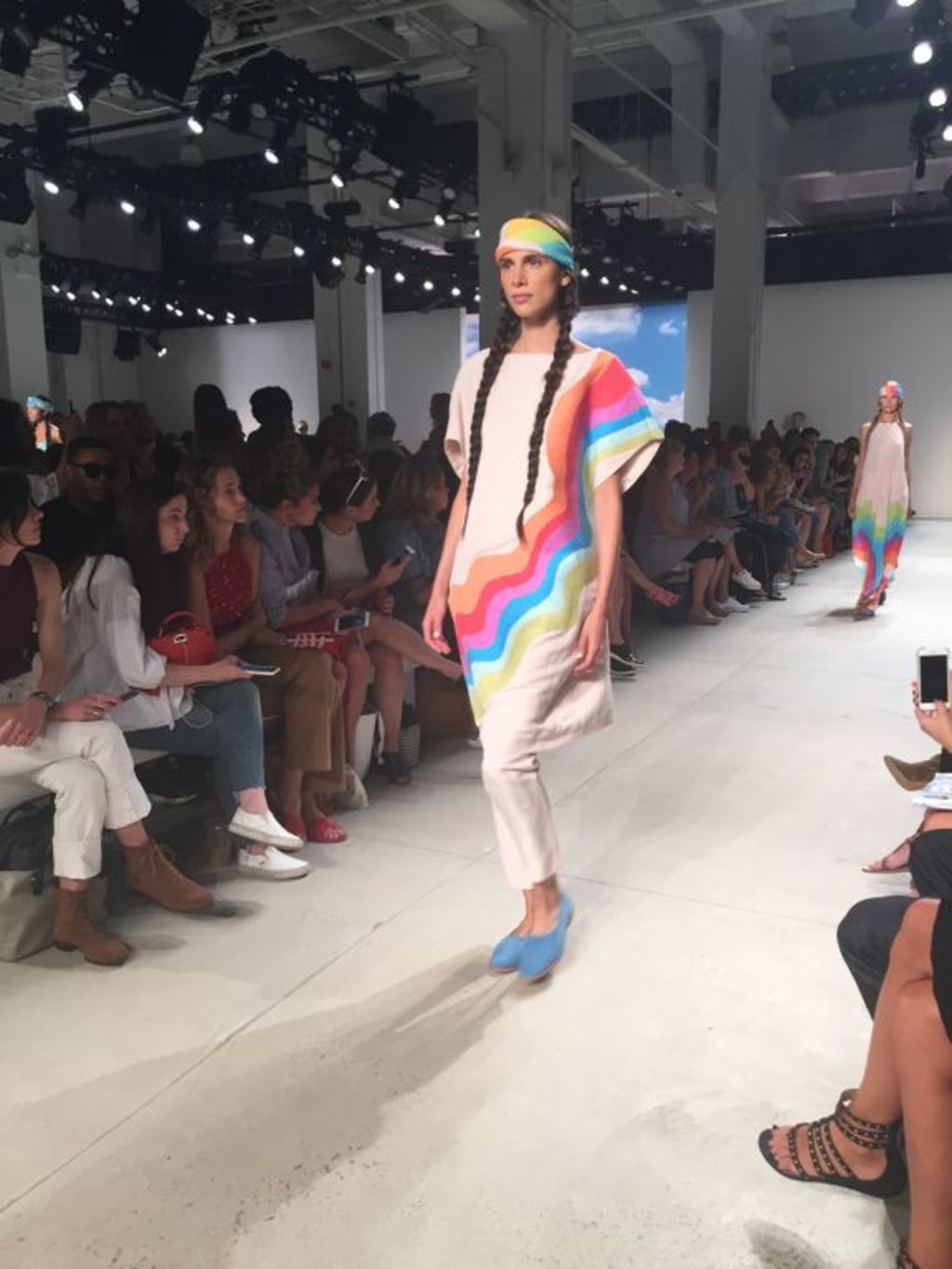 Mara Hoffman’s spring collection felt like a refreshing evolution for the line. Walking in, one was greeted by a wheat field and blue sky backdrop, which immediately brought me home. [Quite overt] direct references to Willie Nelson, with his music playing along with covers from Janis Joplin and others, helped set the scene. It was an incredibly fun, upbeat vibe that only continued the positive mood from earlier in the day.

After drinks and a bite from The Standard Grill and the bar at the Jane (my personal favorite spot on the West Side), we made our way to Milk Studios for the Made fashion shows, aka the spotlight for younger, up-and-coming designers.

Goldyn designer Collina Strada’s presentation was set amidst a backdrop straight off of planet Mars, with atmospheric music to suit. The collection was pure Collina.

Designer Hillary Taymour’s signature minimalist aesthetic set in leather and sheer organza, with an updated color palette that perfectly suited the mood of the season – that being nudes and muted, natural tones. Other-worldy to say the least. 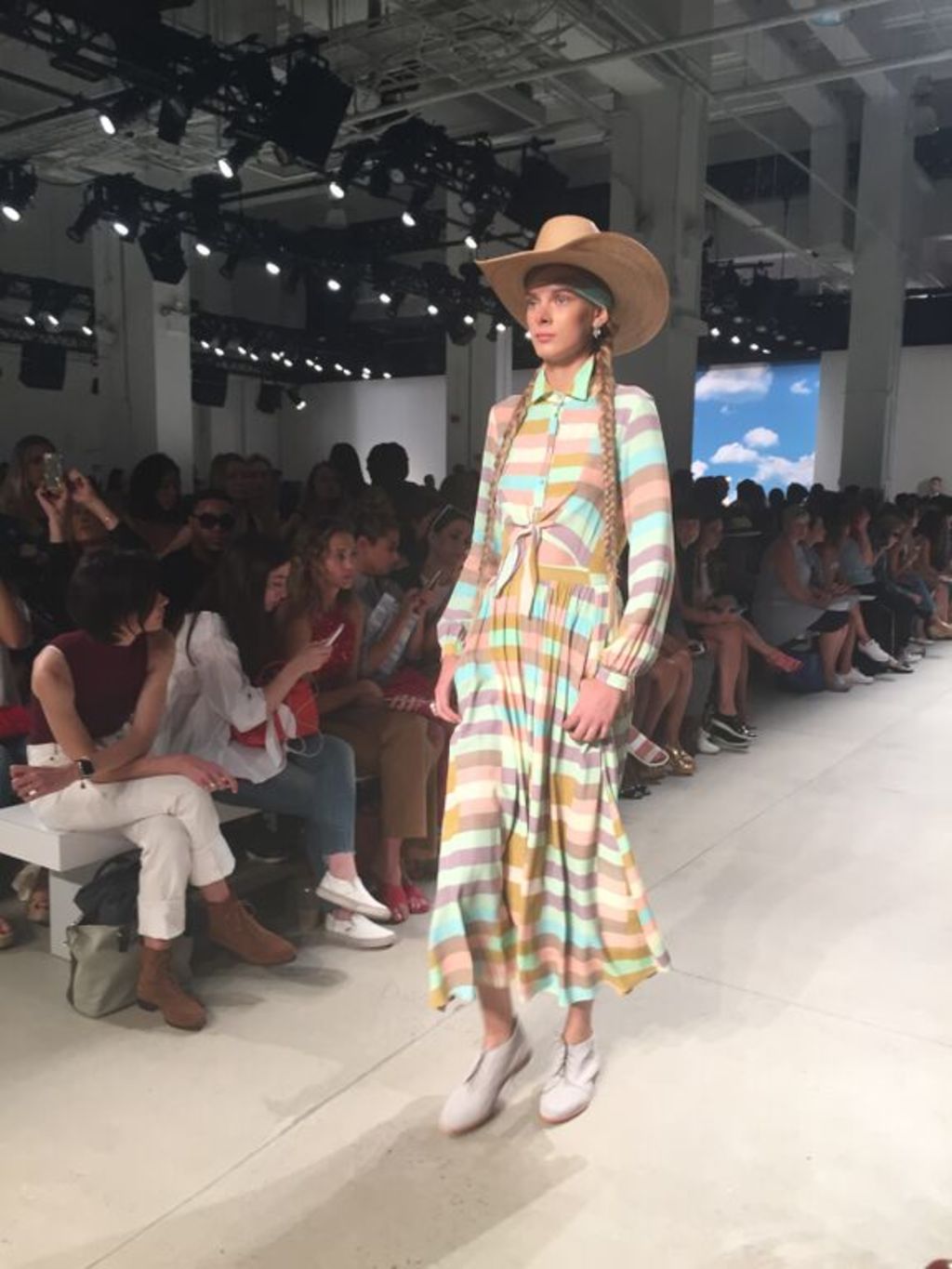 LAURA KRUDENER, AMONG THE COLORS

The Tibi show contemplated our relationship to the future through sheer and flowy silhouettes, muted palettes and a dash of sequin sparkle. I was intrigued by the use of off the shoulder sleeves as well as Bermuda-length shorts. The pale pink sequin jumpsuit was my favorite. Such an ethereal and perfectly minimalist show.

Mara Hoffman started out with Willie Nelson tunes playing as the crowd strolled in, setting the tune for a laid back atmosphere. I was so pleased to see the “Willie Nelson” theme continue into the show with tunes blazing, and braids hanging well to the waistline.

My favorite prints were the abstracted peonies pattern and the clouds prints. Take me to your cloud, please. The flowy-themed silhouettes and muted palettes continued from Tibi to Mara Hoffman, as well as Collina Strada.

Collina Strada presented at Milk Studios an other-worldly collection of sheer dresses and flared leather pants with boxy tops. It was as if the girls had just landed off a meteor, with silk dusted hands in front of a magenta florescent rock. We finished the evening with martinis at the Gramercy Hotel’s Rose Bar. A refreshing retreat after an inspired day. 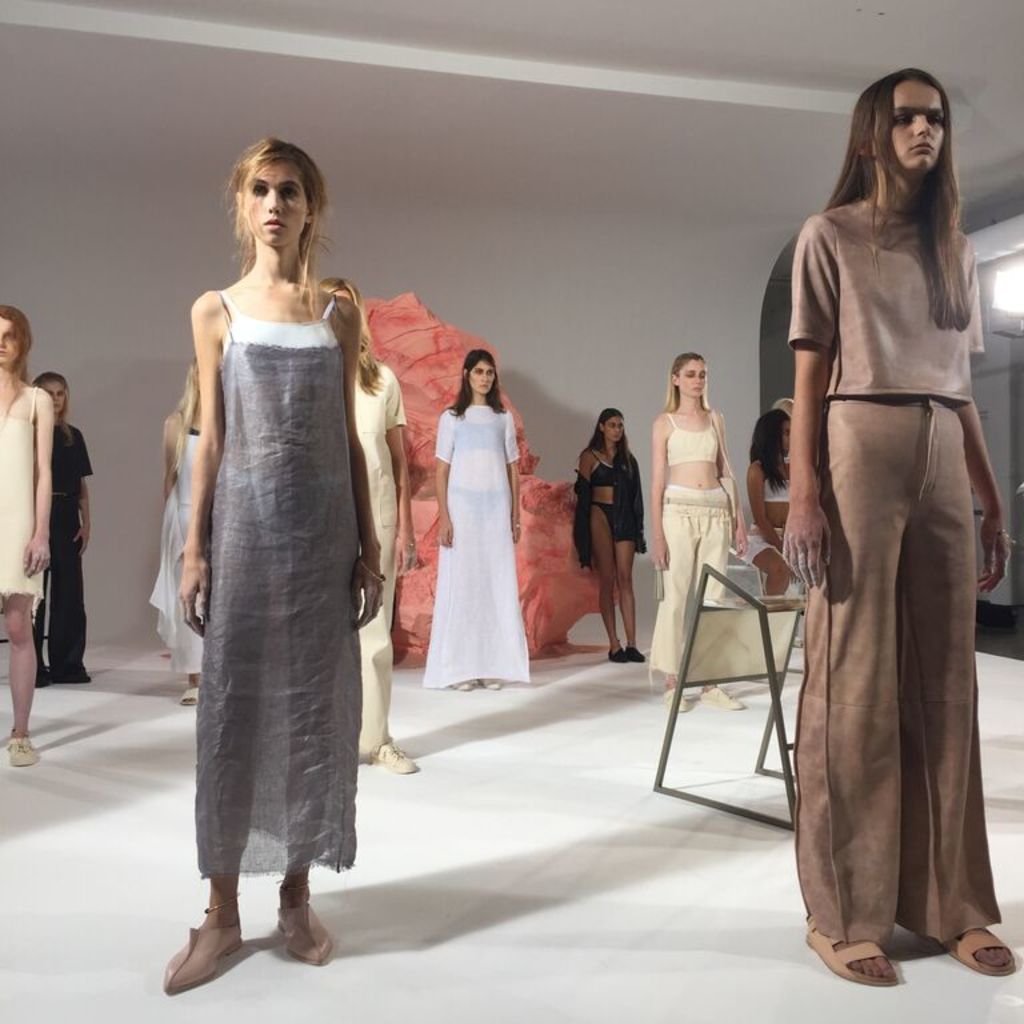