303 Magazine Brings Legendary DJ to Denver for a Halloween Party!

October 28, get your Halloween pre-festivities going with 303 Magazine and The Brown Elvis. We are bringing the people of Denver one of the most legendary Dj / Producer  acts in the world. All around the world, a new generation of dance-music fiends are learning what we at 303 Magazine already know, that there is nothing quite like this DJ’s unique set.

Before we reveal this mystery DJ, 303 is giving away 10 pairs of tickets to those who can guess which act is coming to Denver. Just comment on the Facebook post with your best guess.

Here are some hints for those of you who know your music: 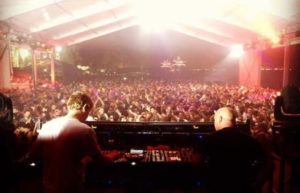 It seems there is nothing this talent DJ/producer cannot do. Join him (and us) on October 28th for a very special night.

Don’t forget to comment with your guess to enter to win a FREE ticket to see this legendary DJ!
(10 lucky winners will be chosen randomly by the 303 Magazine team and will be announced Monday, September 14, 2:00pm)