“The True Cost” is an Eye-Opening Look Into Fast Fashion

Fashion’s true colors are revealed in “The True Cost,” a documentary released in May that takes a deeper look into the fast fashion industry and how the materials, people and environment are impacted. The documentary came out at the end of May on Amazon and iTunes, and was released on Netflix this month.

The average fast fashion retailer will produce 50-100 micro-seasons each year, essentially bringing in new merchandise each week to keep consumers interested. Forever 21, H&M and Zara are three of the largest fast fashion retailers that offer trendy, off-the-runway clothing at affordable prices. Because of this, most of their manufacturing is outsourced to keep prices low. In the last 50 years alone, America went from domestically producing 95 percent of their clothing to now only producing three percent of their clothing domestically. 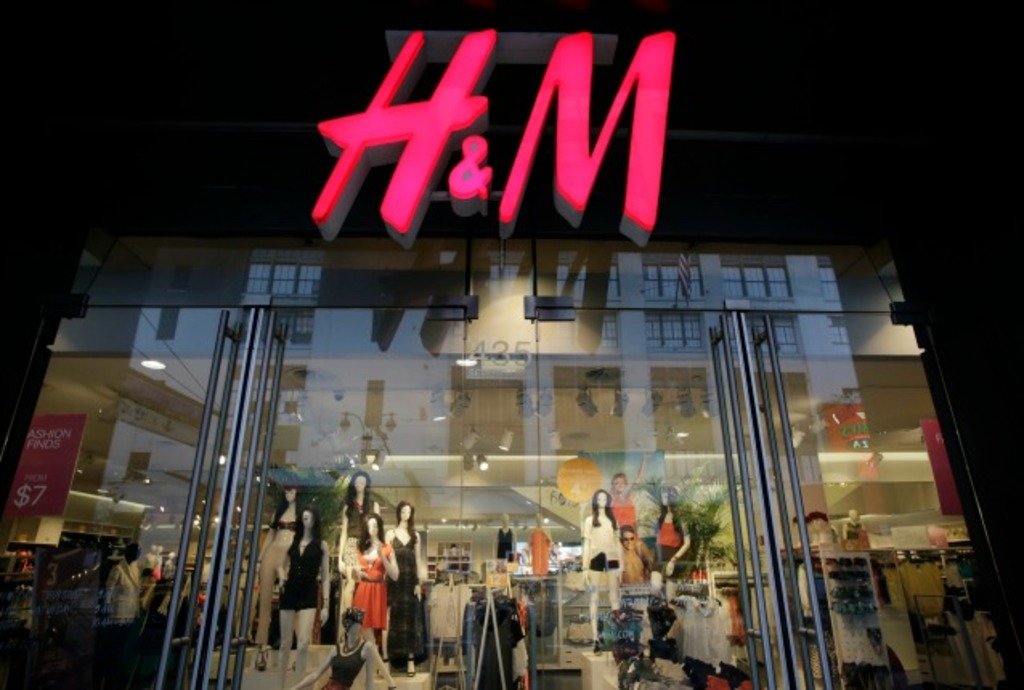 Outside an H&M store (Photo courtesy of thinkprogress.org)

The documentary is directed by Andrew Morgan, who was inspired by a photograph on the cover of a newspaper depicting the factory collapse in Bangladesh that left nearly 1,000 dead. The factory in Dhaka was just one of the many factories in third world countries making clothing for major western brands.

Like Morgan, many Americans are unaware of where their clothing comes from and what conditions are like behind the label. Fashion is the most labor dependent industry, with about 40 million garment workers worldwide.

Garment workers make less than $3 a day and work in hazardous factory conditions, with the majority of the workers being women. Factory owners cut corners in order to save overhead cost, but not at the expense of their employees’ lives. Workers’ unions try to negotiate better working conditions and pay, but their requests are rejected, and the workers brutally beaten for insubordination. This testimonial came from a garment worker, also the president of her factory’s union in Bangladesh, who presented a list of requests to the management on behalf of the union. 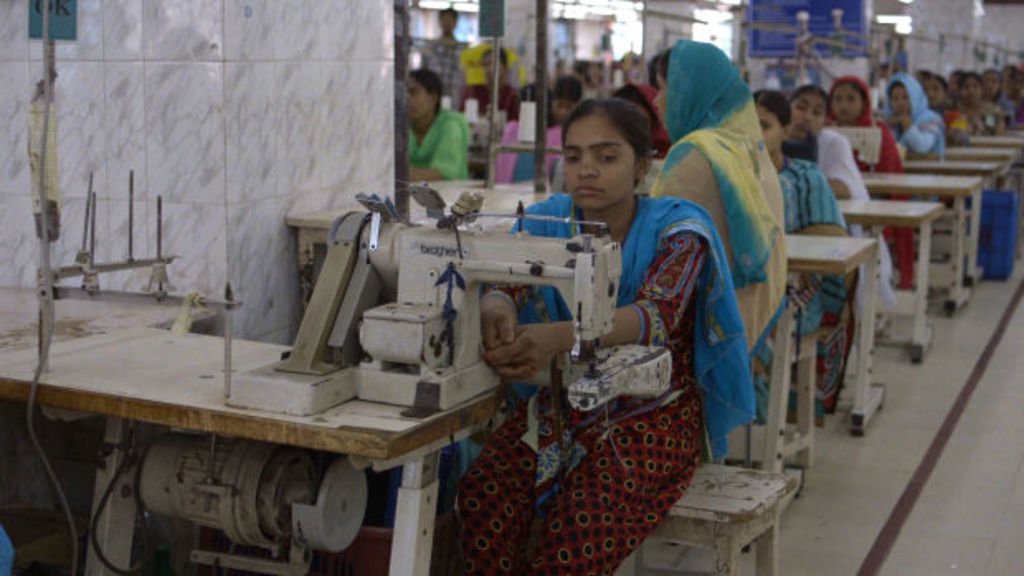 A women working in a garment factory in Bangladesh (Photo courtesy of fashionista.com).

The film displays how fashion is the second leading producer of pollution, being second only to oil. The factory runoff is horrendous, causing chemicals to seep into the drinking water and groundwater in the villages surrounding the factories. These chemicals have caused birth defects in the residents, physically and mentally handicapping them. Others have suffered from topical skin diseases, including jaundice, and the formation of cysts and boils on their skin.

It’s not only in third world countries where fast fashion has a lasting impact – it affects cotton producers in the U.S. The film talks to a cotton farmer in Texas, where now the majority of the cotton is genetically modified, and harmful pesticides are sprayed on the crops. To produce one pound of cotton, farmers apply one-third a pound of pesticides and fertilizers. The interviewee’s husband, at the peak age of 47, was diagnosed with a stage four brain tumor and died at 50. This condition is considered an endemic – it has affected so many men, ages 45-60, to where a specialized brain surgeon now lives locally to operate on the men who have developed tumors due to having dealt directly with the pesticides.

Some designers are choosing the better path, encouraging domestic manufacturing or having a more personal relationship with their overseas manufacturers, working with local workers on a fair trade basis. Companies like Stella McCartney, H&M and Patagonia aim to practice sustainability in the manufacturing of their clothing to produce less waste and so their consumers know where their clothing comes from. These practices help to make the industry more transparent, so consumers are less ambiguous about where and how their clothing is made. 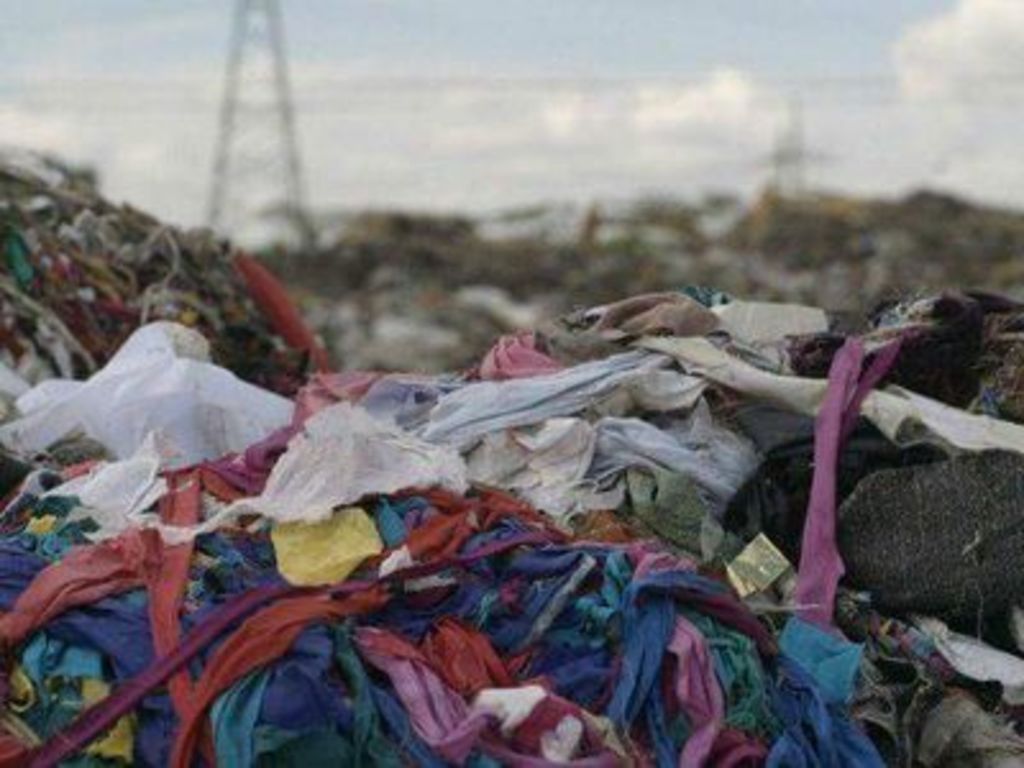 Textile waste decomposing in a landfill in a third world country (Photo courtesy of la.racked.com).

Fast fashion has made us more materialistic and consume more because everything is less expensive, causing us to buy more. It has started a new phenomenon known as consumptionism, where we treat items we’d normally use for a long time as things we use up. Clothing used to be considered something we would keep for a long time, but has now become disposable, where we have to replace it each season. In the U.S., there has been a 500 percent increase in consumption in the last two decades, in part to fast fashion brands taking off. The mentality is that more is better, especially if it can be bought at ridiculously low prices.