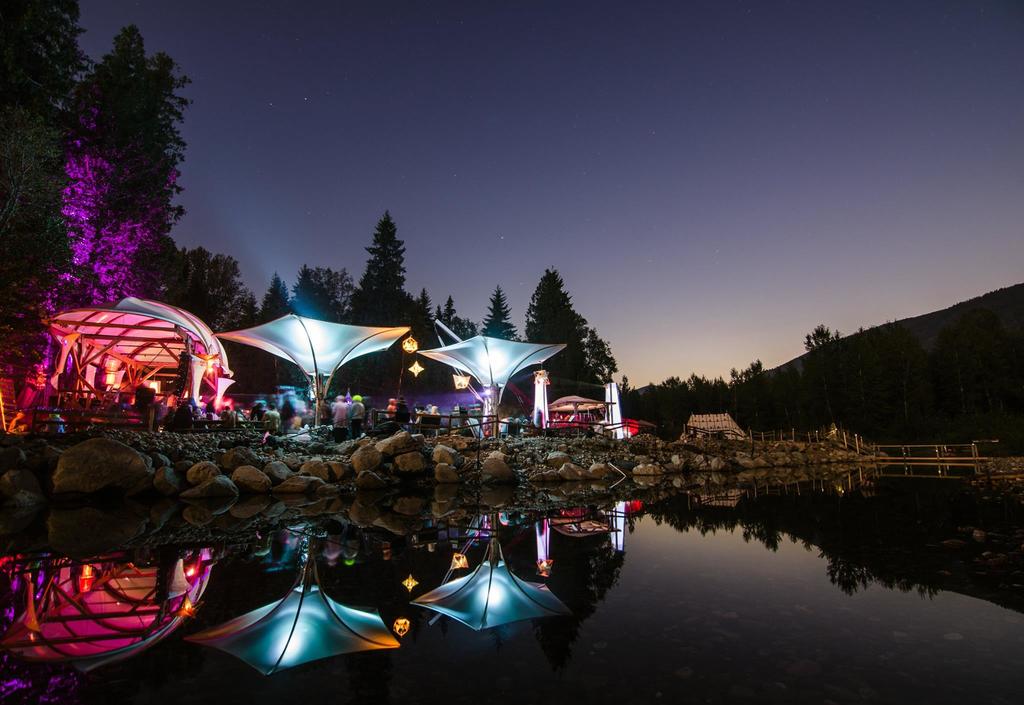 Shambhala – A Forest Festival Worth Going North For

Ballsy teenagers throw house parties when their parents are out of town. Keeping the debauchery a secret is generally ideal. Jimmy Bundschuh took a different route. He politely asked his folks for permission. Then again, he’s Canadian. “My parents have got this beautiful property where we have the festival,” says Bundschuh. “At first, I think they liked that I was taking on the entrepreneurial spirit and doing something on my own. People often question my parents, ‘Why did they let this happen?’ People don’t understand it. But my parents meet all the people and they see what goes on. And they like what they see. They’ve grown to like the event. It does really bring people together.” 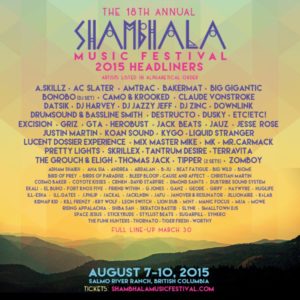 The event in question is Shambhala, a Canadian music festival in its eighteenth year. Skrillex, Pretty Lights, Tipper, Claude VonStroke, Griz, Big Gigantic and Lucent Dossier Experience are among this year’s headliners. Name droppings aside, Shambhala’s venue may be the star attraction. “The property couldn’t be better for a festival. We’re in a mountainous region, but we’re in a valley bottom with the Salmo River going through it. The festival site’s on a 500-acre ranch that’s all flat, which is pretty unique. We’ve got a dedicated field that turns into parking and camping. Obviously, the river is a huge asset. People hang out there all day everyday. One of our stages is right on the riverbank. Location is often the biggest challenge for festivals. We were kind of gifted with a great spot.”

Shambhala patrons may get wet in the Salmo River, but their livers don’t get soaked in booze. The party with the river running through it is technically a dry festival. Alcohol isn’t permitted or served on the premises. Unsurprisingly, other kinds of mind-altering substances flourish. Fortunately, Shambhala is more than adequately prepared. “We test pills, and identify the nasty ones on a board. So we’re really trying to educate people about what they’re putting in their bodies. We’re preventing a lot of people from harming themselves, which means we have less security and medical issues. We’re also able to identify really bad stuff and turn it into a security matter–find the stuff and get it out of the festival. By having that feedback loop, where harm reduction’s working with both medical and security, we’re able to share information and use resources wisely. It’s better for the guests and it’s better for our staff.”

Despite the festival’s best efforts at harm reduction, bad trips still happen. But there’s never been a better place to have one. “We have a psy-crisis sanctuary for people who aren’t quite a security or medical matter, but they need compassion and a quiet place to calm down and rest while being monitored. There are nurses around. So if something does turn into medical, they would get that attention. Quite often, there’s this middle ground where we don’t want to tie up medical or security staff, but we do want to monitor and take care of people.”

Shambhala takes care of its own. And since Nature made the entire shindig possible in the first place, the festival is taking better care of Her these days too. “We’re completing a waste water plant. So we’re dealing with waste water onsite. We’ve been composting materials. We also got on grid. We’re still gonna have a few generators during peak hours. But we’re cutting our fuel bill down dramatically. We’re basically getting all the infrastructure to deal with most of these things onsite. Before, there was a lot of materials trucked in.”

The eighteenth edition of Shambhala, transpiring August 7-10 at British Columbia’s Salmo River Ranch, is officially sold out. Wish you were there at ShambhalaMusicFestival.com