Fresh off the heels of celebrating its 21st anniversary, Great Divide is set to unveil the first of many changes to both its facilities and lineup of world-class beers. Find out below what’s in store for one of Denver’s most iconic brands in the days and years ahead. 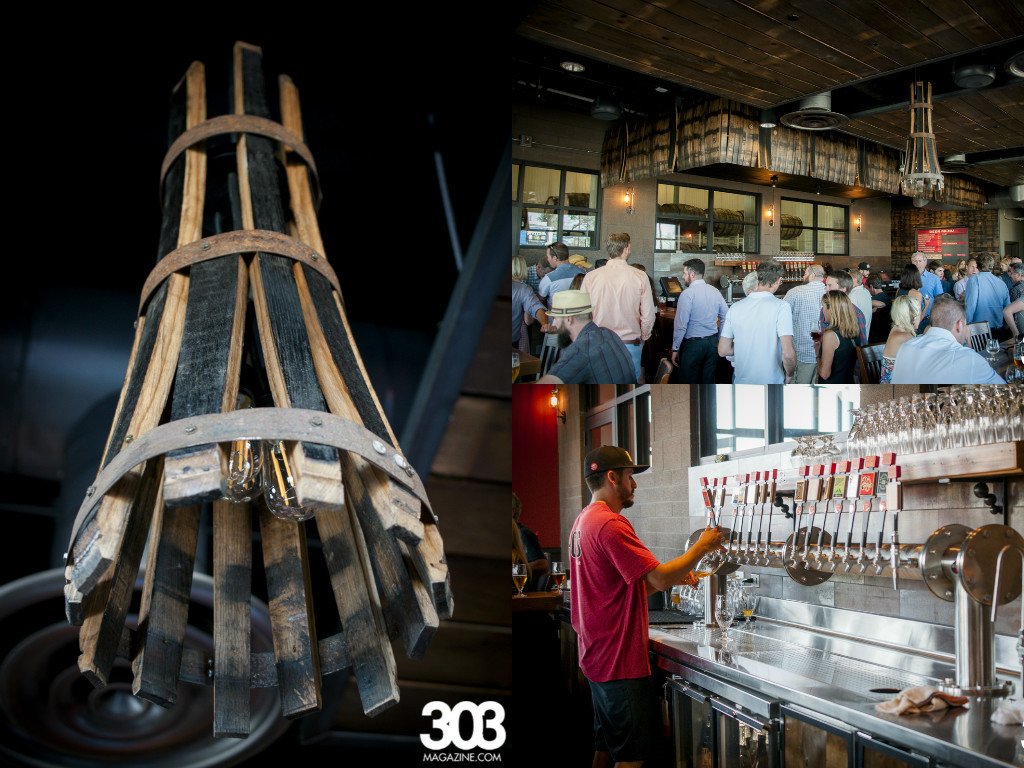 Fans of Great Divide’s current downtown location will feel no less at home at the new Barrel Bar taproom in RiNo. The interior leaves no stone left unturned concerning the ‘barrel’ theme, with every nook and cranny accounted for, from the barrel wood-lined walls, to the stave ensconced light fixtures. The inside of the taproom can accommodate 30-40 patrons, but the patio offers some relief for those looking for a less boisterous atmosphere. Additional barrel-aged and sour offerings will be more of a feature at the Barrel Bar, which is just one part of the first phase of a larger-scale roll out that will include additional packaging, cellaring and warehouse space at this location. 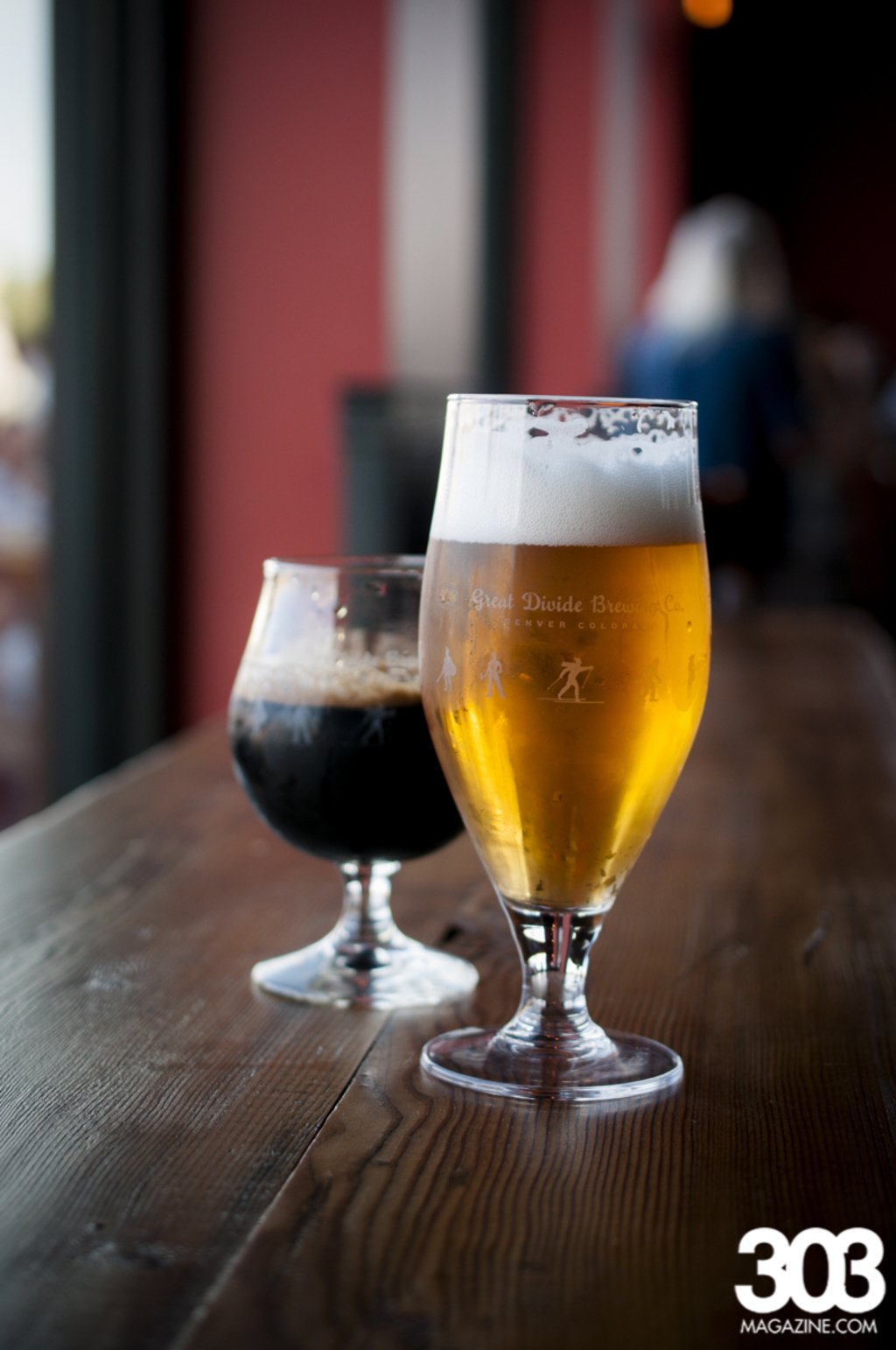 The Barrel Bar will still be serving mainstays like Titan IPA, Hoss Rye Lager, and Collette Farmhouse, but expect some one-off pilot beers to become a part of the regular lineup. Patrons will also have a chance to take home their favorite brews in the relatively new “Crowler”, a can/growler hybrid pioneered by the craft-in-a-can originators at Oskar Blues. The Crowler holds 32 ounces of beer, and unlike the more ubiquitous growler, holds a seal like a regular can, and thus has the ability to be stored longer than the 1-2 day shelf-life of most to-go containers. 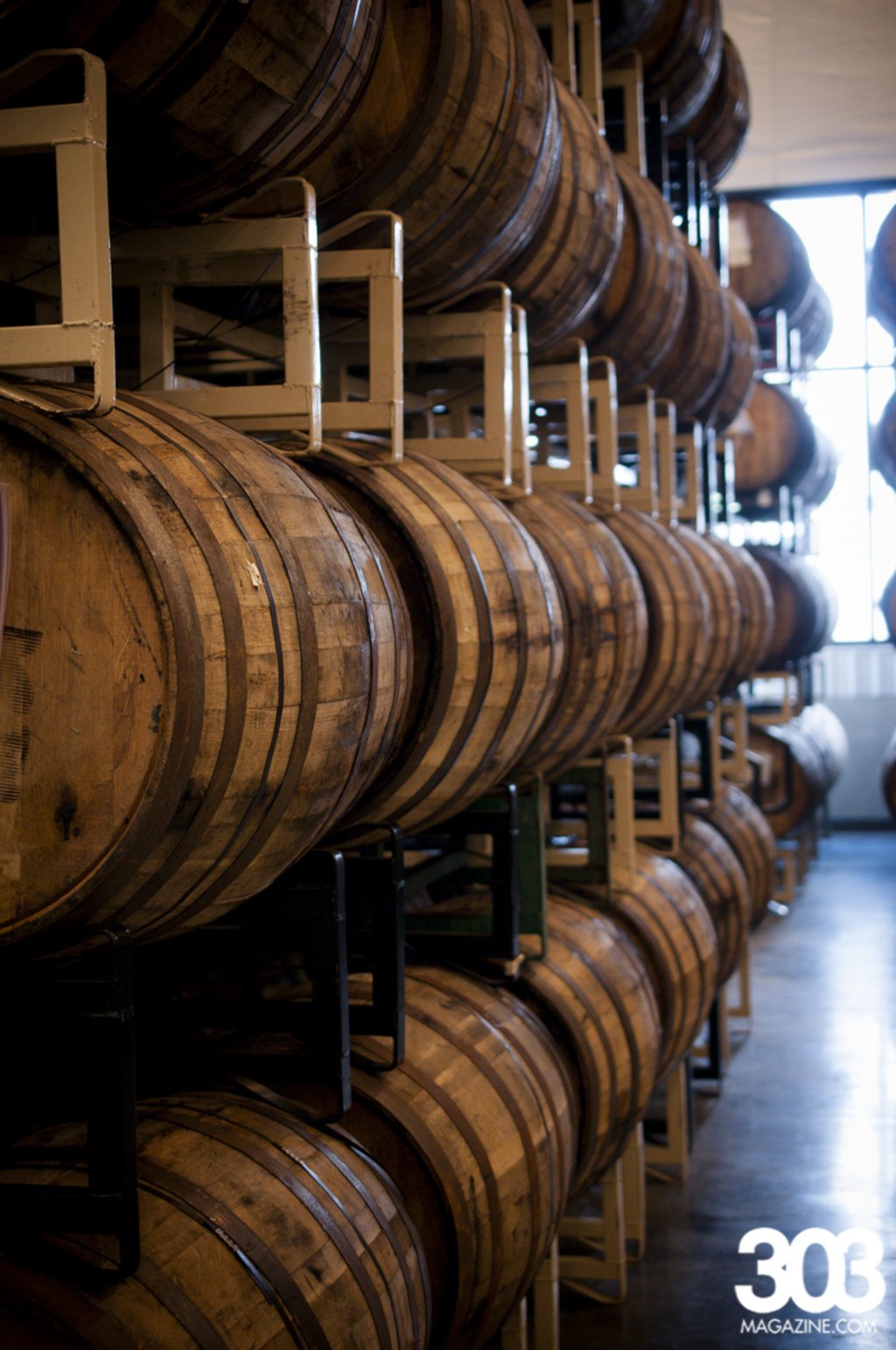 The taproom is only the tip of the iceberg at the new digs, as a brand new canning line has already started churning out the brewery’s first canned beers, with the Whitewater Hoppy Wheat being one of the first in line. Whitewater drinks like a session beer, bright and crisp, with just enough resiny goodness from the hops to add a punch, but has a nice balanced body and comes in at just over 6 percent ABV.

The real advantage of the new space, which is comprised of a 65,000-square-foot facility, is the expanded barrel capacity and room built specifically for sour beers. Head Brewer Ethan Osborne explained that the sour room will be negatively pressurized so that even when brewers enter and exit, no contaminants will be able to enter the room, and more importantly, the wild yeasts and bacterias used to the ferment the beers won’t be able to escape to other areas where non-sour beers are aging and being packaged. Osborne not only anticipates an expansion in the production of sour and barrel-aged brews, but also in the availability of those beers outside of the taproom, saying he expects one to two sours a year being available in bottles.

Great Divide joins a slew of Colorado breweries that have expanded in the past year, from Avery’s new facility in the Boulder area, to Breckenridge’s Farm House restaurant and brewery in Littleton. The question though, is how and whether these breweries can maintain the spirit of their microbrewery roots. When asked about this, Great Divide founder Brian Dunn only smiled and confidently asserted, “hire great people and don’t make it too flashy,” a mantra which has served craft breweries across the nation well, and will hopefully continue as more take a bite out of the still dominant macro-brewery market.