When: Anticipated opening in early August

On any given night, you can find Cafe Max open well into the evening. Usually during weekdays, the serene, candlelit cafe is filled with a small collection of smartly dressed people. They are typically glued to their computer screens, eyes dilated wide and faces lit with an electric-blue glow. It’s often quiet. Only the eclectic beat of a latin jazz song plays while a silent movie is projected on the wall — the worker bees keep to themselves.

This is not to say, though, that Cafe Max isn’t a social place. Rather this design-forward, food-centric haunt is more restaurant than cafe — it even landed a spot as one of 5280’s Best New Restaurants in 2014. During waking hours,  the Cafe does boast a lively crowd — ladies who lunch frequent the place. However, in a city with a quickly growing population of young professionals, the space is also assuming a more after hours crowd. Now, as Owner Max Hopewell-Arizmendi explained, more and more guests are seeking a place to drink rather than work:

“We were hearing from most of our guests that they want to drink cocktails in a more social environment and not around the blue glow of computers,” he said.

Because of this, Hopewell-Arizmendi recently obtained a liquor license in hopes of bringing about a more cocktail-centric crowd. But despite this change, Cafe Max isn’t going to abandon its typical patrons. Rather, it’s going to provide something completely unique just for this loyal late-night clientele… 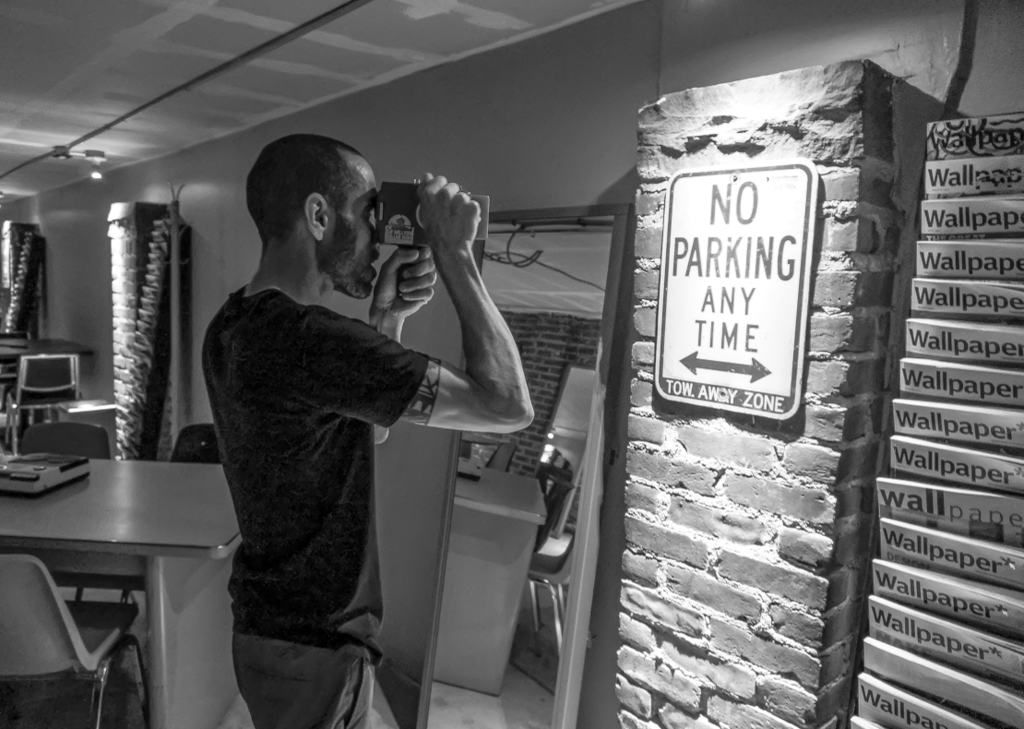 Owner Max Hopewell-Arizmendi demonstrating the use of a children’s toy camera . All photography by Brittany Werges.

The Schulhaus (German for schoolhouse) will be an underground study hall that will open starting at 5 p.m. Here, patrons will be able to bring their laptops to work while imbibing on the new cocktail menu. The goal is to continue to provide a spot for patrons seeking a space to work after hours while allowing the upstairs to assume more of a bar attitude. Currently, the Cafe is unsure if it will serve food downstairs, but it has decidedly agreed that the new cocktail menu will be available. Due to this, Hopewell-Arizmendi anticipates the possibility that the spaces might reverse their purposes, with the Sculhaus becoming the lounge and the upstairs remaining a cafe.

“I am going to let it be very homeopathic,” he explained. “We want to see what the customer wants.”

The cocktail menu will host a range of classics such as Manhattans and Corpse Revivers as well as three Cafe Max original titled The Molly Brown, The Kerouac and The Schuyler Colfax. Currently the Cafe has its liquor license but will not start serving these new drinks until the downstairs is open in order to ensure the staff is properly trained. A wraparound bar is also projected to be added to the upstairs area for a more bar-like atmosphere. 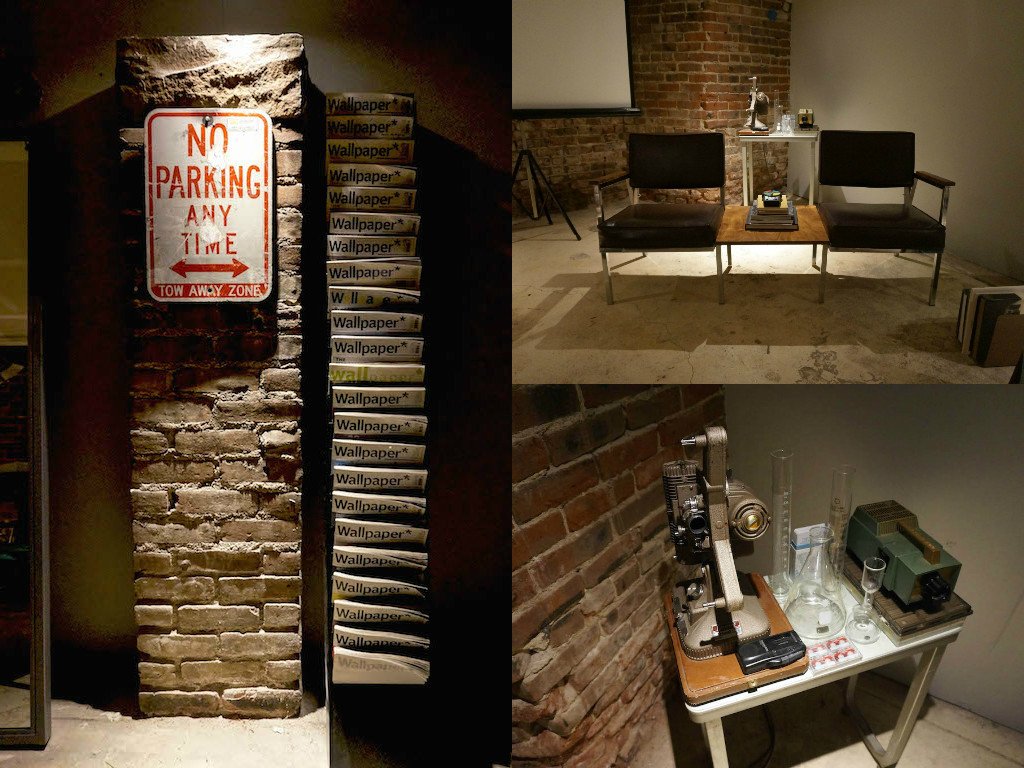 Described as a “vintage 1950s/1960s study hall,” the Schulhaus can be accessed by a secret entrance. Guests will be directed to go through two silvered double doors in the back, then across the kitchen, and lastly down a small staircase – make sure to watch your head, as there is a low hanging beam upon entrance. There you’ll find a windowless, rectangular room denoted by its exposed brick and unfinished ceilings. Mid-century modern furniture dots the room and is topped with kitschy accents such as vintage projectors, glass beakers and children’s toys. Similarly schoolroom items such as chalkboards, metal lockers, and textbooks are also scattered throughout the area. The lighting is dim but it is still comfortably lit except for bright spotlights that illuminate workspaces. Overall the space exudes a stylish yet welcoming and comfortable vibe. Easily, one could spend several hours whittling away at an assignment or, with the right music, shaking your tail feathers until early morning light. And for Hopewell-Arizmendi, change is what they are hoping for:

“[The Cafe] is transforming. It is going to be what we always wanted it to be: a true social place with layers,” he explained.

The Schulhaus is anticipated open to the public starting next month with operating hours starting at 5 p.m. until midnight, Thursdays through Saturdays and 10 p.m., Mondays through Wednesdays. An updated happy hour is also in the works and will likely debut with the opening of the Schulhaus. Until then, computer use will still be allowed at Cafe Max — so come prepared.