Seeing a Denver Bronco squat 400 pounds is nothing shocking, but seeing one in reverse warrior yoga pose?…now that sure was something to see. This past Wednesday the Denver Broncos Crush Club for Women hosted its first ‘Yoga in the Field House’ event for members in the teams’ new indoor facilities. 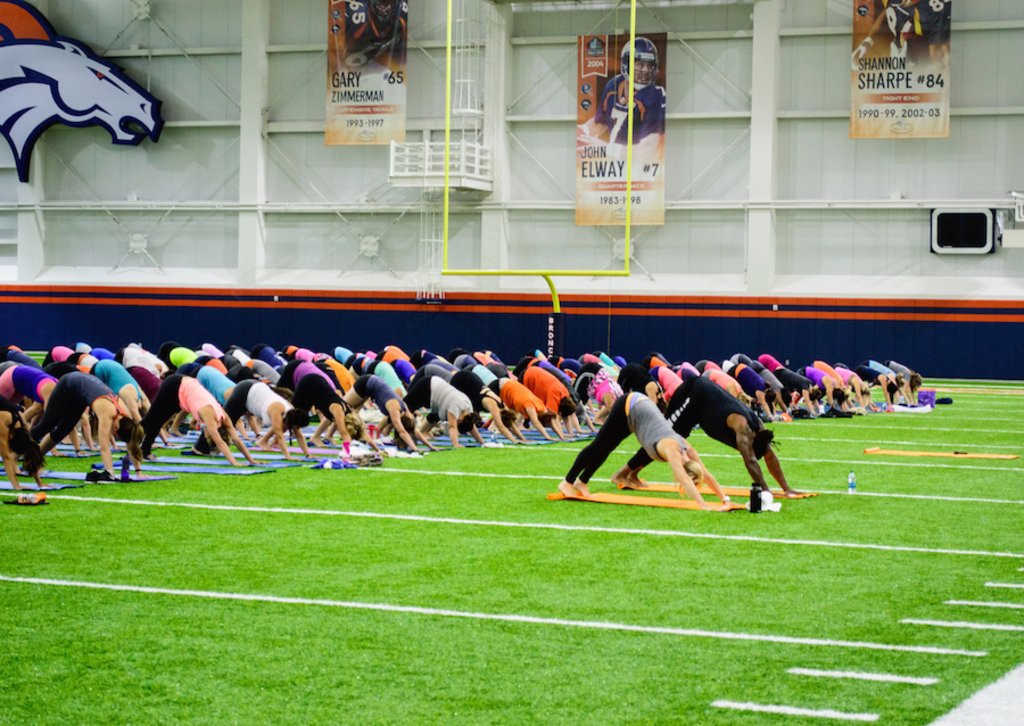 “It was a good way to get my yoga session in” Bruton said. “Continue working on my craft and flexibility as a Bronco, and as an old head — I gotta stay flexible and stay limber to keep up with these young whippersnappers nowadays.” 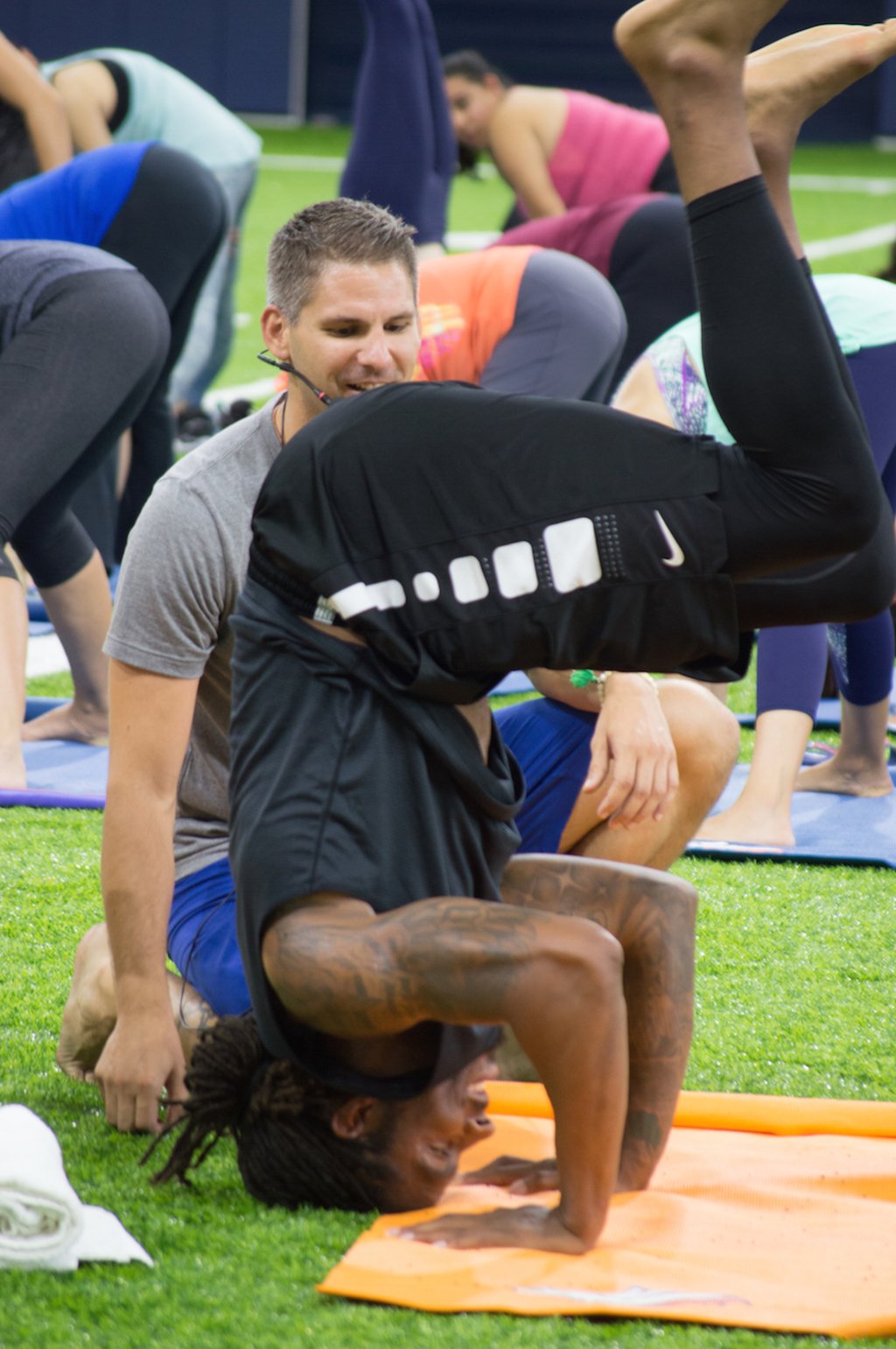 Bruton inverting into a head stand. Photo by Sean Marquantte.

After snapping some pics in the new facilities (this was, after all the first chance the general public had an opportunity to view the new field house), participants met on their Broncos-branded yoga mats to begin. The practice was basic enough not to be intimidating to newcomers but tailored enough to break a sweat.

“It was so great to see the Broncos doing yoga” Crush Club member Tammy Quon said. “As a fellow yoga it was really inspiring to be here. I know the players are really athletic, but yoga takes a lot of flexibility and balance, so seeing them do it is really impressive.”

Bruton and Anunike proved that their athletic skills extend beyond the football field. Both were quite impressive throughout the practice, Bruton even inverted into headstand pose at one point.

But not all of our boys in orange would be as well equipped for this class on the mat.

303 asked Bruton: Which one of your teammates do you think would be the worst at yoga?

“Hmm, I would say Louis Vasquez” he said with a grin. “You know yoga is a lot of core, and his core…well there is a lot of it.” 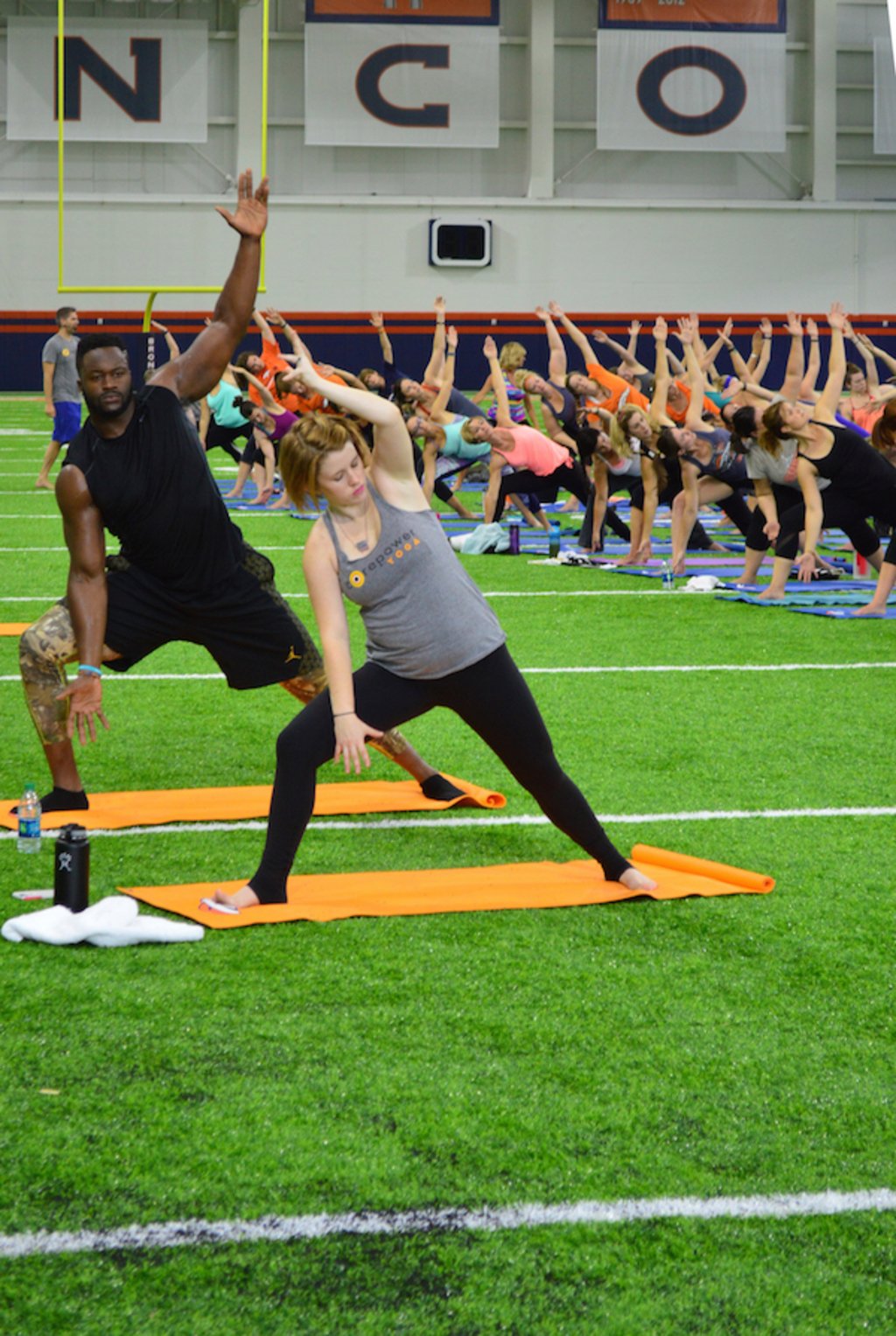