In the summer of 2010, brothers Erik and Shannon Duffy heard their calling to join the “slow meat” movement — to provide good pork for the discerning consumer. Five years later the company they founded to provide this service, Tender Belly, is a household name. “It’s been quite a ride,” said Shannon Duffy. “When we started out, we just wanted to sell good bacon to a few restaurants. It turned into us being a full-line pork purveyor, and now we sell all over the United States.” 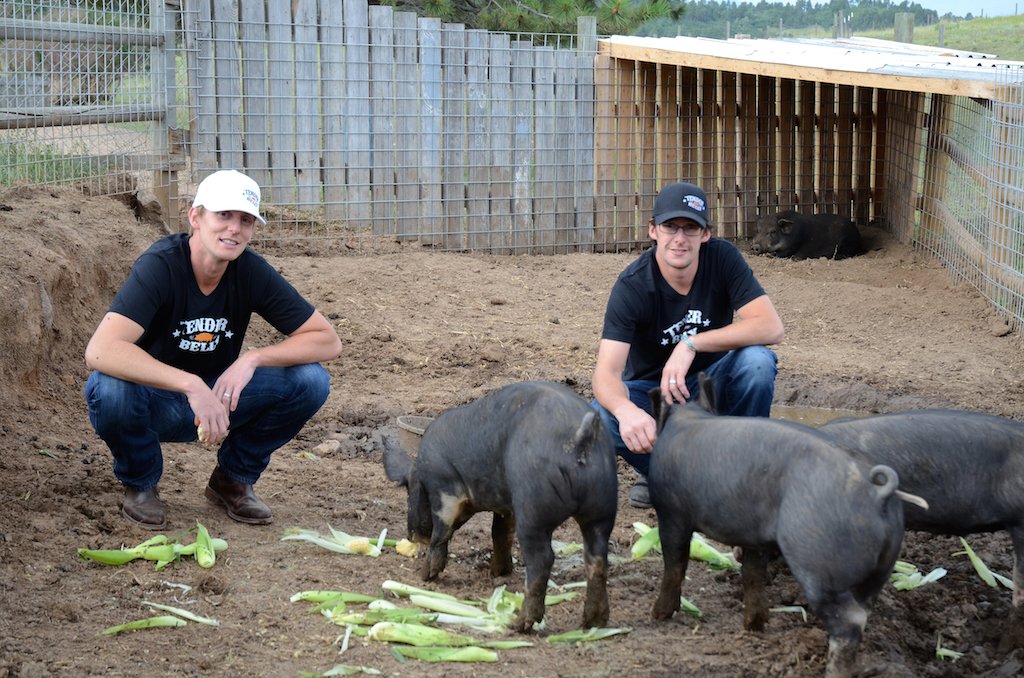 Tender Belly spent its first four years in RiNo but the brothers have since moved farther north to the Elyria-Swansea neighborhood, expanding the facilities and office space to a 10,000 ft. warehouse that can handle the high demand for dependable swine. From the beginning, the Duffy’s one abiding principle was to assure a high-quality product by maintaining high standards, and, according to their website, to this day they only source antibiotic and hormone-free hogs raised on strictly vegetarian diets. Although access to these topflight animals was never a guarantee starting out, the chefs that the Duffy’s reached out to were impressed by the range and superiority of the product the brothers were selling. It wasn’t long before word of the Tender Belly brand spread from kitchen to kitchen throughout the country.

Lon Symensma, award-winning executive chef and owner of ChoLon Modern Asian Bistro is one such supporter, and he continues to praise the Tender Belly team for their customer service and business acumen. “A lot of the main purveyors out here just have a basic commodity pork that has no intramuscular fat — it’s oftentimes very dry. The different types of high quality pork [Tender Belly] has access to just gives us another tier of amazing products to give to our guests,” said Symensma. 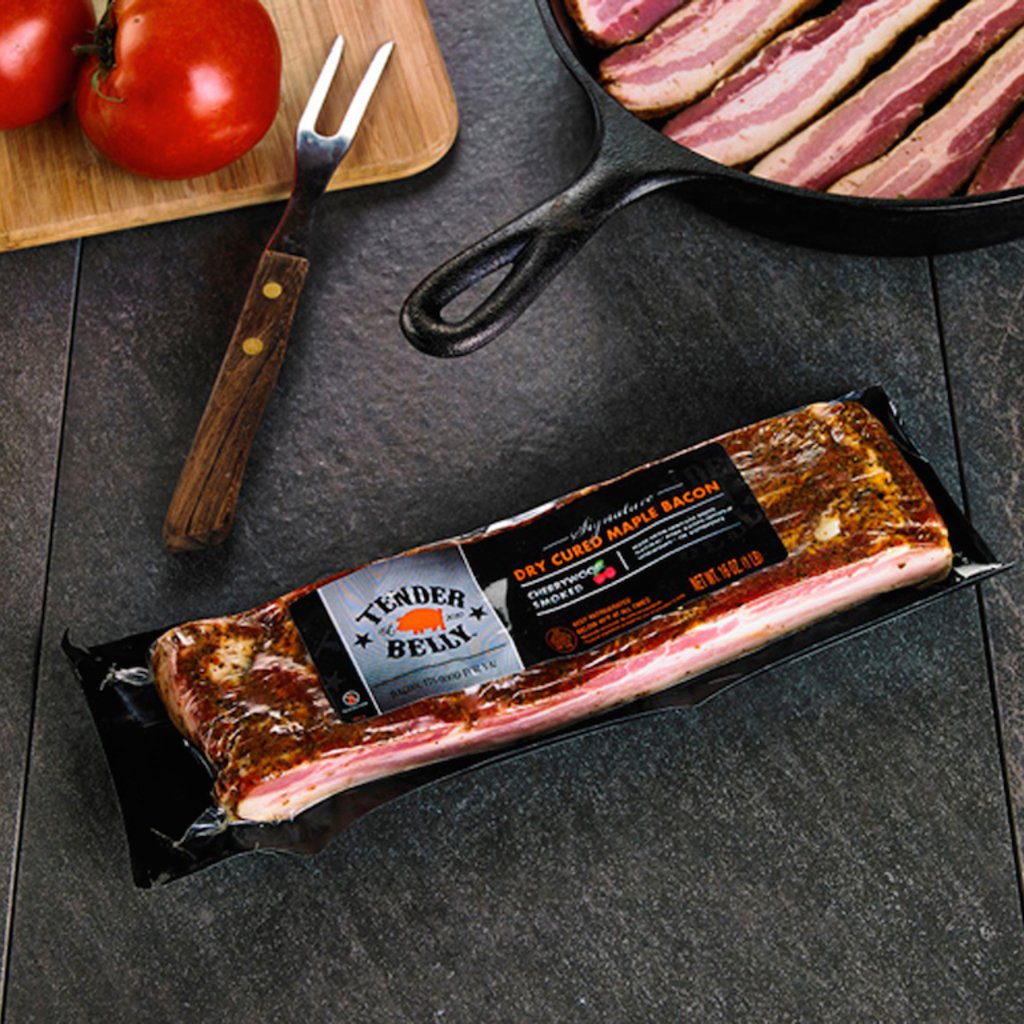 While the fine dining circuit will always be Tender Belly’s bread and butter, Duffy is looking forward to the growth of the commercial side of the business: selling pork directly to the public. “We’re in the process of adding to our retail package products, grooming our full line. We’ve got bacon and franks, but we’re coming out with other sausages and bratwursts, grilling items, and cut pork chops. One of the things we’re most excited about is our jerky line. We’re using some of the same rub recipes as our bacon and it’s hearty, real old school jerky,” said Duffy.

Taking care not to put down other brands, Duffy did make a clear distinction between the new product Tender Belly is rolling out and the softer jerkies one often finds in gas stations and grocery stores. “There are extremes. There’s the stuff ranchers sell on the side of the road in Texas or Colorado, that’s really dried out. It’s fun to eat but you really have to gnaw at it, pull it. Ours is not that dry, but it’s not that soft either. It’s in between. You can’t chew on a dried-out piece of meat for too long in a public setting — people start looking at you weird,” he joked.

Perhaps more than any of their existing products, the jerky will be emblematic of the lifestyle that both Erik and Shannon lead, and which many Coloradans and transplants alike have in common: a love for the outdoors. “We tested it on the mountain — it’s what you want to pull out of your coat pocket after a few runs,” said Duffy. Thus far they have secured distribution for the retail line with a few local grocers — such as Marczyk’s here in Denver and Central Market and Wheatsville Co-op in Texas — and are looking to further expand their market to other mom-and-pop stores once the new products catch on.

All photography courtesy of Tender Belly.