On Saturday, March 21, over 2,000 people flooded the Club Level floor of Sports Authority Field at Mile High to partake in Collaboration Fest. Framed by a picturesque view of the Denver skyline, this second-annual beer festival hosted more than  100 different national and local breweries. Everyone from Stone to Ska converged to create 70 special edition brews that were crafted just for this one perfect afternoon.

This exuberant event, which required breweries to work directly with brands that many industries would consider natural competitors, signifies the strength of camaraderie that exists within this community. During this affair, though, it became clear that breweries haven’t only created a flourishing industry for innovation and collaboration amongst enterprises, but they have also inspired a fellowship between minority groups within the brewing business — and most notably amongst women.

As a part of our continued coverage of Colorado Craft Beer Week, 303 Magazine decided to take this opportunity to converse with three influential women from the local beer scene [not all pictured]. We spoke to them about their experiences with this event, their thoughts on the brewing industry and the stereotypes that they face working in a business many would consider male-dominated. 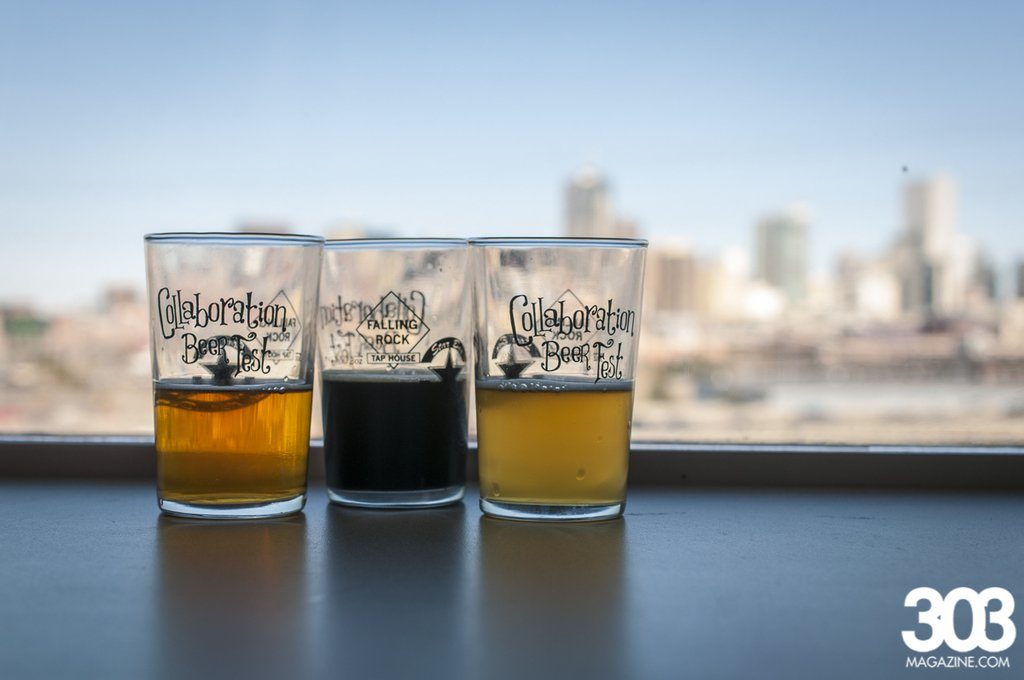 ” [Collaboration Fest] demonstrates that beer can bring a lot of people together but it is rooted here – it is rooted in Colorado. It is what Colorado breweries are bringing to the table… I’m really proud to be a part of that.” –  Sydney Skilken, Events Coordinator/ Taproom Manager at TRVE Brewing

“There were 12 different breweries that participated in our all female collab…and it’s gotten bigger and bigger every time we do it. This is the most participation we’ve ever had. So it’s just been just a great way for us to get together and to have fun.” – Linsey Cornish, Head Brewer at Horse and Dragon Brewing

“It’s really awesome when you get to meet other female brewers. It’s amazing to meet someone like Lauren Salazar who has been in the industry for 17 years and really knows her stuff. “- Jasmin Hudacsek, Editor at Denver Off the Wagon 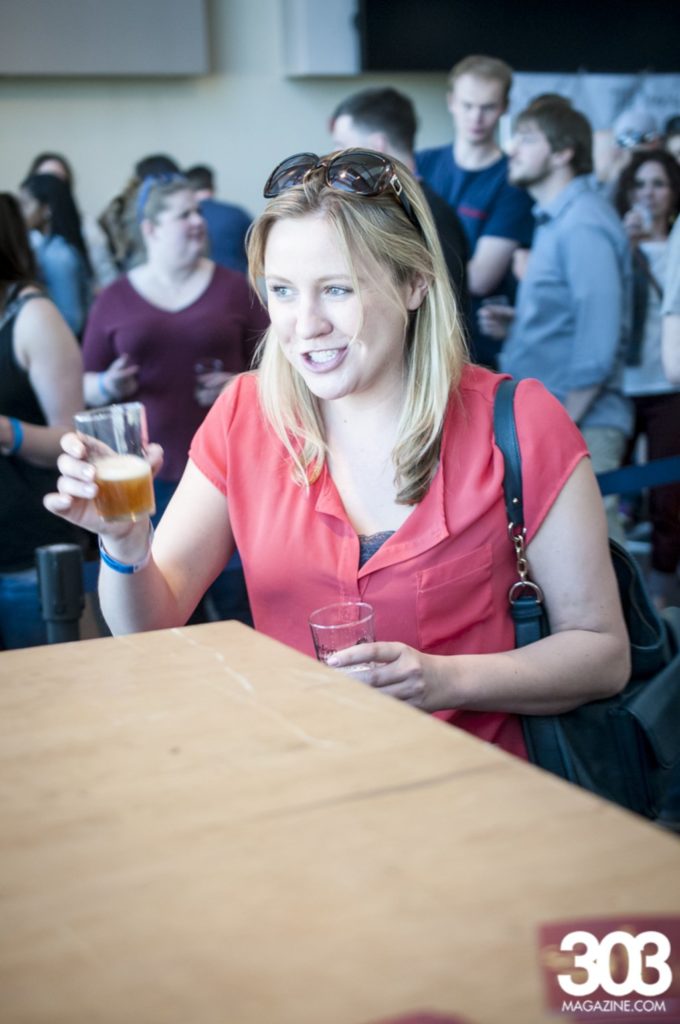 “Sydney [Skilken] was saying to me she gets a lot of questions like ‘Who got you into beer in the first place?’ But in reality [Sydney] loves beer and wanted to find out about it. But it took someone to introduce me to beer. I wasn’t a huge fan of IPAs. I had to have someone say try these three and then I realized how amazing they were. So I try to be that kind of person to others.” – Hudacsek 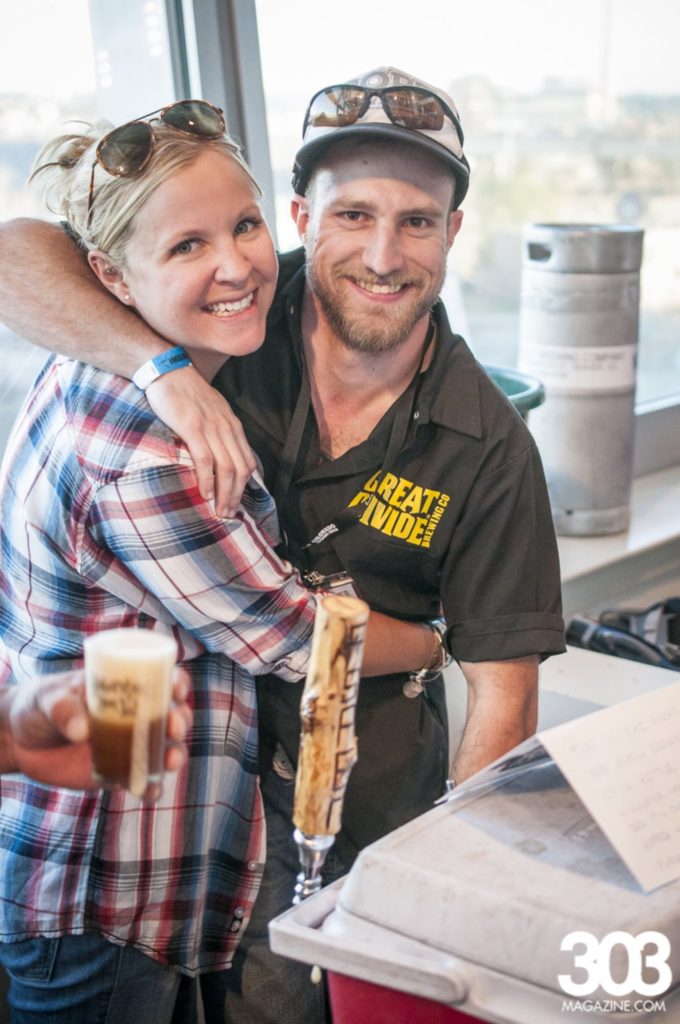 Within the industry, no love loss is felt between male and female co-workers

“The challenges I face are never with my co-workers or my peers within the industry. Nobody is really second guessing anybody, and they know you aren’t going to be there if you don’t have the ability or knowledge.”- Skilken 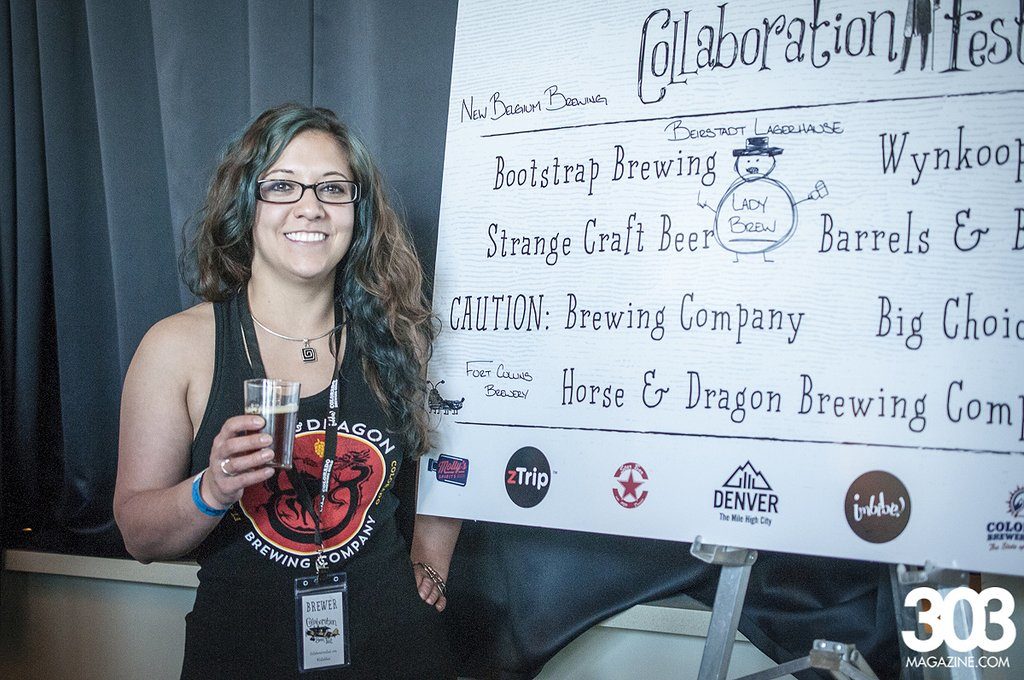 “I would like to be treated like any other brewer. I’m just another person out there making beer and I’m trying to do the best I can and be apart of this fun industry that we work in and not be treated differently because of my sex. And I just want to make sure that everyone across the board – women or men – are being treated the way they should be because of their talent and not because of their sex. True equality!”- Cornish

“Certainly from the other side of the bar (from the consumers), you know there are some archaic stereotypes about what women can and can’t do. I have often been asked if I am the girlfriend of the owner, which is always nice and super offensive. I don’t really give a shit and they are normally wrong so fuck ’em.”- Skilken