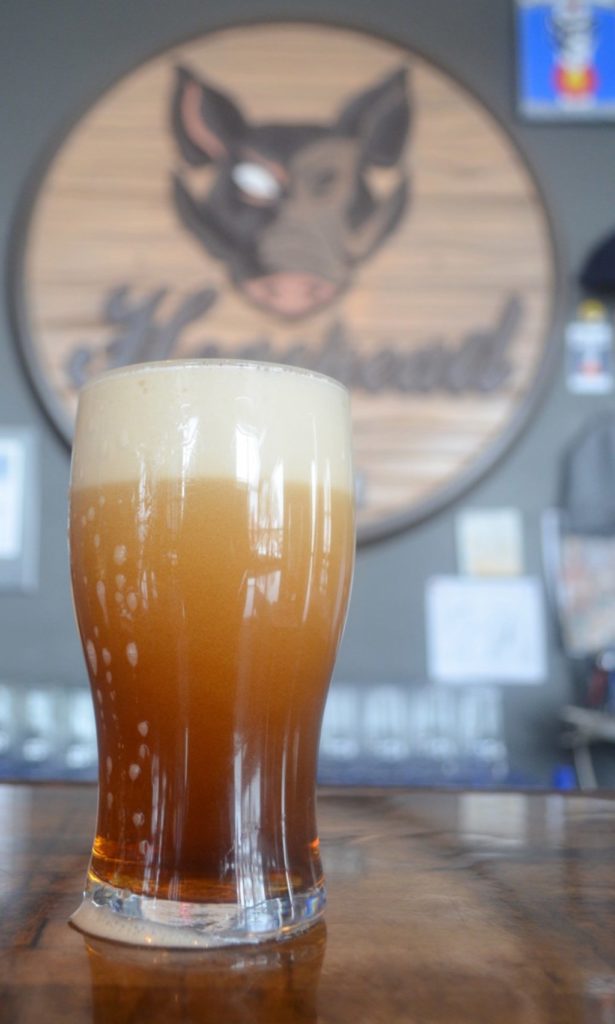 What: The only English cask-conditioning brewery in Denver.

Con: The possibility of a beer oxidizing before you get around to it.

While many of the breweries around town are lovely, few of them feel as homey and pub-like as Hogshead Brewery. Hogshead is located in the Highlands neighborhood of Denver, but once you walk inside it’s more like an episode of Cheers–everyone seems to know everyone else, even when it’s hustling and bustling on a Saturday evening. 303 Magazine sat down with Stephen Kirby — the brewery’s heart and soul, proper Englishman, and owner — about Hogshead’s beer and how to enjoy a proper English bitter.

What is Cask Conditioned Beer

Casks come in a variety of sizes: hogsheads, kilderkins, firkins, or a pins. These hold 54, 18, 9, and 4.5 imperial gallons, respectively. Most of the casks are made from stainless steel, but Kirby
owns a few very special cases that are made of English Oak. “They are horrendously expensive,” Kirby said. “They only come from two places in the United Kingdom and they make your eyes water
every time you buy one.” 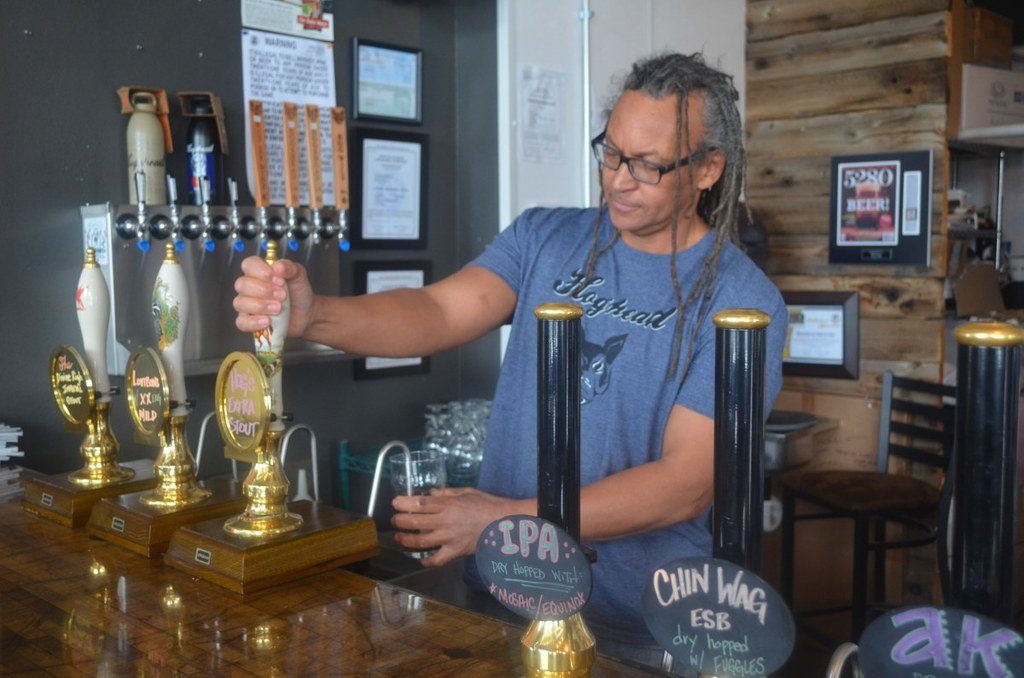 The big difference with cask conditioning is the beer is served in the same vessel it ferments in. Before it moves into the cask, more yeast is added. Then, when it is ready to serve, and
because the yeast creates its own CO2 while in the cask, the beer is pumped from a beer engine. Casked beers also stay indefinitely as well as — or better than — kegged beer until broached.

After a beer is broached (broaching is to casks as tapping is to kegs), it has a relatively short lifespan. About four to seven days depending on the beer. “When it’s broached, the beer is
perfect, but that doesn’t mean it’s as good as it’s going to get,” said Kirby. “Because you have yeast in the beer and you have oxygen coming in, there is a bell curve, a sweet spot, where those
two marry. Then it just goes on to be oxidized.”

This isn’t something that makes sense to a lot of beer drinkers. Kegged beers taste same when the tap starts as when the keg is empty. Kirby explained:

“Let’s say you buy a $200 bottle of wine, and you pop the cork while making dinner,” Kirby said. “Then your date phones and says, ‘I can’t make it to dinner tonight,’ and you are thinking oh fuck. So you have made dinner, and you pour a glass of wine, you drink a glass of wine. And you think I’m gonna wait and save the wine until you get home and cook lunch tomorrow. What you will probably notice with wine, it’s going to drink equally as good if not better the next day. If you wait until Monday, you have a $200 bottle of vinegar. That is cask conditioned beer.”

The Difference Between Kegged Beer and Cask Conditioned Beer 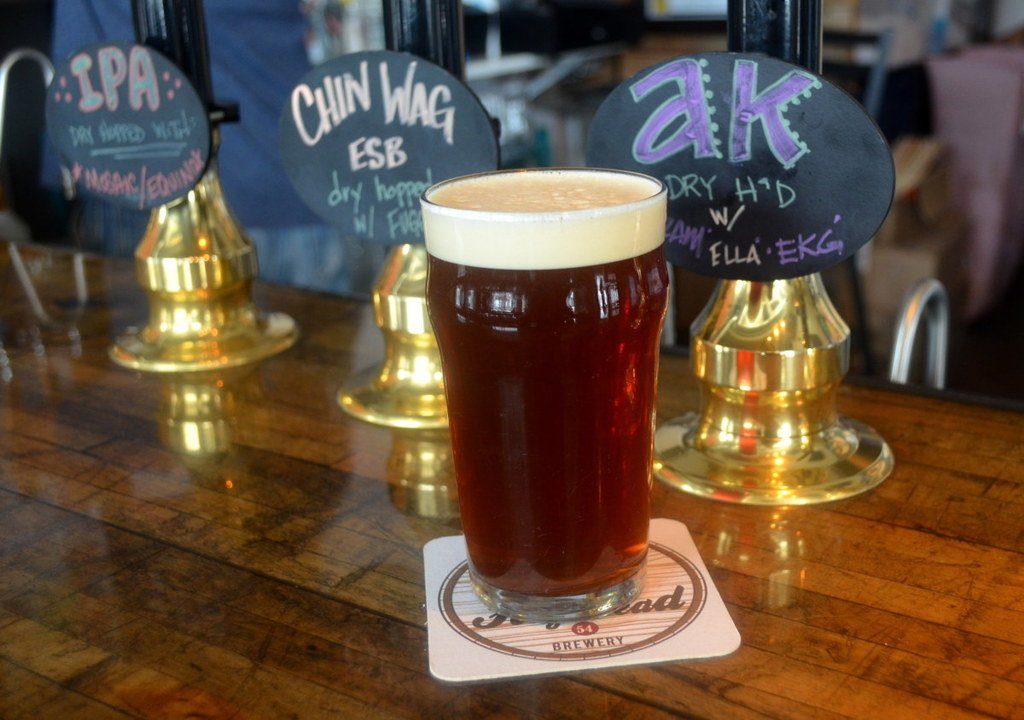 The best thing to do is walk in and find out what is pouring well. It initially may sound weird to say — because we are used to everything pouring well — but there might be a beer peaking in flavor when you come in the door. And it may be totally different before you leave. “We have locals coming in asking what beer that day is in it’s prime example,” Kirby said. “A question a brewery like ours gets is, ‘What is drinking well today?’ Everything is drinking well, but there is that one beer that is drinking in it’s perfect condition right here right now. And then half an hour later it is done. It changes.”

Because it changes over its lifespan, the beer has a progression and gets different subtleties of flavor. If you put a beer in a keg and fly it halfway around the world, it’s always the same. Not
at Hogshead. This brewery kegs some beer, but it’s the cask conditioning you should go to the brewery for. The education is always ongoing.

After asking what is pouring well, you might even decide to go full-bore and whisk your imagination away to the land where cask beer was king: the UK. If you decide to do this, make sure you ask for “a pint of bitter.”

“We are in the bitters business,” said Kirby. “Bitters is just a generic term for in the UK,what you call a pale ale or an imperial, they are all just bitters. A pale ale on cask is just called a pint of bitter. In the UK it’s Ordinary bitter, Special bitter (which is an IPA), and Extra Special Bitter, which is a more malty beer. You just walk in and say, ‘I would like a pint of bitter.'” 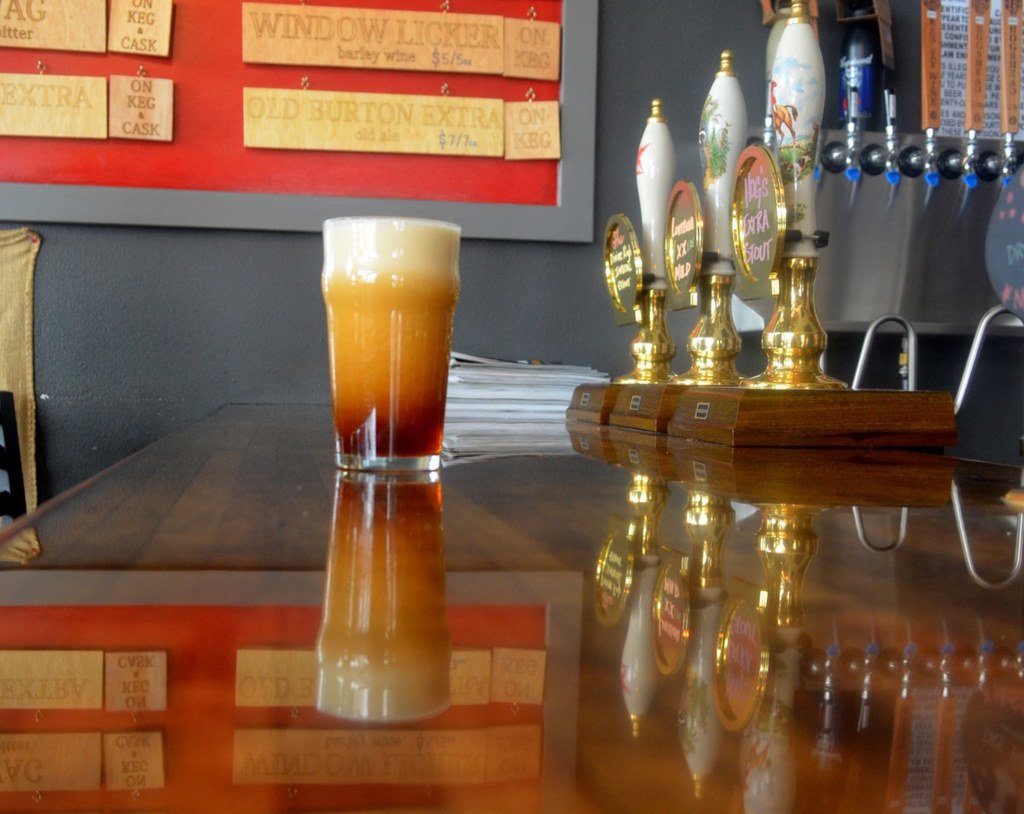 Hogshead also do a ‘Beer From The Wood’ series, different beers fermented in different wooden casks. “Porters, when they were king, spent up to a year in wood,” Kirby said. “We put [our porter] in a wood firkin, and it’s not that beer. If you serve them side by side people say, ‘Whoa, this is interesting.'” They use the stainless steel casks for regular week-to-week beer, and the wood casks to get the intricacies of wood. Each time it’s different. “At this size of brewery, it’s hard to make exactly the same beer every time. That was my goal, and it’s always been the goal. The most important thing is to make consistently good beer.”

Denver’s beer scene is enormous at best and huge at worst. But if you have never had a cask conditioned ale, you haven’t experienced it all. Head on down for a pint of bitter, and you might end up having a chin wag with your Chin Wag.