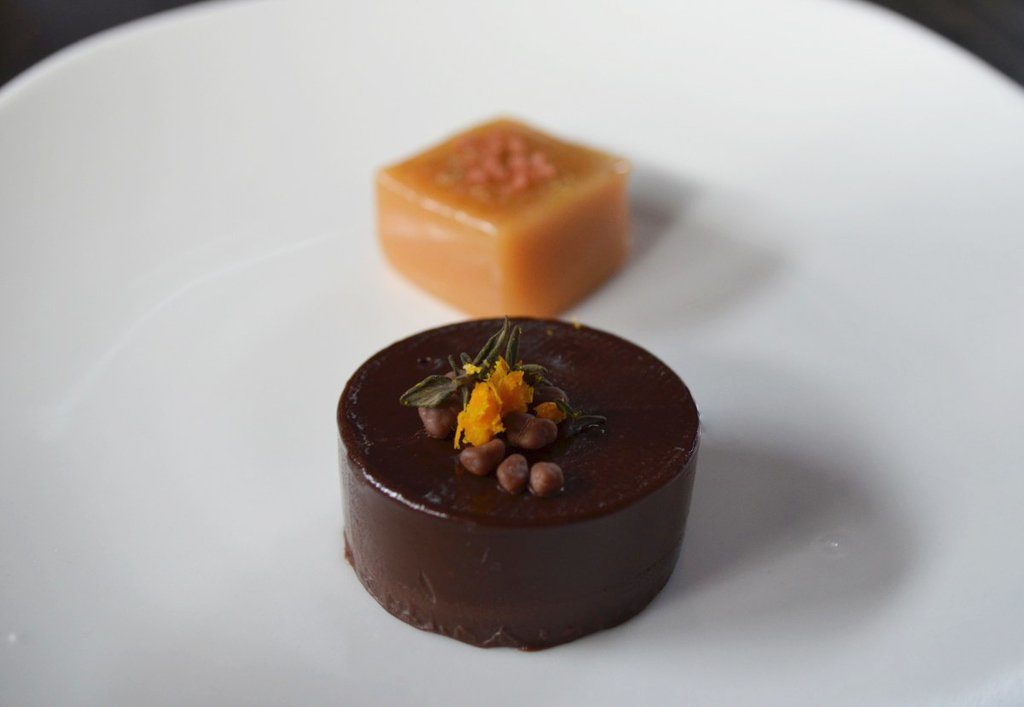 Pro: Nocturne’s hits a high note with its renditions menu. This $49 five to eight-course meal is centered around the attempt to translate classic jazz albums onto a diners plate. If it is continually well-executed, this menu will be an exercise in true artistry.

Con: Nocturne is a very ambitious endeavor with a lot of moving parts. While opening a restaurant is usually very risky, adding on a jazz club component – which is notoriously difficult to keep a float – is almost masochistic. One hopes that it will be able to stay true to its vision. However, it wouldn’t be surprising if it later modified its concept for operational purposes.

Deemed the “Harlem of The West,” Denver was once known as the secondary home of the burgeoning jazz scene of the 1930s through the 1960s. In dimly-lit nightclubs of the Five Points neighborhood, you could always find the sound of brass resonating through paper thin walls while a multifarious beat of a snare drum set the tempo. Melancholic crooners and energetic trumpeters alike converged in our city to nurture the birth of jazz, America’s first original art form. Even the greats such as Billie Holiday, Duke Ellington and Miles Davis graced our city’s stages, making for legendary nights that only Denverites can call their own…

Now on March 9, 2015, Denver residents will once again have a new opportunity to experience the joys of jazz.  Nocturne, a music venue turned highly anticipated restaurant, will open its doors in attempt to revive this lost culture. Read on to learn more about this innovative new concept that attempts to meld the energy and artistry of music with the pleasure and sophistication of a fine dining experience. 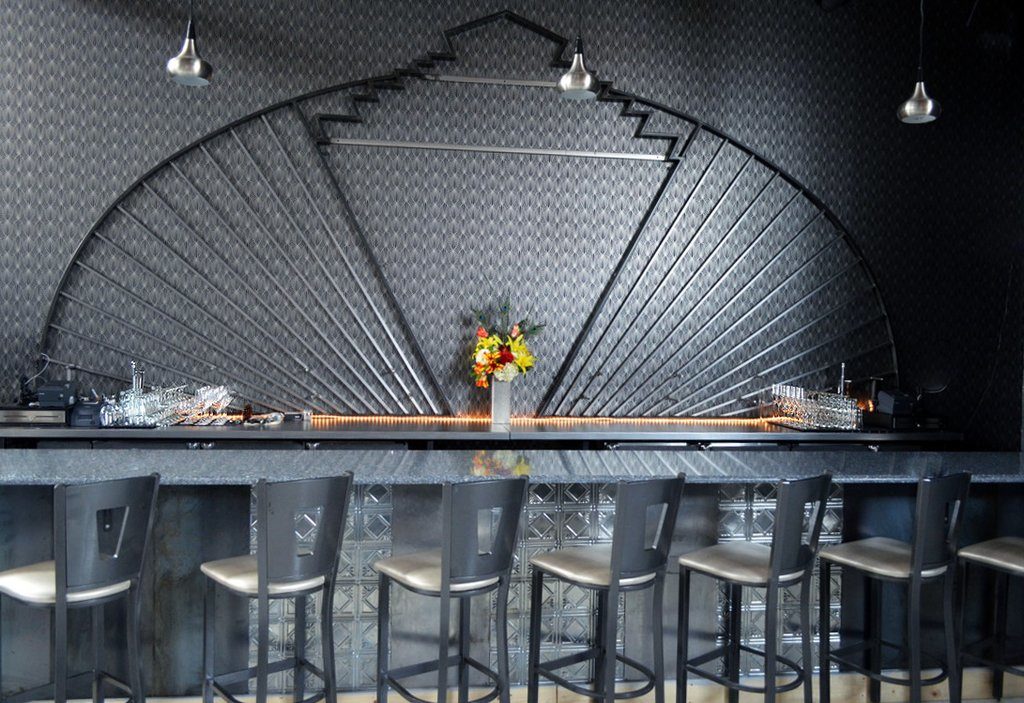 When the concept for Nocturne was first conceived, owners and husband/wife duo, Nicole and Scott Mattson, initially envisioned opening a music venue and bar. As a musician and certified sommelier, Scott Mattson’s goal was to combine his passions into one space. But after a series of phone calls and elongated chats with Dustin Beckner – a chef known for this work at Michelin Star rated restaurants like Alex in Las Vegas and beloved Denver gem, Root Down – Mattson decided to evolve the venue into a restaurant.

Now Nocturne Jazz & Supper Club offers two compelling components. The music side will act as a venue that will host resident jazz artists for a period of three months – along with occasional special acts. During this time, the resident artists will be asked to choose an area of focus to study and develop while at Nocturne. Musicians like Denver native Annie Booth will focus on original compositions while others such as Josh Quinlan will study iconic works like that of John Coltrain. Each artists will have a dedicated day of the week to perform to the nightly dinner crowd. Patrons are encouraged to listen and enjoy the live music while indulging in a specially crafted menu that is designed to mirror and heighten the musical experience…

“Mattson, a man who’s remarkably fueled by unbridled ambition, had to push the envelop further.” 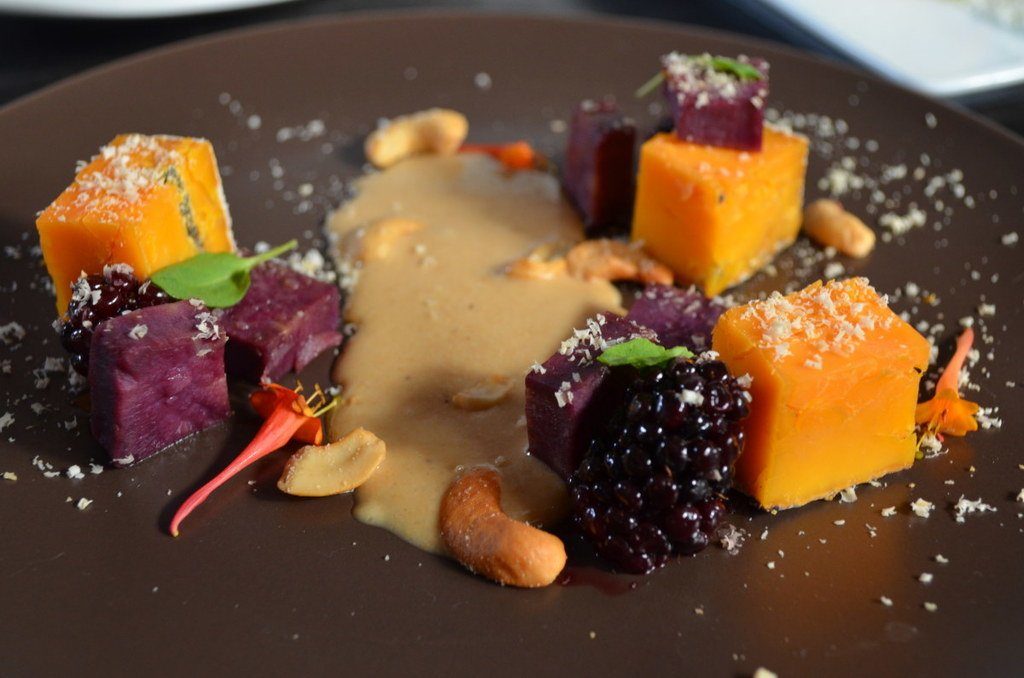 During those prolonged phone calls between founder Scott Mattson and now executive chef, Dustin Beckner, the two had a moment of revelation. Initially their talks began purely as consultation. Mattson wanted to incorporate food into the experience at Nocturne and called upon Beckner to lend some advice on how to include small snacks and bites for the boozing crowd. But during their conversations, Mattson began to think bigger picture and a late night chef’s menu became pertinent. “We had to do it. Denver is turning before our eyes from a town into a city and any great city you can get a really serious meal at 11 at night.” But the conversation did not end there.

Mattson, a man who’s remarkably fueled by unbridled ambition, had to push the envelop further. That’s when the light bulb came on, and he suggested that Beckner create a tasting menu that is inspired by great jazz albums, specifically “Kinda Blue” by Miles Davis. “He thought I was crazy,” said Mattson. “He didn’t get it at first but I said to him, ‘You got to listen to the album, get it into your bones.’ He listened to it like 40 times and came back with this stunning menu and captured Kinda Blue on the menu page.”

As a result, Nocturne will offer these tasting menus, deemed “renditions” on a  six to eight week period, each one inspired by a different classic Jazz album. For $49, diners will receive five to eight-course meals (with an option to pay for booze pairings) comprised of elegant, eclectic dishes that are purely influenced by the showcased album. The debut of every new renditions menu will kick off with a special concert that will narrate the meal with the designated body of work. The first rendition will strive to translate “Money Jungle,” a collaborative record from Duke Ellington. It will feature dishes like African Grain Risotto soaked in a Moroccan spiced chermoula sauce topped with dried blueberries, turnips and edible flowers and an Apricot-Ginger Glazed Lamb Belly paired with roasted cauliflower and goat cheese pavé. Delicate desserts such as house-made Honey Thyme Truffles and Sea Salt-Whiskey Caramels will cap off the experience. In addition to the tasting menu, there will be small plates menu ($7-$15) featuring oysters, cuban sliders and spiced frites. 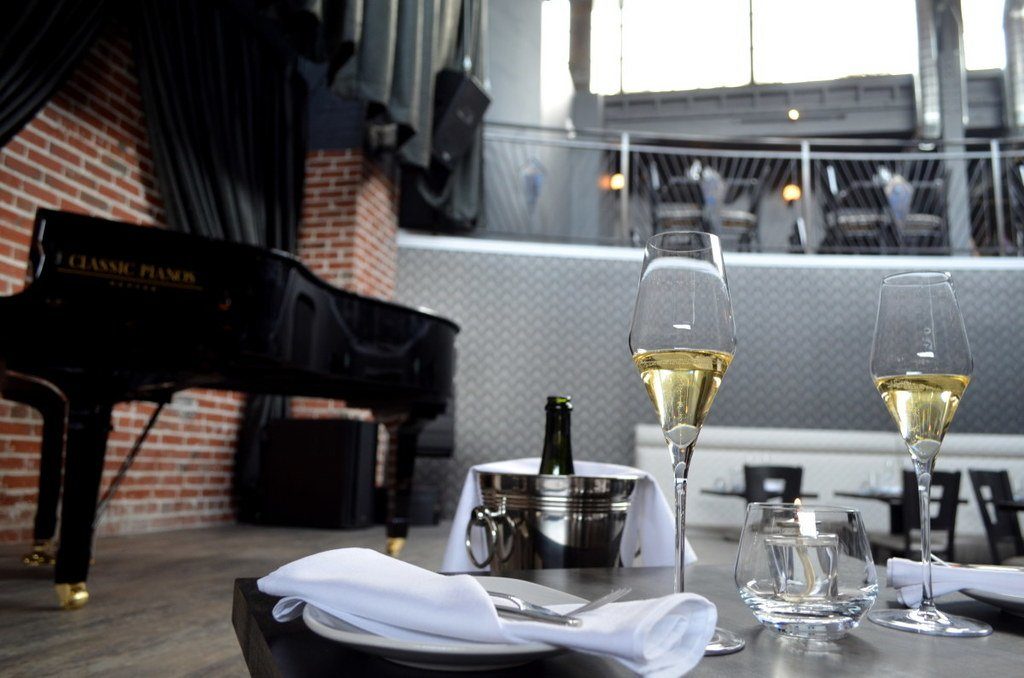 As a certified Sommelier, Scott Mattson created a dynamic wine and sparkling wine list. The main focus of the bar program will highlight boutique dessert wines and an array of grower champagnes. Classic cocktails such as a expertly balanced sazaracs and boulevardiers will also be offered for a truly vintage experience. Mattson particularly recommends going with a glass of champagne but says the sparkling cocktails like the delicate Crescent Moon made with gin, blood organic juice, creme yvette, elderflower liqueur, are also not to be missed.