First Bite: Five Reasons Why You Need to Go to Cho77

For the better half of 2014, hints of the forthcoming Cho77 would consistently pop-up on the web. At first it began with photos of a street cart: a shiny, silver bike-like contraption Chef Lon Symensma reportedly purchased on the streets of Vietnam. Rumor had it the cart was one of the many items he and his chef de cuisine, Ryan Gorby, were bringing back from abroad in order to furnish Cho77. But then there was talk of dim sum. Collectively, the stomachs rumbled amongst an increasingly voyeuristic crowd of food writers, magazine editors and savvy Denver diners. Dumplings danced dreamily in our heads until a new grainy image leaked online. The photo showed Gorby leaning over a grandiose plate flashing a taunting smile – cruel.

But finally, today, the wait is over and Cho77 will at last open its doors. And while the hype has been extensive, it seems that it might measure up. Read on to learn why we’ve been so excited and why you should run, not walk to get your spot at Cho77.

1. It Takes “Authentic” to the Next Level 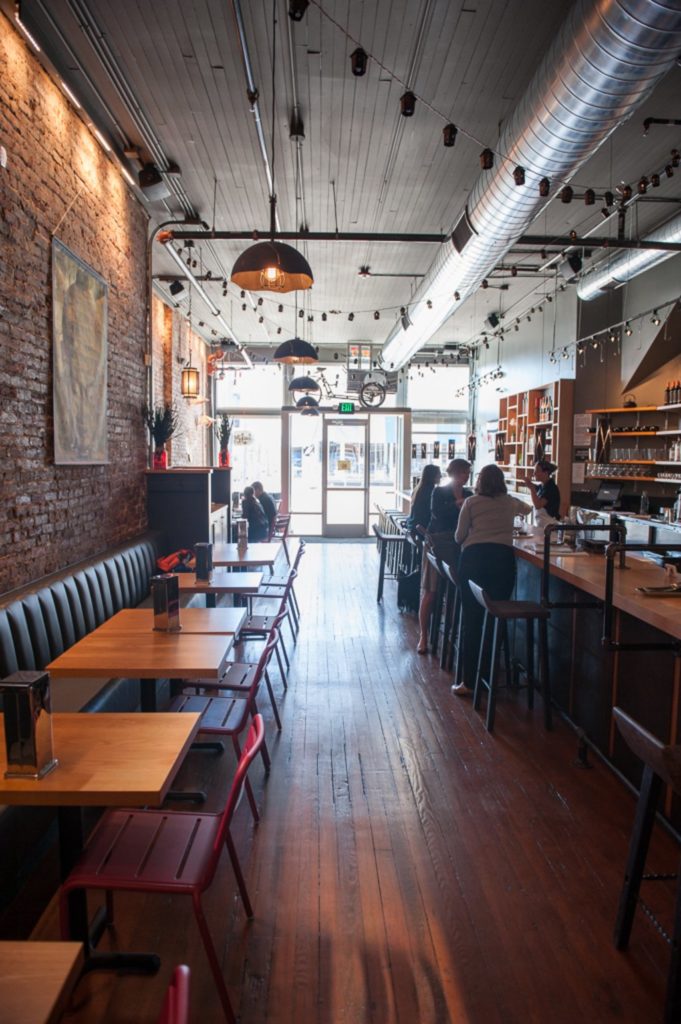 As mentioned earlier, Symensma and Gorby traveled abroad while planning this restaurant. During their extended stay in Southeast Asia the two collected an eclectic assortment of random goods and items, filling two shipping containers and stuffing several suitcases. Now the restaurant is populated with authentic artifacts from distant lands. Everything from the metal chopstick holders, still adorned with original reflective stickers, to the micro coffee percolators specifically used for making Vietnamese coffee, come from different corners of the region. As a result, almost every aspect of the dining experience is touched by an element or technique from abroad. And if the item is not from Asia, it’s likely that it was handcrafted by Gorby’s grandfather, a master woodworker who made items like the bao bun holders.

2. Stories About the Menu are “Off the Record.” 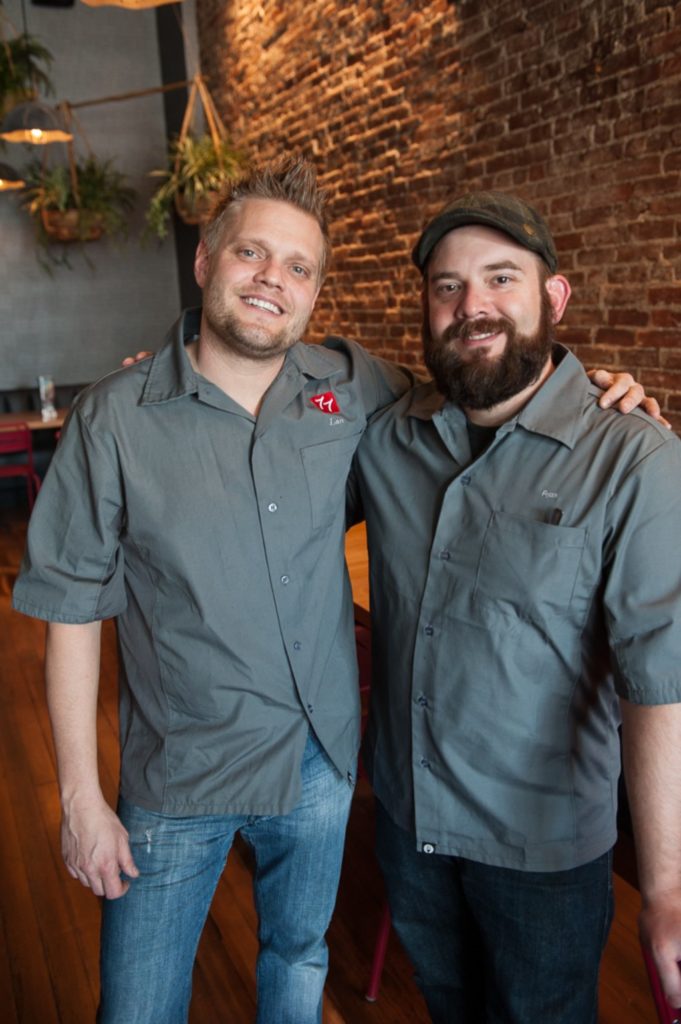 The pair didn’t just traverse the majority of Southeast Asia to collect decorations. Rather they ate their way across Thailand, Malaysia, Lao and Singapore for inspiration for the menu. “There’s a point of reference for every dish … It’s like, hey remember that dish in Thailand?” said Symensma while referring to Gorby. The two elaborated that almost every menu item has a story from their travels. However tales of their trip, they joked, are probably best left “off the record.” We can only imagine…

3. The Thai Coconut Curry Will Haunt Your Dreams (In a Good Way) 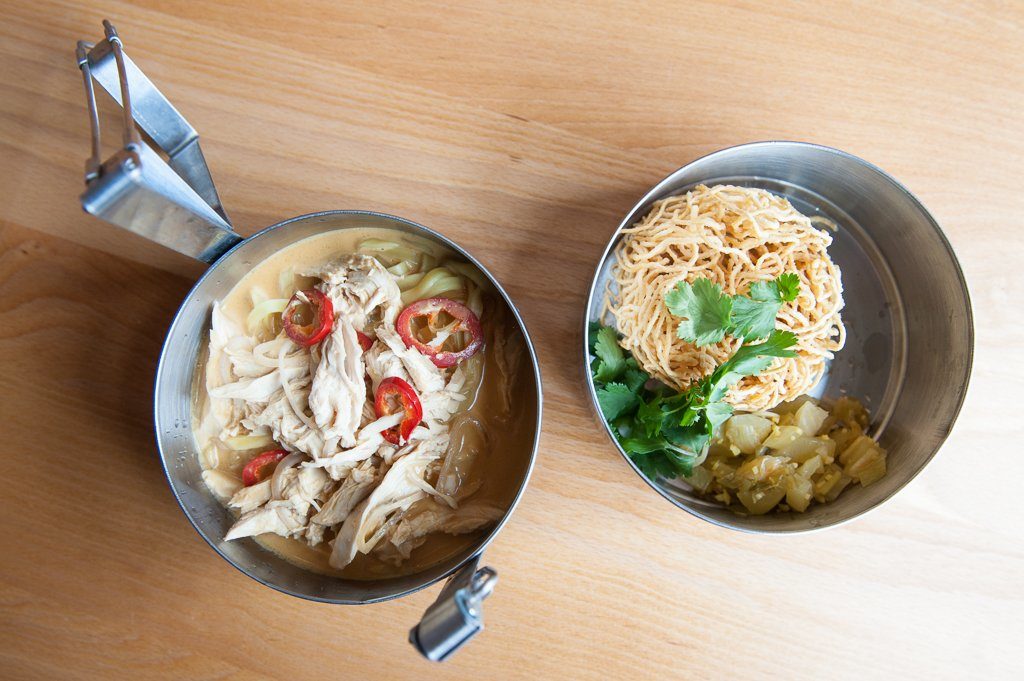 This dish, traditionally known as khao soi, comes served in a two-storied metal tiffin. Diners are prompted to unbuckle the pail – a contraption that’s used in Vietnam as a lunch box – to reveal a two-part dish. The first tin is filled with sticky and thick housemade noodles swimming in a spicy curry sauce topped with tender slices of chicken. Then the other tin comes with crispy egg noodles, pickled mustard greens and a singular wedge of lime. Mix the two together, add a vigorous squeeze of lime, and you have a savory and supremely comforting dish that evokes the flavors of a traditional red curry but with a multi-textural element.

4. There’s Only One Ramen, But it’s Stellar. 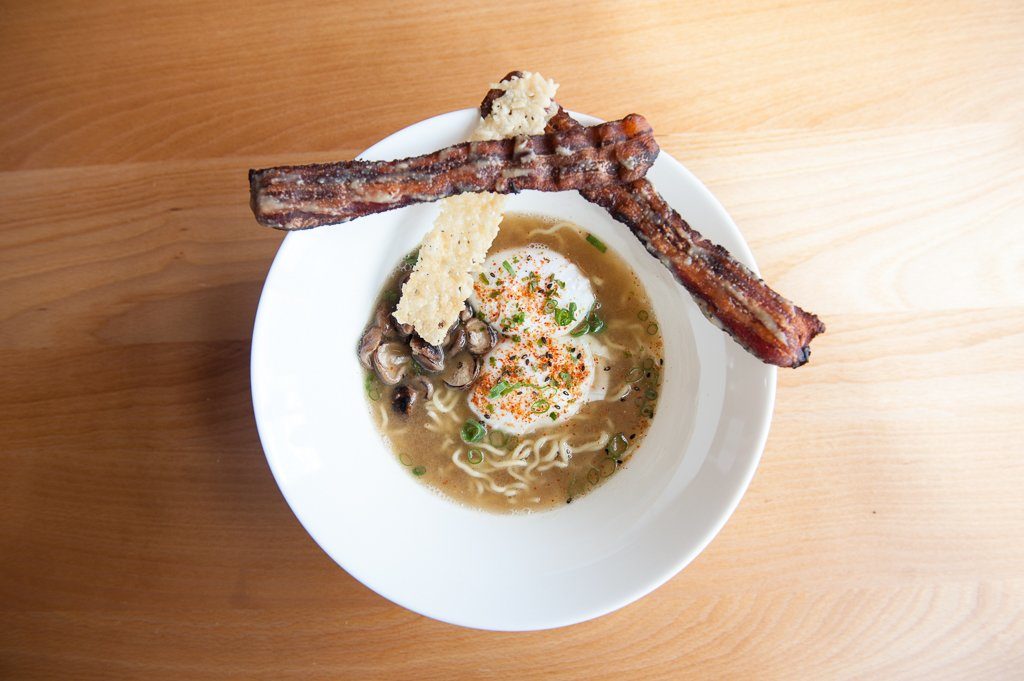 There were many rumors that Cho77 would be a ramen-focused joint. However the menu, which is limited to about 15 items, will only feature one brothy bowl. As of now, the selected offering is a bacon, egg and cheese ramen ($14) and is most notable for its broth, which was made from parmesan rinds. Sprinkle on the crisp miso bacon and you have one decadent dish on your hands. 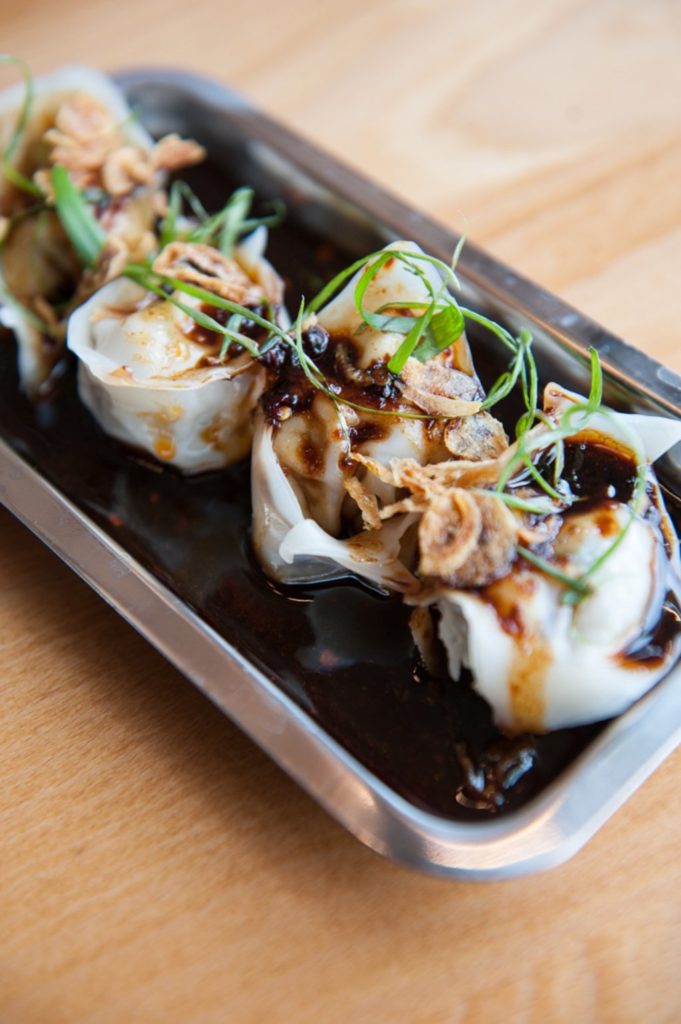 If there’s one thing that Chef Symensma knows, it’s dumplings. And while he has somewhat of a cult following for his soup dumplings at ChoLon Bistro, his Cho77 offerings do not disappoint. The simple and classic dish remains true to an experience he had abroad and features classic flavors. For $8 you’ll get four little perfect pockets of perfection that are filled with red chili pork, topped with crispy shallots and bathed in a Chinese vinegar and soy sauce.