Burton US Open: My VIP Experience

In the mountains of Vail, Colorado the very best snowboarders from all over the world gathered to compete in one of the country’s best athletic events: the Burton US Open. The energy in this gorgeous mountain town was that of pure excitement as some of the biggest names in the snowboarding world started arriving at Golden Peak Park to compete for four days.

I was given the incredible opportunity to not only be at the US Open the full four days but I got to attend the press conferences with the winners of both the women’s and men’s Slopestyle and Halfpipe competitions, and rub shoulders with most of the athletes. I also went through the practice park where the athletes would be doing their Slopestyle competition and hiked the Halfpipe. 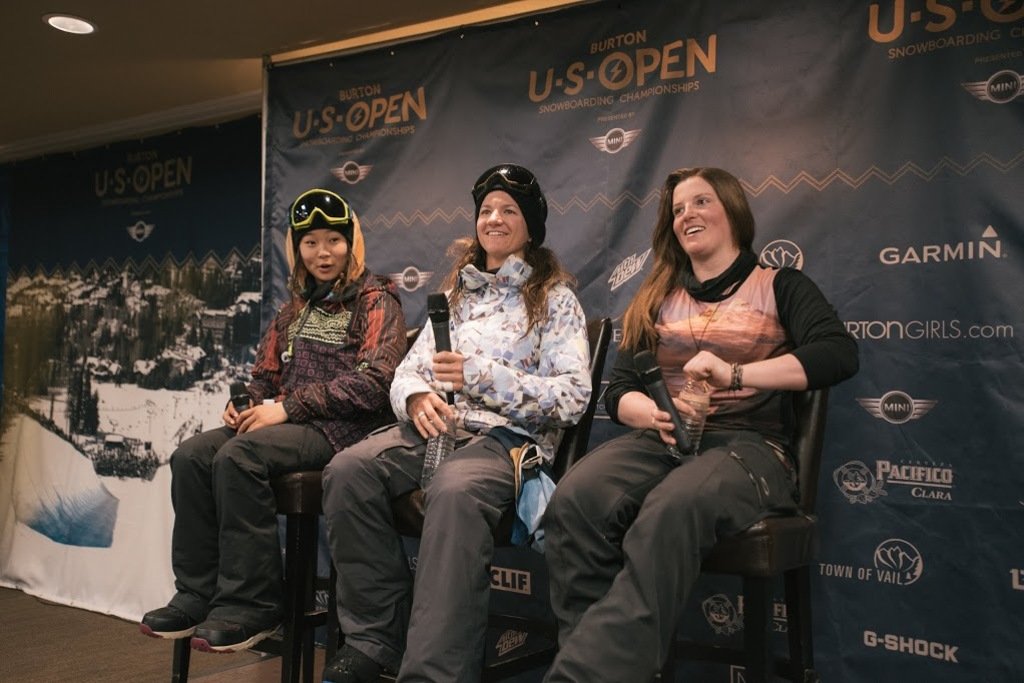 There were so many awesome moments watching all of the competitions. Some of the highlights include seeing Taku Hiraoka, first time winner of the men’s Halfpipe, beating out former winner and crowd favorite Danny Davis. Jamie Anderson, one of my personal favorites, took a very early lead in the Women’s Slopestyle competition and made this her fourth Burton US Open Slopestyle title. Mark McMorris had everyone in the crowd screaming when he attempted and nailed various trick combinations that hadn’t yet been seen or done before.

The athleticism during the entire event was definitely a site to see, but the thing that really stood out, when I was chatting with and watching the athletes interact with other various media, was their sense of humility and also the feeling of brother and sisterhood that was present in the snowboarding community. I loved that Jamie Anderson ran over to me to get a “selfie” after her TV interview was finished because I had asked her just before her interview started to get a picture. When she ran over for the picture she asked me what my name was and we chatted for a few minutes before she was taken for another interview. She was so sweet and outgoing, and I felt like if she wouldn’t of been whisked away we would of stood there and chatted for a while. 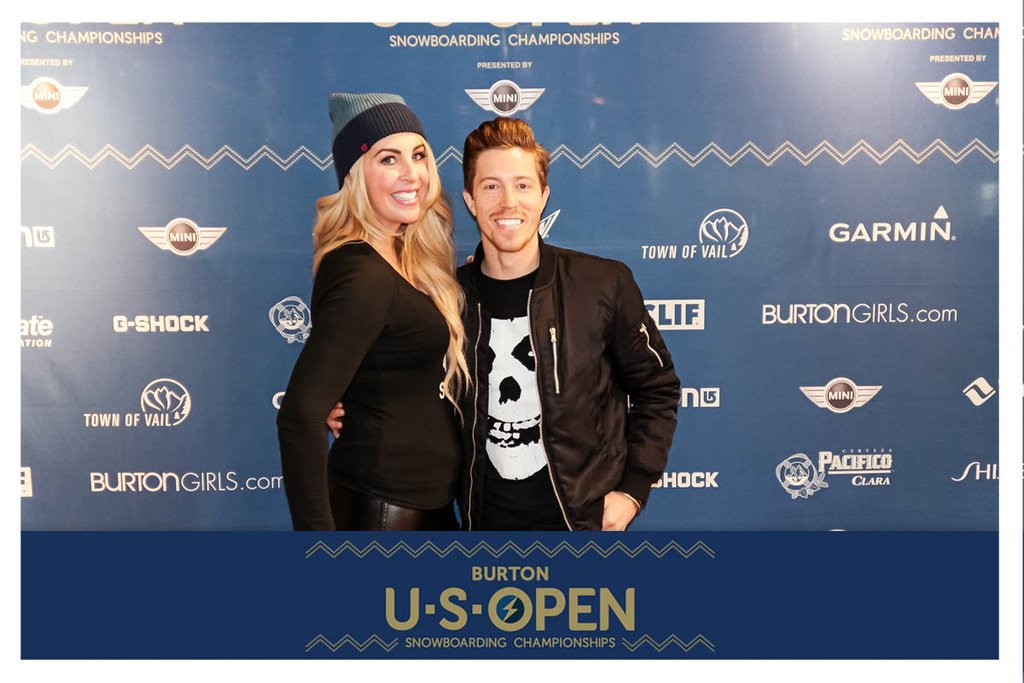 One of my favorite meetings of the entire week was getting introduced to Shaun White. I teased if I could get on the other side of him for our picture together to get my “good side” and he replied, “I totally get that” and smiled. I have nothing but great things to say about this iconic snowboarder. He had a smile on his face the few minutes we interacted. When I told him that a boy next to me told me that Shaun was his biggest inspiration in life, Shaun smiled and reached out his hand to the boy and locked eyes. It was a moment that couldn’t be faked and that everyone around felt.

The press conferences were really interesting and was a great way to see athletes away from their normal environment – of having a snowboard attached to them on the mountain. Two moments really stood out for me during the conferences. One was when I thanked the top three winners of the women’s Halfpipe (Arielle Gold, Chloe Kim and Kelly Clark) for being so supportive of one and other. I loved watching Chloe and Arielle jump on top of Kelly after she won yet another first place in the Halfpipe. Their reactions to what I said were so sincere and heartfelt. Kelly talked about what it’s like to have a sisterhood and she “couldn’t have asked for two better sisters.” Arielle then teased her about which sister she liked more.

The other moment I really loved was with the winners of the men’s Slopestyle competition (Tyler Nicholson, Mark McMorris and Yuki Kadono) when I asked them what it means to be a hero to so many young snowboarders out there. It was a really awesome moment when all three competitors starting with Mark McMorris thanking me for asking this question. The overall consensus was that they were all young once too and looked up to various snowboarders, and they love that they now spread the stoke for the young snowboarders out there. 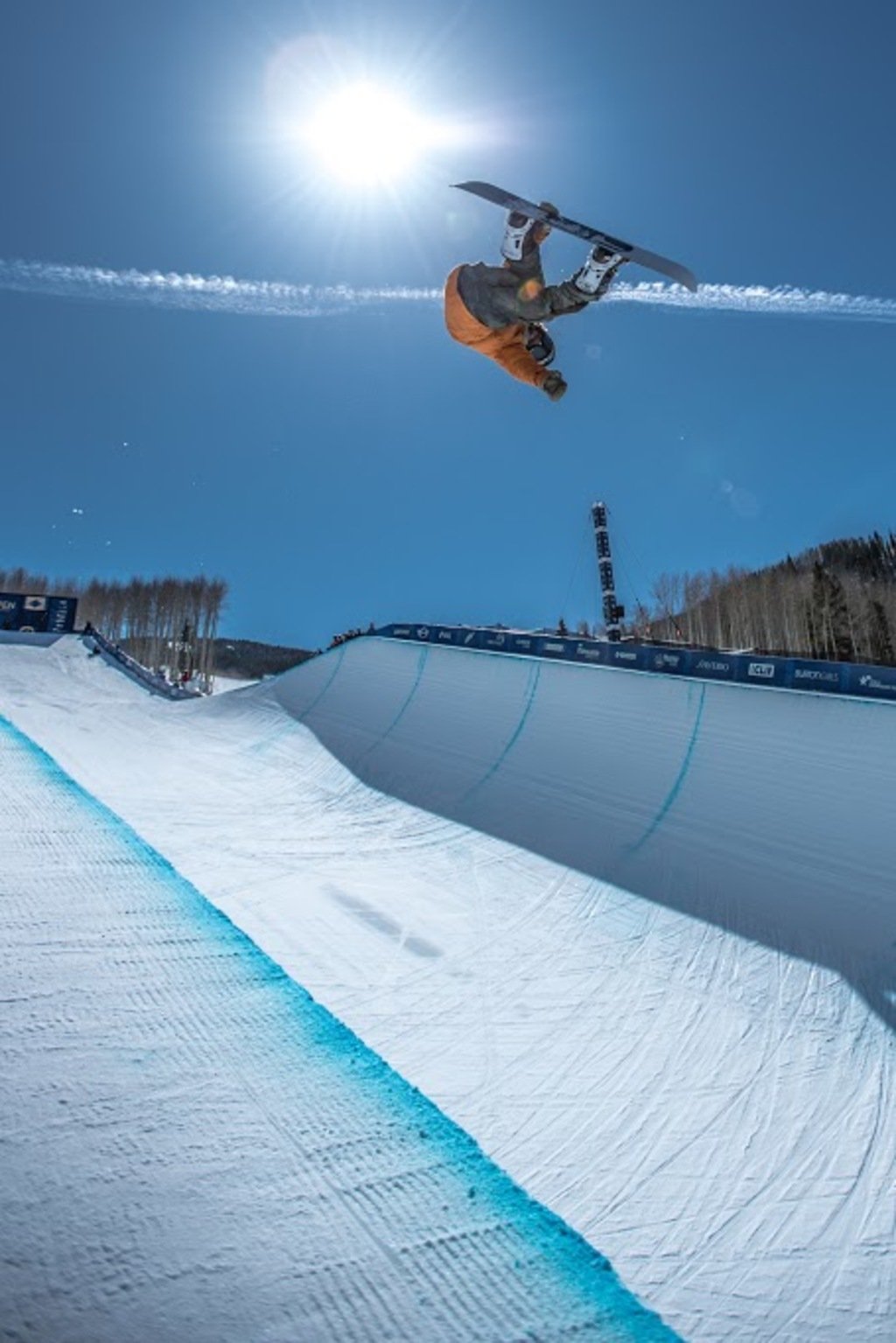 Overall, I learned that the Burton US Open is definitely not just for snowboarders. It is for all people who love watching brilliant athletes on a gorgeous mountain with tons of live music, good people and various festivities. I was really lucky to be able to be in rooms with some of the greatest athletes in the world and it was an experience I’ll never forget.

Many spectators got the opportunity to get pictures with their favorite snowboarder walking around town, after the events or even after their wins. The competitors really love their fans. I had such an incredible weekend and I can’t wait to go back next year.