Leopold Bros. Makes History with First Use of Malting Floor

This past week, Denver’s esteemed and cherished distillery, Leopold Bros., made history as one of the only distilleries in the United States, and one of a handful in the world, with its own operational malting floor. With golden barley piled six inches deep in the cool, humid room built to mimic Ireland’s climate, little sprouts are already popping from each grain, getting ready to be dried in the kiln.

This momentous occasion called for the wisdom of a Leopold brother, more specifically the brother behind the engineering and science of the malting floor: Todd Leopold. With a degree in Malting and Brewing, he explained the function of a malting room, and the role malted barley plays in distilling spirits. Read on and learn more about this incredibly special process that Leopold’s Bros. now can call its own:

What is a Malting Floor? 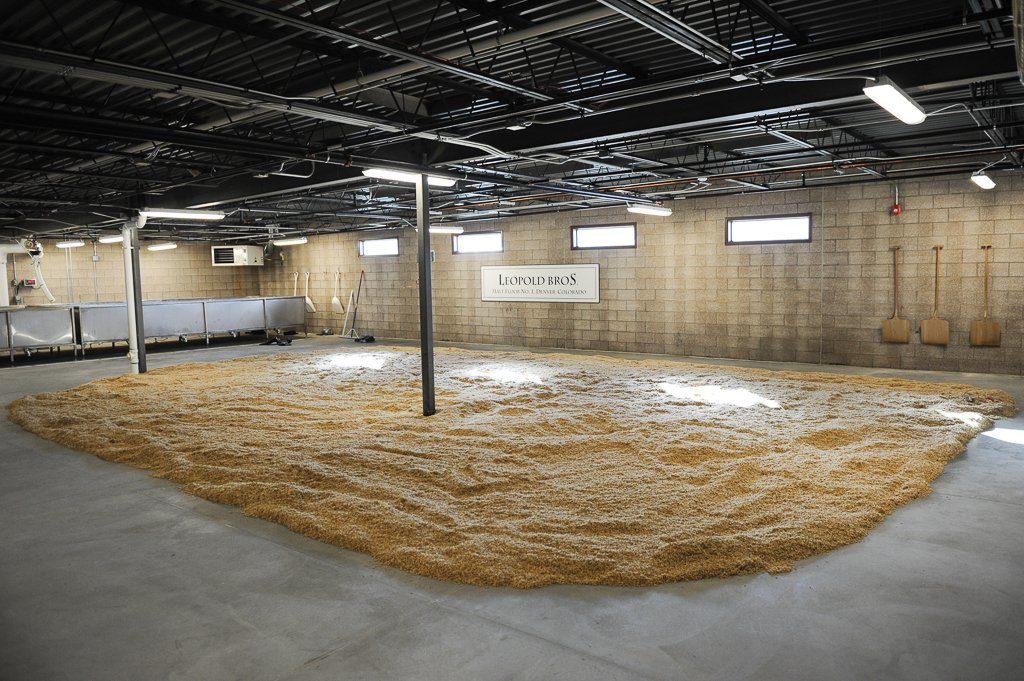 All photos by Glenn Ross

So what is a malting floor and how does it factor into distilling spirits? A malting floor refers to the floor in a cool, humid room dedicated to the germination of barley or other grains, known as the process of malting. Once the barley is finished sprouting, it is then dried in a kiln, where it can finally accept its destiny as malt. Malt is necessary to begin the mashing process, which is essentially the brew that turns into either beer or liquor.

Why is it so Unique? 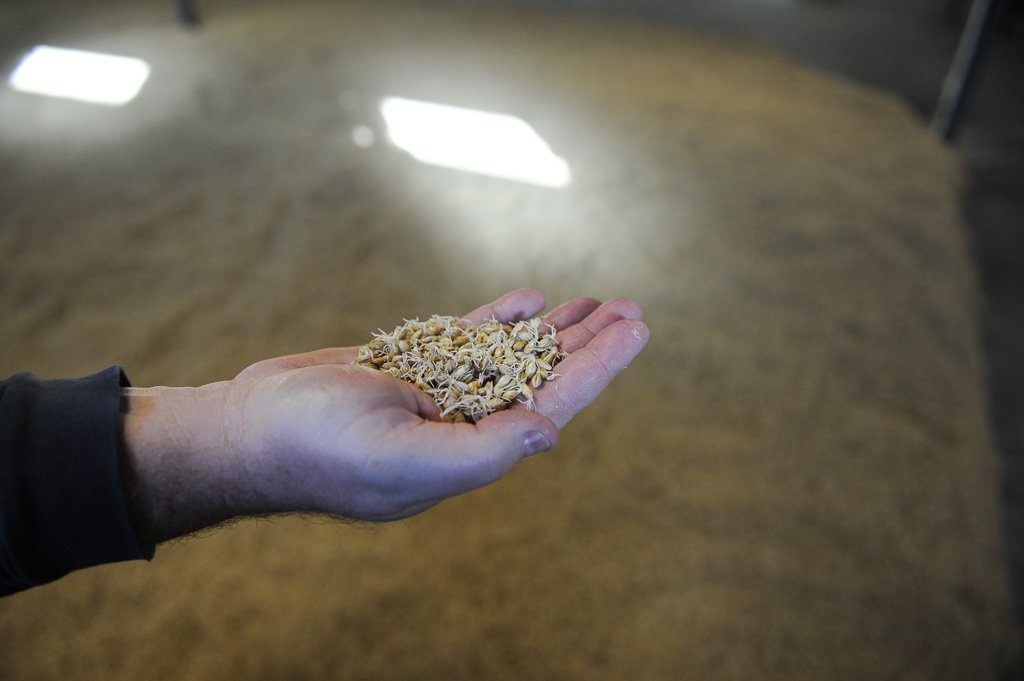 Todd Leopold explained that malting and distilling used to go hand in hand. But like many other old practices, as well as the disrupting effect of alcohol prohibition in the U.S., malting became mechanized, so out-sourcing is now the number one way distilleries get malt. But Leopolds Bros., coined as an eco-distillery, takes great pride in its malting floor as a way to save resources and push the farm-to-table (or rather farm-to-bottle) concept, shining as a completely local product. “What’s so great about our malt floor now, is it enables us to make our own malt from Colorado barley, so this is all 100 percent Colorado,” explain Todd Leopold.

What is the Process of Malting? 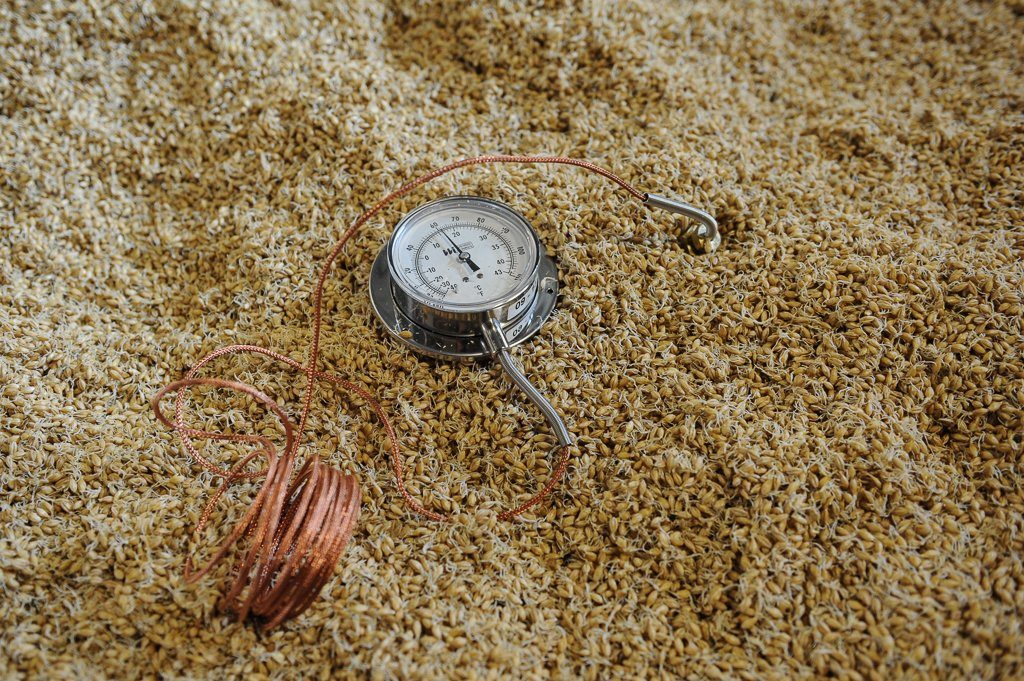 “What we’re doing is tricking the barley into thinking it’s in the ground,” Todd Leopold said as he scooped a pile of barley into his palm and points out the sprouts. “It’s an exothermic reaction, so the higher you pile [the barley], the more heat it’s going to generate.” An exothermic reaction is a physical reaction that emits heat, so by piling the grain into deep heaps, this reaction causes the barley to begin its germination process. The grain sits in its own heat in order to sprout, but has a delicate breaking point, so must be cooled once germination is complete to avoid overheating or damaging the cell structure.

The barley on Leopold Bros. malting floor is piled about a half-foot high, with Todd Leopold just starting in on the cooling process. “When I’m first starting it, I have it at six inches. I’m trying to kick start it, to get it to go up three, four or five degrees, and that really gets the germination going. Now that it’s almost at the end, I’m spreading it out to about three inches so it doesn’t build up too much heat.” 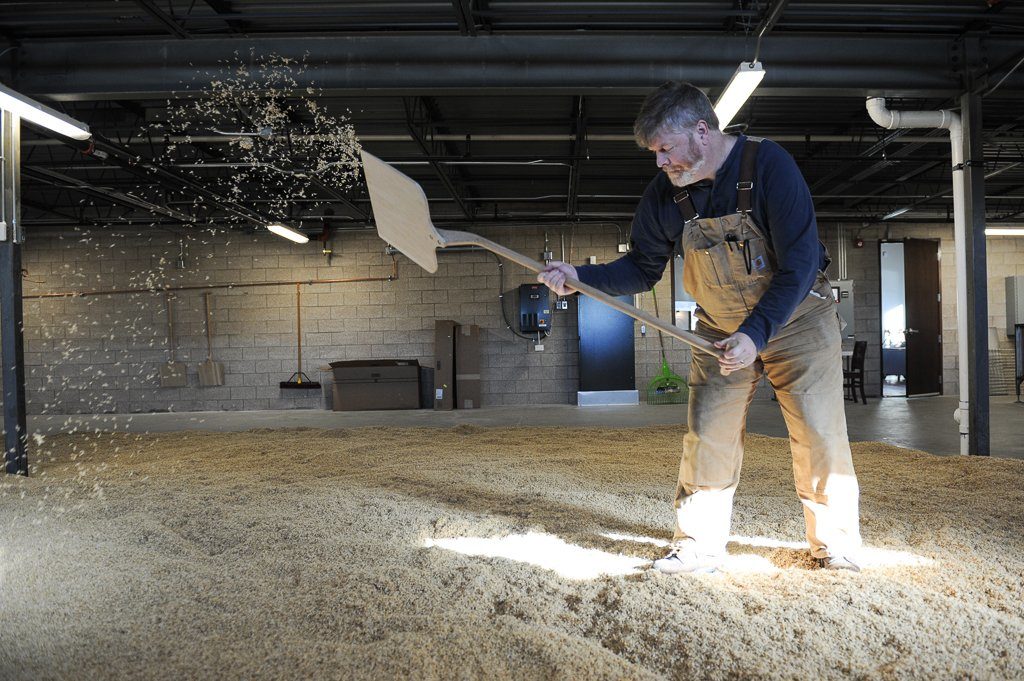 Todd stepped through the cereal and picked up a wooden shovel. “So there’s really two ways we’re controlling it here- by height, by piling it, and the second part is this-” he began to fling barley into the air, where it then lands back in the pile. He explained that throwing it up in the air not only transfers the grains around for an even blend, but cools it, a crucial step in slowing the germination process, as to not overheat the barley. Leopold Bros. malts its barley very traditionally at a low temperature of about 55 degrees, contrary to modern malt houses that germinate at almost 10 degrees higher. At lower temperatures, the process takes longer, but produces a much higher quality product in the end.

The malting room at Leopold Bros. was built directly from Todd Leopold’s estimations, where the mathematics of it all are still in the process of being tweaked and perfected in order to accommodate Denver’s dry climate. Once calculations are precise, Leopold Bros. plans to keep its malting floor running in constant cycles, producing malt for not only its use, but for other local breweries and distilleries, as well. A viewing window from inside the tasting room allows visitors or check out the malting floor, a visual treat to those looking to taste some of Leopold Bros. outstanding spirits.