Hops Herald: Declaration has Brewing Down to a Science

Declaration Brewing had its Grand Opening last weekend on February 14. To see what makes this brewery stand out from the crowd, 303 talked to Mike Blandford, chemical and biochemical engineer, quality control analyst, and primary instigator at Declaration about its quality control lab, its experimentation lab and the science behind its yeast. This lab looks like the kind of lab you see in Young Frankenstein — if Frankenstein had gone into something much different than reanimation… 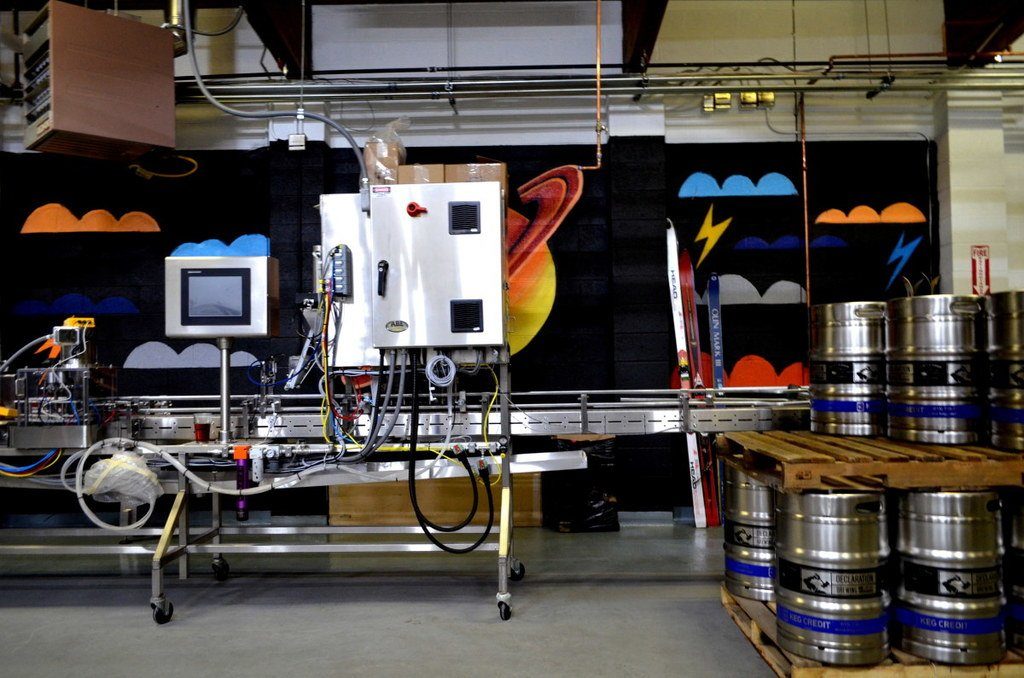 Declaration’s quality control lab serves a few different purposes. First it makes sure the beer you brew is clean, and that is the same in a keg and in bottles and cans you send across the state. Then there is the yeast lab, something few breweries in the state have. Declaration is definitely the smallest of the bunch.

“Accessibility is low with these types of systems,” said Blandford. “There are a lot of little pieces. It’s easier to get into them when you have a little revenue.”

The labs are important for a variety or reasons. Blandford described it as “increasing the palate of our art: by playing on the quality control side we can analyze the hops and grains if we need to. We can get a better idea of where a beer might end up.”

What Happens in the Lab? 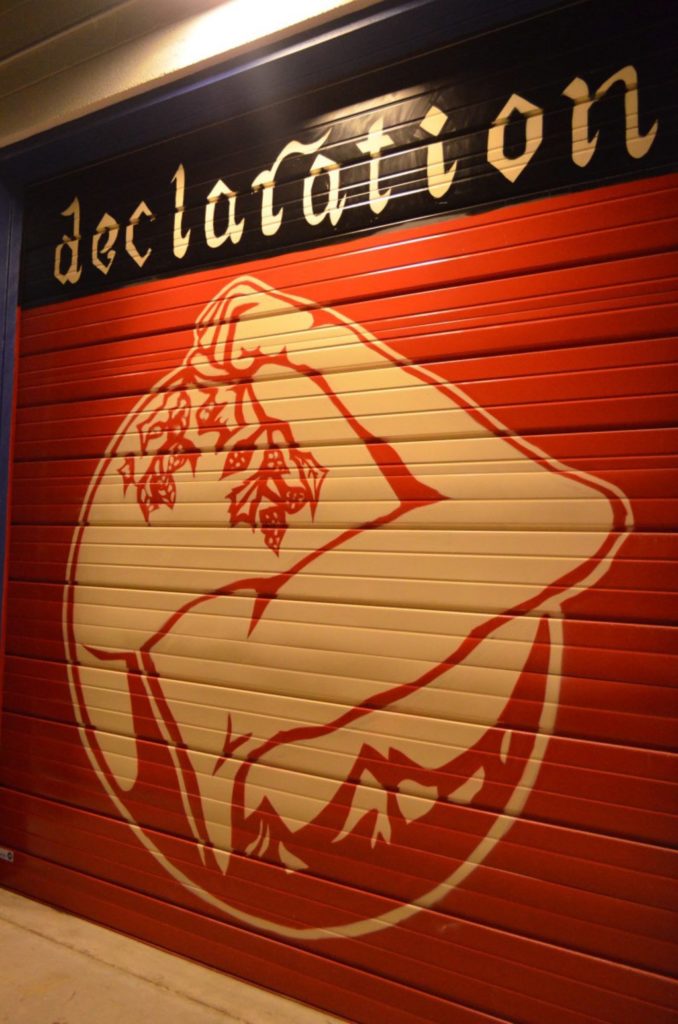 Part of what this lab does is help analyze the yeast for purity — which is a pretty important factor when you get down to it. It can also help look at how rapid fermentation takes place, and how many yeast cells are in the pitch. (The pitch is when you add yeast before fermentation.)

“A good strong beer culture is the best way to make a beer really good,” said Blandford. “The pitch itself depends on a lot of different factors. People don’t sell dense pitches, which means you might get only a million cells per cubic centimeter, where if you can up it to 20 or 30 million per cubic centimeter — all without adding more water — you can make the beer better.”

Another thing you can do in the lab is purify the beer. Fermentation is a wicked complex process, and if it’s not done all the way, you can end up with fusel alcohols. These impurities are basically leftover alcohol giving you more hangovers and an less-pure beer.

One of the reasons for all these scientist is they are currently using the yeast lab at the Colorado School of Mines. They have the ability to hold every known strain of yeast as soon as they buy the right freezer.

“Through the School of Mines — it’s like 80 or 90 different brewers — [Paul and the group] are collecting different wild yeast strains,” said Blandford. “He is collecting and cataloging all of them so we have a list.”

Paul Ogg — yeast officer, quality control officer, and “Yeast Yoda”  is helping gather specimens of the various strains of yeast for both experimentation and cataloging. If you have every strain, you can experiment with and grow more yeast for further use in brewing beer as well as experimentation.

“It means you have more viable yeast,” Blandford said. “If you have to ship yeast across the country, some of the cells are going to die. Or maybe it gets hotter or colder on the way, and then even more are going to die. If you can propagate yeast, it’s better.” Better yeast means better beer.

Declaration is also working on updating the process of experimenting with yeast. Because brewing beer is as old as culture itself, a lot of techniques have stayed in the past with many breweries. Certain chemicals are highly dangerous and many will put you on government watch lists.

“They use some really nasty chemicals you can’t even get these days, we are hoping to redefine this stuff. Hopefully we aren’t too late,” said Blandford. “[New Belgium] has a great testing facility and are already doing a lot of work to modify current outdated methods. We are trying to follow in their footsteps in an effort to assist the industry as a whole in the revision of old and dangerous methodologies.”

The last piece of the puzzle is the experimentation room. They are working on renewable energy with its brewing waste. Declaration is the first brewery in Denver to be ‘green certified.’ A lot of breweries are very good about reusing its resources — sending old oats and grain to farmers, doing certain things with the leftover water, recycling… During construction and the beginning stages of opening, Declaration worked closely with the Certifiably Green folks to help set the guidelines for breweries. With such a booming beer culture, it’s important that breweries be able to have the same recognition as other businesses.

You also might be able to eventually drink a glowing beer from Declaration. Part of the fun of science and having all the testing apparatus available is experimentation.

“It might be fun to do a live beer culture,” said Blandford. “And then use some recombinant DNA for luminescence on St. Patty’s Day.” That might sound like mumbo jumbo if you don’t know anything about chemistry or biology — it means they might be able to make a beer glow green on St. Patty’s Day.

Declaration already has nine beers ready for you to try, with another pale ale, IPA, and possible stout on the way. They are hoping to have 18 by the end of the month.

“We love ideas,” said Blandford. “It’s our favorite thing around here, that’s what we strive on…The goal is to make Colorado the best craft beer state in the country.”