The Most Unforgettable Concerts of 2014

2014 came to a close, but not without the remembrance of a year that brought us more incredible musical performances than our ears, brains and wallets could handle. Let’s go back in time and relive some of the Mile High City’s best performances of the year. From rap moguls slamming lyrics into the stage at Red Rocks to intimate acoustic performances at all of the venues this great city has to offer, 2014 was truly Denver’s year for shows. Check out our picks below and if we missed something, let us know! Leave a comment with your favorite show and tell us why.

Below are our picks for the most unforgettable shows of 2014 (in no particular order).

As one of the biggest pop-culture-fueled tours of the year, Drake vs Lil Wayne pulled out all of the stops on their Red Rocks sprint. From intense pyrotechnics to acrobatics, the show did not disappoint. While the bells and whistles of mainstream artists isn’t my cup of tea, I don’t think the rap-battle left anything to be desired for fans that night. 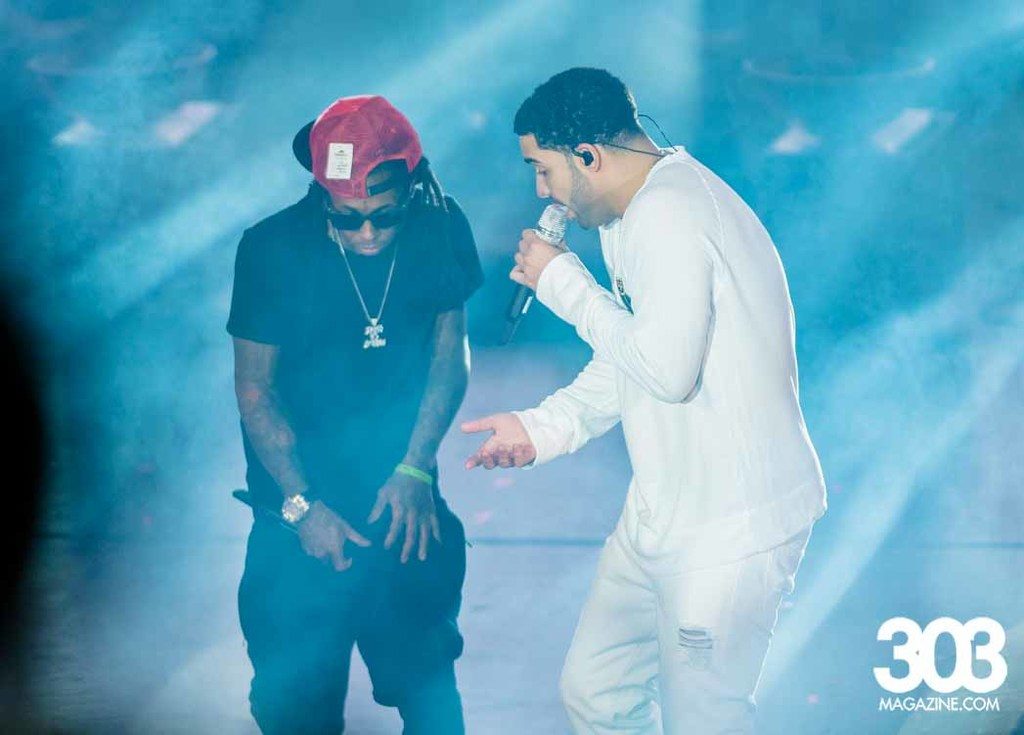 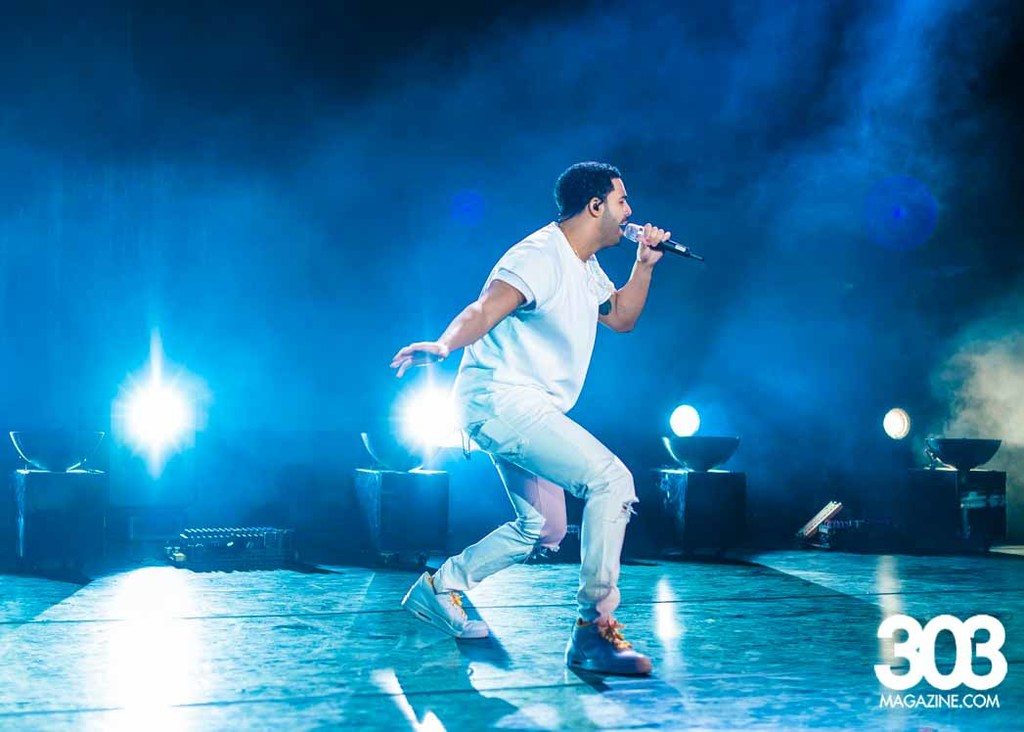 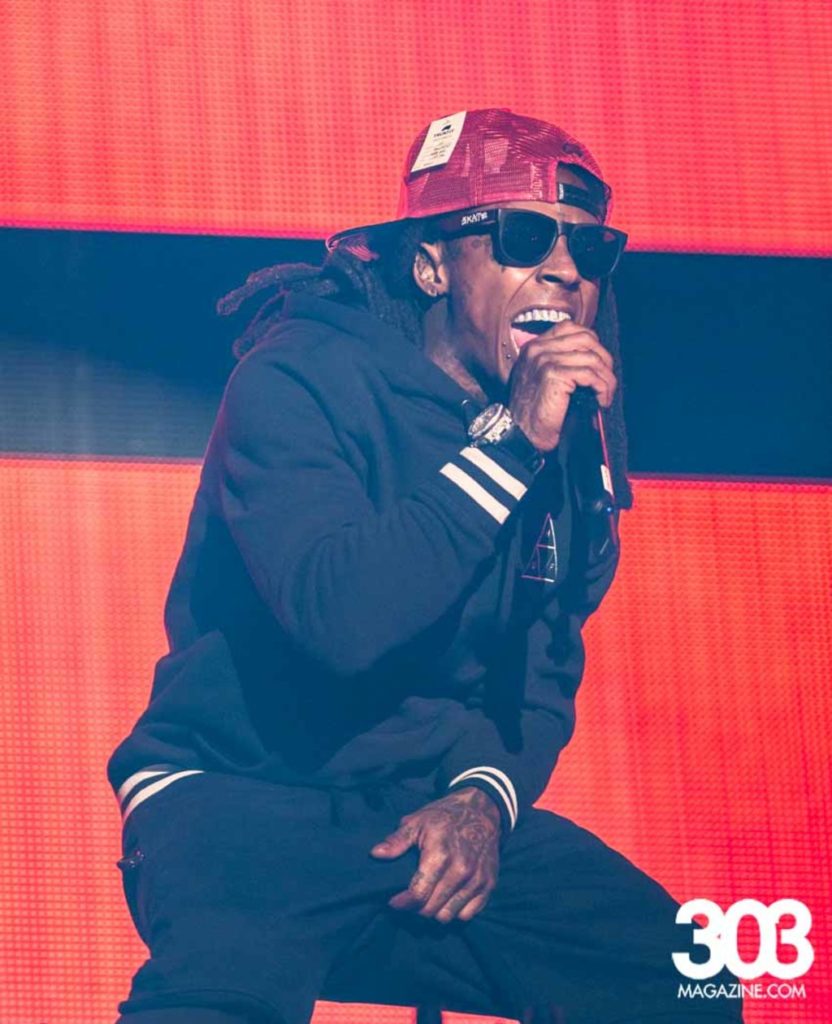 I headed to social media to ask my followers and friends what their favorite show of 2014 was and most of my answers was: the amazing show put on by Chromeo, Cut Copy and Flume at Red Rocks. The rocks were filled with funk for those hours and not a pair of legs in the place were stagnant. Things got sexy and sweaty on the rocks as funky crooners Chromeo entranced audiences with their fresh style and sultry dance moves. Check out our exclusive interview with Chromeo here. 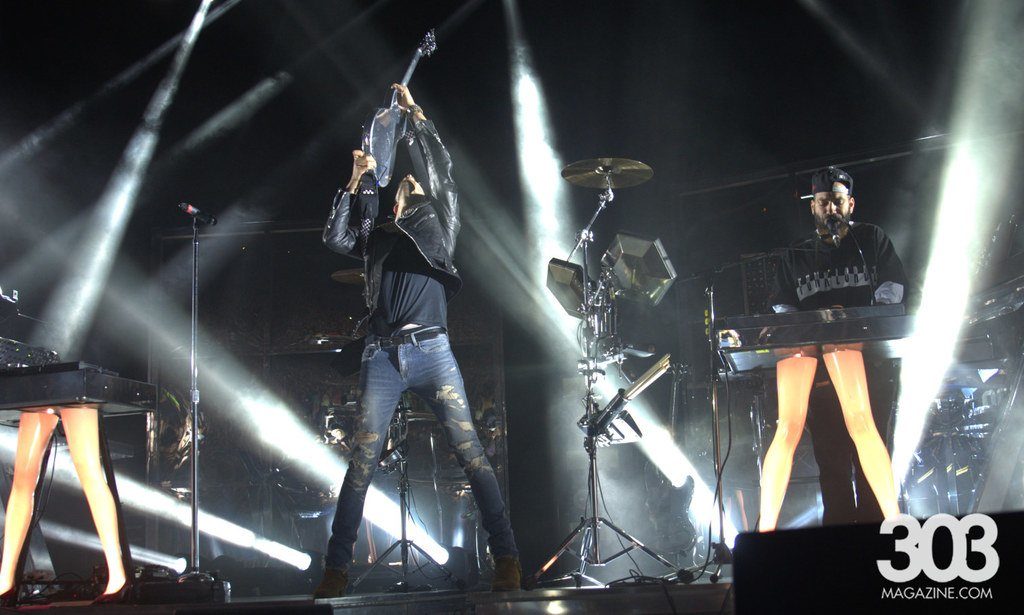 Donald Glover—rap alias Childish Gambino—slammed his way through Denver on his Because of the Internet tour. The hip-hop phenom established himself as a forced to be reckoned with, never wavering through his entire set and delivering fans a loud, exciting, honest and scintillating performance for the ages. 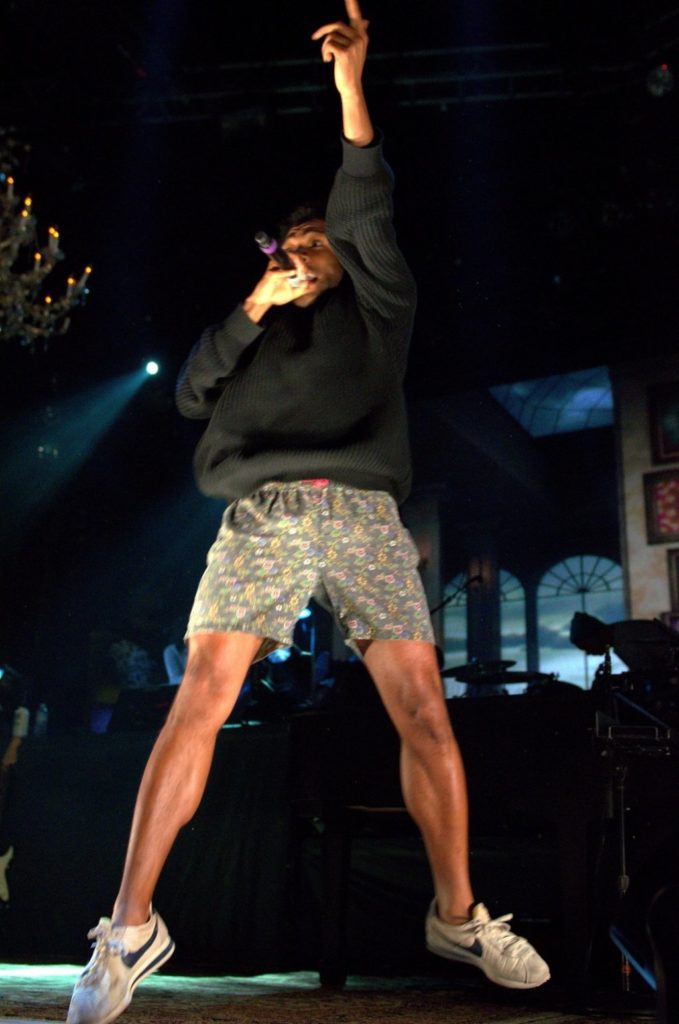 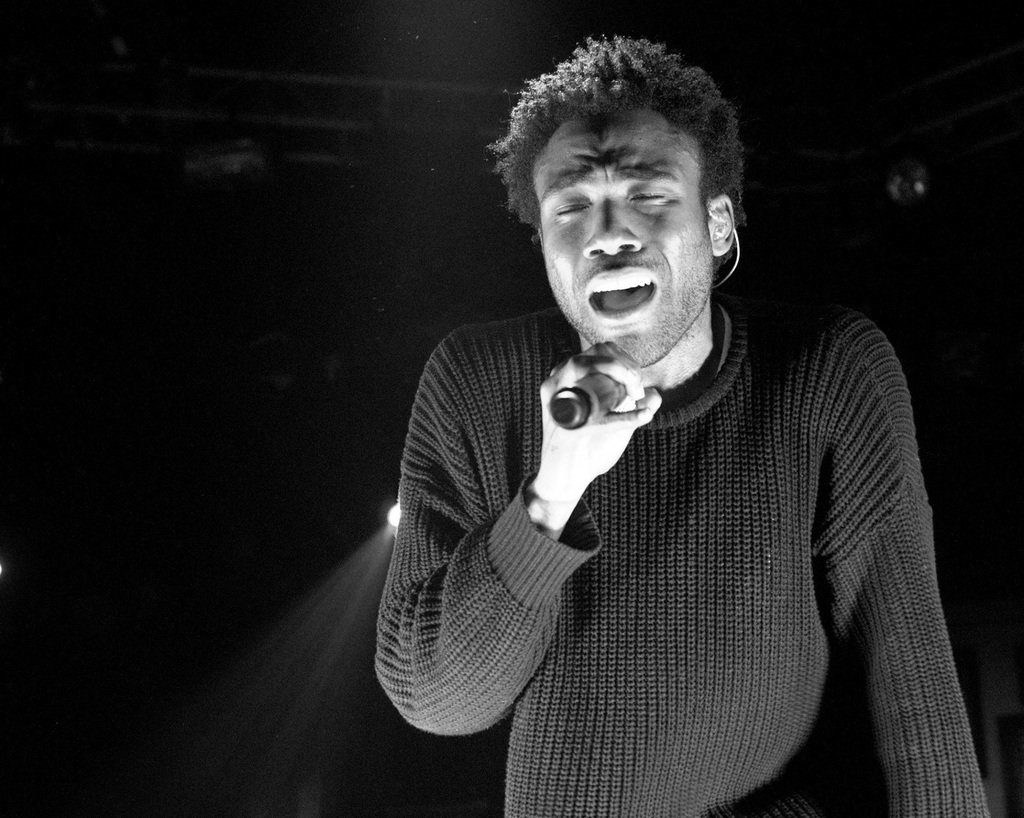 St. Vincent at the Botanical Gardens was swelled with attentive listeners and illuminated Chihuly glass, which added an ethereal, mystical element to the show. As usual, Annie Clark was perfection, flicking the strings with nimble ease, her crazed lavender hair making her look like a character from a Tim Burton film. Mini Mansions was a perfect band to kick off the evening, the entirety of which seemed like something out of a dream. 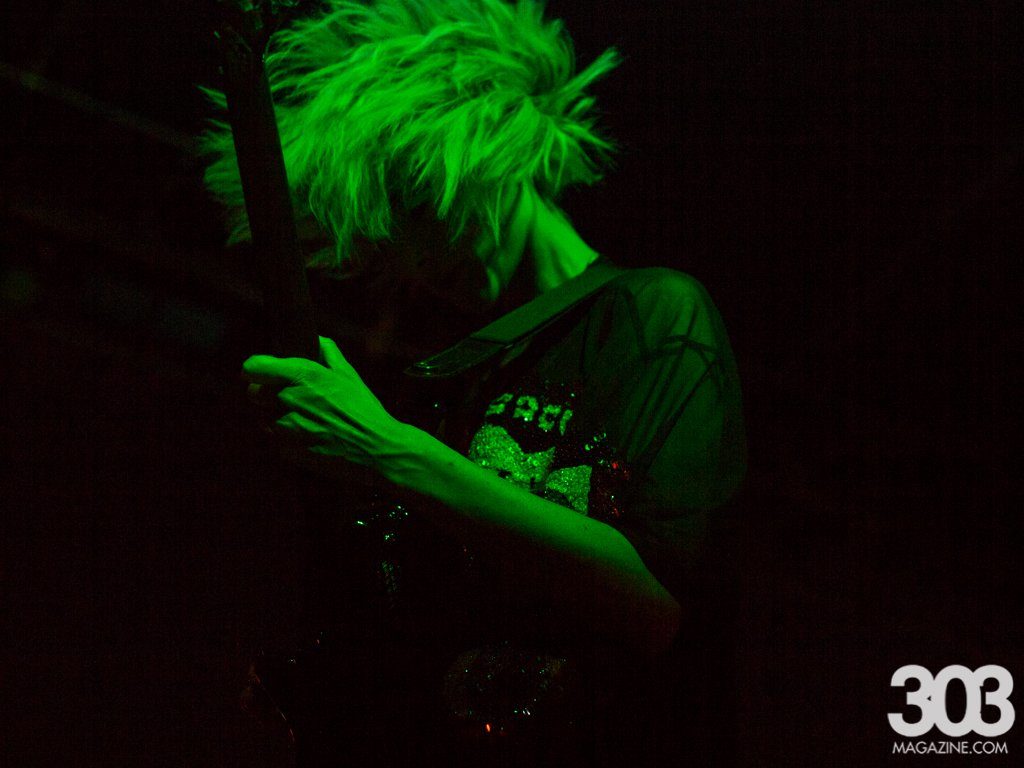 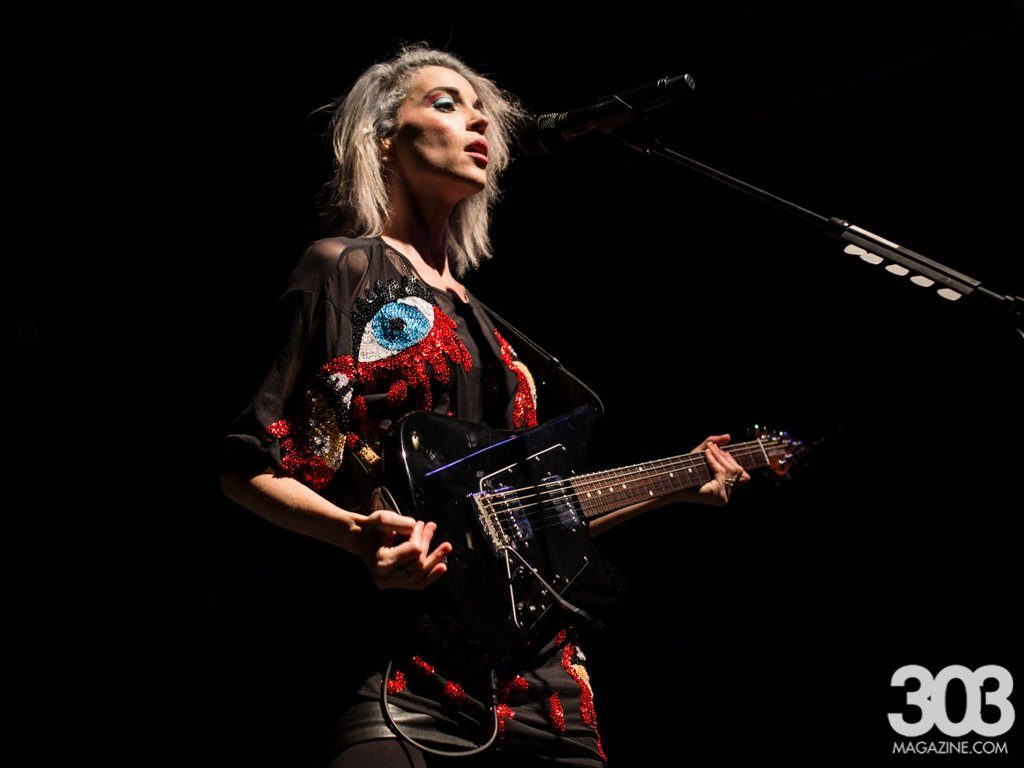 A high school marching band, lasers and 3-d images dancing on the rocks of Red Rocks Amphitheater is just what Colorado EDM duo Big Gigantic brought during their two-night stint for a sold-out Rowdytown III—their most successful run to date. Drums and sax lit up the night, almost as much as the thousands of glowing pinpricks of the Colorado sky. It was an evening we won’t soon forget. 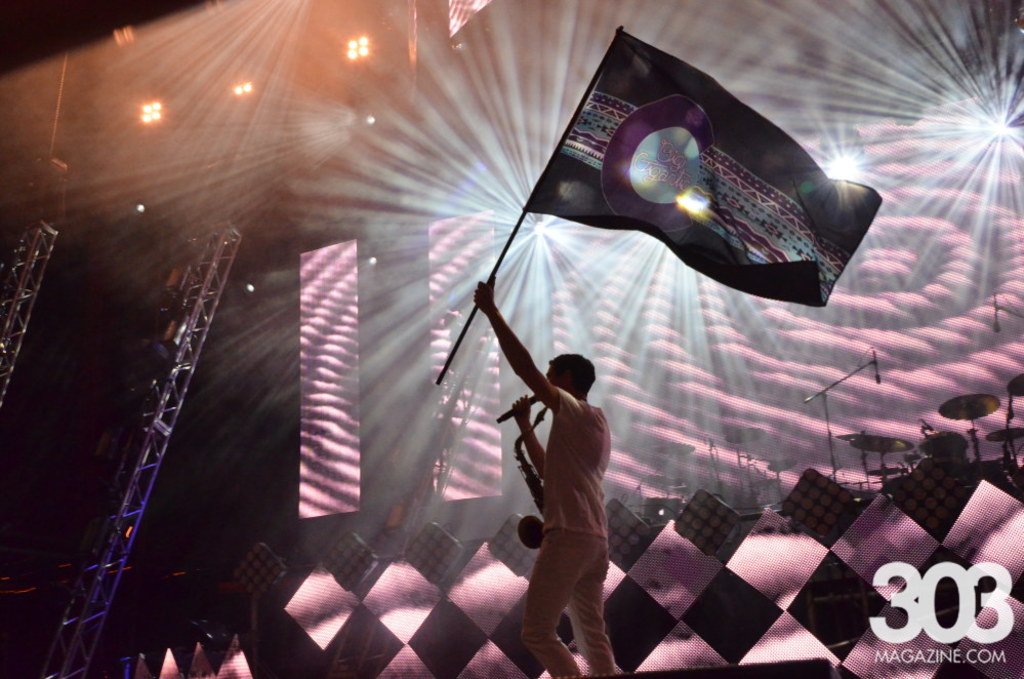 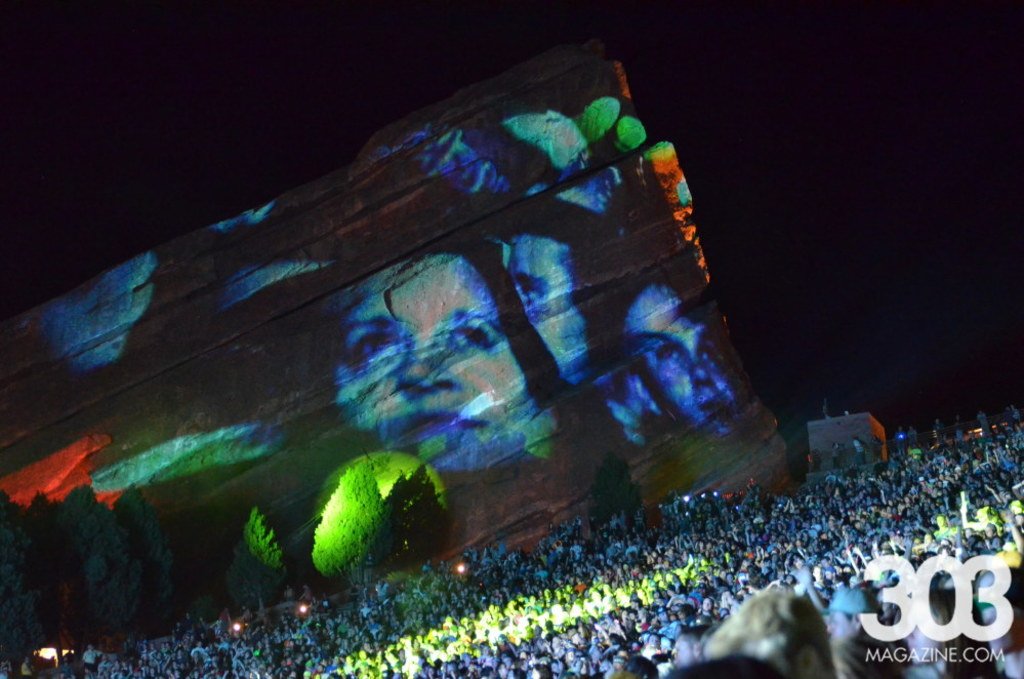 After reuniting with songstress Christine McVie, Fleetwood Mac was in full force at the Pepsi Center in December. It was my last show of the year and one of the best I’ve seen in a long time. It’s not every day you get to stand feet away from rock-and-roll legends as they deliver and unparalleled performance. Stevie Nicks was the bewitching maven she’s always been, exuding grace, mystery and confidence. 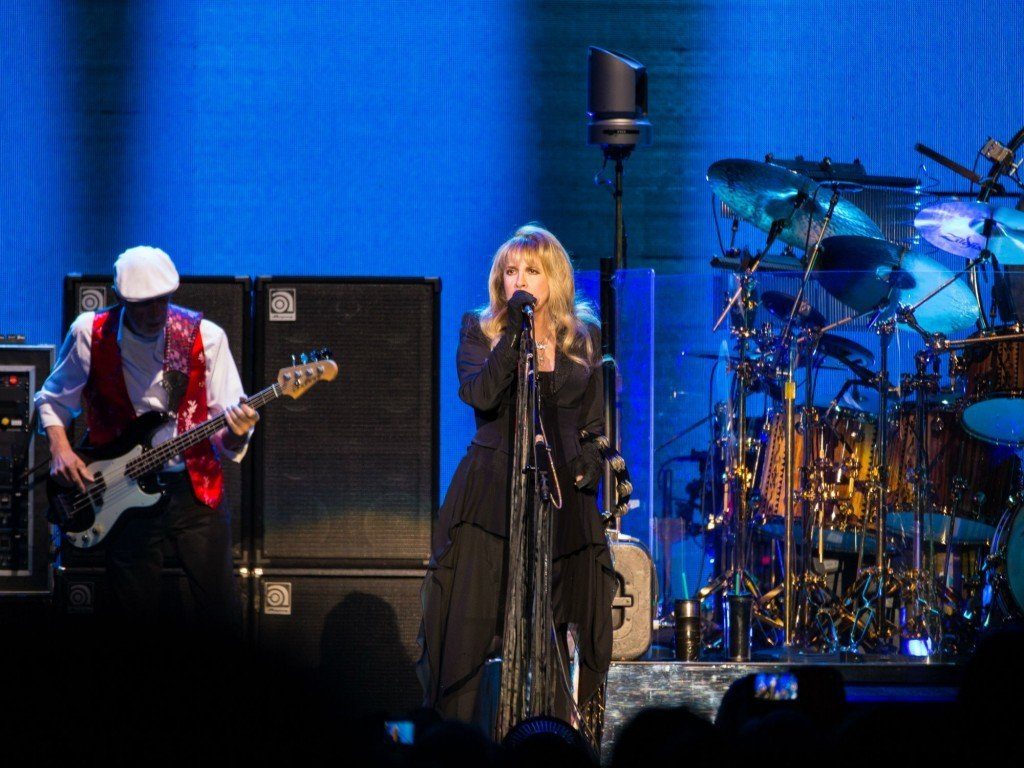 At this point, Ellie Goulding’s talent is unmistakable. Couple extremely high energy, incredible pipes and a down-to-earth humility you just can’t teach, you’ve got Ellie Goulding’s fantastic show at Red Rocks. There were no gasps of breath through the thin mountain air during this performance. The incredibly-fit Goulding bounced around the stage with poise, ease and more energy than an elementary school field trip to Jump City. You killed it, Ellie. 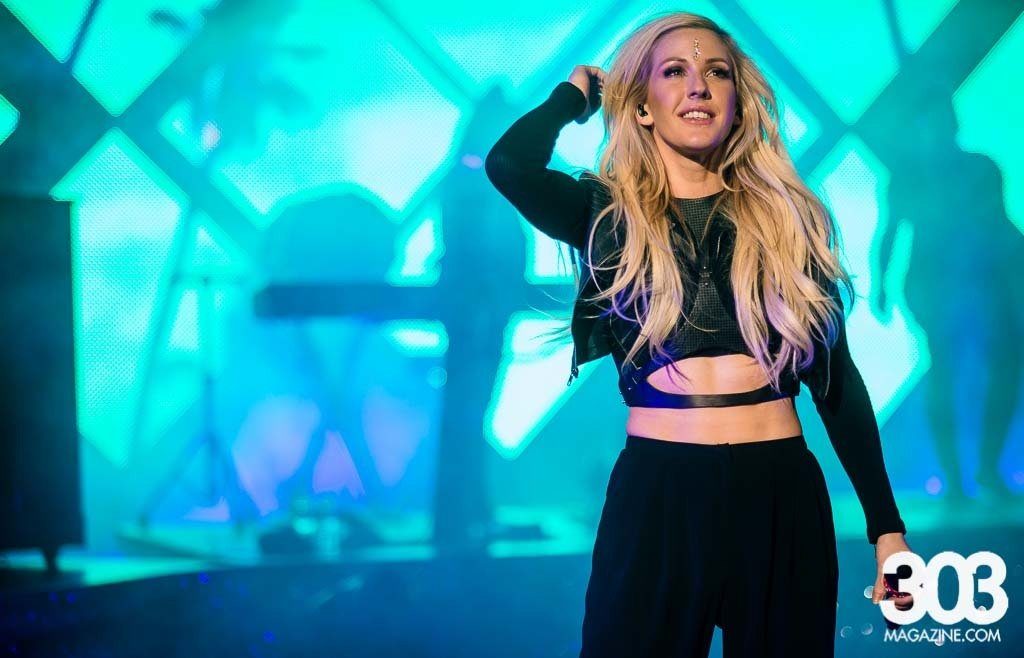 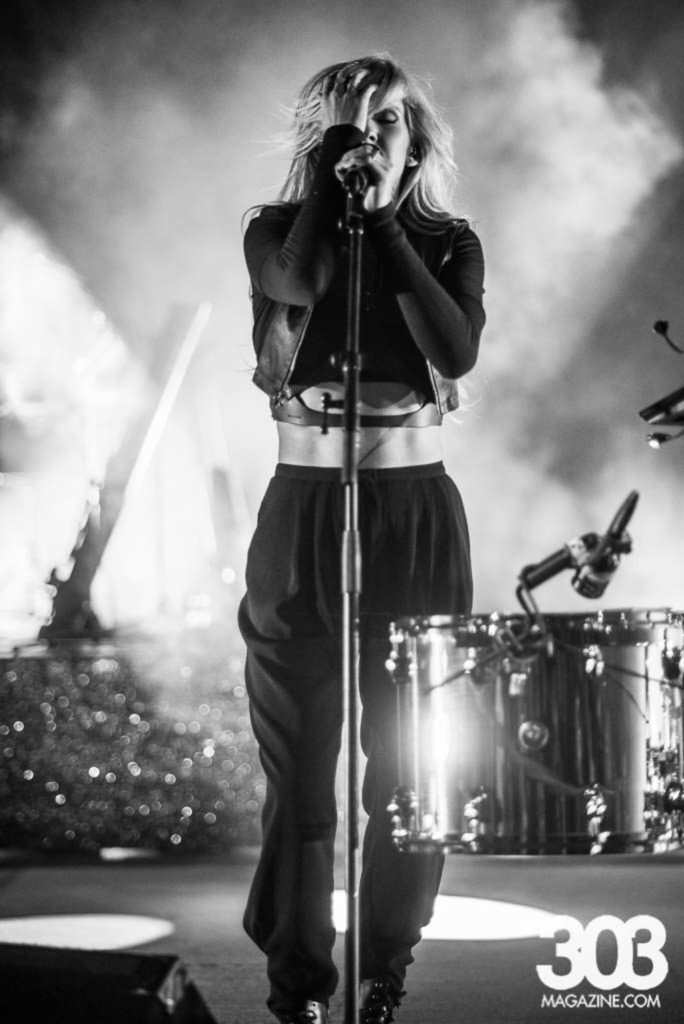 Though this Colorado native has been running through Red Rocks annually for as long as we can remember, he really cranked it up a notch this year. The live band was one step for this funky EDM innovator, but this year Derek Vincent Smith enlisted the help of some very amazing artists comprising the Colorado Symphony. The Symphony heightened the show to something more like a live movie score than a sterile, drug-infused EDM show. There was new life breathed into those rocks on behalf of electronic producers everywhere that night.

Jack White is a force. Couple his undeniable talent with a magical venue and a thunder storm teeming with electricity and you’ve got a performance far more ethereal than anything a human could possibly create. Jack White shredded while veins of lightning struck behind him, illuminating the sky and somehow synchronizing to his sounds and movements, as if the performer had somehow struck a deal with Mother Nature for an extra light show that night. Audience members surely scrambled to get their hands on a copy of that night’s performance, because it was beyond otherworldly.

OutKast has rocky start and some heavy criticism for bored performances and holier-than-thou attitudes from the men, but Andre 3000 and Big Boy hushed the critics with a performance filled with more spirit, energy and passion than their former festival circuit. Maybe the men were saving up their mojo for a Mile High bash for the masses. OutKast get up, got out and got some during their Denver run–and we loved them for it. 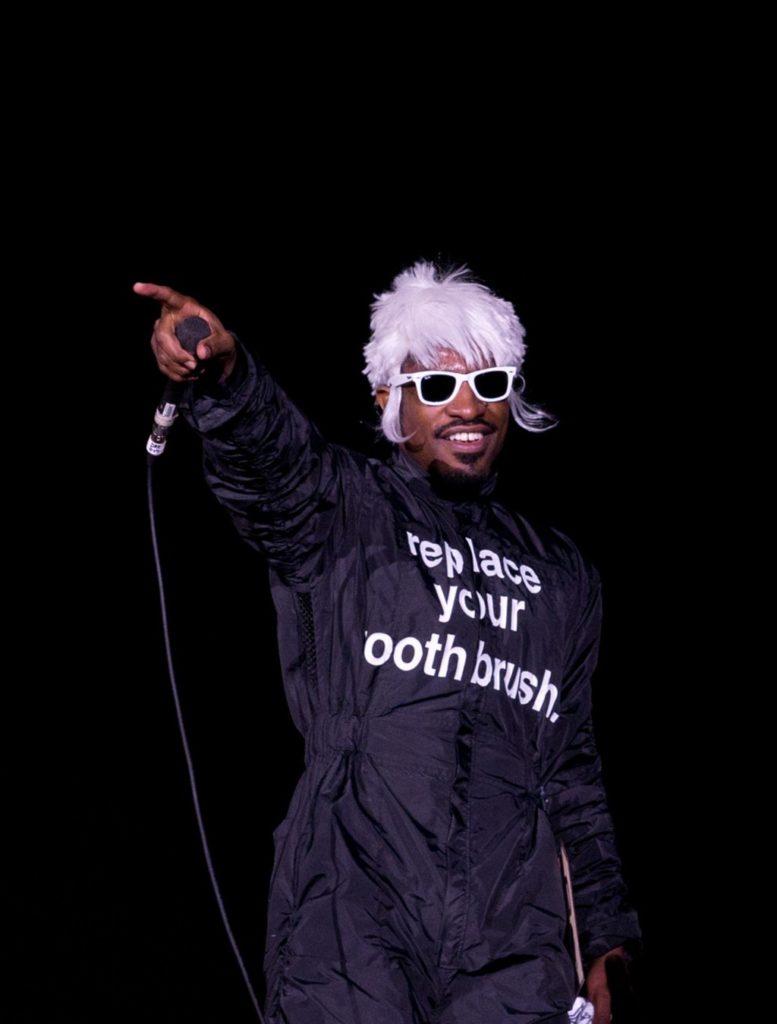 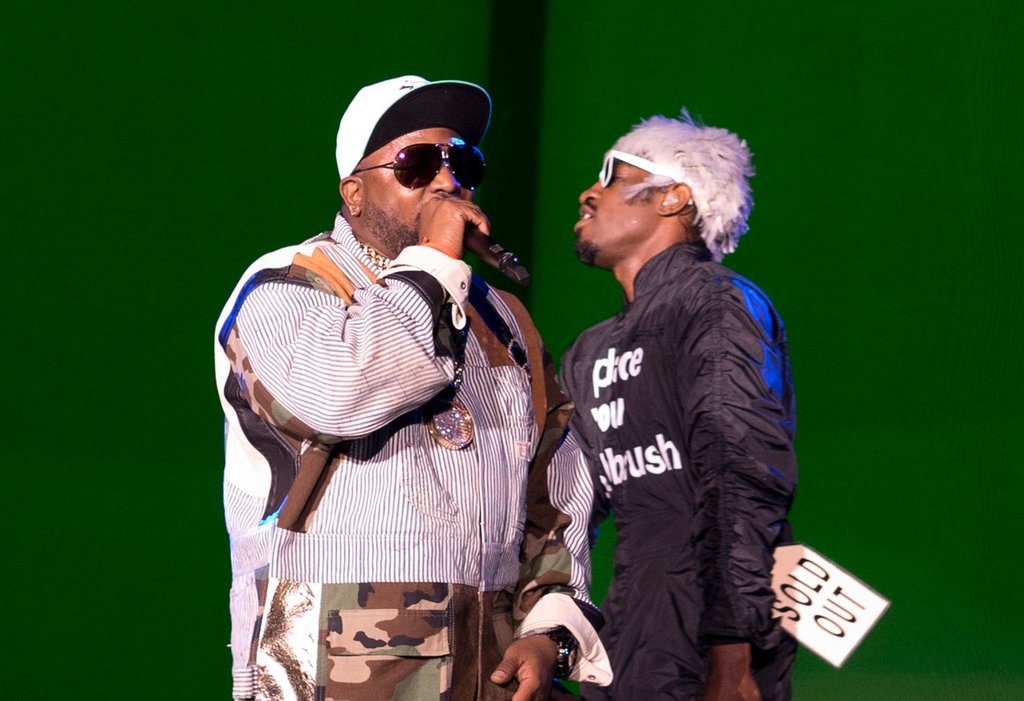 Haim–the bad-ass band of sisters–came through the Mile High City like a posse of sledgehammers, leaving nothing unscathed. With voices of angels, shred skills of some of the best and the cutesy-grunge look of 90s TV icons, HAIM was everything and more. More being the comical bass-faces and flannel-clad crowd of feminist fans. 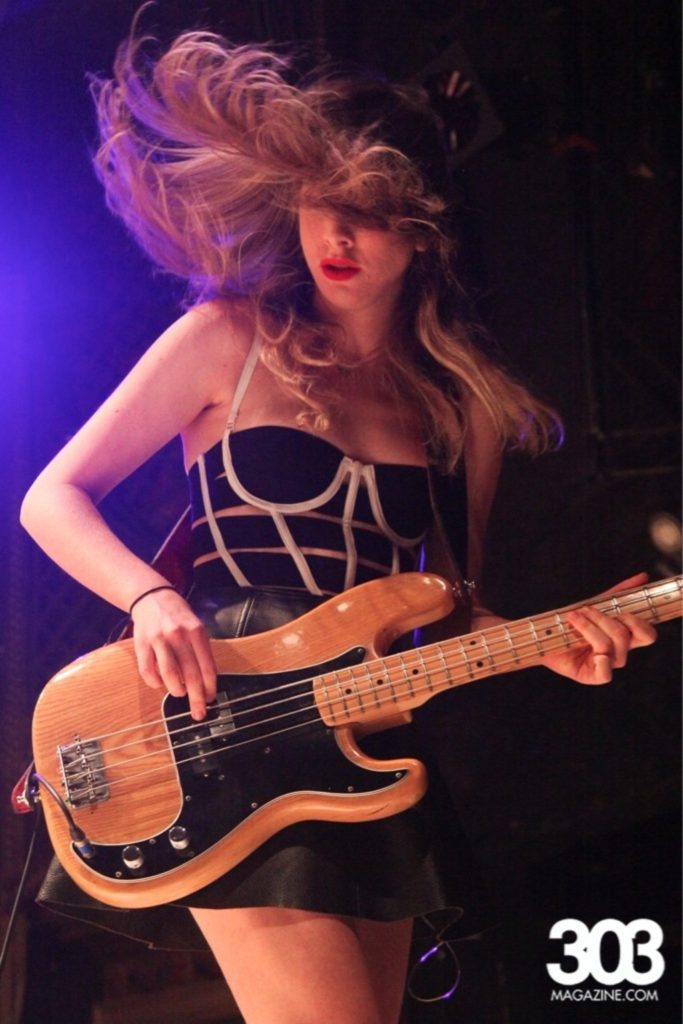 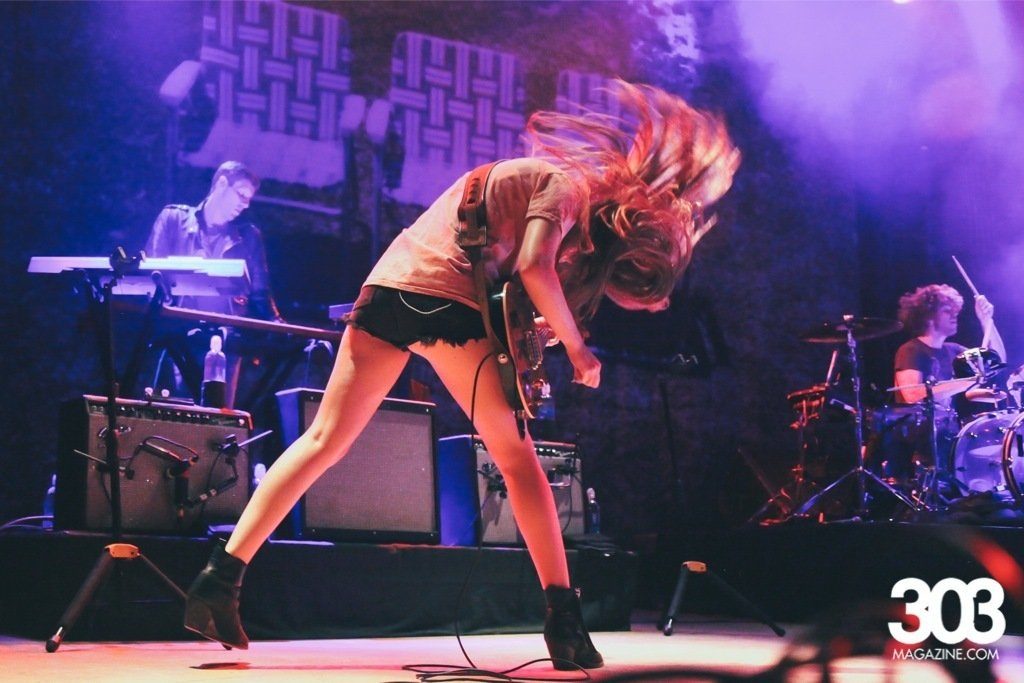 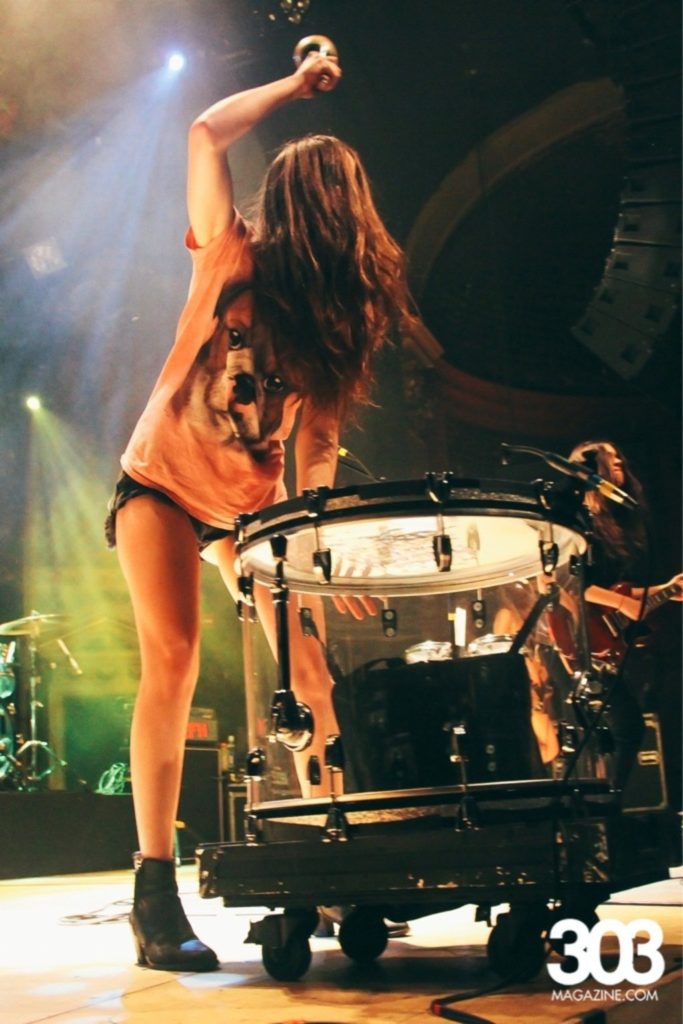 The guys of Lotus hit the Rocks for a very special performance. They called it Talking Heads Deconstructed and masterfully covered the brilliant tunes of Byrne and Co. for an entire set. Talking Heads fans went wild and Lotus fans fell for the deeply-woven songs of the Talking Heads. The weather was perfect, the crowd was friendly and the lights cut through your eyes like jagged gemstones. This flawless performance definitely makes the cut. 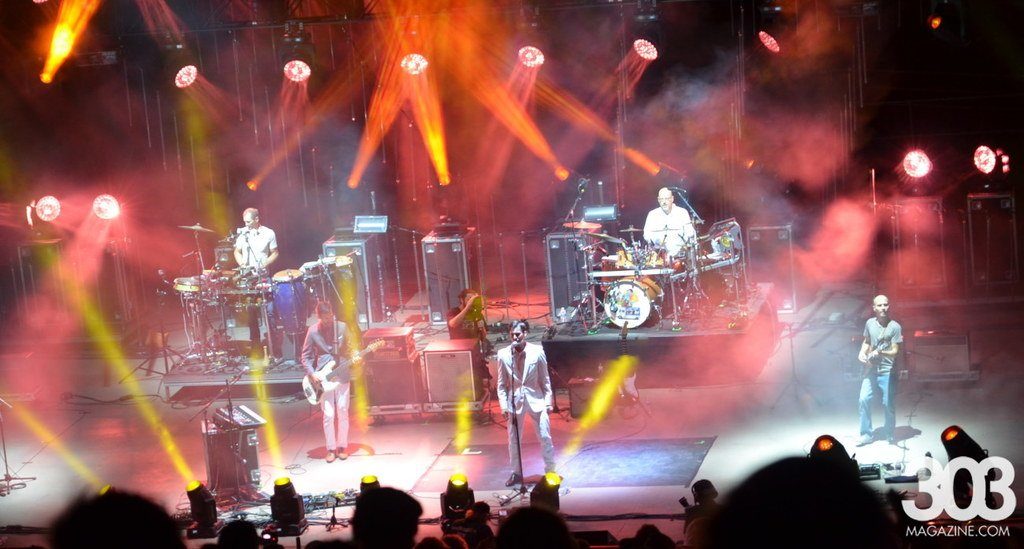 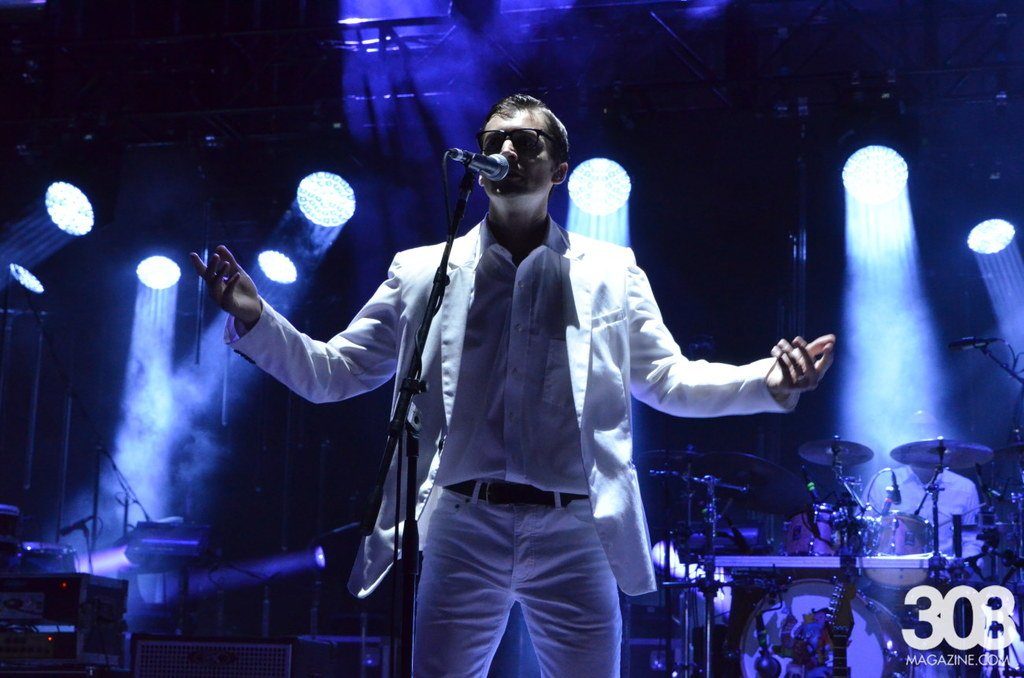 Everyone was smiles at John Butler Trio’s Red Rocks show, including the band who gleamed all night, no doubt enamored by the energy of the crown and the beauty of one of the most amazing venues on earth. The jams continued late into the night and the weather couldn’t have been more perfect, lending to a night that JBT fans and newcomers will remember throughout 2015, no doubt. 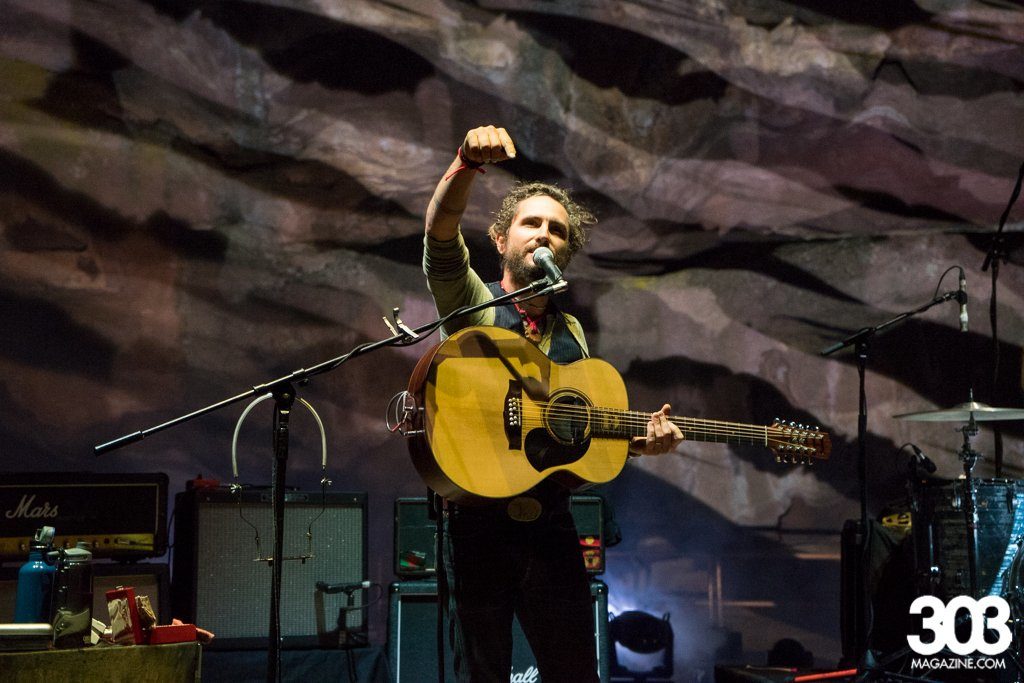 Hozier took 2014 by storm. With immaculate and unique vocals, this singer-songwriter charmed fans with hits like “Take Me to Church,” “Cherry Wine,” “Work Song” and more. To be in such an intimate setting with someone as they dive into the deep recesses of their emotion to deliver a staggeringly honest performance–at times with nothing but an acoustic guitar–is a night to remember.

When Portugal. The Man had an extra night in Denver before their big Red Rocks concert, the band decided to play a “secret show” at the intimate venue of Larimer Lounge. Tickets sold out in a flash, but not before the entire site crashed because of the inundation of people attempting to buy tickets at the same time. Seeing a band that big in a venue so small was a treat for everyone in attendance that night.