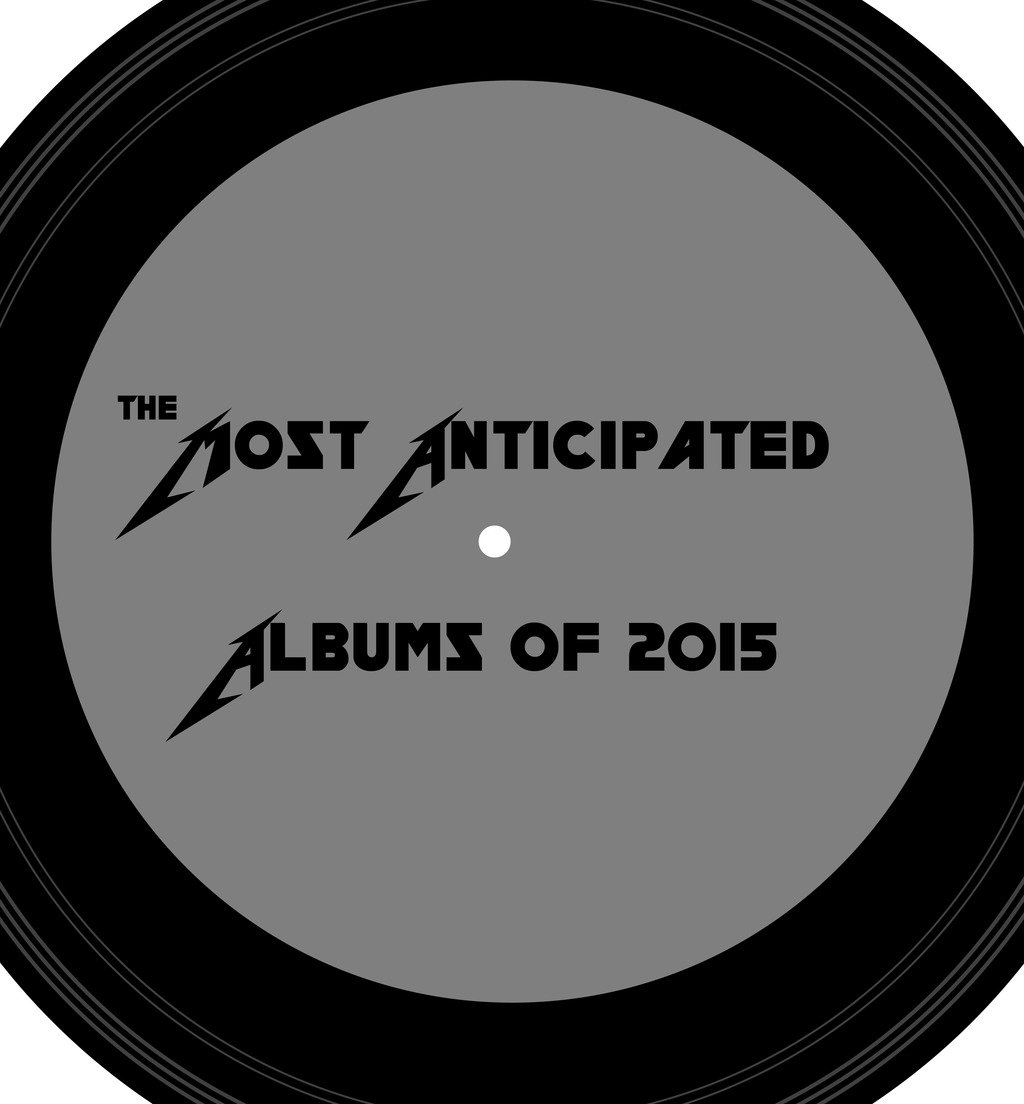 Most Anticipated Rock, Alternative and Metal Albums of 2015

We’ve entered another year, and with it comes a slew of great new music to stuff our ears. Being a music lover is hard these days, not because there’s not enough good music out there, but because there’s way too much to choose from! 2015 is already shaping up to be yet another fantastic year for music, and especially so for rock, alternative and metal. Here are some albums we’re really looking forward to in 2015. 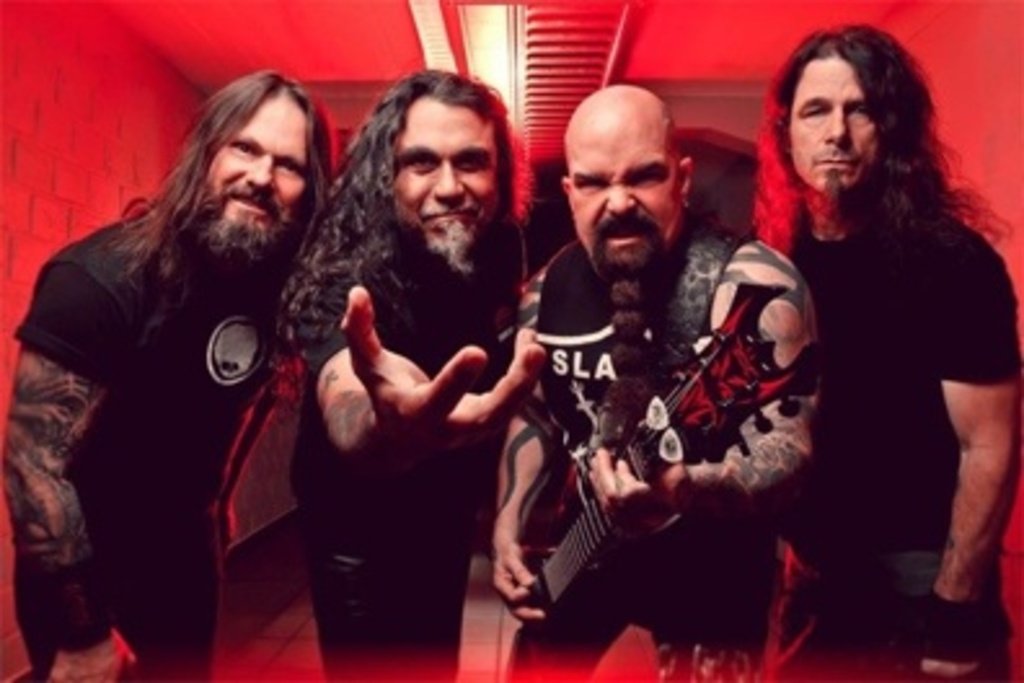 Thrash metal forefathers Slayer are in the studio with producer Terry Date (Pantera, Deftones) and are on track to release their 11th studio album in the second quarter of 2015. This is going to be a big one for Slayer, as it marks their first album without founding guitarist Jeff Hanneman, who tragically passed away in 2013. With Gary Holt of Exodus fame filling in for Hanneman and Paul Bostaph replacing the recently fired Dave Lombardo on drums, metalheads around the world are holding their breath for this album and hoping that Slayer don’t skip a beat in spite of their drastic line-up changes.

Critics and music-lovers alike absolutely adored Deafheaven’s seminal 2013 release, “Sunbather”, even though it was somewhat of an anomaly within the metal scene, with it’s bright pink album cover and oddly-uplifting cross of black metal and shoegaze. Heck, it even spawned its very own font. Last year, Deafheaven toured with prog metal heavyweights Between the Buried and Me as well as doom metal purveyors Pallbearer, giving them a lot of exposure to crowds who may have never heard of them otherwise, and with how well “Sunbather” was received, the band’s new album just might rocket them into hipster metal stardom. 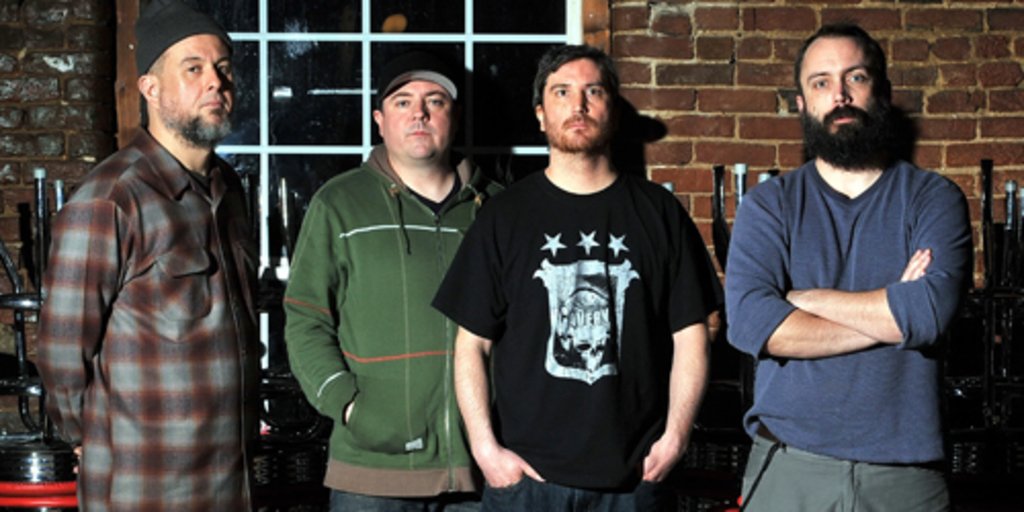 Maryland prophets of doom Clutch have been laying down fat grooves and killer riffs for over 20 years now, and they’re showing absolutely zero signs of slowing down. 2013’s “Earth Rocker” was a modern classic, chock full of vintage Clutch-isms, and it proved that these veterans are nowhere near ready to hand down their rightful throne as the kings of rock. The band is in the studio with renowned producer Machine, who produced “Earth Rocker” as well as 2004’s equally-classic “Blast Tyrant”, and frankly, we cannot wait to hear what classics they have in store for us. 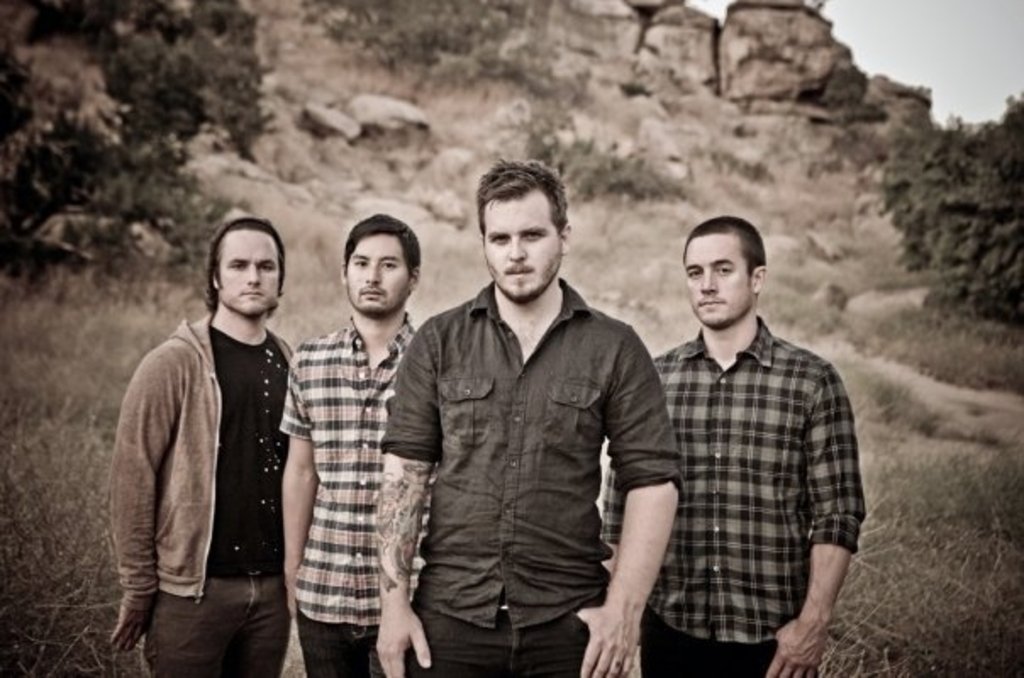 Even though they haven’t actually made an official announcement regarding a new album, rock/post-hardcore connoisseurs Thrice did announce they are reuniting in 2015 after a two-year hiatus, which means new music is bound to follow. Their 2011 opus “Major/Minor” was one of the best rock albums released that year, and was a further step in their artistic evolution. Let’s hope that it was a catalyst for yet another drastic and awesome artistic leap for this legendary Orange County quartet. 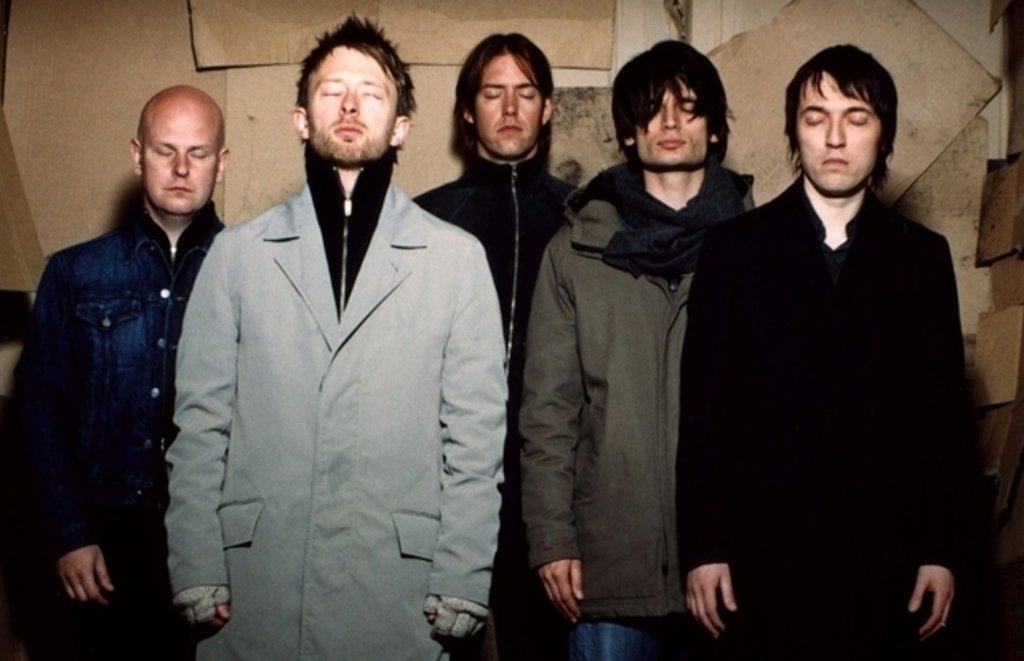 One of the most beloved rock bands of this generation, Radiohead have never been afraid to take risks when it comes to their music. The UK rock superheroes’ creativity knows no bounds, and there’s no telling where they’ll go after 2011’s electronic-experimental “The King of Limbs.” One thing’s for sure though: it’s going to rule. 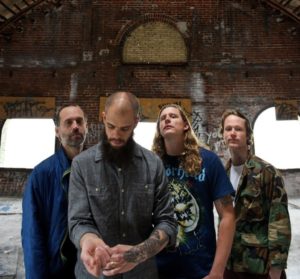 Every die-hard Baroness fan has no doubt been waiting for the new album to hit the stands, and while the official release date is still a little hazy, frontman John Baizley assures us that the writing process is coming along just fine and they are making real progress. Ever since their van crash in 2012, half of the band decided to quit, creating a huge upsurge for the group. However, they pulled through it, and Baizley insists that there is no bad blood between ex-members and the new incarnation of the group is moving forward with flying colors. Not much else is known about the record other than that it will not be a double album likeYellow and Green, and Baizley will do the artwork as usual. From what we’ve heard from Baroness in the past, this is sure to be another heavy and introspective work.
* Written by Addison Herron-Wheeler

Modest Mouse – Strangers to Ourselves 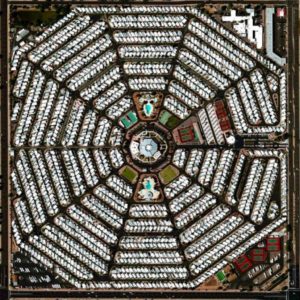 Modest Mouse may have hit their popularity peak circa 2004 when you couldn’t turn on the radio without hearing their smash hit “Float On” (which also ended up in one of the Guitar Hero games), but they have by no means reached their creative peak. The indie rock band is set to release their first album in eight years on March 3, entitled “Strangers to Ourselves,” and if the first single “Lampshades on Fire” is any indication, expect the more of the same catchy, feel-good and upbeat boogies the band is so good at writing. 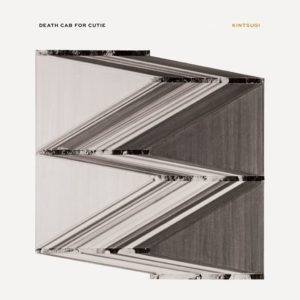 Studio album number eight for indie rock staples Death Cab For Cutie will mark the last with founding guitarist and songwriter Chris Walla, making this a swan song of sorts. The band also enlisted producer Rich Costey, best known for his work with Muse, to produce “Kintsugi”, marking a first for the band, as Walla has always acted as producer. The first single from the album, “Black Sun”, features a nice groove and an electronic-laden guitar solo, indicating “Kintsugi” could be a very different album for Death Cab. 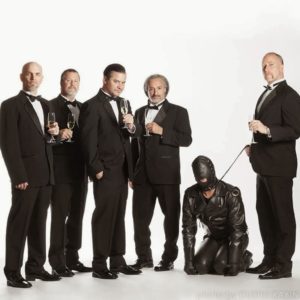 Did you grow up in the ’90s? Then perhaps you remember a little band by the name of Faith No More. It’s been 18 years since they released their final album, “Album of the Year,” or at least it was until the band announced just last year that they would be reuniting and entering the studio to record a new album. Much information surrounding it remains under wraps, but they did release their first new song in 17 years in November, called “Motherf—er”, which will appear on their new album. The track features all the trademarks of a Faith No More song, including a signature Mike Patton schizophrenic vocal performance, and boy, it sure is great to hear his deranged voice again after all these years. 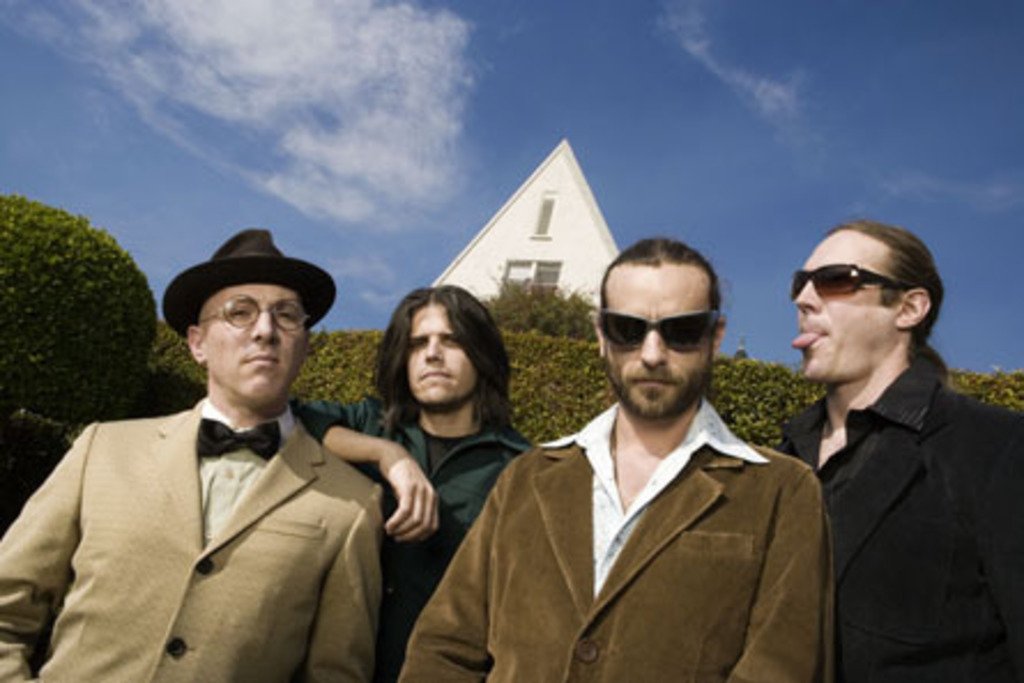 We’re not holding our breath for this one, but we really, really, really hope Tool release their new album that they’ve been promising for several years now in 2015. We know they’ve been writing, and they might even have some demos recorded, but that’s the extent of it. Tool have always been a band shrouded in mystery, so it should come as no surprise that we still know virtually nothing about their fifth album, but for the love of Maynard, it’s been almost 10 years since “10,000 Days” was released. Give us something already! Even just a little nibble will do!