The Grind: Care and Craft at Huckleberry Roasters 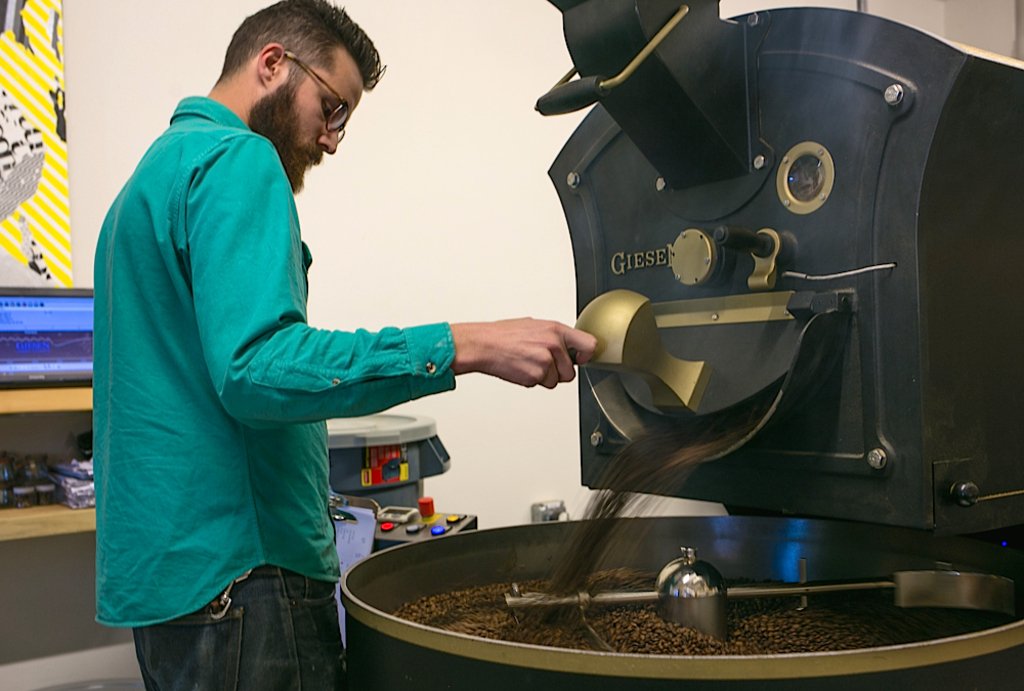 The Low Down: An insight to Huckleberry’s seasonal roasting process

At approximately 7 a.m. on any given Monday or Tuesday, you’ll find Koan Goedman opening the doors to Huckleberry’s flagship store. Goedman, a tall, pensive looking man with stylish oval shaped glasses and a beard to match, is co-founder and lead roaster at Huckleberry. He comes to the Sunnyside location on this set schedule to begin roasting his weekly 400-pound batch of coffee. His practice involves only a couple of simple steps, much of which is waiting, but depends largely on expert sensory testing in order for it to be successful. That is why Goedman explained that much of his work relies on tactical and olfactory cues throughout the roasting in order to ensure the perfect caramelization of single every bean. He’ll even scan each portion at the end to pick out “quakers,” pale, un-roasted beans that can unbalance an entire batch.

“Tasting has a big impact on our roasting philosophy.” 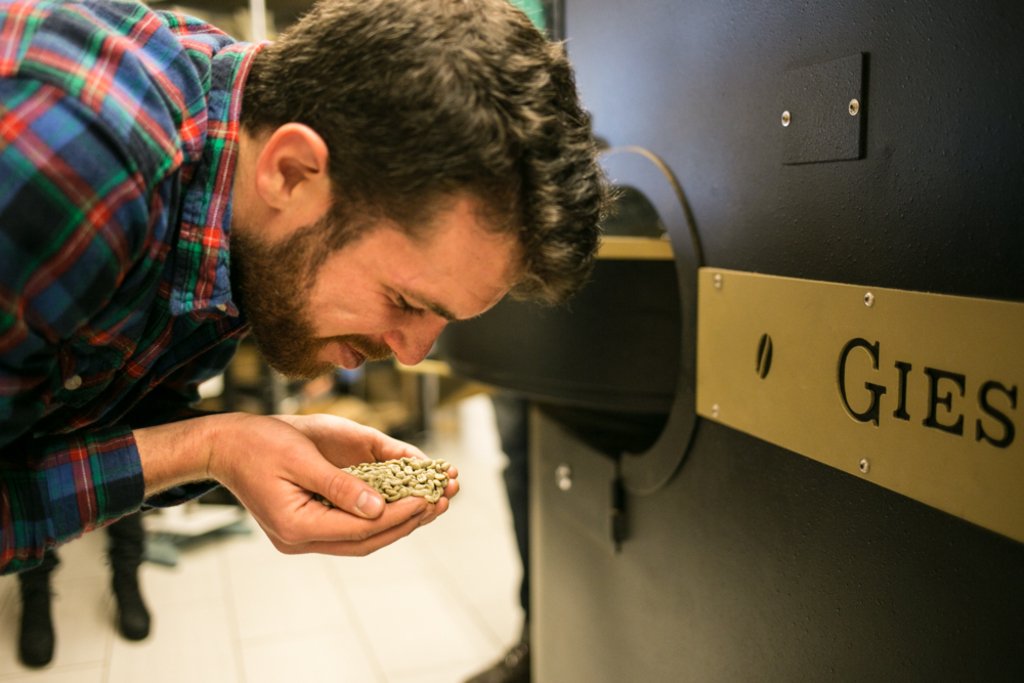 “Just one of these can make everything taste off,” he explained while pinching a pale bean between his fingers.

He and his partner, Mark Mann, started this operation only about four years ago after they met in a coffee shop and bonded over their love of coffee and music. They, like most aspiring entrepreneurs, decided to chase their dream by starting out of a garage. Now Huckleberry has two locations in Denver and distributes to coffee shops in five major cities (Chicago, San Francisco, Portland and Nashville).

“Yeah, we [distribute] in all the hip cities.” Godeman joked while pulling a sample from the roaster. Watching Goedman and his team work, it’s clear why these guys have been successful. Because even the meticulous and ultra-sensory roasting process is only one small step in the long chain of what goes into producing Huckleberry’s coffee.

“This part of our job is relatively easy. What we work really hard on is to bring in green beans that are pretty exceptional that have awesome intrinsic flavors… That’s really what Kevin does,” explained Godeman. 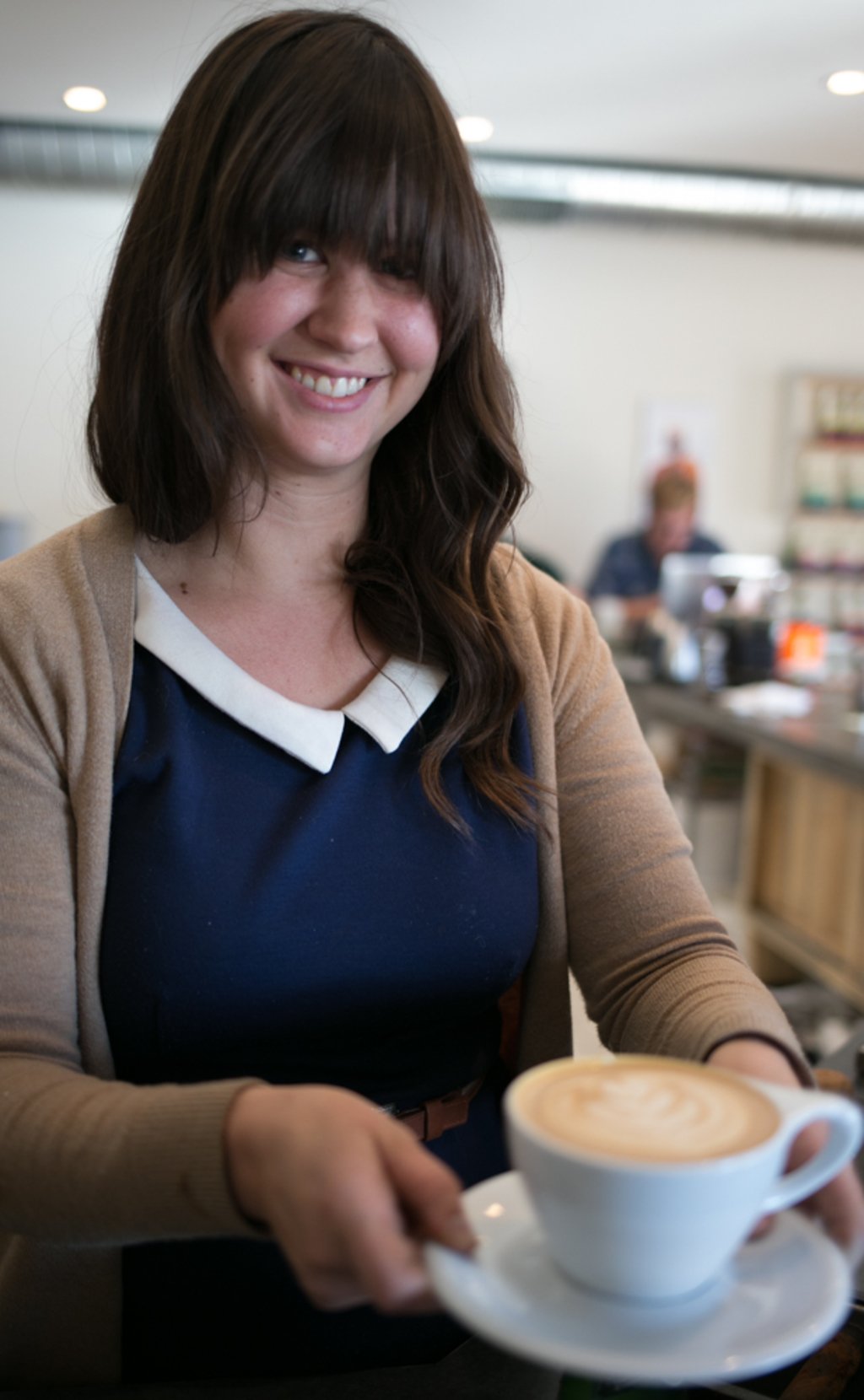 Goedman was referring to Kevin Nealon, head of green coffee buying and wholesale at Huckleberry. Nealon, who you can usually find roaming the roasting room with a clipboard full of detailed notes, works to bring in different green, un-roasted coffees into the shop from all over the world. Typically Huckleberry sells about six different types of roasts, but rotates them out every three to four months based on a seasonal schedule. This ensures that every batch they produce is exceptional and fresh. Nealon, however, not only purchases the green coffee but tracks it through its entire process from harvest to bag. At least three times a week Nealon and several others at the Huckleberry team will go through “cupping,” a practice that involves tasting each roast.

“Tasting has a big impact on our roasting philosophy… Each week we work to improve upon certain aspects of one roast. We learn as we go. We [learn] which variables make certain changes to the roast and that shows us how we can keep getting better, ” Nealon explained.

This philosophy really shines through in the Blue Orchid roast, a take on a traditional espresso, however the most unique roast is one where quality is combined with a dash of spontaneity. The Phantom Limb Roast is an ever rotating selection of unique beans that Huckleberry hand picks to showcase the fruit origins of coffee.  The flavor profile can change depending on which roasts they decide to use,  but this particular batch evoked strong jam-like notes that were both velvety and bright. Try it in a cappuccino for a delicious dessert-like coffee that’ll make you feel like you’re diving right into a nice thick cut of blueberry pie.

“We really just want to showcase the potential of the coffee. We are always working to make it better and better,” Nealon explained.

Huckleberry, along with many other Denver roasters, are working hard to not only ensure that your morning coffee is delicious but that the product that comes from the corners of the world is well respected.  Goedman explained they hope to someday procure a majority of their beans directly from the farmers. Until then they hand select their distributors with care and research. Nealon has even personally worked on one of the farms that provides Huckleberry with green coffee. 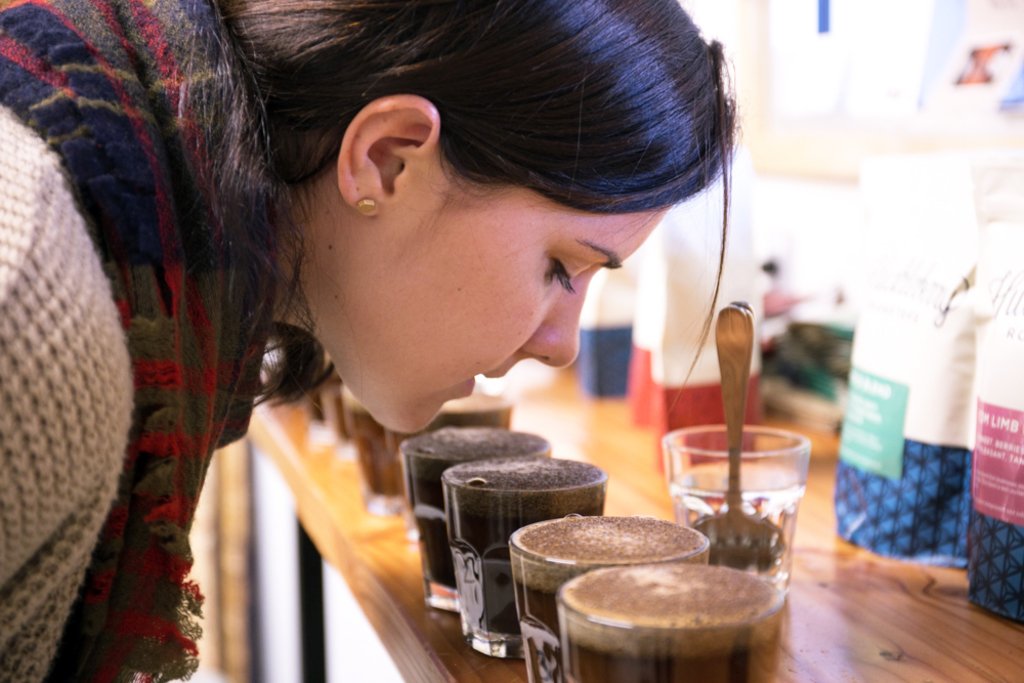 Natalie Roth: Head of Community and Partnerships, in the middle of the “cupping” process.

With this passion that Goedman, Nealon and the rest of Huckleberry team exhibit, it’s easy to believe that Huckleberry will continue to grow in the right direction. This is important because having roasters like Huckleberry dedicate themselves to the ethics and correct practices of roasting and selling coffee will hopefully keep locally roasted coffee on a fair trade track. But we aren’t concerned that Denver will stop caring for coffee, especially not when it tastes this damn good.