Tom Petty and the Heartbreakers tell tales of kicking up dust in your hatchback. They reel you into the emotionally-charged whims of dreamers and vagabonds, of American heroes and ‘even the losers.’ Tom Petty and the Heartbreakers could’ve packed the Pepsi Center. They could’ve played indoors at 1st Bank, out of the cold and the rain in a sterile arena with better lighting and more bathrooms. But they didn’t. Petty and his Heartbreakers, joined by fellow rock-legend, Steve Winwood, chose to play not one, not two, but three nights at the majestic Red Rocks Amphitheater.

Fans hunkered down in ski jackets, hid their rain-soaked faces deep inside hoods and shared their own tales of Tom Petty. Tales of sitting in the back of their mom’s GEO Tracker listening to “Mary Jane’s Last Dance” or a man twirling his now wife on their first date to the tune of ‘Here Comes My Girl’. Petty may not be a storyteller on stage, but it seemed the crowd both nights each held a Tom Petty story close to their heart. 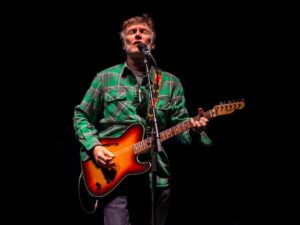 Steve Winwood and his amazing band opened the shows with the starry-eyed, jazzy rock that propelled him to solo fame after his departure from legendary group Traffic. Backed by a talented group of musicians, he soared through his opening set with grace and gratitude. He played hits that got fans roaring and swaying to the bluesy, island-rock beat. Tracks like “Back in the High Life Again” and “Higher Love” had the audience up in arms, shaking and shimmying while belting out the iconic lyrics. He finished with “Dear Mr. Fantasy,” one of Traffic’s biggest hits in a spot-on rendition that my old man would’ve praised. 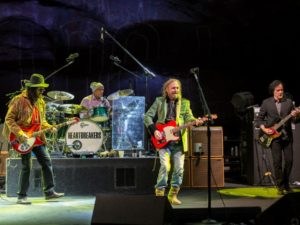 After Winwood, Petty and his Heartbreakers sauntered onto stage clad in a rustic-looking garb, classified somewhere between present-day hipsters and All-American heroes. Petty wore light blue jeans, work boots and a green, velvet overcoat. The second night he wore the same outfit but added a gypsy headband to mix things up a bit. Lead-guitarist, Mike Campbell wore a coveted fringe jacket that seemed to grow wings when he took his guitar riffs to maximum amplification. They opened with “So You Want to Be a Rock-n-Roll Star” and then they were tearing into “Mary Jane’s Last Dance” without so much as a transparent introduction.

“Hope you’re in the mood for some music tonight,” drawled Petty in an eerie, echoing southern accent that one might expect to hear inside a haunted house in Alabama.

Petty might’ve been stumbling through his speech both nights I went, but his jovial intoxication seemed to have no effect on his poignant renditions of rock classics. Backed by his right-hand-man, Mike Campbell, Petty slathered his twang onto old comforts as well as newer, hard-hitting tracks from his recent release, Hypnotic Eye.

Petty and the Heartbreakers dove into “American Dream Plan B” (from Hypnotic Eye) with a vengeance. Surprisingly enough, the lyrics to this fresh track echoed from the crowd’s lips all the way to the tips of the sandstone towers. 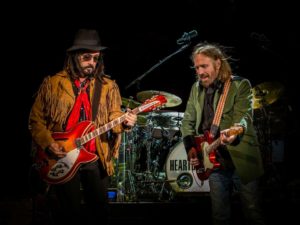 Campbell and his masterful guitar plucking unleashed during this garage-rock riff, as Petty snarled through the lyrics with abandon. They slowed down the tempo for “Here Comes My Girl” and the gaggles of older couples held one another close, probably reliving the loss their virginity in the back of someone’s dad’s Chrysler.

“It’s so good of you to be out here when it’s cold and rainy. But I don’t mind at all,” chirped Petty.

The band began playing “I Won’t Back Down” and fans yelped and squawked their own renditions of the tune. At times it seemed the crowd drowned out the sound of Petty’s voice, which sounded as raspy and torn as when he first started out as a small-town ruffian from Gainesville, FL. The band strolled through until coming to the iconic “Free Falling,” an ode to the San Fernando valley and every high school girl’s ode to her boyfriend being a real dipshit.

This guitar looks like any other guitar, except it has twelve strings. This next song is the song I wrote while learning to master this instrument.

And the acoustic chords fell into a crisp version of “Yer So Bad,” a personal favorite and a syrupy, sentimental elegy storing the true dysfunction of most relationships between its playful lyrics. The aural sap continued as the band slipped into a special acoustic arrangement of “Learning to Fly,” another nod to the coming of age theme in many of Petty’s songs. Petty’s lyrics have always encompassed an inspiration that gets the sleep-til-nooners moving and the got-to-do-ers to stop and think. They’re strangely powerful, if not mischievous by nature.

The sound was there, the nostalgia was there. But at times it seemed as if Petty didn’t feel the need to “sell it” anymore. The vocals were aces, the guitar mastery was impeccable, but a certain emotion was absent. The same sort of abandoned sentiment of your favorite athlete in a regular season game thirty years after the start of his career, when before every game seemed like a trial-by-fire attempt to prove himself. Don’t get me wrong, I geeked out as much as everyone’s parents beside me. But even with the majestic rainfall glittering in the stage lights, Petty seemed almost too seasoned, too cool. Though he seemed to enjoy himself immensely a Mile High. 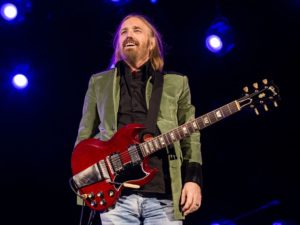 The bar is high for legendary musicians like this. And Petty’s inebriation both nights was a testament to his musical efficacy, if anything. But still, the aloof demeanor could’ve been a byproduct of the legal weed, or the just fact that they played nearly the same set at the same venue, three times last week. But the weight of these excuses doesn’t overshadow the fact that Tom Petty and the Heartbreakers gave the people what they paid for—a rock concert. It’s no easy feat to keep your band together for decades, nor is it something seen often in the rock-and-roll world. The “newest member,” as Petty called him, is drummer Steve Ferrone, who’s been with the band for over 20 years. There’s something to be said for that type of allegiance.

At the peak of each night, Tom Petty and his Heartbreakers were a roaring machine of technical proficiency. At their poorest they were a great band with a lackluster passion for each and every performance. But no matter how you look at it, hearing your favorite Tom Petty and the Heartbreakers tunes between the red rocks in a steady stream of rainfall was an enchanted experience. The band closed with “You Wreck Me” and “American Girl” and as audience members cleared out early to get out of the rain and into their cars, other fans took the opportunity to turn the spacious stands into their own personal dance floor, in some silly rain dance tribute to all that is American rock music. 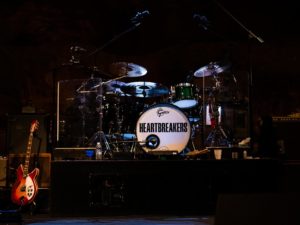 **For more photos from the wonderful Camille Breslin, check out our gallery here.