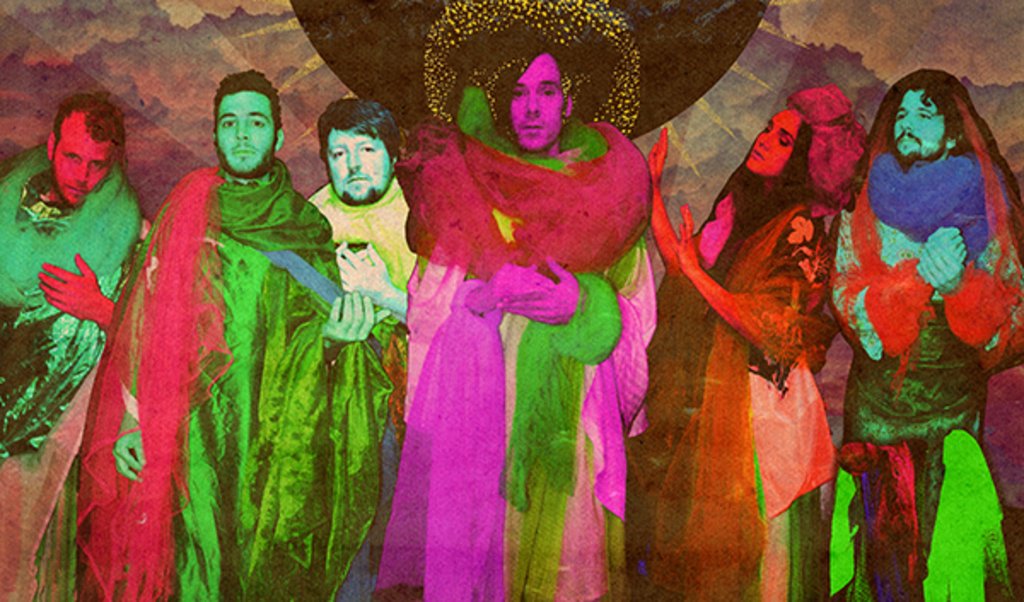 The Get-Down: Denver Concerts This Week

Whether you’re still recovering from the Great American Beerfest, slurping down your precious pumpkin spiced latte, or planning your upcoming Halloween costume- one thing remains consistent in Denver on this first full week of October: a plethora of concert options for your listening (and dancing) pleasure. 303 Magazine has done your work for you, compiling this week’s must-see Denver concerts at venues across the city, encompassing bands of all shapes, sizes, and sounds. Read on to hear about our recommended shows taking places this week in Denver.

Yeah, they’re pretty weird. For a band that’s been together for nearly twenty years and has released an album nearly every year since 1997, they’re pretty hard workers, too. Kevin Barnes and company have evolved their band from a vaudevillian psychedelic lo-fi pop trip into a funky, indie afro-beat experiment in recent years. Their latest album Lousy with Sylvianbriar (2013) was written primarily by Barnes while conducting “a self imposed isolation experiment in San Francisco.” The band is also slated to record a live album this fall and has a new documentary out called The Past Is a Grotesque Animal. Don’t miss Of Montreal’s bizarre live antics taking place in Denver mid-week.

This trio of high school buddies have only been officially touring together for a couple of years, but have developed quite the cult following, opening for bands like Alt-J and Portugal. The Man. They’ve performed for the teeming crowds at SXSW and have received praise from NYLON, Time, and BBC Radio 1. Their new album No Moon At All was released in August as their first full-length album. The band meshes fresh electronic elements with drifting vocals and a more pensive take on indie-pop. Opening for Wildcat! Wildcat! is White Hinterland–the stage name for Casey Dienel–a moody pop singer with mesmerizing vocals ala Ellie Goulding. Dienel’s album Baby has already garnered some major acclaim. Her vocal play is impressive and her grasp on darker R&B fused pop makes White Hinterland an artist to watch.

Been to Sonic Bloom? Like the scene? Well, then don’t miss this weekend’s 2-day mini-festival at Cervantes’ and The Other Side. There is a whole slew of music, including organic beats, ambient down-tempo electronica, raw and melodic soundscapes, and more. You know… that sexy, shiny, drippy kind of music that feels so good when it’s pulsing and oozing from the speakers. There will also be funky, jammy, improvisational stuff. And heavy, thumping bass. Experimental and explosive- all of the featured artists at Sonic Blossom are masters of their field. It’ll be just like this summer’s past festival, minus the bitter cold wind and sleeping bag cuddle puddles.

Remember Nas? Sure you do. Big in the 1990s, publicly bickering with Jay-Z, selling platinum records, more recently collaborating with Damian Marley on reggae albums, donating tons of money to charities in Africa… he’s only one of the biggest hip hop artists of all time. Yep, he’s also in Denver this week. It is reported that Nas has just completed his twelfth and final album with Def Jam, which ought to be released in the near future.

Local bluegrass band Mountain Standard Time is throwing an album release party, and you’re all invited. Their new album Highway Lines will be released tomorrow. The band recorded Highway Lines in their new MST Studios, where they produced, recorded, and engineered each track to perfection all by themselves. In regard to the new album, mandolinist Nick Dunbar says, “We wanted to create a group of songs that would resonate well with a wide audience and also leave space for interpretation in live performance.” Don’t miss MST debuting some new “freegrass” tracks this week.

Founded in Philly in 2005 by Kurt Vile and Adam Granduciel, War on Drugs released their third studio album Lost in the Dream last March, which Pitchfork described as, “The most lustrous, intricately detailed, and beautifully rendered record to date.” The indie rockers will bring their unique sound to Mile High this week, and will also be playing in Boulder at the Fox on Thursday Oct. 9.

Jean-Philip Grobler is a South African born-Brooklyn based musician with an affinity for synth-pop. He is heavily influenced by 80s tunes, especially Michael  Jackson. St. Lucia released his first full length album When the Night about a year ago this month.

Who doesn’t love Canadian indie rockers? Come on. Their new album Brill Bruisers was just released in August. And let us not forget that The New Pornographer’s singer Neko Case’s most recent solo album The Worse Things Get, the Harder I Fight, the Harder I Fight, the More I Love You (2013) hit Number 1 on the US Indie Charts. This is a band chock full of undeniable talent. NPR has praised the band as “unimpeachable pop gems.” Lead singer AC Newman describes Brill Bruisers as “a celebration record.” He goes on to say, “After periods of difficulty, I am at a place where nothing in my life is dragging me down and the music reflects that. We wanted Xanadu and we wanted Sigue Sigue Sputnik, which translated into sparklier and faster.” Don’t miss out on the celebration this Saturday.