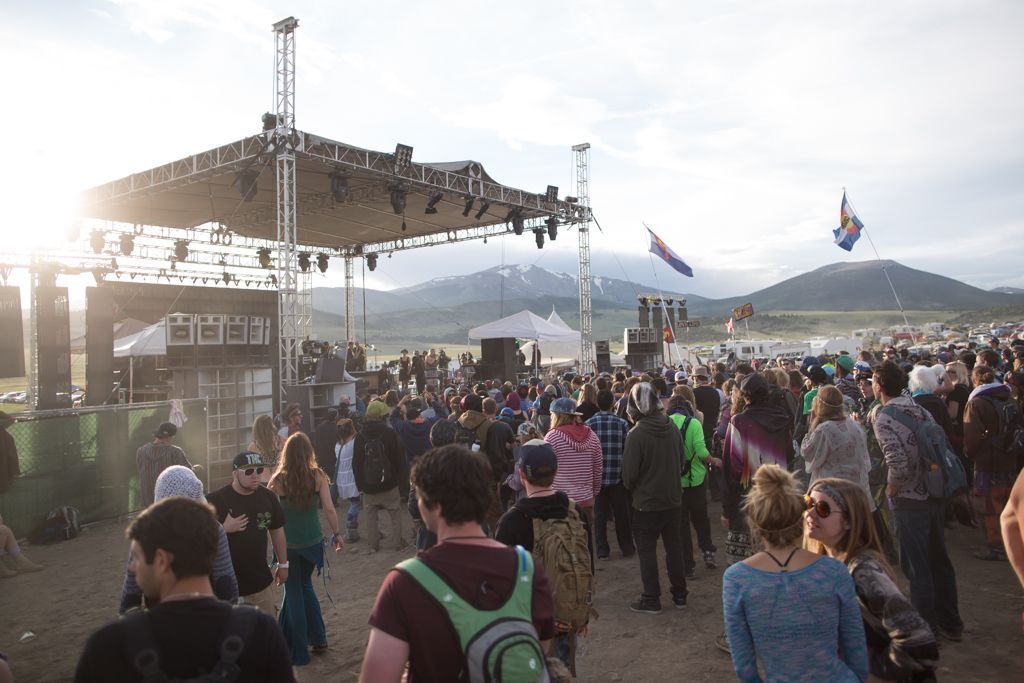 Colorado’s Sonic Bloom Music Festival invaded a small and beautiful valley in South Park this past weekend, drawing intrepid travellers from all over the state as well as the country. The four day festival began smoothly last Thursday with a line of cars turning down a small dirt road towards the camp grounds. The miniature city of tents, cars and RV’s grew overnight and quickly enveloped and enclosed the festival stages and shops. The festival and camping areas were open and spacious, but were close enough together to ensure that shuttles wouldn’t be needed and everything could be reached within minutes on foot. 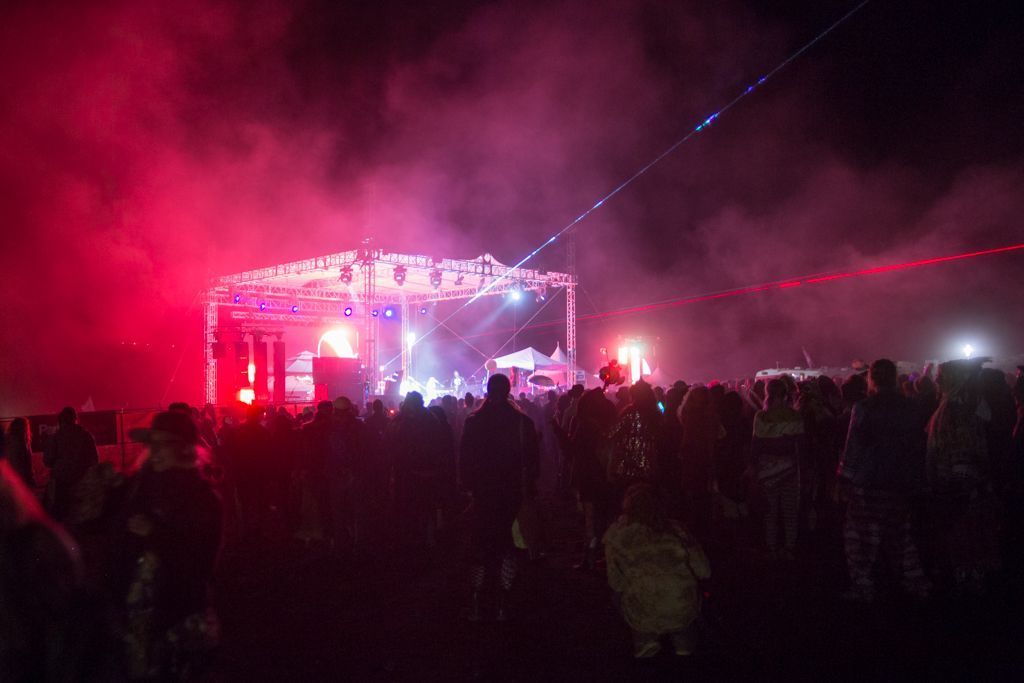 The music started as the sky began to darken Thursday with the opening ceremony welcoming everyone officially to Sonic Bloom. Sunsquabi took to the Bloom Main Stage after that and got the festival officially started with some tasty jams. The music that night continued beautifully, with every set garnering large crowds all dancing and writhing together. Kaminanda and VibesquaD were the last two acts to come onto the Bloom Stage, creating a swirling sea of bodies all bouncing and thrashing as one. The pounding feet of the hundreds of festival goers threw up clouds of dust, therein revealing the profound downside to Sonic Bloom’s new location. For all the beauty of its isolation, rolling hills and open fields, dust storms that swept through the festival put a small damper on things. Sonic Bloomers were not deterred in the slightest however, donning all sorts of bandanas, scarves, masks and goggles to protect themselves. Despite the dust, everyone’s spirits and energy levels were soaring as night one of Sonic Bloom came to a close. 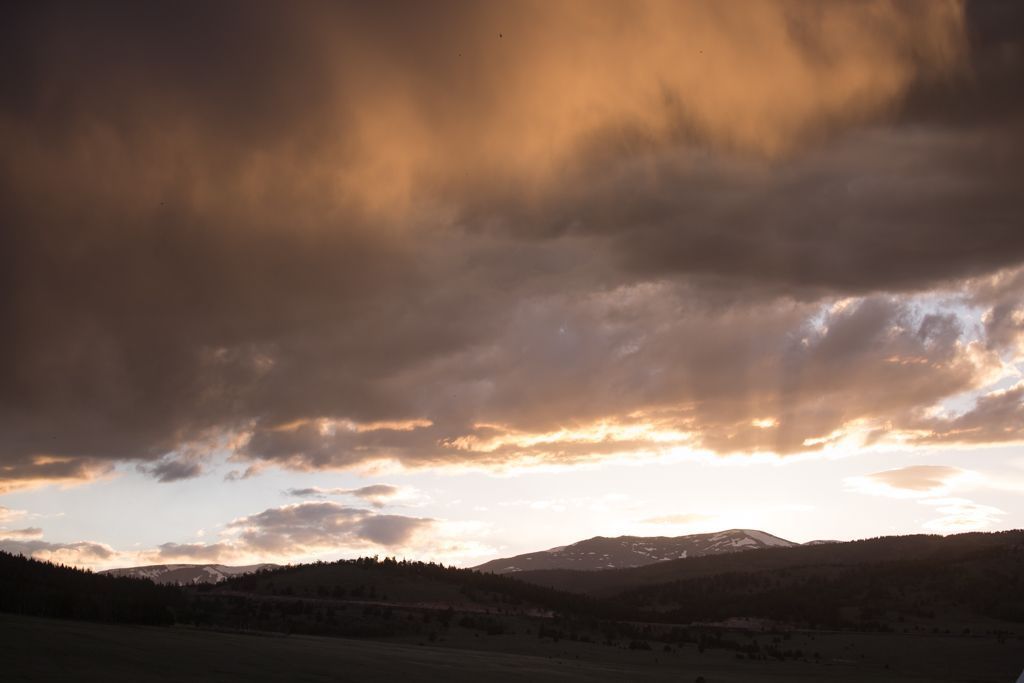 Day two saw a beautiful sunrise creep over the quiet green basin. The campsite slowly came to life as light invaded tents, hammocks and car windows. The smells of bacon, eggs and all kinds of breakfast foods began to permeate throughout the clusters of tents. As the day went on more and more people began to wander the grounds, shopping around at the merchandise booths or visiting friends at nearby campsites. Music began by 12:30 PM with Numatik on the small but incredibly beautiful Hummingbird Stage. The stage was wrought out of wood and inlaid with some incredible carvings, and at night the stage glowed a rainbow of colors that all blended into one another. 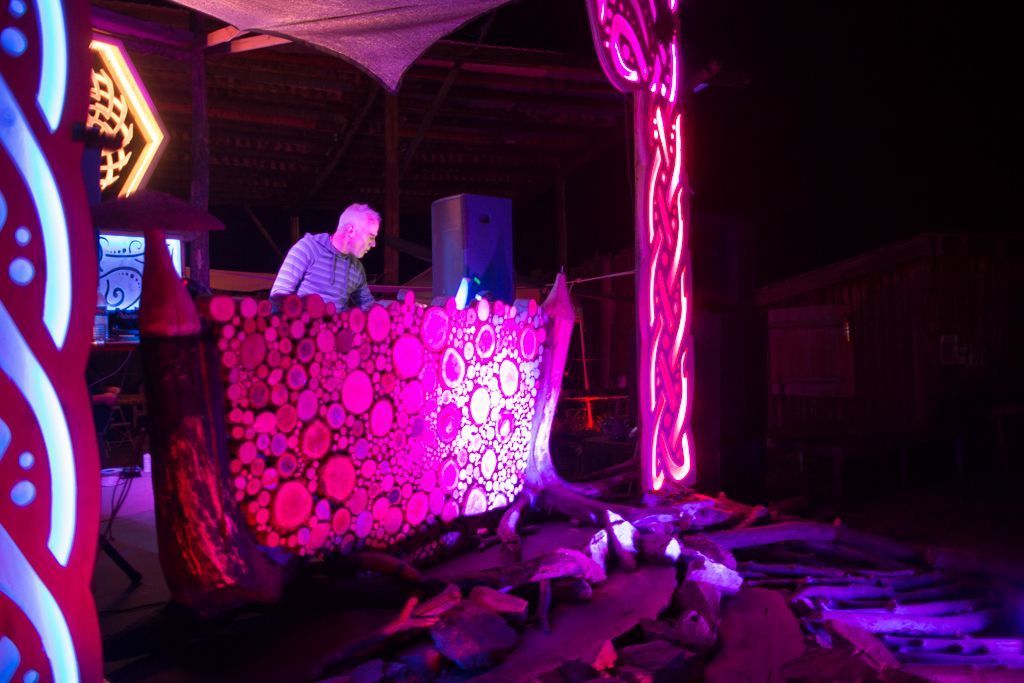 Friday continued with a multitude of artists who all threw down beats that the crowds ate up. Dyno Hunter, Zoogma and Ott. all blew up the Bloom Stage, dropping wild tempos that forced people into a tribe of dancing circus folk. They certainly warmed up that main stage for the headliners of Sonic Bloom, and The Polish Ambassador and Tipper certainly did not disappoint. Tipper opened for Polish with his first of two sets that weekend, playing an amazing downtempo set accompanied by gorgeous kaleidoscopic visuals by Johnathan Singer projected onto an enormous white sheet. 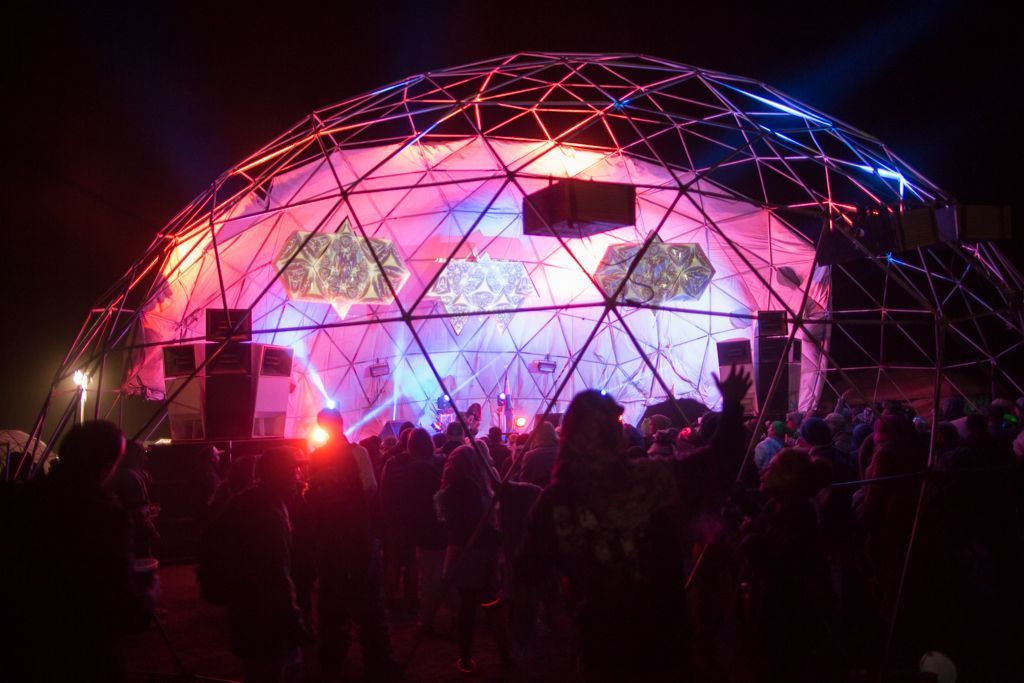 Tipper showed Sonic Bloom his skill as a producer and DJ, enveloping the crowd in his clicking and popping electro music. His music sways all over the musical spectrum, altering and changing as much as the visualizer behind him. The Polish Ambassador came on after Tipper’s set to close the night and pump up the tempo, dancing like his usual goofy self in his highlighter yellow jumpsuit. He played more of a funky set, getting the crowd grooving again. While Polish was getting jazzy on the Bloom Stage, Kayla Scintilla was performing a more psychedelic set at the awesome CO Dome. That trippy vibe had also attracted a large crowd of people, filling the geodesic dome and the surrounding area. Both Polish and Kayla were great acts to end the night, closing out Friday with lots of flair and energy. 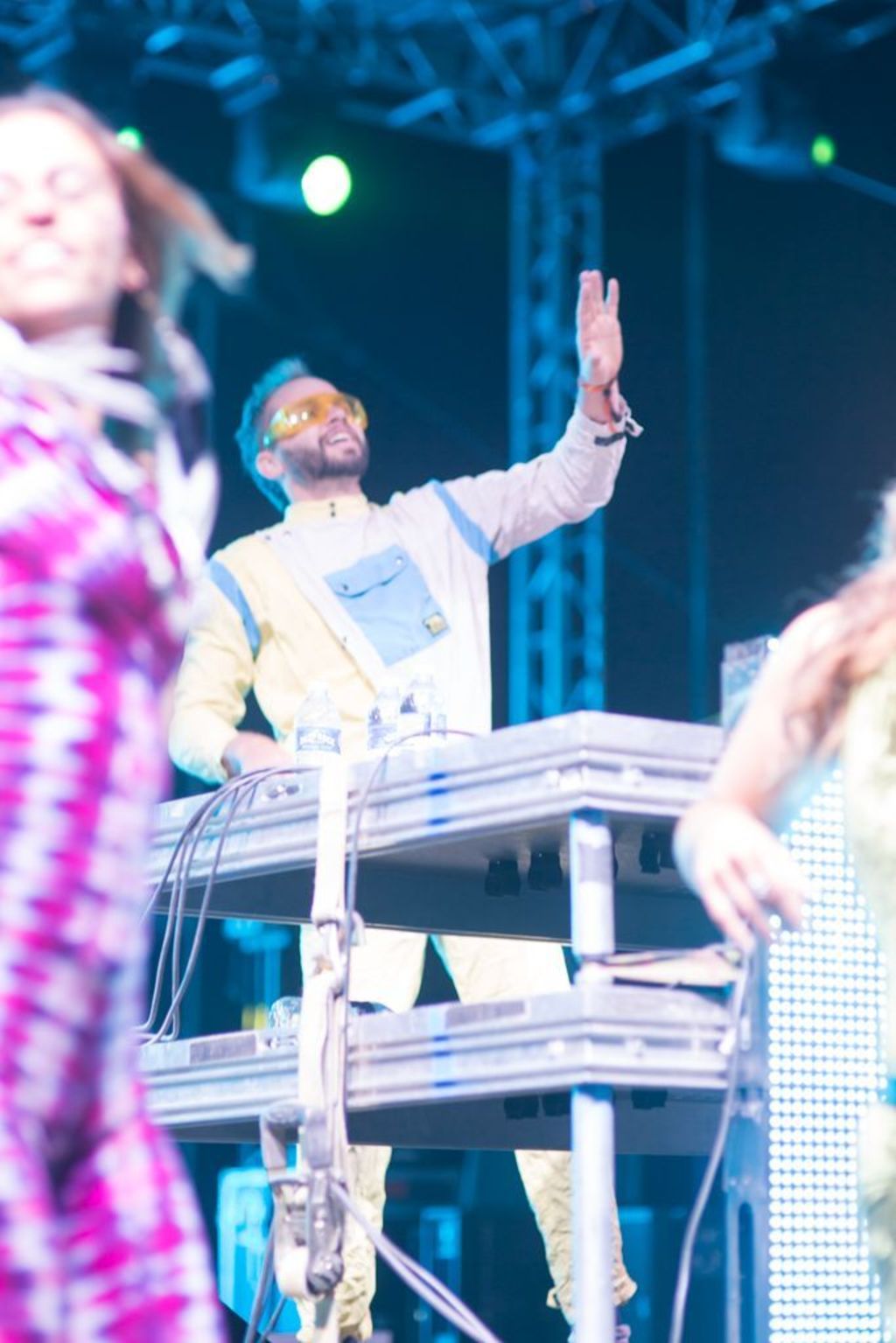 Saturday was another incredible day for music at Sonic Bloom. With Acorn Project kicking off the day on the Bloom Stage, the music began with some electro-funk that got everyone nice and loose for day three of the festival. The energy continued to climb with D.V.S., Signal Path and the Michal Menert Big Band on the Bloom Stage, all of whom blew the crowd away. At the CO Dome, Zion-I got the crowd jumping with their quick Hip-Hop rhymes, before giving the stage over to Paul Basic, Supervision and Michal Menert for a sweep of Pretty Lights Music vibes. 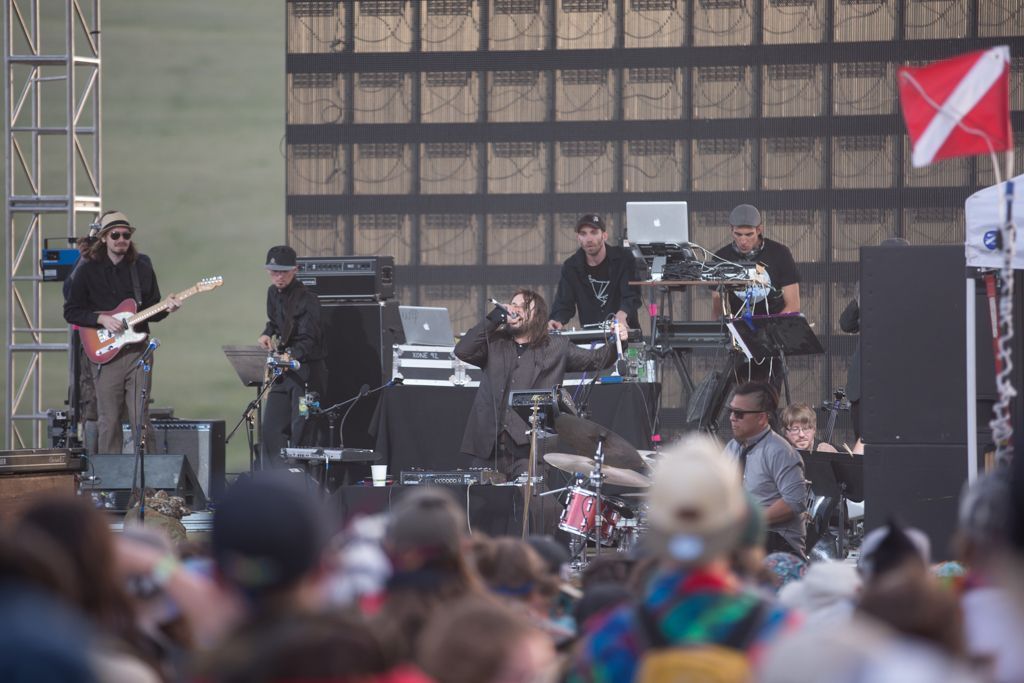 Meanwhile, Opiuo prepared the crowd for a second Tipper set on the Bloom Stage with some heavier electronic music that whipped the crowd into a frenzy. For this set Tipper used a huge and incredibly detailed three-dimensional stage setup to project his visuals onto. Android Jones’ visuals were another maelstrom of color blends and churning pictures of different scenes and objects. This set was a lot more uptempo from Tipper’s set the night before, hypnotizing the crowd with rhythmic and heavy bass music. Due to a storm delay earlier in the evening, by the time Tipper was closing out his set the sky was starting to lighten into dawn. 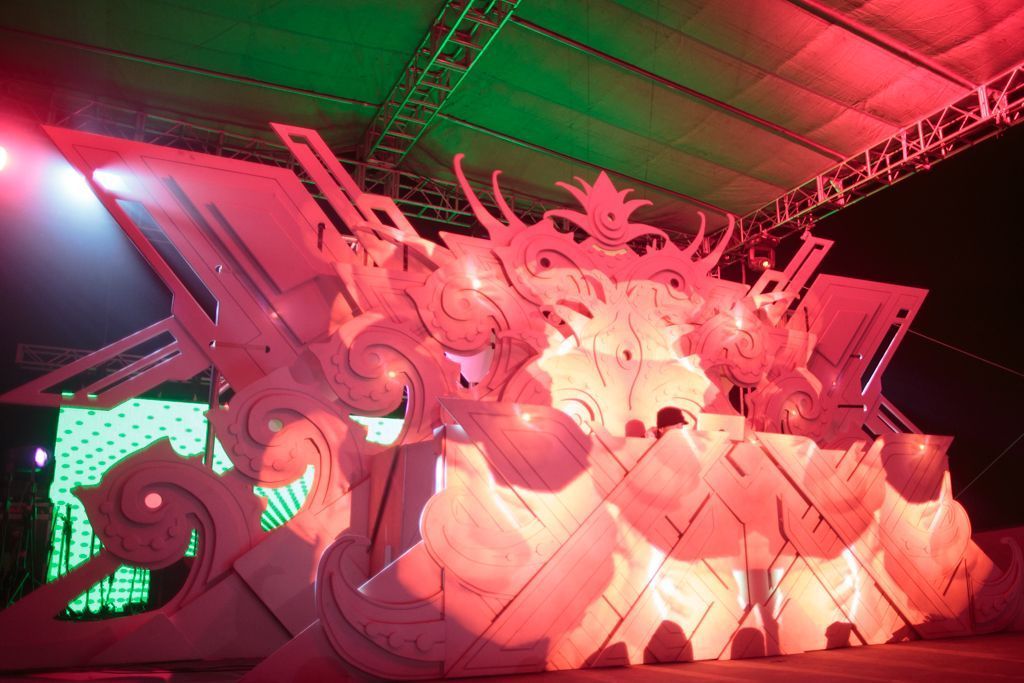 Sunday was a more relaxed day since no one had really slept the night before. People congregated for yoga and stretching workshops or did their last minute festival merchandise shopping during the day but a good part of the festival decided to sleep in. Zilla, Jamie Janover’s group, performed late in the afternoon that day and absolutely killed the Bloom Stage. At the same time, Random Rab’s alter ego, Mour, performed a darker electronic set at the CO Dome from what Rab fans are used to. Break Science played on the Bloom Stage following Zilla, performing in their trademark duet fashion. They rocked out on their drums and keyboard before Shpongle took the stage to bring more psychedelic sonic texture to the festival. More intense and colorful visuals complimented the transcendent bass music. Eoto followed Shpongle, jamming out their favorite Dubstep anthems. The Sonic Bloom Orchestra came on as the last act of the festival on the Bloom Stage, bringing out all kinds of different instruments to use. They closed the last night wonderfully, really playing their hearts out. Random Rab might have been the actual closer however, as he played one of his famous sunrise sets at the CO Dome, giving Rab fans another great set to grind to. 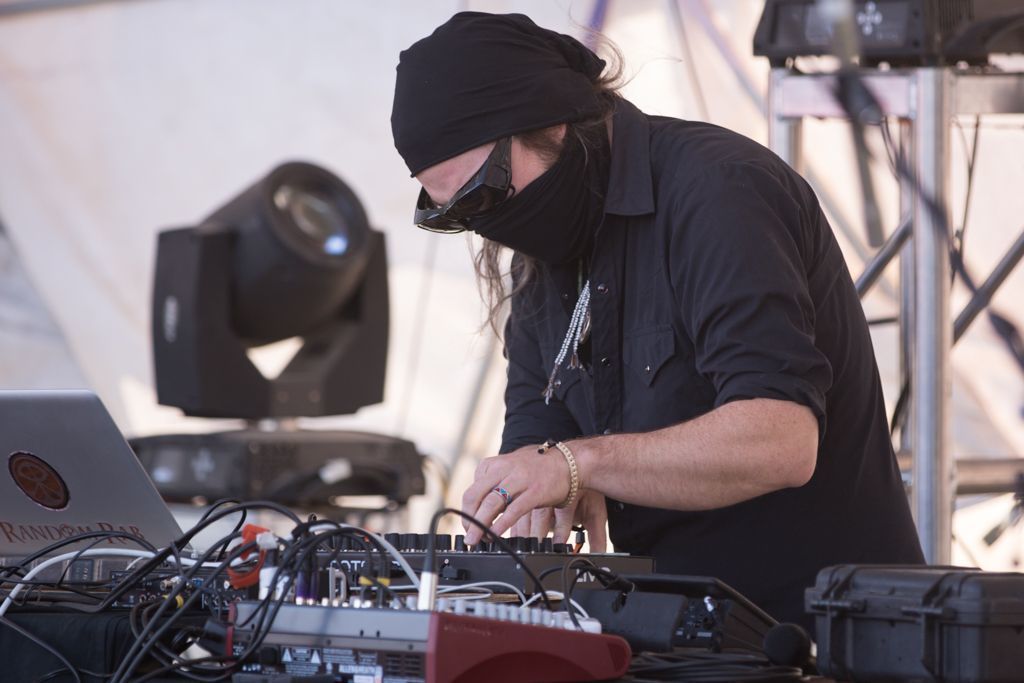 Overall, Sonic Bloom was an absolutely incredible festival this year. Between all of the amazing music, the wonderful merchandise that people made or brought to sell, the beautiful live painting and art exhibits that were scattered throughout the grounds, the live acrobatics and fire dancing that occurred on stage during performances, Sonic Bloom was an environment of fun and excitement that everyone completely loved to be a part of. Each of those elements added something to the festival that made it that much more spectacular to witness and experience. Sonic Bloom was a massive success this year and it will be very interesting to see how they can top next year. Sonic Bloom remains spectacularly Colorado at heart and is one of the best music festivals to call this state home.

All photos taken by Jeremy Stephen