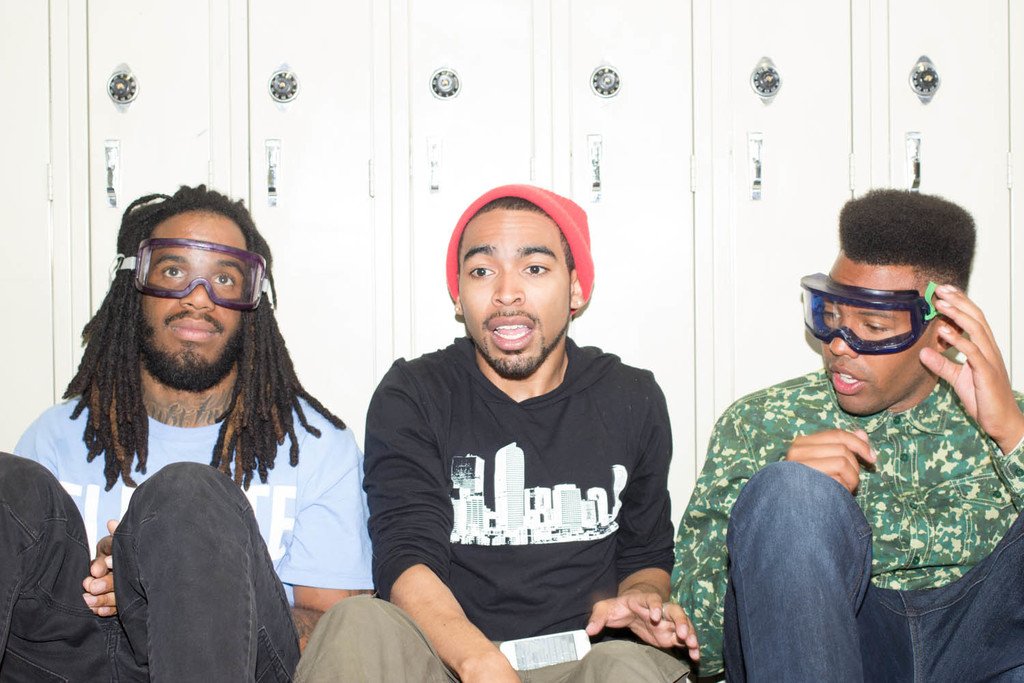 Sometimes, the best hip-hop albums come from collaborations that don’t necessarily operate under one name or consider themselves a fluid “group”, i.e. Nas and Damian Marley’s Distant Relatives, or Yeezy and Jay-Z’s Watch the Throne. 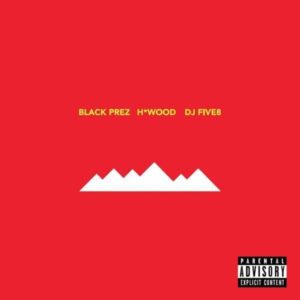 Now take that sort of dynamic to the Mile High City, and you will find a stunning example of this kind of tight collaboration with the recently released Code Red album, from Colorado-native lyricists Black Prez and H*Wood, with beats by DJ Five8. Code Red demonstrates the local love that each of them has for our state, but in an album that could easily translate to national audiences. 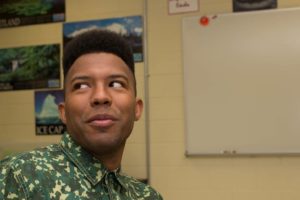 Each of the album’s collaborators brings their own flavor to the Code Red melting pot. Black Prez seems like the light-hearted, Cosby sweater-wearing smart guy who occupies the same hip-hop niche as the likes of Childish Gambino. Recently relocated to Los Angeles, Prez is well on his way to big-time notoriety, and this album is going to add a gem to his musical repertoire.

On the other hand H*Wood, native to Aurora, keeps to a little more traditional hip-hop schematic that adds a sharp, edgy flair to the vocals. While their rhymes build upon one another, their sound remains distinctly stylized to each respective individual. Yet the highlight of their work together is that they went about creating a highly marketable album that is far more conscious than any cut-and-dry club banger, yet doesn’t sacrifice fun and playfulness to be such. 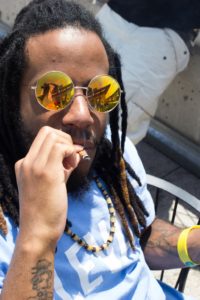 And as is common in hip-hop, the undeniable glue that makes this album exceptional is DJ Five8’s diverse production. Moving from futuristic electro-indie vibes reminiscent of groups like The xx on tracks like his “Intro” to dark more metal vibes on ones like “Fear“, his beats chameleon seamlessly around the themes of each track.

Although my personal favorite addition to this group are the ethereal vocals of Yasi, whose gracious pipes take the chorus hooks to another level, making them just beg to be sang along with.

Code Red totals to twelve tracks and plays through very naturally, which is good news if they plan to take this album on any tours or live performances. The idea of simply performing the album, as published, is not a bad one as the tracks flow well into one another.

First out of the gate, “Intro” bears mentioning because it previews for the listener what disposition to expect on the rest of the album. Its aura is downtempo and contemplative, showcasing Five8’s thoughtfulness in how he creates a background that scaffolds the lyrics weight.

With the second track, “Follow” we finally hear the messages of Black Prez and H*Wood, who start us off with their thoughts on dreams, originality, and leadership. Then we segue into the first single off the album “That 303“, serving as an homage to the town we all know and love. The video for the track goes even further in honoring our capital city by blasting ride-by shots of places we can all recognize on Broadway, Larimer and even the Mile High Sports Authority Field.

This writer’s personal favorite track comes in with “Suddenly“. Here Yasi’s talent shines the brightest and DJ Five8 takes an acoustic turn with natural piano and guitar acting as the spine of the tune. The track’s theme surrounds the lingering ghosts of our relationships. Thus “Suddenly” plays like a memory, with Yasi’s glittering vocals echoing throughout while Prez and Wood reflect in an inner dialogue style that manages to evoke the frustration of those never-really-ending relationships, but without being resentful or angry, which isn’t this song’s nature. 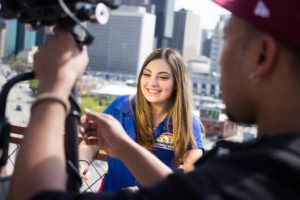 Following up as one example of the diversity of this album is “Fear“, where Five8 takes the metal/industrial route with the beat. It starts off on the attack, with the first lyrics non-apologetically stating, “Well I guess I’ll be the ass-hole“.

But “Fear” doesn’t simply delve into enraged nonsense, rather it forms a serious commentary on the dog-eat-dog quality of the game and realities of urban life. Prez and Wood give us a glimpse at the tormented “devils” that exist within.

The intentionally sexiest of all the tracks comes in “Make Me Feel“, where Yasi steps back in with some catchy “ooa-ahhs”. It’s no surprise this one harkens to some major R&B influences, considering Prez and Wood are talking about their desire for the perfect girl, which is the topic of like 85% of all R&B songs. 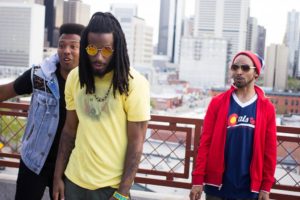 Later, we hear another total genre-bending track called “Tonight” that literally sounds like it belongs in the promo video for EDC Vegas.  With a celestial sounding hook that repeats, “And tonight, we got no where to go, nowhere to be but here” and some super glossy production, it is a pretty Gen. YOLO track. It even has a proverbial ‘drop’ and a super glitchy interlude that follows. But this EDM diddy would get all the kids in the clubs dancing, proving that the Code Red trio can pretty successfully take on any genre they want.

Yet it isn’t all pure gold, and one of the weaker points in the album comes in with “P.F.M.” (stands for Peyton F*cking Manning) that, despite repping our beloved quarterback, gets a little repetitive and sounds a bit forced at points. For me, it has just one too many “get the analogy?” tropes in Prez’s verse.

Examples:
“Going back to my old roots, like the movie Roots but without the old dude” – Prez, I do not have time to re-watch the entire Roots mini-series to understand this reference.

“I like girls and if more can bang up on the carpet then I call that shit a floor plan, get it?”  – Nope, that one goes over my head, at least.

“Y’all barely got game like a PS4.” – I suppose this indicates that the selection of games available to PlayStation 4 is limited. Burn.

“(W)Rapping like I work at Chipotle.” – LOL okay this one is pretty funny.

But that is just one very forgivable verse on a track that I’m sure some crowds would still really like.

Overall though, Black Prez, H*Wood, and DJ Five8, with the help of lovely ladies like Yasi and Molly Burnett,  managed to create a one-of-a-kind album that navigates its own path through multiple genres, themes, and moods. With such an impressive specimen of work from local talent, this album deserves just as much love from the Denver scene, as it gives to the Denver scene.

Currently, they don’t have any shows to perform Code Red booked, but it is definitely worth keeping an eye out for.