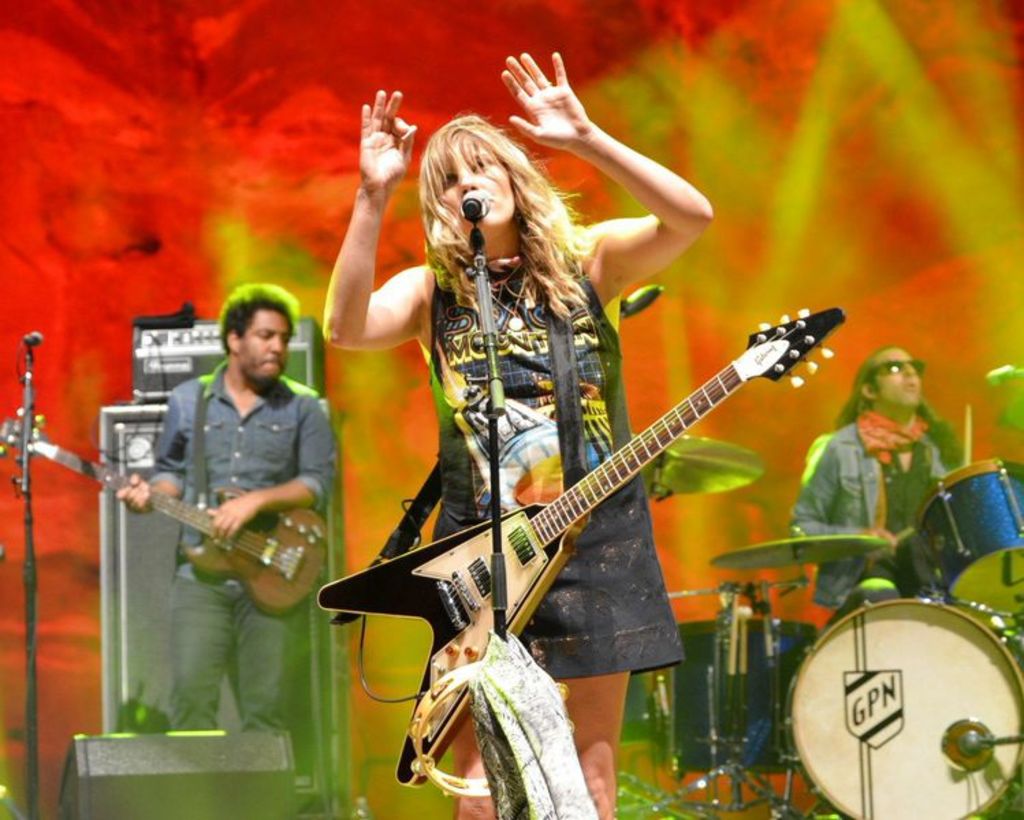 What You Missed at Grace Potter and the Nocturnals 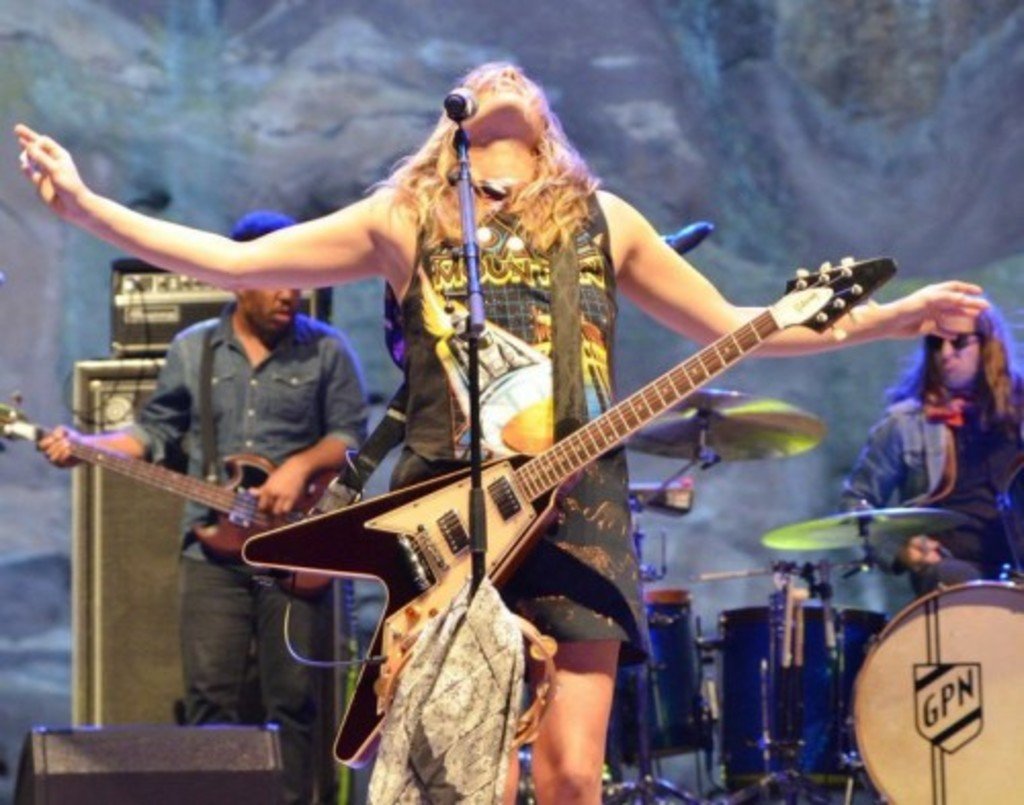 There was no room for mediocrity at Saturday night’s Red Rocks performance. Grace Potter and the Nocturnals headlined a packed amphitheater with the equally talented Trombone Shorty and Orleans Avenue and Lake Street Dive opening up the show as one hard-to-follow act after another.

Lake Street Dive kicked their set off at 6:30 p.m., exposing the audience to their notorious brand of Motown-meets-Rock. Rachael Price, the lead singer, has a pair of vocal pipes that would make even the most legendary crooners envious. While there is no doubt that Price is a distinct and irreplaceable component of the group, that fact doesn’t discount the extraordinary talent of the supporting members of Lake Street Dive. Mike Olsen, the guitar and trumpet player, proved deft at his two instruments, while drummer Mike Calabrese surprised the audience with his own vocals skills halfway through the set. Bridget Kearney on the upright bass demonstrated her musical aptitude throughout her quick-fingered, string-bouncing solos. By time they moved into their hit “You Go Down Smooth” towards the end of their set, they had the crowd hollering for more. The group received a standing ovation for their performance.

Following Lake Street Dive was New Orlean’s native Trey ‘Trombone Shorty ‘ Andrews and Orleans Avenue. Don’t let his name fool you, ‘Trombone Shorty’ is by no means short, but by all means a handsome, bombastic band leader who doesn’t shy away from the crowd’s attention. Orleans Avenue is Andrew’s backing group that includes guitar, bass, drums and two saxophones, in addition to Andrew’s own trumpet and trombone.

The set started off with a heavy, dark riff and forceful percussion that sounded almost metal until the jazzy brass element entered.

Not far into the performance, a power surge caused all the sound and lights to go out, likely due to the nearby lightning in the area. It was a bizarre sight, with even the lights that illuminate Red Rock’s two monoliths totally dimmed.

Soon though, all light and sound had returned, except for the microphones, which seemed to be having issues coming back on. But like a true leader, Andrews remained confident and charismatic despite this obstacle. He never seemed to express outward frustration with the production hiccup.

When it seemed that the microphones were going to take a minute to resuscitate, he put his trombone up to his lips and began to rip it out acoustically. The guitars and percussion were able to back his trombone up over the speakers as they were already hooked back up to power. Nonetheless, the brass section approached the front of the crowd playing their instrument and managed to get everyone up and dancing without any help from an amplifier. Eventually they received word that the microphone mishap was resolved and the set went on, not having wasted a moment of time.

And that brilliant triumph wasn’t even the highlight of their performance. At one point Andrews proved his impressive circular breathing skills by holding out a tune on his trumpet for roughly about two to three minutes without breaking. With the video cameras zoomed in on his face, the whole audience could watch his nose and mouth coil and expand with each powerful breath. It was a feat that more than likely most of the crowd had never witnessed.

Was it mentioned that Andrews can also belt it out from his lips, sans trombone? The man clearly has breath control and diaphragm use on lock.

He finished out the set by walking far out into the crowd while performing an interactive version of “Do To Me”. For the entirety of their time on stage, Trombone Shorty and Orleans Avenue kept the audience hypnotized.

Finally the much-anticipated Grace Potter and the Nocturnals (GPN) took to the stage. Potter herself danced onto stage to an eruption of applause. She raced about with the energy of a mustang, oftentimes pulling out her Gibson Flying V and joining the boys in her band for extended improvisations. Other times she would grab her acoustic guitar and take the mood down a notch with easy-going singer-songwriter styled tunes. Either way, she was impossible to look away from

If you aren’t familiar with GPN’s sound, then consider if Led Zeppelin, Melissa Ethridge and Fleetwood Mac all lived in a commune together and raised a child. Said child(ren) would grow up to be Grace Potter and the Nocturnals. And although her mama may be folk and her daddy is rock, uncle Motown, aunt soul and brother jam came to visit often. Overall, Potter’s voice possesses a certain ‘country twang’ by any classic examination, but the conscious diversity that GPN threads throughout their musical repertoire affords the group a much wider genre.

One of the most touching moments of the show came when Potter stood in front of her classical piano and recalled individuals who passed away recently. She reminded her audience that our deceased loved ones “are always with us”. She went on to note how she had recently lost someone close to her whose whose funeral was that day, but explained that the deceased would have been “pretty pissed” if she bailed on her show. Potter then launched into a heartfelt rendition of “Stars” in their honor. 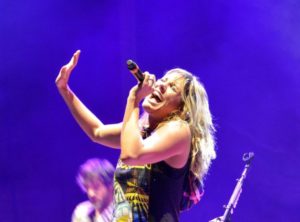 When GPN initially finished playing, the band came in for a bow and then gathered in a huddle for about a minute. As Potter took to the microphone again she said she was going to spare the audience the fake pre-encore exit because she considers it “nonsense”.

They saved some of the best tunes for the end, including a cover of The Rolling Stones’ “Wild Horses”, in which they brought out Lake Street Dive’s Rachael Price to help with.

The encore also included GPN’s instantly recognizable hit “Paris (Ooh LaLa)”. When GPN finally did exit the stage, the audience stood applauding in gratitude for the never faltering intensity that was brought that night. The show concluded at a decent hour, around 11:15 p.m.

Potter isn’t afraid to head bang, be goofy and interact on a personal level with her audience. She is something like a tornado: powerful, captivating and if you’re around her, you can’t help but be pulled into the whirlwind.

To see more from Saturday night’s performance, check out our photo gallery of the show.