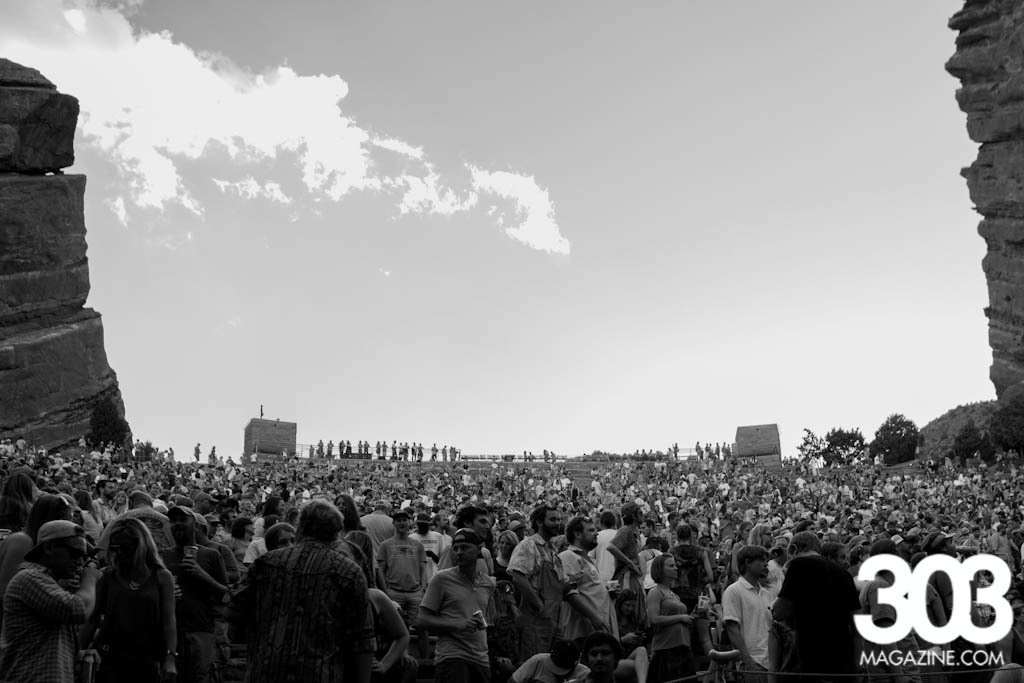 After a long weekend of chasing rainbows with Railroad Earth and my technicolored hobo family of mismatched misfits (combined with morning work shifts each day), I was pooped. But if there is one thing worth peeling your sleepy butt off the couch for on a Sunday evening, it’s a date with Warren Haynes and the Colorado Symphony at Red Rocks, playing the music of the one and only birthday boy of the weekend: Jerry Garcia.

Jerry Garcia would have turned 72 this past Friday, August 1, if it weren’t for his unfortunate and untimely death on August 9, 1995. But Jerry continues to live on through the rest of his Grateful Dead band members, tribute bands, and his talented musician friends, who continue to do justice to his legendary career.

Warren Haynes put on an impressive performance- as always- on Sunday evening at Red Rocks, while backed by the Colorado Symphony and all of their glory. It’s hard to imagine, during the Dead’s career, that someday their music would be recognized and interpreted by orchestras across the country during this Jerry Garcia Symphonic Celebration tribute tour. The strings and the horns (and the gong and the tuba!) filled in the original Grateful Dead tracks with such depth and texture that breathed new life into their very composition. Warren’s backup singers piping in added dramatically to the intensity and the climax of songs such as a long and roaring Terrapin Station– which was certainly the high point of the evening. Dark Star > Bird Song was a warm and welcoming opener to the show, followed by a sweet version Uncle John’s Band and then a funky Shakedown Street, which got the amphitheater good and warmed up during the first set. West L.A. Fadeaway was dark and bluesy and the Stella Blue encore was lovely as ever.

Charles Caleb Colton once said, “Imitation is the sincerest form of flattery.” Without a doubt, Jerry would be sincerely flattered if he could have heard last night’s show.

Warren Haynes is truly a master. Not only is he a soulful, rip roaring guitar prodigy, but he is the king of paying homage to our fallen soldiers. A few years ago when Levon Helm passed away, he was supposed to be headlining the New Orleans Jazz & Heritage Festival. Who sat in during his set? The Warren Haynes Band (with Dr. John) played a tribute to the man from The Band. Warren does the Doors, the Allman Brothers, Van Morrison, and everyone in between- not to mention his own original stuff.

No one does music like Warren. The man emanates the very meaning of rock and blues music with such passion and fervor- and with the sincerest intentions. And for that, we thank him.

The Grateful Dead performing Terrapin Station in 1987 in Anaheim, CA: