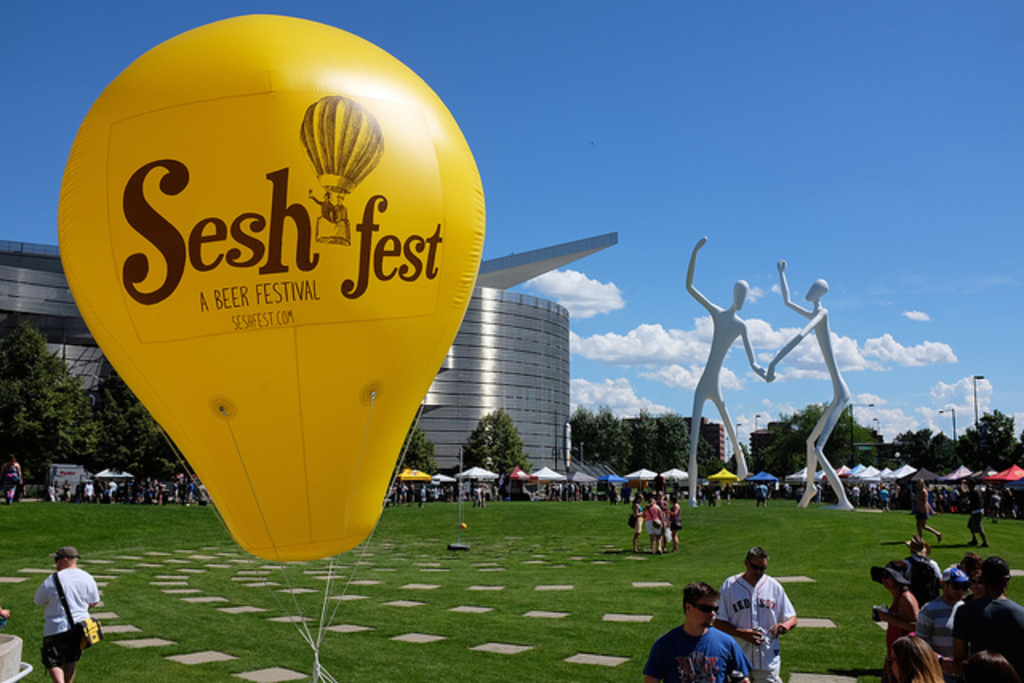 What:  Sesh Fest by Imbibe! Denver and the Colorado Brewers Guild
Where:  Sculpture Park, 1101 13th St, Denver
When: August 2nd from 3:00pm to 7:00pm
Pros:  One of the best festivals I’ve attended
Cons:  Sunburn from the beautiful weather

A lot of people talk about “the perfect weekend,” but the folks at Imbibe! Denver and the Colorado Brewers Guild should be considered experts on the subject.  Sesh Fest delivered exactly what was advertised, giving patrons a variety of delicious session beers accompanied by fun diversions. Here are four specific ways that Sesh Fest was a success:

The Perfect Saturday Afternoon in Denver

I knew that Ska Brewing was releasing Rudie Session IPA during Sesh Fest, but I expected to have to get in line at their booth and catch a six ounce pour.  Instead, just inside the gate I was greeted with an ice cold can of the refreshingly bitter beverage alongside the complimentary tasting glass.  This set the tone for the afternoon, leaving a permanent smile on my face.

With a beautiful golden/yellow color in the afternoon sun topped with a creamy head and delicate lacing, Rudie is the perfect beer for a hop head looking to sip his way through an afternoon.  It brings a nice hoppy aroma with a subtlety that belies a big hop flavor that will drive IPA fans through the roof.  It doesn’t have much sweetness to balance the bitters, but has a light body and short finish that makes up for it.  This brew is more refreshing than I thought an IPA could be, and was a perfect way to start Sesh Fest. 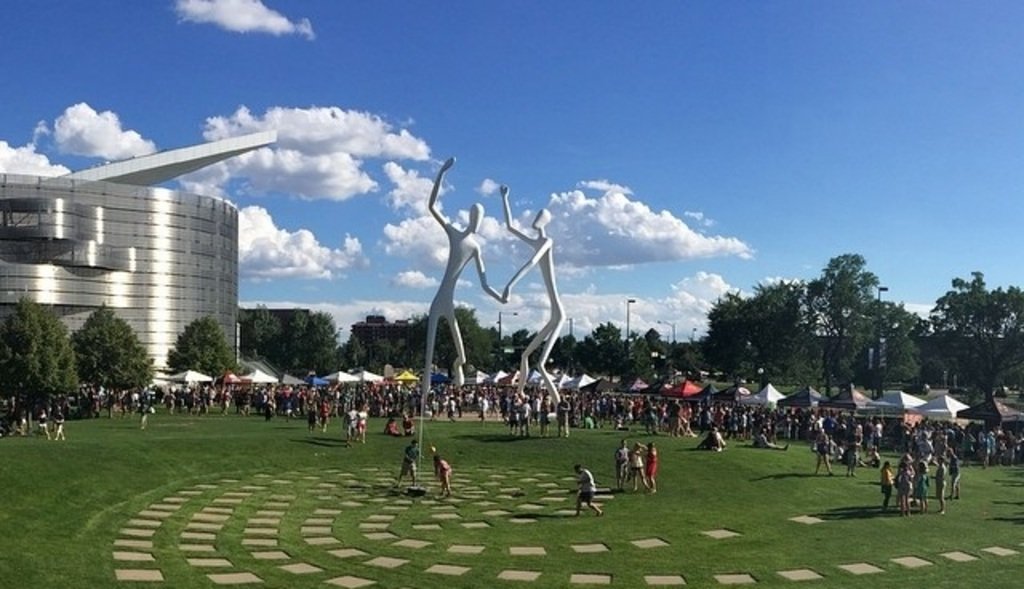 As an eclectic selection of tunes wafted over Sculpture Park under a clear mountain sky, Sesh Fest patrons did their best to abide while surrounded by amazing art and architecture.  There was the normal din of a beer festival, but it was broken up by lawn games, impromptu Sesh Fest artwork, and delicious food truck fare.  This relaxed atmosphere was best embodied by Dad and Dude Breweria’s tent, featuring Big Lebowski-themed posters and some delicious beers to accompany their Dudeist-inspired logos.

Dad and Dude’s was the big surprise of Sesh Fest, with a lightly cloudy yellow color accompanied by a somewhat dank lemongrass aroma.  It was light and refreshing with a strong bitter flavor mellowed somewhat by slightly sour notes and a touch of sweetness.  I was so surprised by this beer, I got back in line to try their Peachy Berlinerweisse, which also didn’t disappoint.  This was the tent to lounge near, as their brews were worth revisiting.

Steve Kurowski of the Colorado Brewers Guild told me that Sesh Fest would be more than yellow lagers, but part of me was suspicious.  Leave it to the Colorado craft brew scene to prove those suspicions groundless, with every style you can imagine (and some I’ve never heard of) available to quench your thirst.  No tent embodied this more than the folks at the Old Mine, putting their session cider on display to remind everyone that there’s more to the craft brew scene than hops and malt.

What struck me hardest about this cider was how the flavor brought me back to the autumns of my childhood, sipping (non-alcoholic) apple cider around a bonfire making s’mores and playing pickup football.  The mouthfeel is lightly syrupy and delivers a flavor that is neither too sweet nor too dry.  It’s normally against my beer festival policy, but I went back for seconds.  This cider is that good.

4.  …Accompanied by the Classics

In addition to wild peachy beers, ciders, and other eclectic fare, Sesh Fest brought any number of classics brewed to perfection.  Choosing one brew to represent this category was tough, with an array of Belgians, lagers, and pales that would more than fill the role.  But I had to choose a blonde from Butcherknife Brewing because it best represented the spirit of Sesh Fest.

This brew gives a light mouthfeel and wonderfully balanced flavor that is perfect on a hot day.  It was also cloudy and yellow with little head, its mild flavor is accentuated by the low alcohol content, giving flavor that would have been muted under the dryness of a bigger abv.  The malty sweetness and hops bitterness were both mild, the flavor slowly developing as you sipped the beer without overwhelming you.  Definitely a beer you can sip through a ballgame, the folks at Butcherknife know their way around a session ale.

Some festivals are energetic, some are unique, and some are downright insane.  It’s rare that a festival balances great beer, beautiful atmosphere, and plain old afternoon fun the way Imbibe! Denver and the CBG did at Sesh Fest.  I’m looking forward to the next event in the Lovibond Series because it will be great to see them top this event!